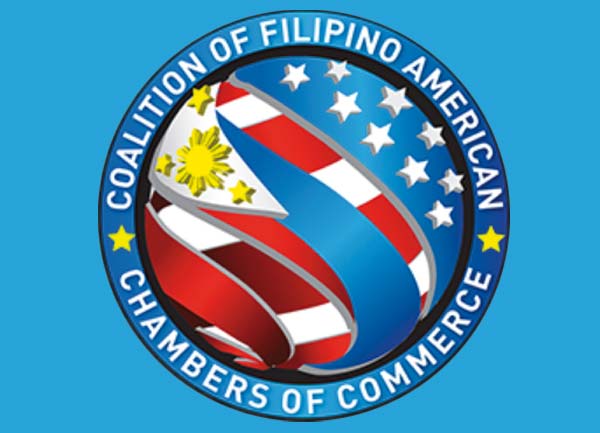 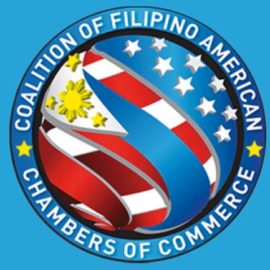 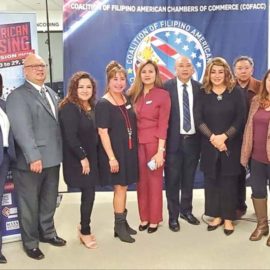 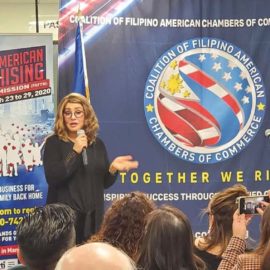 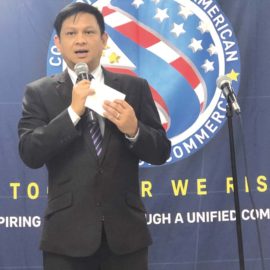 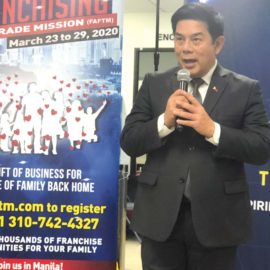 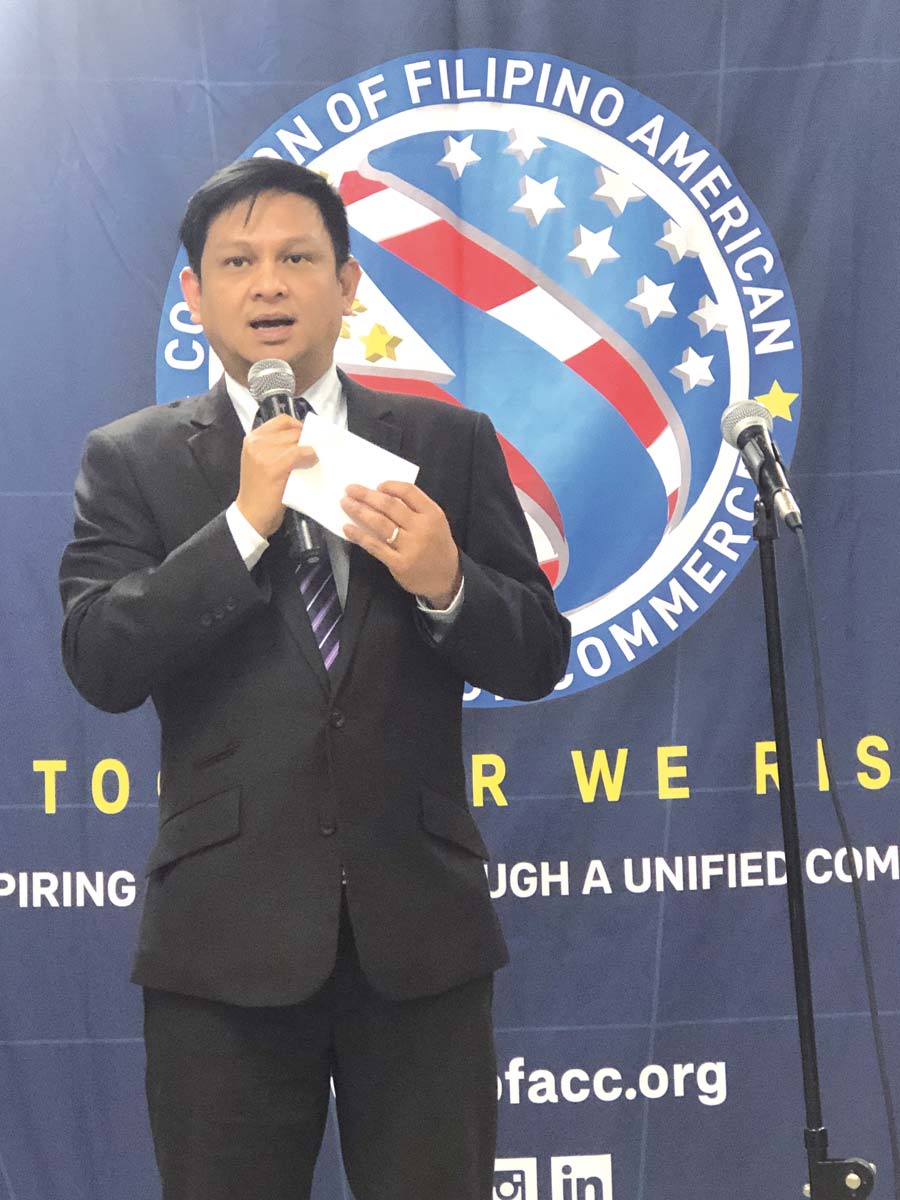 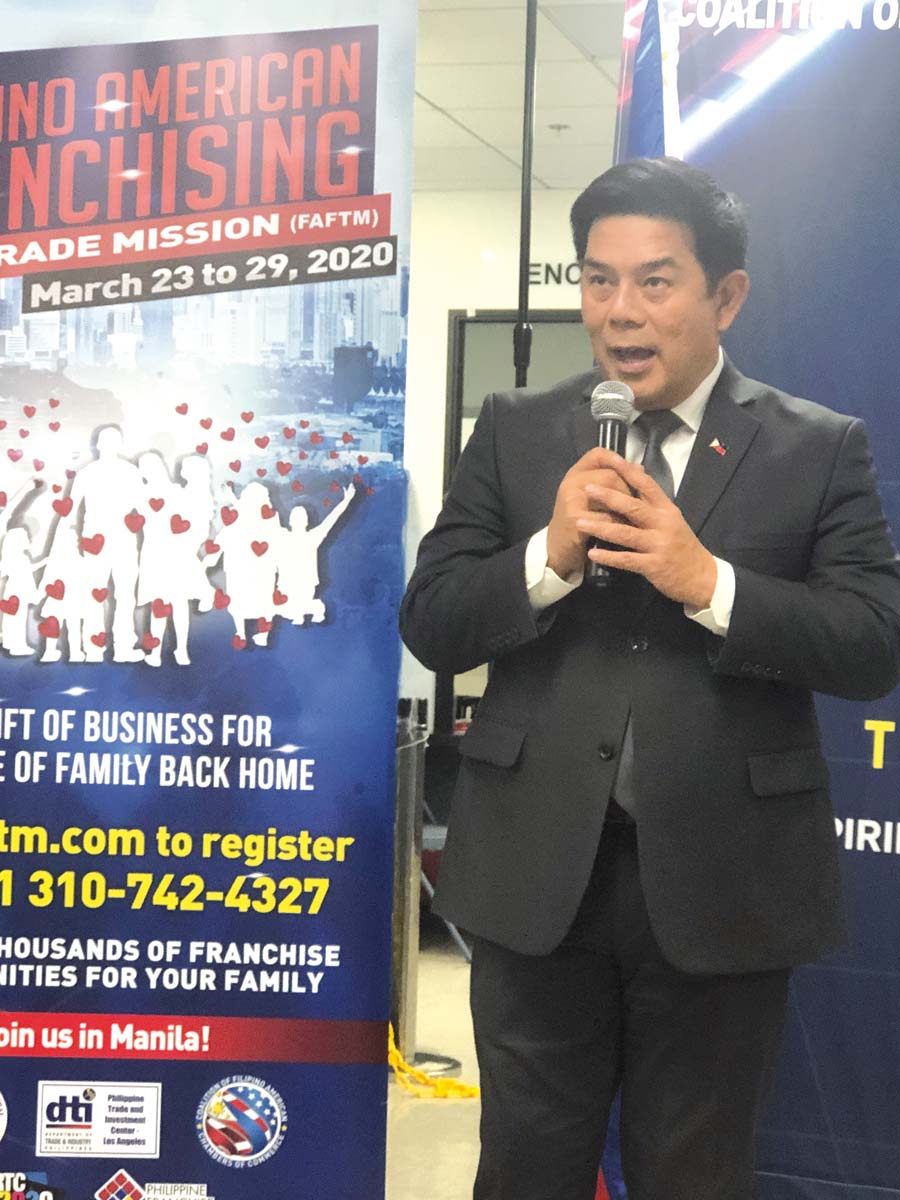 Consul General Adel Cruz and Commissioner Eric Elnar of the Department of Trade and Industry (DTI) were on hand to encourage the attendees to invest in the Philippines through franchising. Commissioner Elnar stated that the investing climate is growing as the government has been driving infrastructures, and the Gross National Product GDP has risen 6% in the past year.

Ellen Samson, president of FACC Foundation, emphasized her advocacy for teaching Filipinos “how to fish”, instead of giving them the fish. She is working for a continued change of mindsets, stemming from her “Push for Entrepreneurship” movement while she was president of the Filipino American Chamber of Commerce of Greater Los Angeles (FACCGLA).

The Philippines’ revenues are $27.6 billion in remittances, projected to be $36 billion in the coming years. Samson encouraged U.S.-based Filipinos to invest instead of giving dole-outs to give loved ones back home the dignity of earning a living and the pride of earning their own keep.

She stated that Filipinos are the best workers and employees, with a culture espoused in “safe” employment. It is time that Filipinos start investing their hard-earned money into a business that they own, instead of enriching an employer further, she emphasized.

Samson shared that there are at least one thousand successful small and micro businesses in the Philippines, as evidenced in the Philippine Franchising Expo held at SMX Convention Center last year.

For an investment as little as $5,000-$10,000, for example, you may start up a gasoline station, generic pharmacy, supermarket, among others. Food businesses are the most popular, and 64% of brands and stores at the Expo were 64% homegrown.

Delegates can be U.S.-based on Philippine-based, with the delegate responsible for their own travel depending on their place of origin. More information is available on www.faftm.com, by texting “faftm” to 90407 or call +1 (310) 742-4327.