THE expected Blue Wave for Democrats did not happen. Republicans kept control of the Senate.

This forms a split government with Democrats at the White House and Lower House while Republicans remain in control of the Senate. This limits President-elect Biden’s full-blown venture into tax and healthcare programs.

Regulation of the oil and gas industry will likely increase as President-elect Biden goes for clean energy. President Trump was hostile to renewable energy; instead, he tried to revive the coal industry. Biden wants to generate clean, American-made electricity to achieve a carbon pollution-free power sector by 2035. Renewable energy (wind and solar) is likely the biggest energy winner.

A divided Congress may be negative for financials. Round two of stimulus package may be lower than would have been in a blue wave.

He has 50 years of experience in defending taxpayers audited by the IRS, FTB, EDD, BOE and other governmental agencies. He is publishing a book on his expertise – “HOW TO AVOID OR SURVIVE IRS AUDITS.” Our readers may inquire about the book or email tax questions at vicsy@live.com. 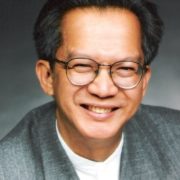 Should employees be paid for on-call or wait time if not free to leave work premises?