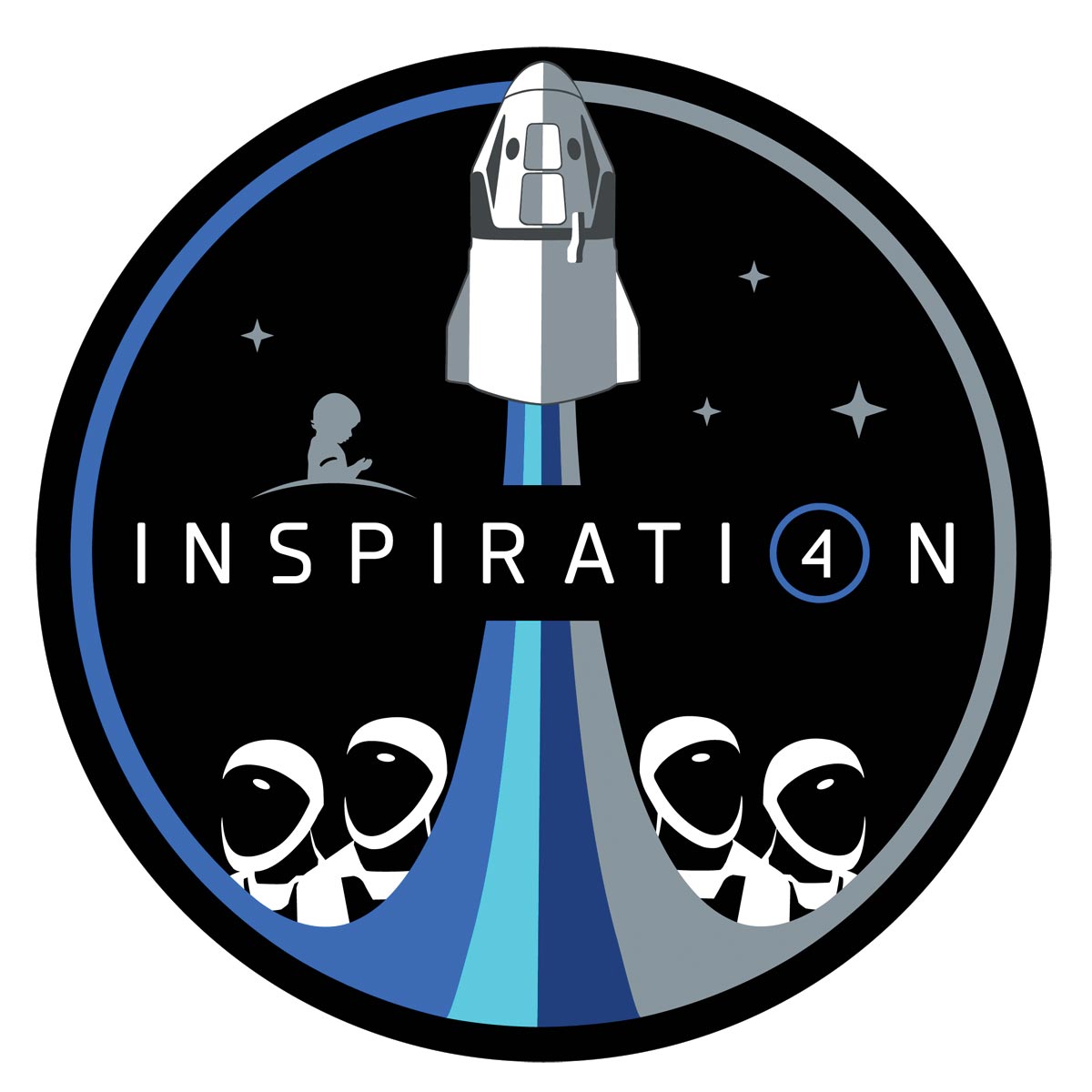 LOS ANGELES – Plans for the world’s first all-civilian mission to space were announced on Monday, February 1 from SpaceX’s headquarters in Hawthorne, CA. The mission is being targeted for the fourth quarter of this year and will be commanded by Jared Isaacman, the 37-year-old founder and chief executive officer of Shift4 Payments [NYSE:FOUR] and an accomplished pilot. Named Inspiration4 in recognition of the four-person crew’s mission to inspire support for St. Jude Children’s Research Hospital® and send a humanitarian message of possibility, the journey represents a new era for human spaceflight and exploration. Isaacman is donating the three mission seats alongside him to crew members who will be selected to represent the mission pillars of leadership, hope, generosity and prosperity.

Said Isaacman, “Inspiration4 is the realization of a lifelong dream and a step towards a future in which anyone can venture out and explore the stars. I appreciate the tremendous responsibility that comes with commanding this mission and I want to use this historic moment to inspire humanity while helping to tackle childhood cancer here on Earth.”

Isaacman and the Inspiration4 crew will undergo commercial astronaut training by SpaceX on the Falcon 9 launch vehicle and Dragon spacecraft, including a specific focus on orbital mechanics, operating in microgravity, zero gravity, and other forms of stress testing. They will receive emergency preparedness training, spacesuit and spacecraft ingress and egress exercises, as well as partial- and full-mission simulations. The mission will launch from historic Launch Complex 39A at NASA’s Kennedy Space Center in Florida and will be carefully monitored at every step by SpaceX mission control as the spacecraft orbits the planet every 90 minutes along a customized flight path. Upon conclusion of the multi-day journey, Dragon will reenter Earth’s atmosphere for a soft water landing off the coast of Florida.

Isaacman has given St. Jude two seats on the Inspiration4 mission. The first seat is reserved for a St. Jude ambassador with direct ties to the mission who exemplifies the pillar of Hope as well as the courageous vision upon which St. Jude was founded – compassion, unity, equality and inclusion. The second seat will represent the mission pillar of Generosity. During the month of February, members of the public can enter for a chance to join the flight to space and support the lifesaving mission of St. Jude.

Isaacman has committed to give $100 million to St. Jude and is inviting everyone to join him in attempting to raise upwards of $200 million or more in support of St. Jude’s multi-billion dollar expansion aimed to accelerate research advancements and save more children worldwide. He will also offer additional support to the St. Jude fundraising effort in the form of other prizes, including flights in a military jet and flight gear. An accomplished pilot rated to fly commercial and military aircraft, Isaacman holds several world records including a Speed-Around-The-World flight to raise money and awareness for the Make-a-Wish Foundation. He has flown in over 100 airshows as part of the Black Diamond Jet Team, dedicating every performance to charitable causes. In 2011, Isaacman co-founded what would become the world’s largest private air force, Draken International, to train pilots for the United States Armed Forces.

“The same year St. Jude Children’s Research Hospital broke boundaries by opening its doors, the first American orbited the Earth in 1962,” said Richard C. Shadyac Jr., President and CEO of ALSAC, the fundraising and awareness organization for St. Jude. “From the beginning, St. Jude has been at the forefront of innovation and inclusion, leading in cancer research, care and treatment for some of the world’s sickest children regardless of race, ethnicity, beliefs or a family’s ability to pay. This partnership brings two missions together to create one incredible moment in time that will make an impact for years to come on the global effort to cure childhood cancer.”

Isaacman will collaborate with Shift4 Payments to offer the fourth and final crew seat representing the prosperity mission pillar to a deserving entrepreneur who utilizes the new Shift4Shop eCommerce platform, which empowers entrepreneurs to build and grow successful eCommerce businesses online. Current and new Shift4Shop customers will have a one-of-a-kind opportunity to enter an online competition showcasing them and their business. The competition will be conducted from February 1-28, 2021 and the winner will be selected by a panel of independent judges.

Shift4 Payments is providing marketing support for the mission and will leverage one of the biggest popular culture events of the year, Super Bowl LV this Sunday, to dramatically introduce the mission and its purpose to the public. A 30-second spot will air during the first quarter of the Big Game and invite all viewers to support and be part of this historic journey through the St. Jude and Shift4Shop programs.

Isaacman concluded: “Today’s announcement is the first step of a very exciting journey. In the lead-up to launch, we’ll share new ways to support and follow our mission preparation and execution with a focus on inspiring and helping others.”

To learn more about Inspiration4, how to support and potentially join this historic journey to space and the specific conditions of the promotions, visit www.Inspiration4.com and follow the mission on social media on Twitter (@inspiration4x), Facebook (@inspiration4mission), Instagram (@inspiration4) and YouTube (@Inspiration4) to receive the latest news on mission training and preparation. Individuals who are interested in learning how to enter for an opportunity to win one of the two seats being offered should visit inspiration4.com and review the Official Rules for the applicable promotion.

St. Jude Children’s Research Hospital is leading the way the world understands, treats and defeats childhood cancer and other life-threatening diseases. Its purpose is clear: Finding cures. Saving children.® It is the only National Cancer Institute-designated Comprehensive Cancer Center devoted solely to children. Treatments invented at St. Jude have helped push the overall childhood cancer survival rate from 20 percent to more than 80 percent since the hospital opened more than 50 years ago. St. Jude won’t stop until no child dies from cancer. St. Jude freely shares the discoveries it makes, and every child saved at St. Jude means doctors and scientists worldwide can use that knowledge to save thousands more children. Families never receive a bill from St. Jude for treatment, travel, housing or food – because all a family should worry about is helping their child live. Join the St. Jude mission by visiting stjude.org, liking St. Jude on Facebook, following St. Jude on Twitter, Instagram  and subscribing to its YouTube channel.

Shift4 Payments (NYSE: FOUR) is a leading provider of integrated payment processing and technology solutions, delivering a complete omnichannel ecosystem that extends beyond payments to include a wide range of commerce-enabling services. The company’s technologies help power over 350 software providers in numerous industries, including hospitality, retail, F&B, ecommerce, lodging, gaming, and many more. The newly launched Shift4Shop platform offers a turnkey ecommerce experience includes a robust website builder, product and order management, customer marketing tools and more. With over 7,000 sales partners, the company securely processed more than $200 billion in payments volume for over 200,000 businesses in 2019. For more information, visit shift4.com.