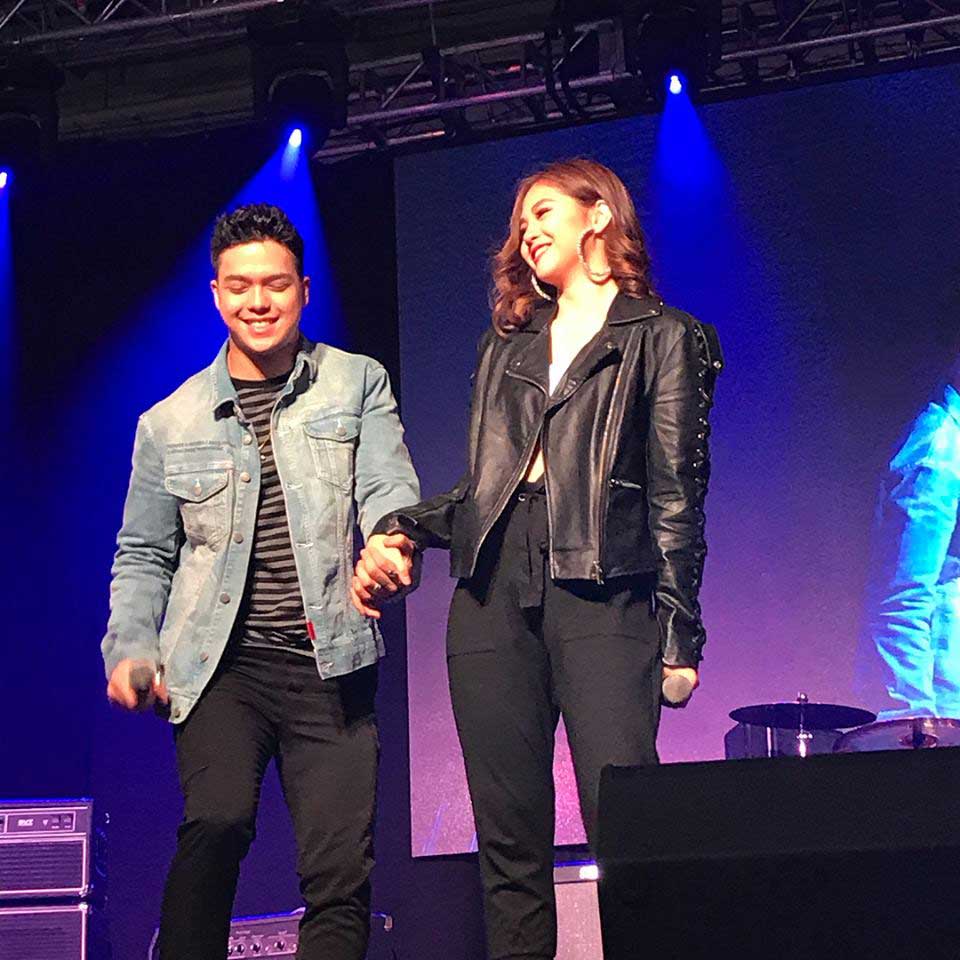 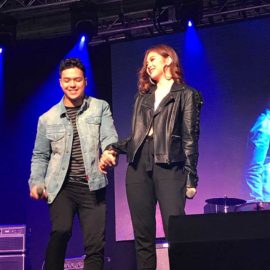 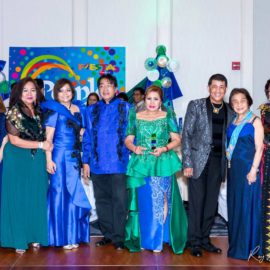 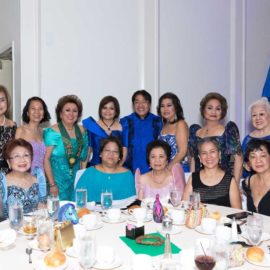 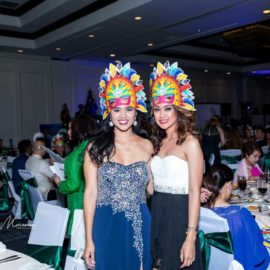 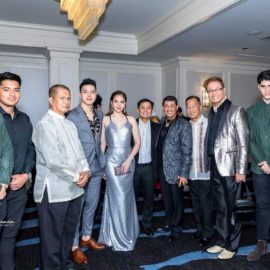 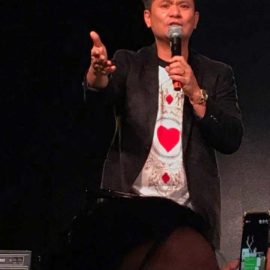 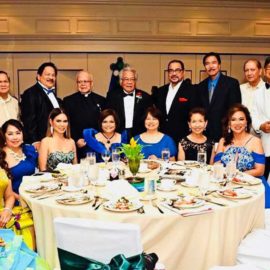 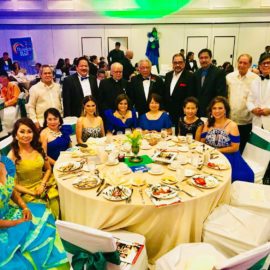 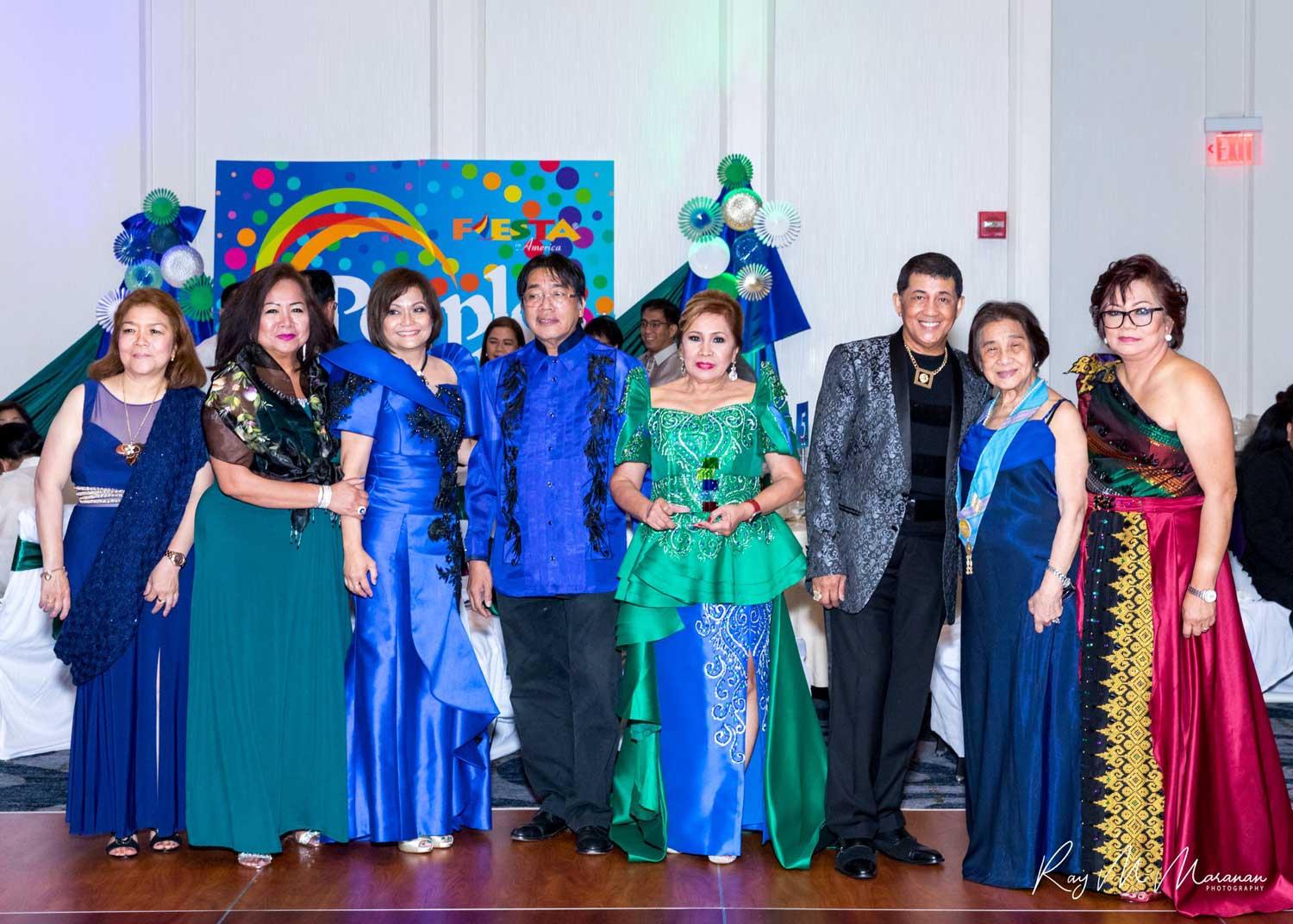 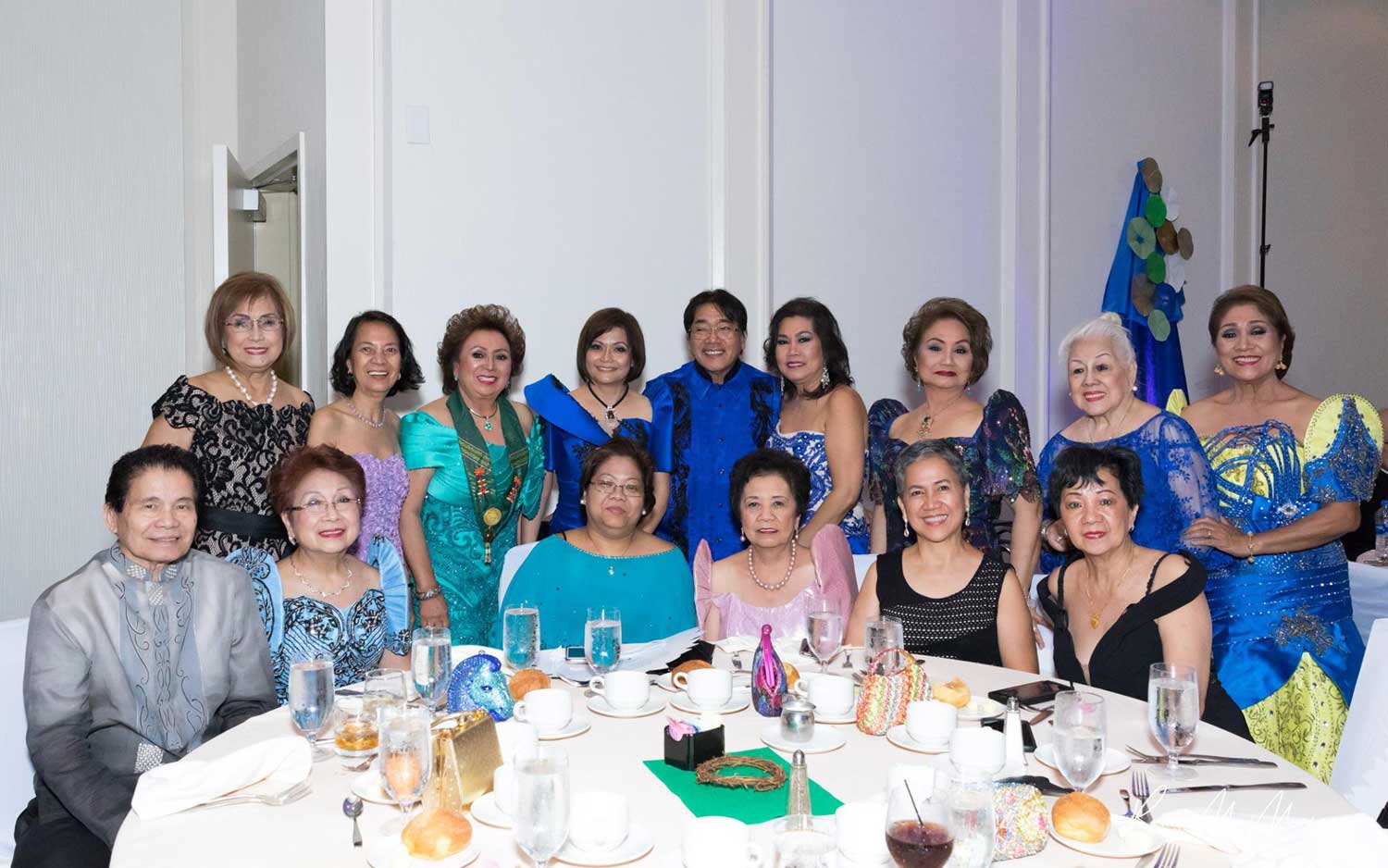 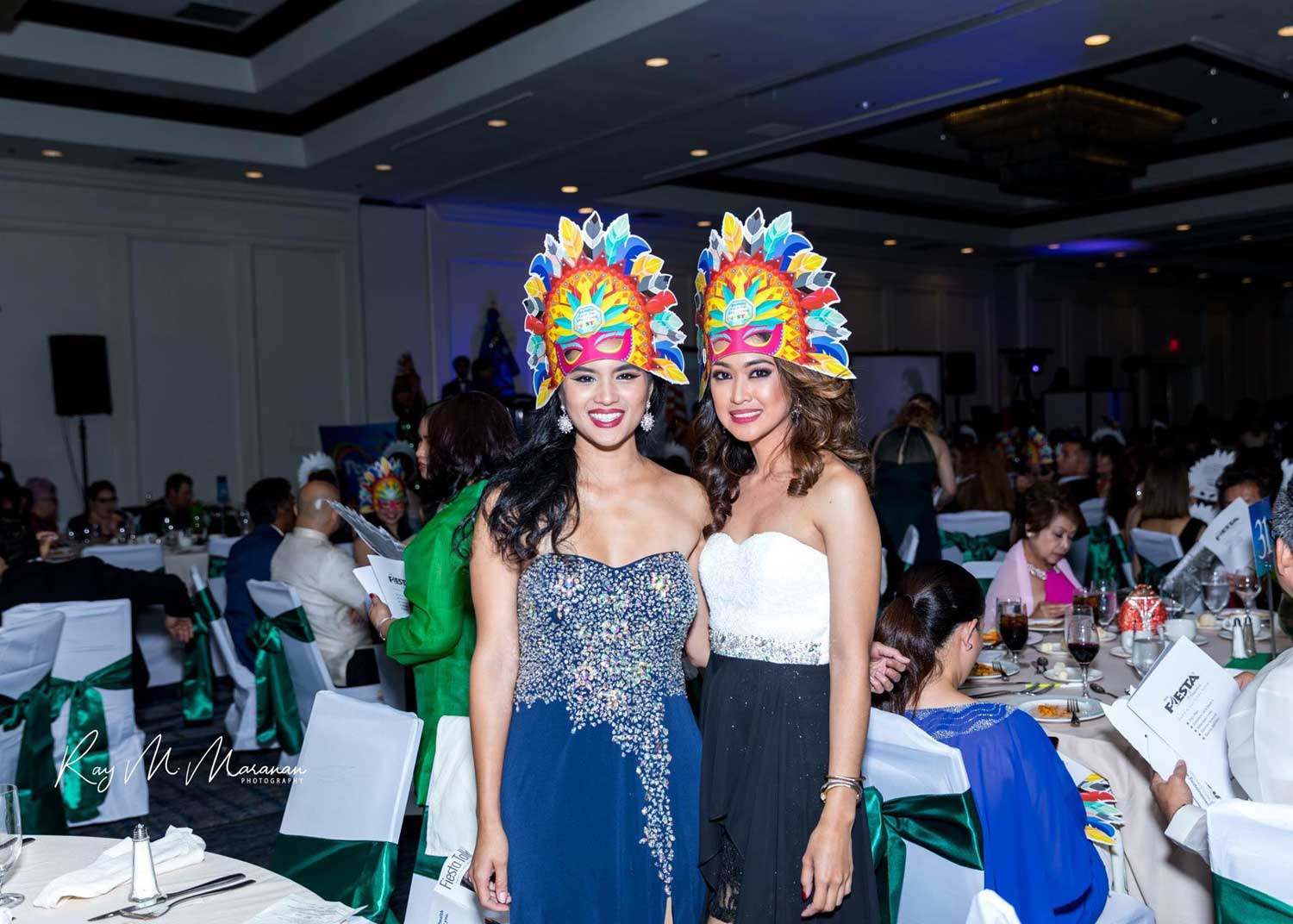 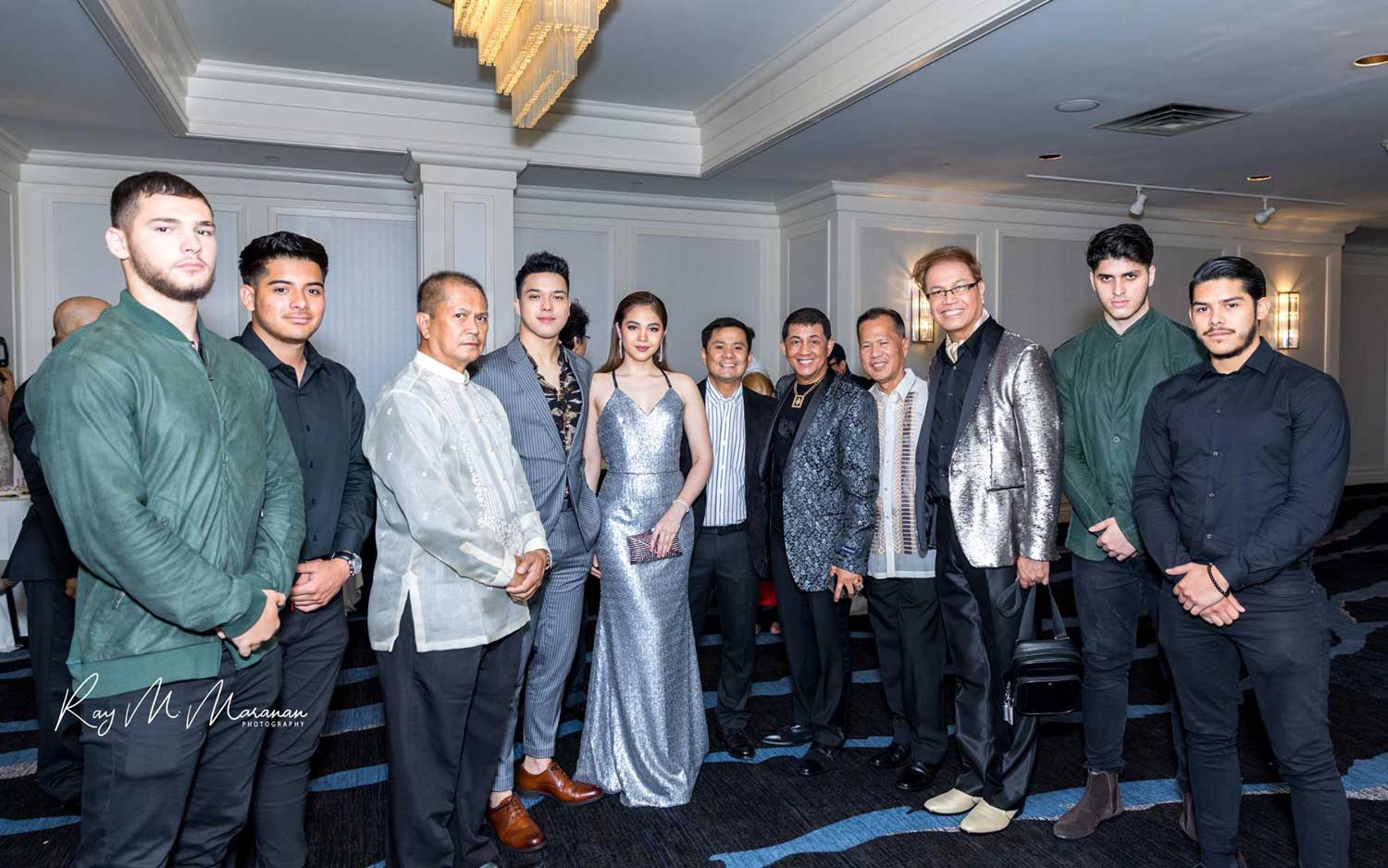 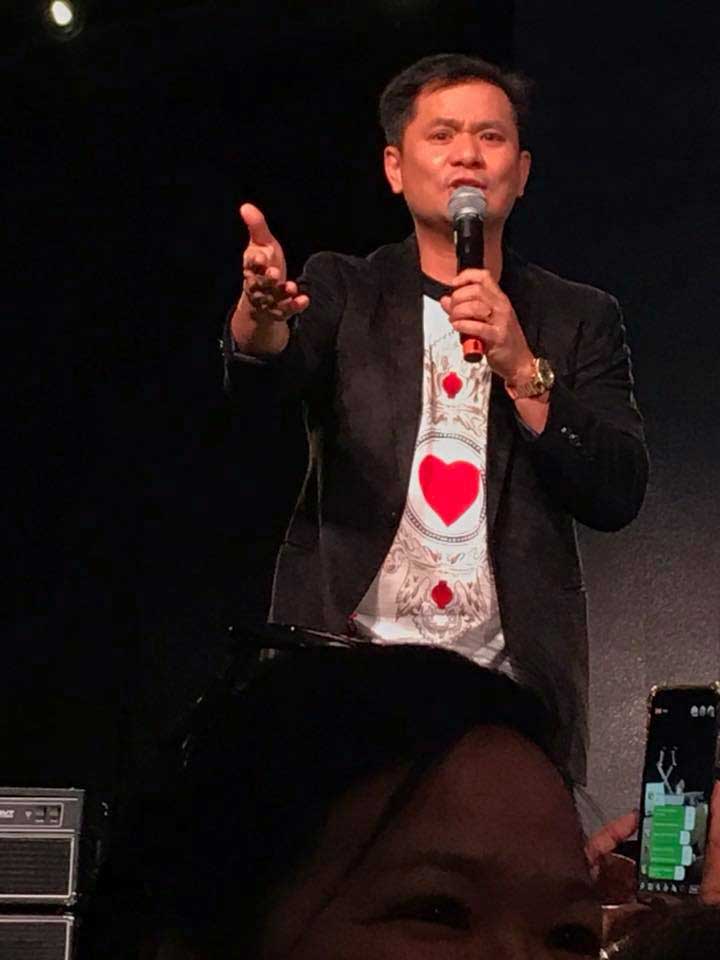 Ogie Alcasid doing what he does best.... singing & clowning 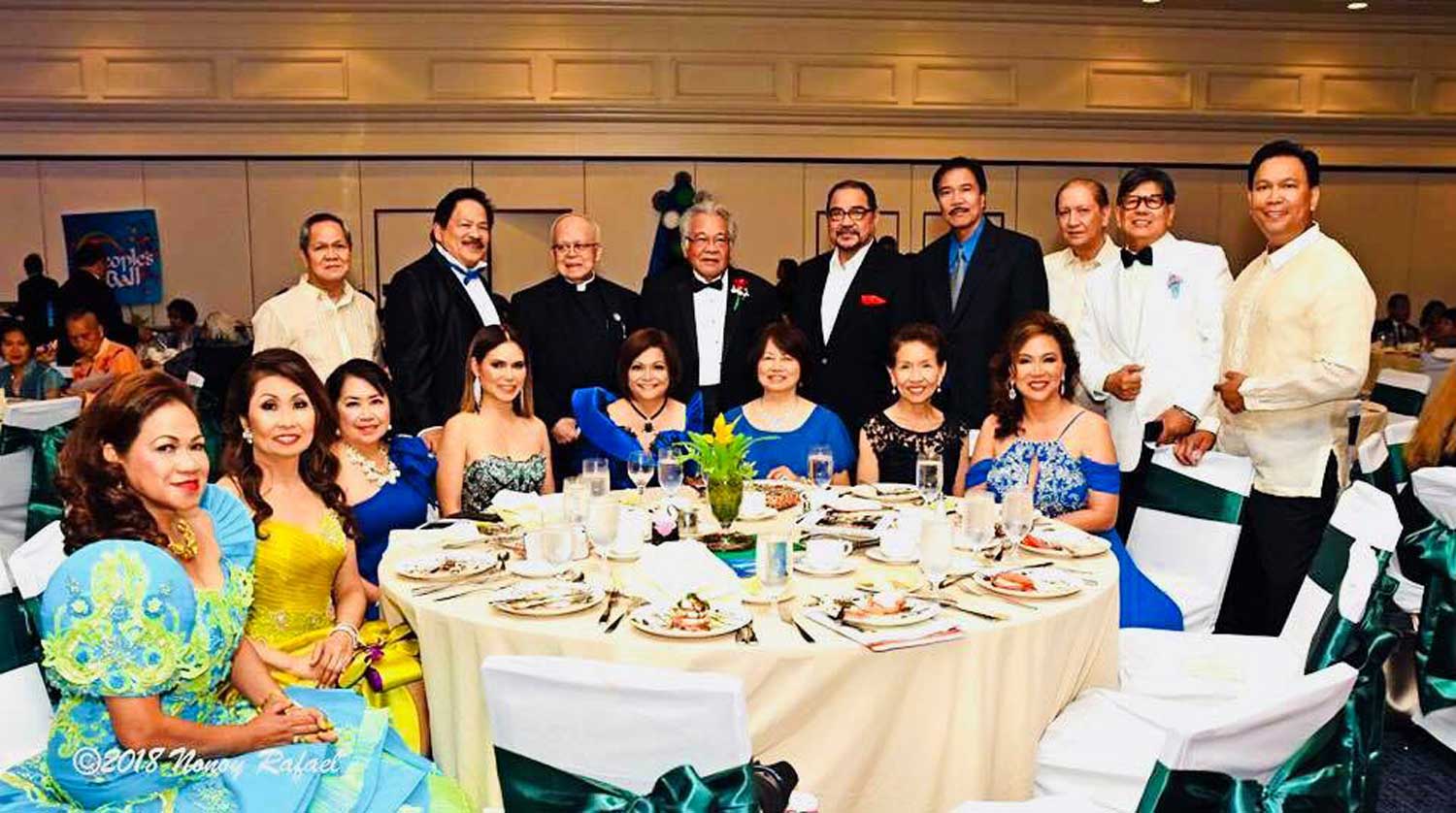 The People’s Ball movers and shakers 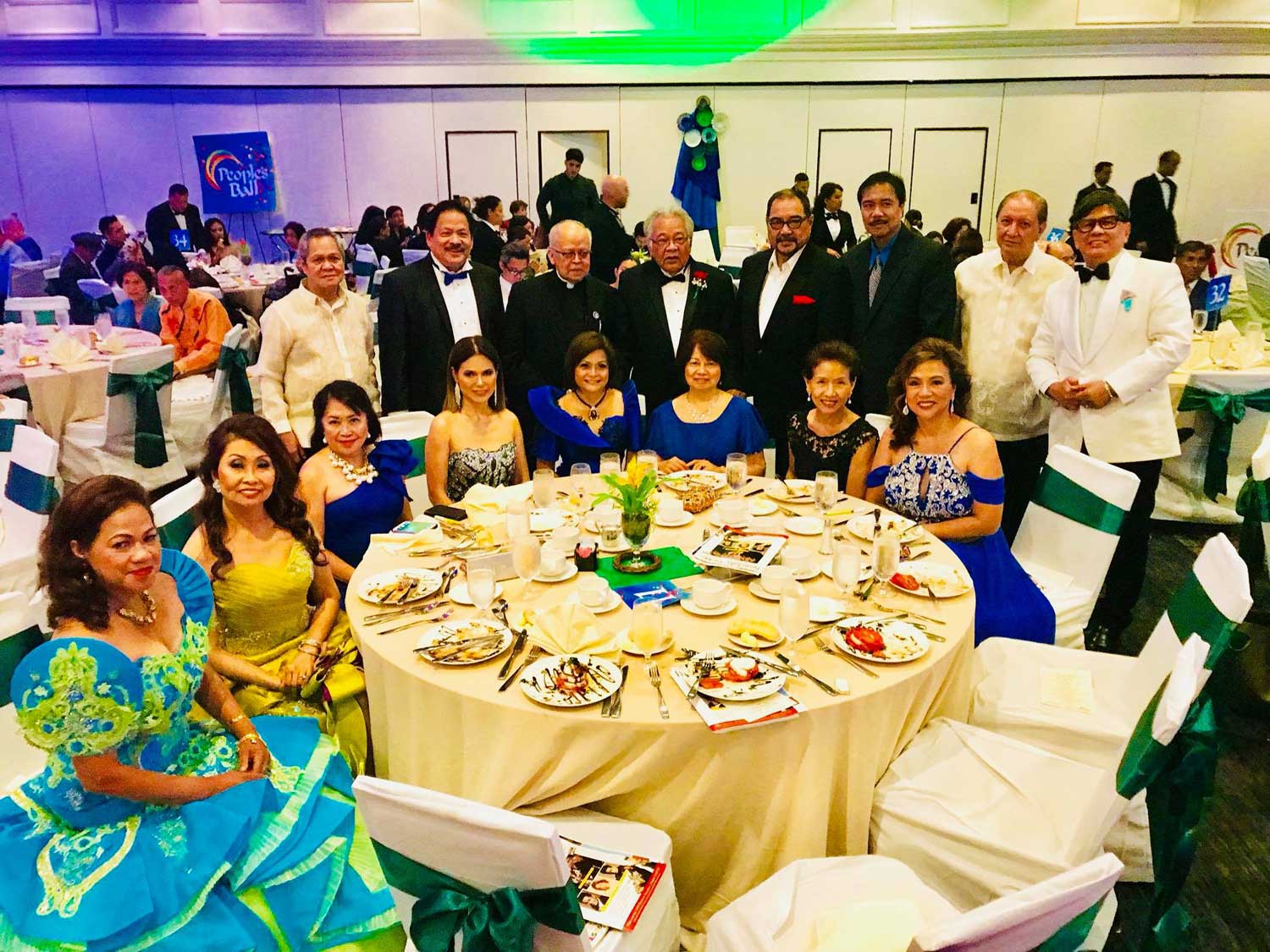 Who’s who in the Fil-Am Community

Fiesta in America celebrates 2 decades of tradition and cultural heritage

AFTER being away from home for a little more than seventeen years, the mere mention of Philippine fiesta gives me an overwhelming degree of excitement with enthusiastic anticipation, although it’s merely celebrated here in the east coast with an abridged expanse of fun-fare and detailed touch but the truest efficacy of its implication and worth remain undiminished.

Fiestas, being one of the numerous Spanish influences in our culture, were traditional tools used by western colonizers to entice common folks to venerate and honor saints instead of pagan gods. After five centuries and myriad disasters and natural calamities, the fiesta tradition is still uninterruptedly observed to this day but the religious aspect as the main highlight has evidently lost its essence.

But who could argue with the pomposity and grandiosity involved with the celebration of fiesta? From preparation to celebration, the fiesta is indubitably a special time set for expecting distant relatives, reuniting with friends, an effectual incentive to lure balikbayans, and an affluent reason to celebrate thanksgiving for a bountiful life.

Constantly festive, colorful with immense feast, the fiesta is relatively celebrated like any special holiday but with a difference… it’s untainted jollity! Live brass bands alternately, sometimes simultaneously, play music around the town that unmistakably ignite (even more) the already high-spirited ambience enveloping the atmosphere.

Incidentally, Fiesta in America holds true to its commitment to bring to the east coast the Philippine annual tradition for the past twenty years. Ably spearheaded by Fernando “Nanding” Mendez, the two-day weekend indoor event at the Meadowlands Expo Center in Secaucus became one of the most attended occurrences aside from being planned with so much anticipation.

Ten years later since its inception in 1998, the People’s Ball was born out of the paramount need to create a grandiose preliminary gala to perk up the Saturday and Sunday trade and cultural events at the Meadowlands. The maiden presentation of the People’s Ball was, as expected, a major hit having been attended by who’s who in the community and the crème de la crème of the elite society and it became the prime reason for avid party-goers to be attired at their best. If there’s but one party they have to attend and be seen that would easily be the People’s Ball.

Complimenting hues of green and blue (green for the twenty years of Fiesta in America and blue for the ten years of the People’s Ball) were faultless color motifs that gave the ballroom that much sought-after contrasting silhouette of invigorating atmosphere and relaxing mood… perfect for a summer gala. DJ Ernie Bugarin, the ever-reliable contract sound and light man of the Fiesta in America, never lost his impeccable touch-and-tone for the perfect music that best suited the lavishly bedecked ball.

The evening’s full-to-the-rafters affair was graced by celebrity guests courtesy of TFC (The Filipino Channel) composed of matinee idol-rapper Elmo Magalona, actress Janella Salvador, and singer-songwriter-composer-comedian Ogie Alcasid. The innocuous and well-timed handling by Albert Sunga made the artists’ personal appearance appropriately on-the-spot and in order.

It was, indeed, a grand ball as significant and noteworthy as the past ones but the almost unblemished proceedings and impressive stateliness of the last made the difference.

The following day demanded more vigor and dynamism from people concerned at the Meadowlands Expo Center. Exhausted from a whole evening of dancing and socialization, committees (sans complaints) had to be up and about as early as 6:00 a.m. to set-up the venue for the opening ceremonies.

The Sunday episode commenced with a Holy Mass through the efforts of the Sunday Mass chairpersons Rhodora Santos and Virgie Wilcox then the reenactment of Queen Helena’s search for the Holy Cross followed via the traditional Santacruzan chaired by Mely Garcia.

The usual razzmatazz of pageantry pervaded while others simultaneously kept themselves occupied with merely browsing around numerous tiendas and booths. While many came to watch the show majority attended the fiesta to “shop free” for give-aways and souvenir items.

The night won’t be complete without hearing it from the iconic band of the 60s, Gary Lewis and The Playboys. The group may be top charters from way back many decades ago but their music has stood the test of time and the young audience who enjoyed and sung along with them was more than enough proof or Gary’s long staying power in the music scene.

As always, TFC celebrities created the loudest growls and grumbles from among the crowd with the kind of music Pinoys could easily relate to. There were shrills, screams, shrieks, and even feet tramping and thundering applause from both young and old after every number to beg for an encore. The musical production was ardently closed with all celebrities on stage, together with the Fiesta Core Group and enthusiastically capped the show an autograph-signing and photo-op session for keepsake.

As projected Fiesta in America’s 20th Anniversary is incontestably a milestone!

Fiesta In America: unique booster of US and RP brands

FIA confers Empowerment Awards to a batch of recipients of distinction

The exhilarating spirit of Fiesta in America lives on