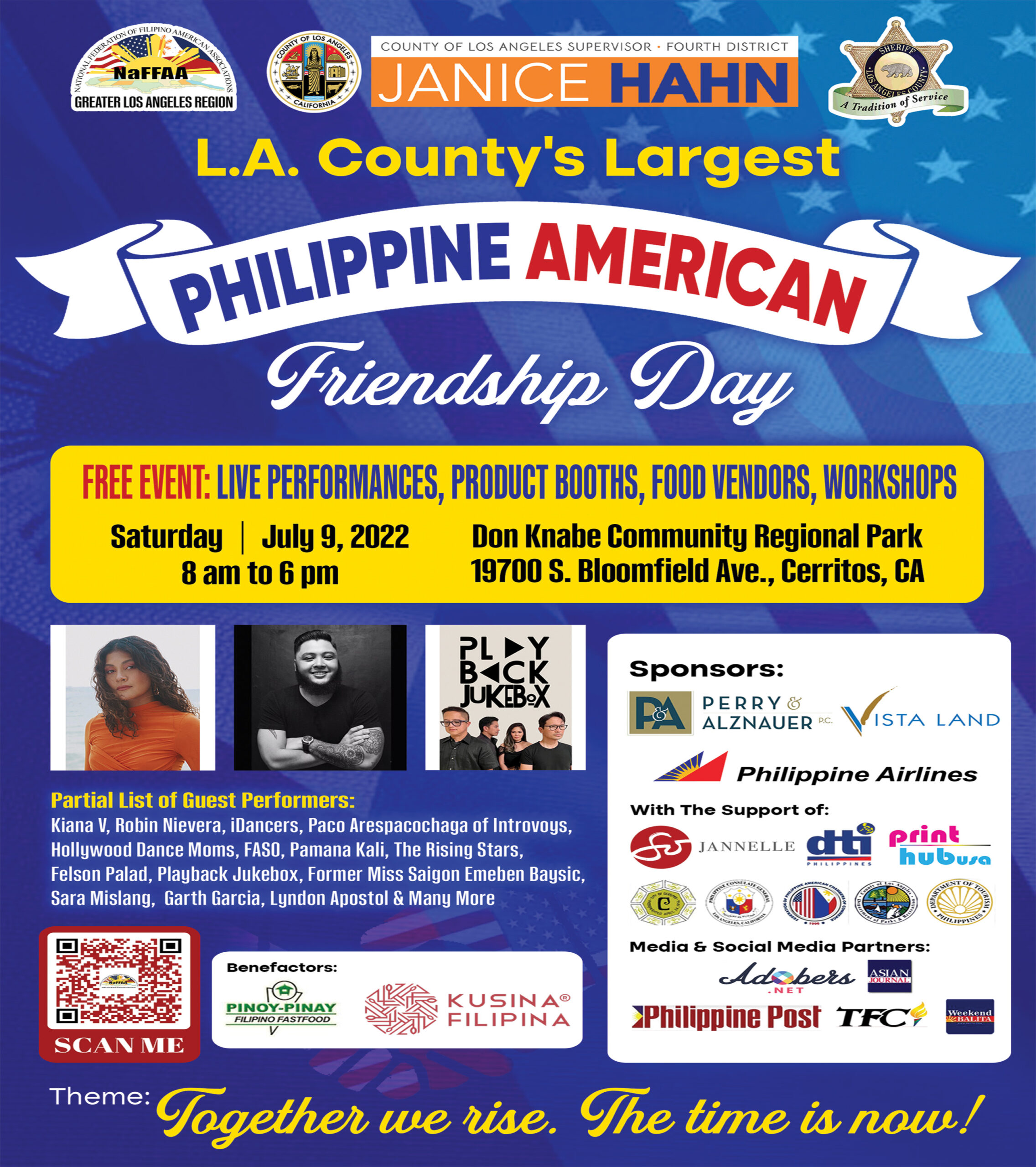 Hosted by National Federation of Filipino American Federation Associations (NaFFAA) Greater Los Angeles in partnership with Los Angeles County’s 4th District Janice Hahn and LA Sheriff Alex Villanueva, this historic milestone promises to be the L.A. County’s Largest Philippine American Friendship Day that had its roots in the City of Carson in 2021. It will be held from 8 a.m. to 6 p.m. at the Don Knabe Community Regional Park on 19700 S. Bloomfield Ave. in Cerritos.

A short parade on the site will kick off the festivities to be participated in by community leaders representing various Fil-Am organizations, City of Cerritos Council members and other Fil-Am elected public officials accompanied by mounted sheriff deputies with a fly by helicopter.

This year’s theme, according to organizers, “Together We Rise. The Time Is Now, will celebrate the extraordinary contributions and accomplishments of everyday Filipino Americans with our diverse community who have also contributed to the prosperity in our adopted country – despite its challenges as a nation in pursuit of perfect union.”

This Philippine American Friendship Day festivity is in lieu of the July 4th which also used to be celebrated as Philippine Independence Day granted by the United States in 1946 until it was reverted back to June 12, the original proclamation of the country’s independence from Spain on June 12, 1898.