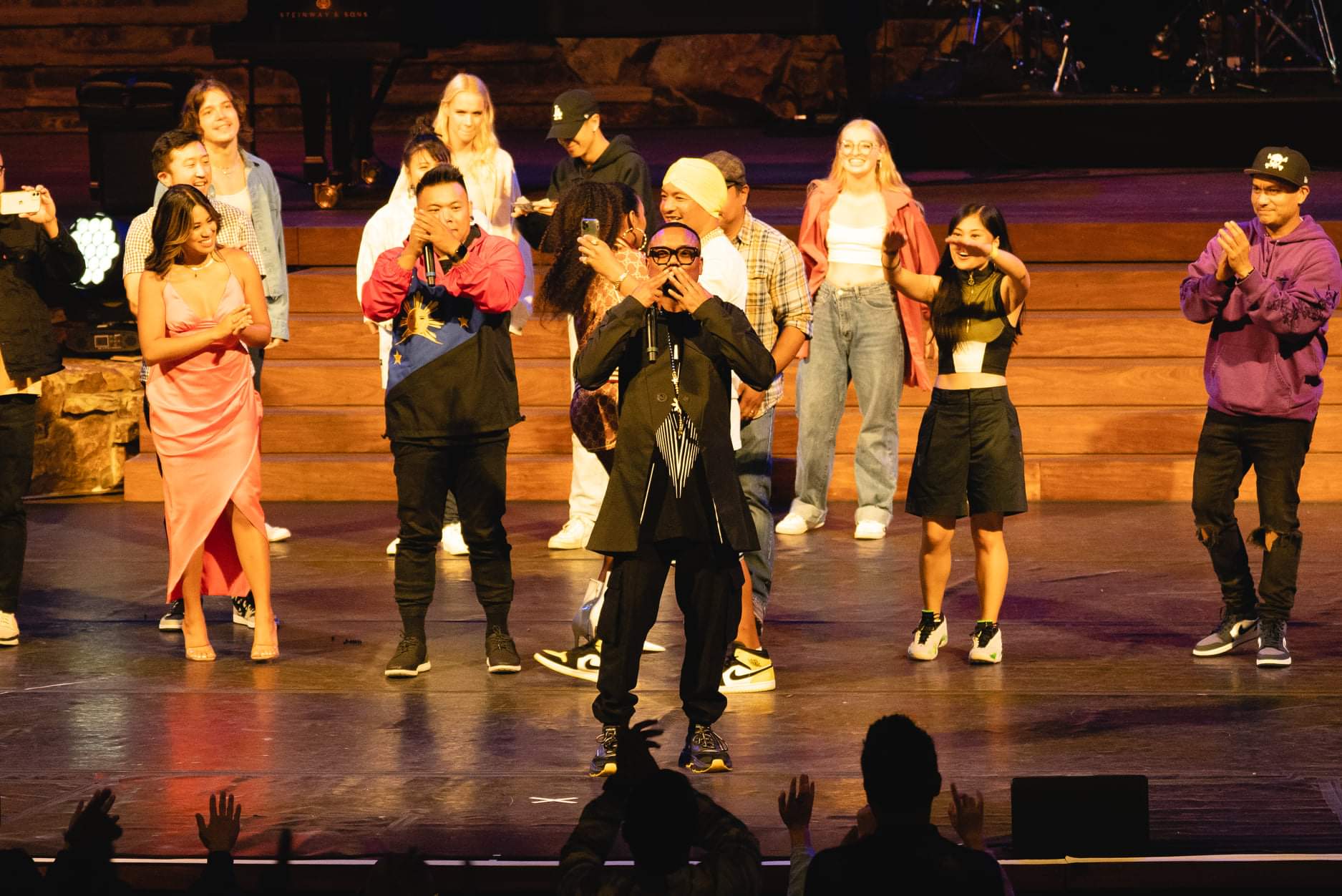 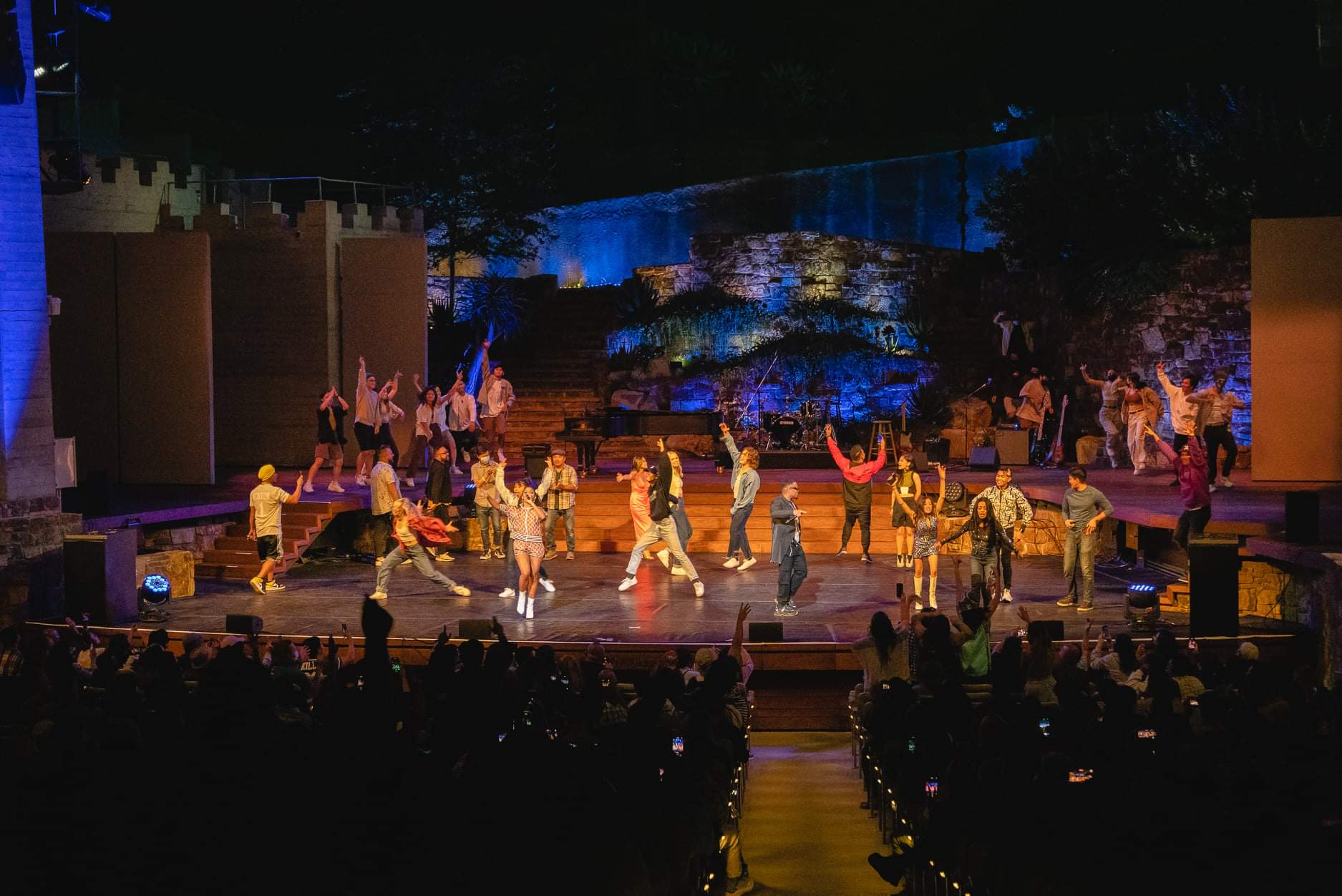 The finale of "Pinoy"tainment | Photo by Farah Sosa/The Ford, courtesy of the Los Angeles Philharmonic Association 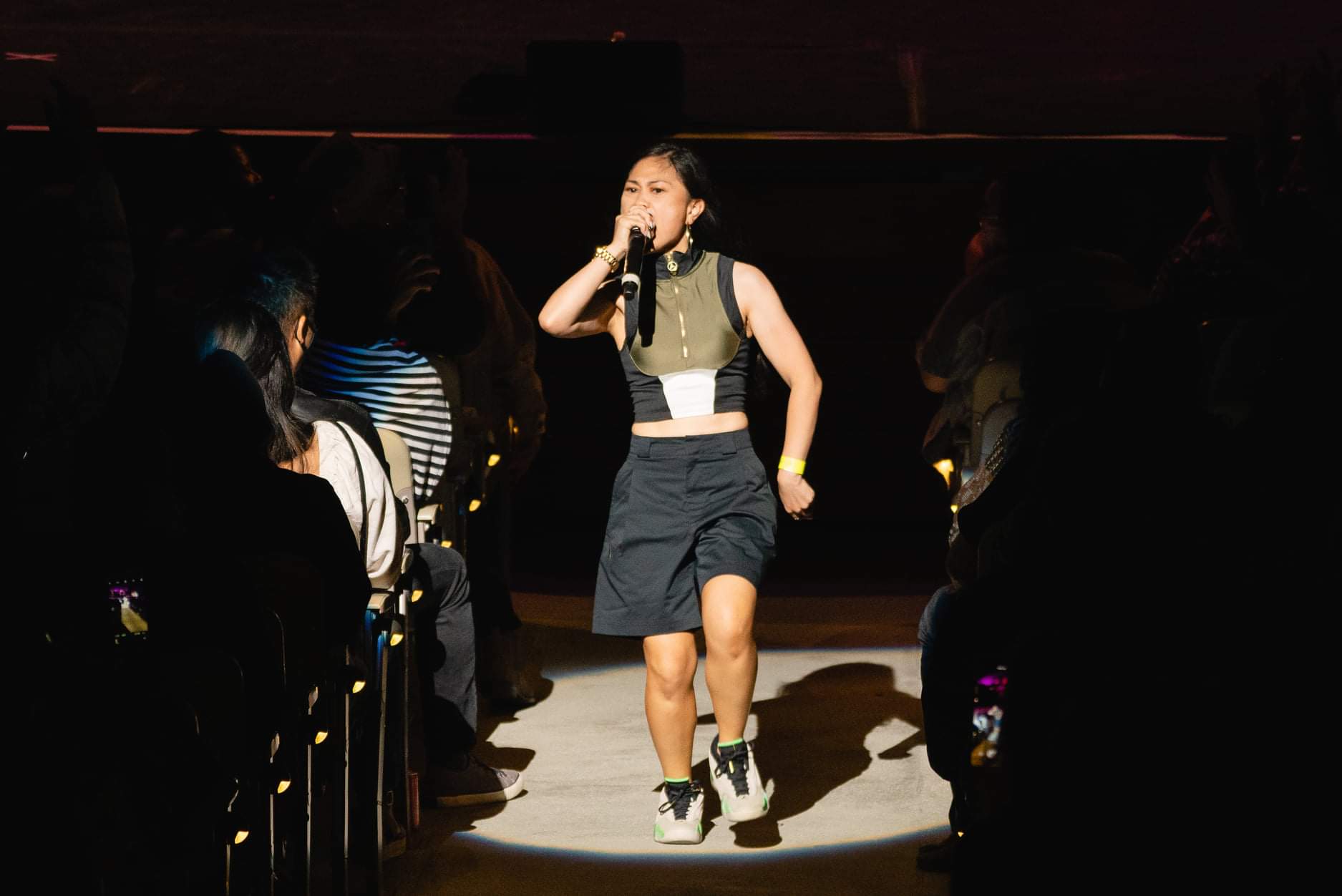 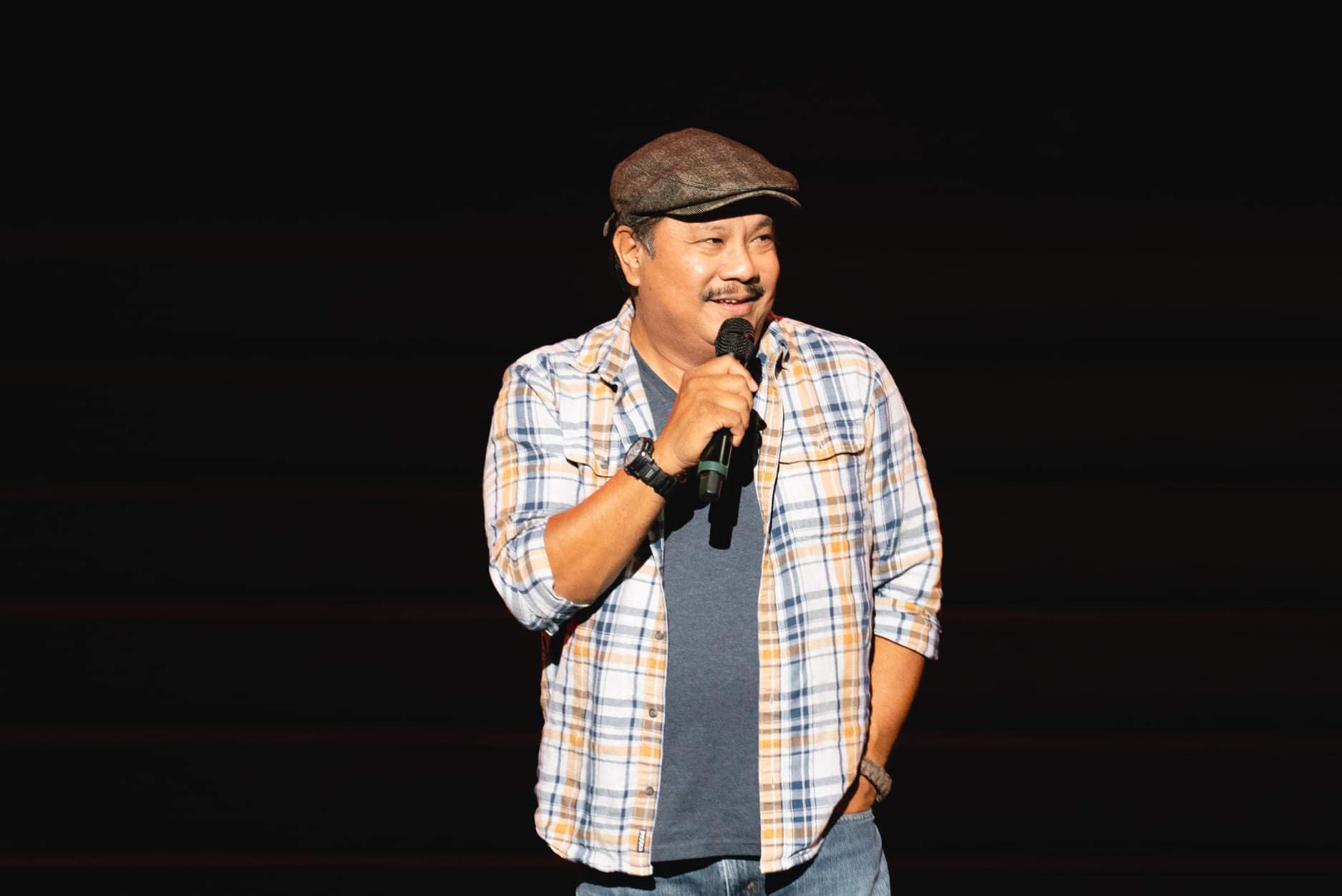 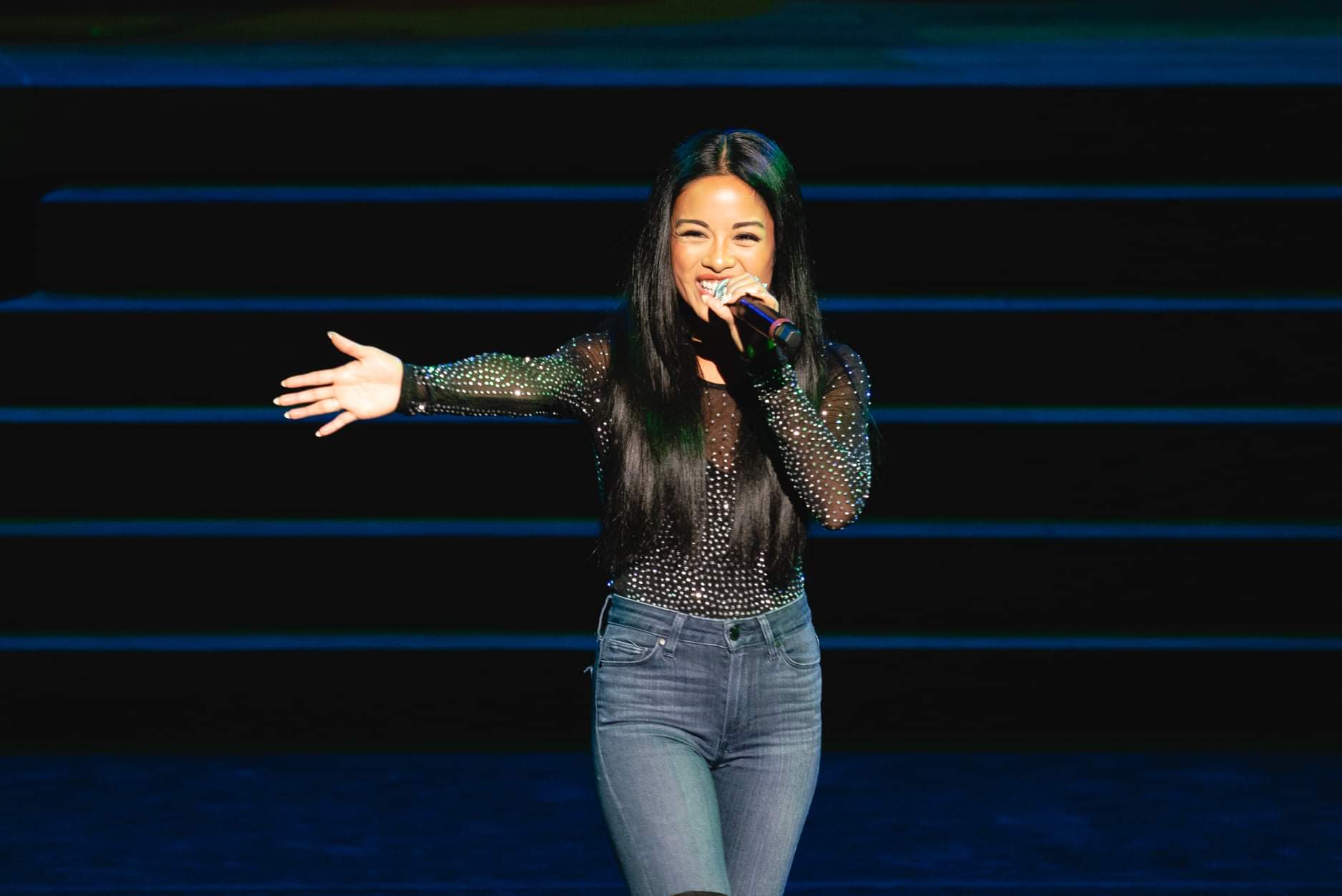 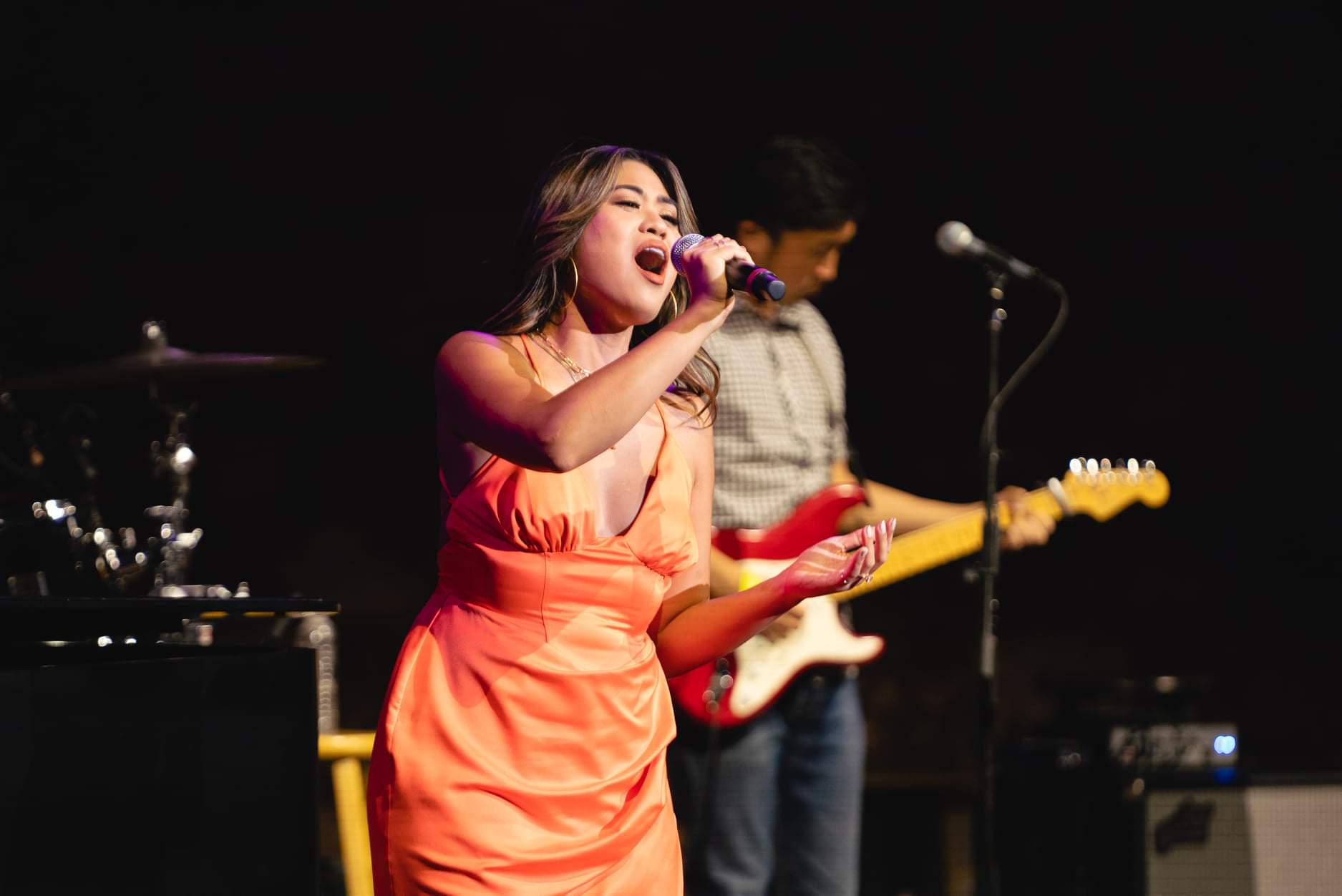 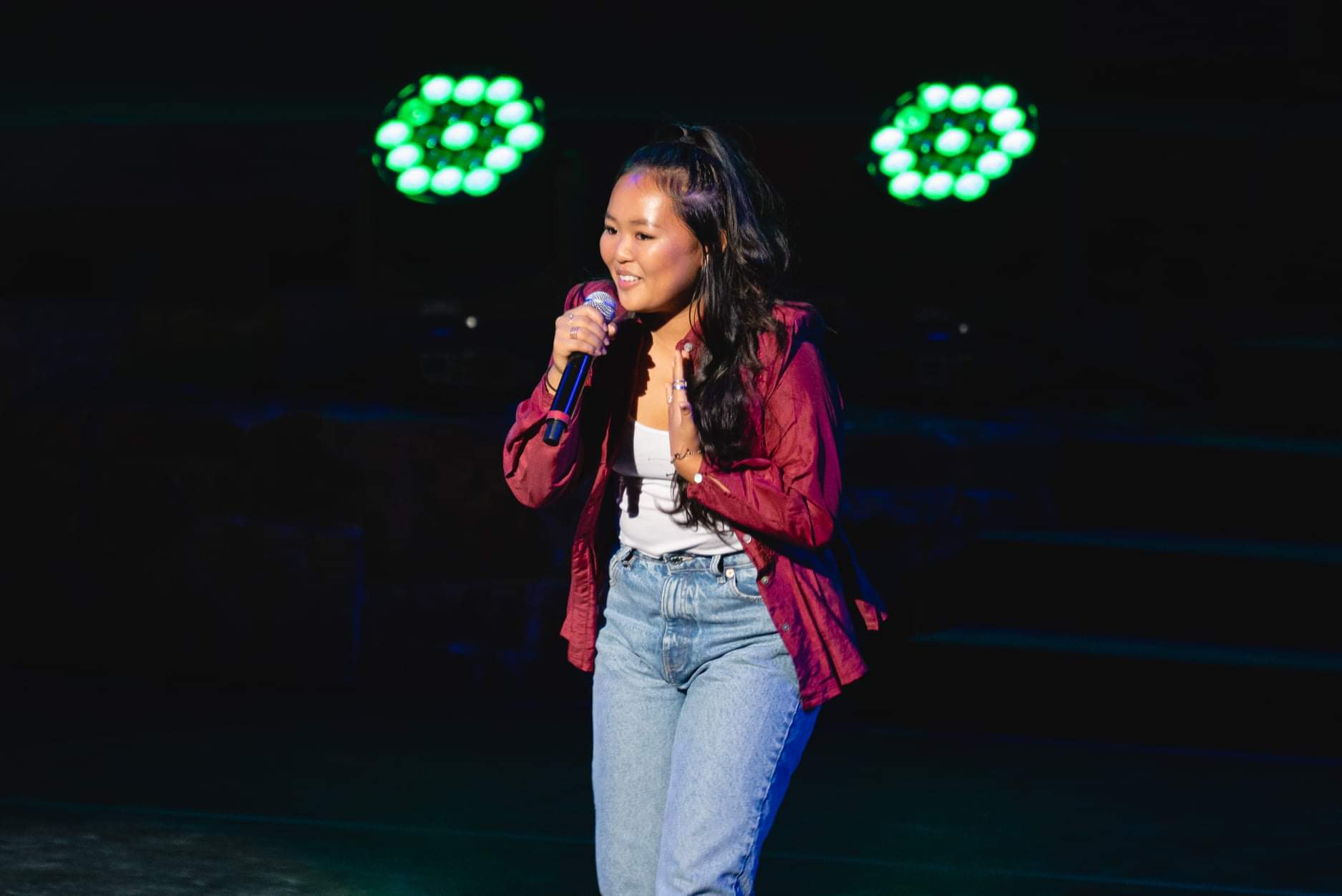 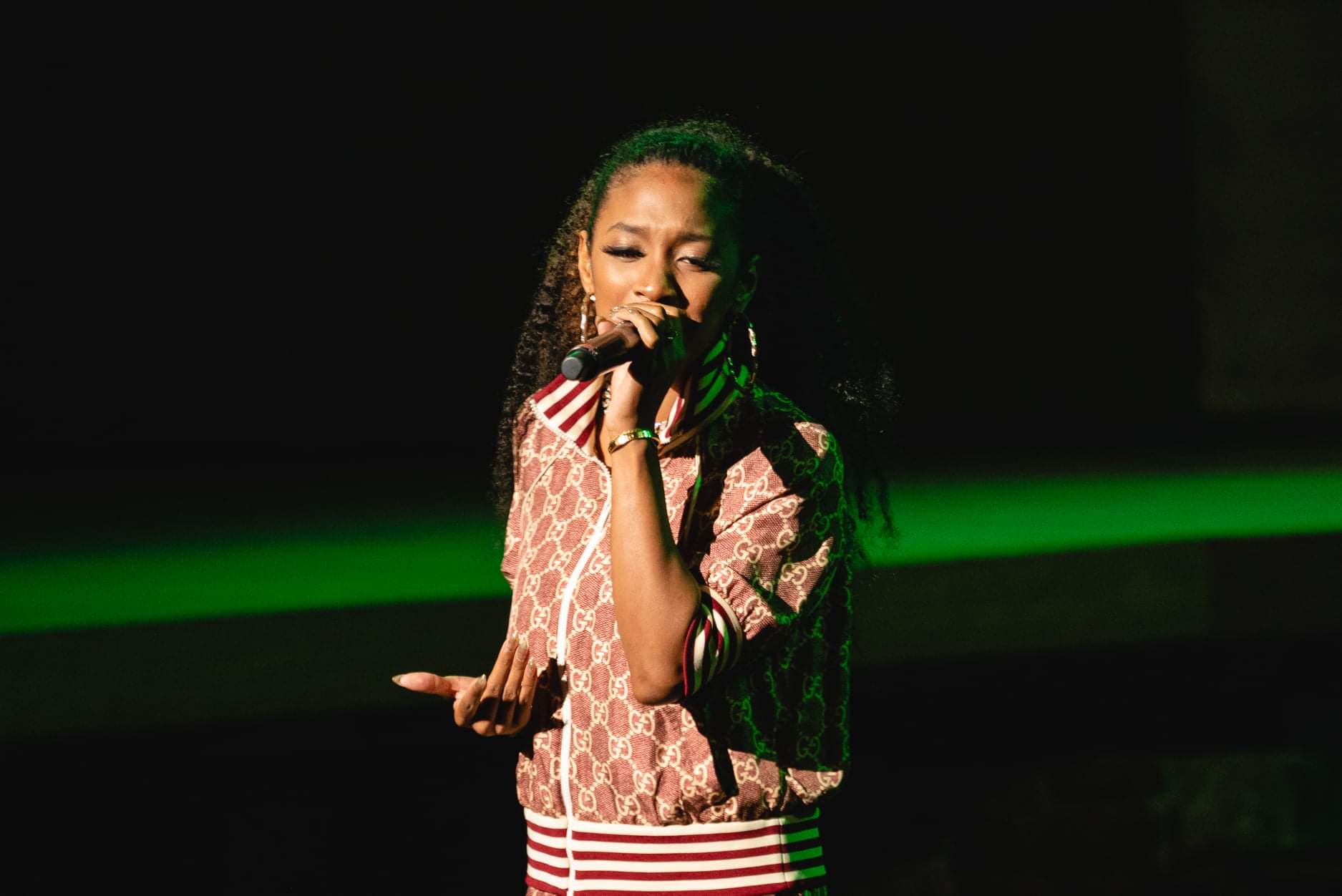 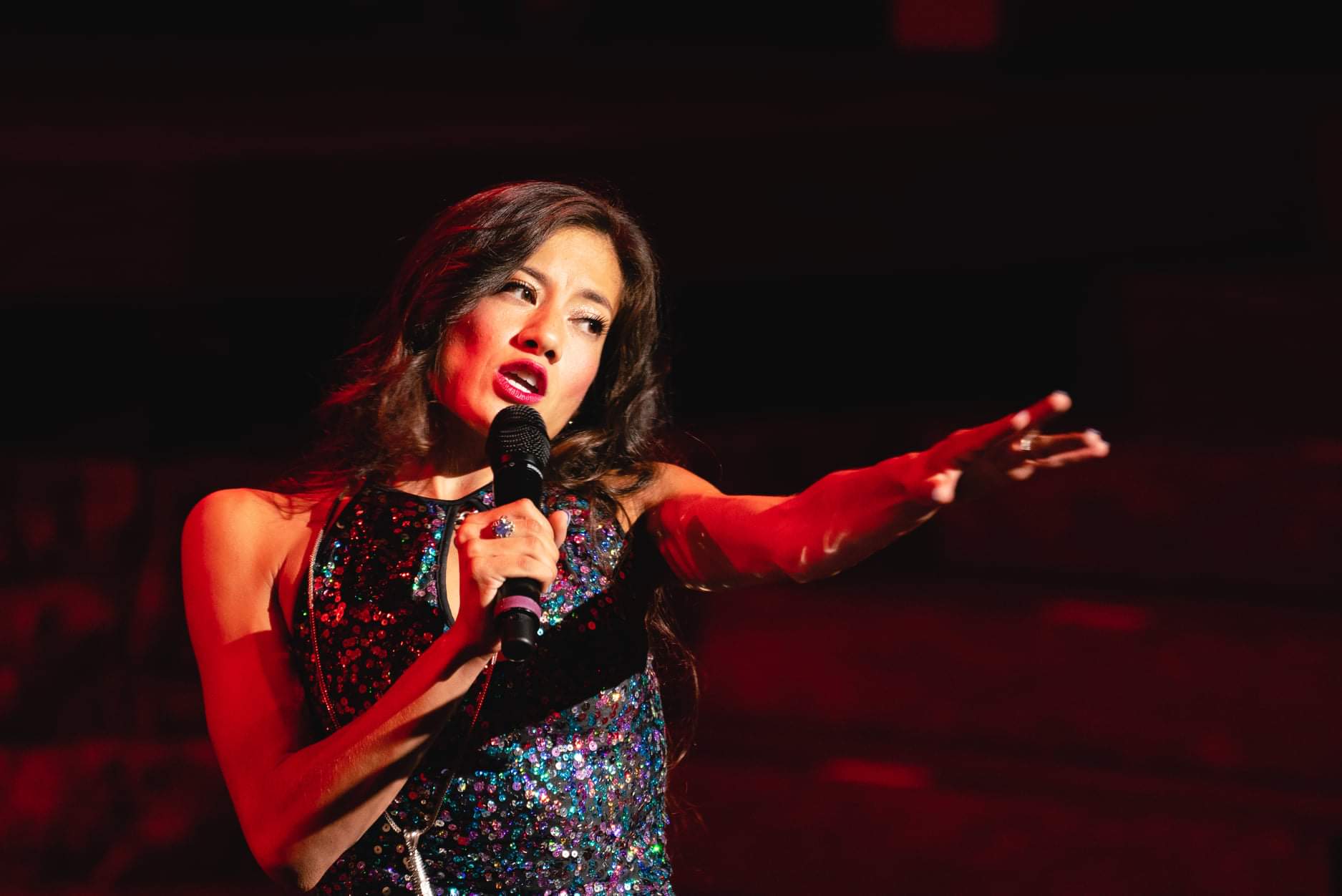 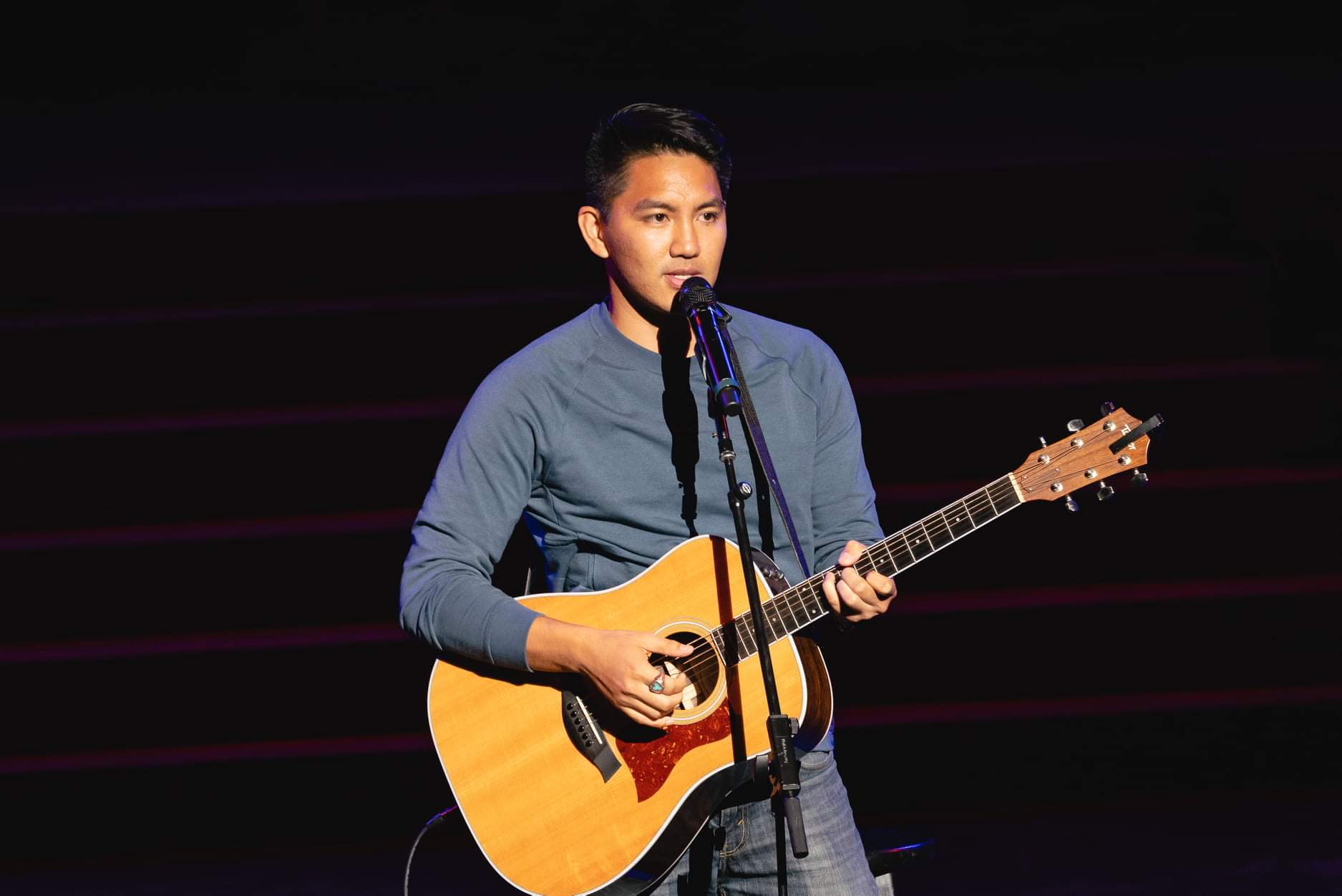 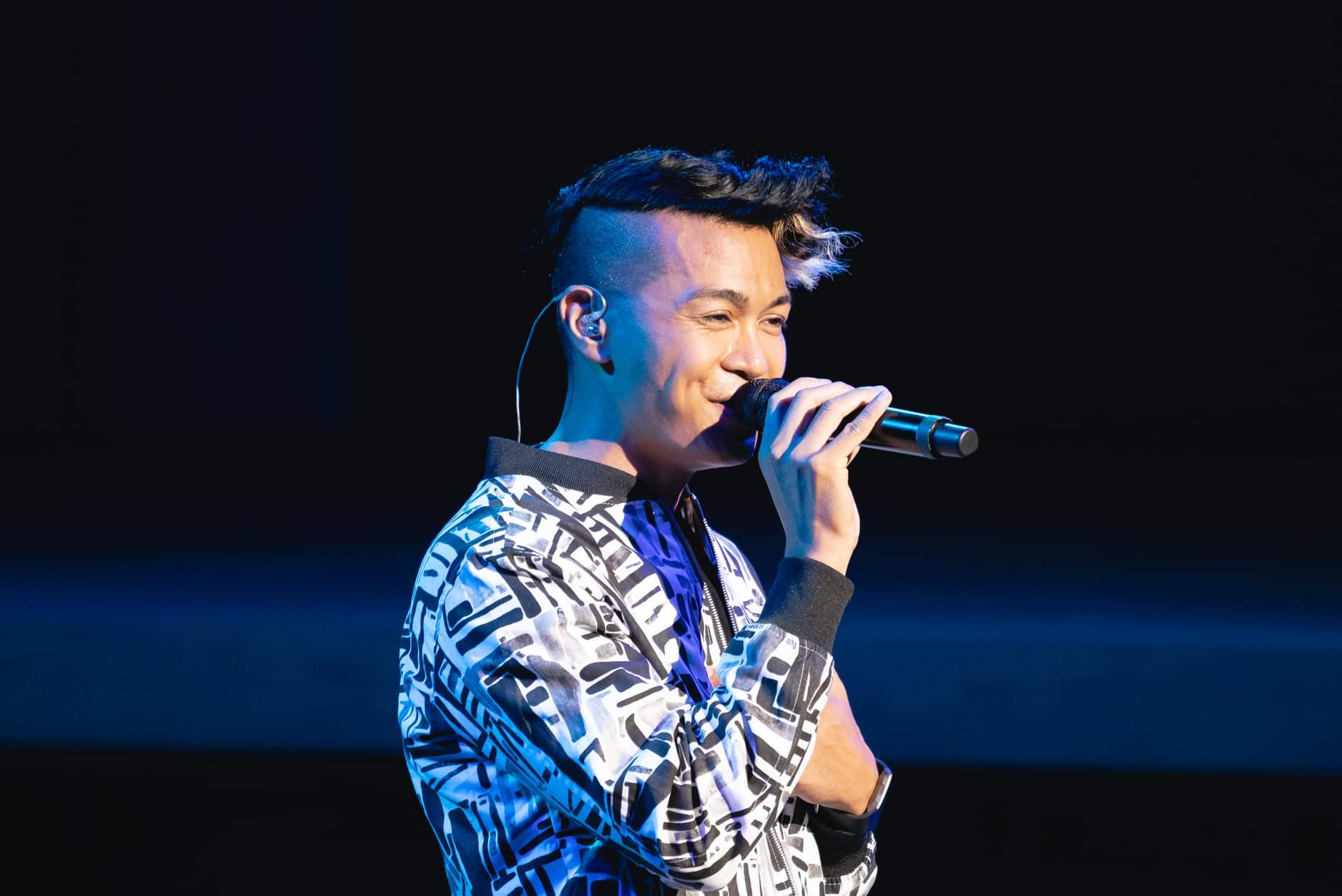 “Joy is not found in the things which surround us, but lives only in the soul.” -Thérèse de Lisieux

Two decades ago, I watched Ted Benito act in a Filipino Cultural Night at UCLA, also known as Pilipino Cultural Night. We regularly took our two then-teenagers to expose them to Filipino culture, year after year. I recall yelling bravos. I could not contain my joy of seeing a show, representing Filipino Americans on a mainstream stage, albeit at a university. The back story then was Ted had a hand in the script, as well as acting about the heroes of our own Filipino history in the Philippines and in California.

Fast forward to Aug. 29. 2021, Ted is the uber-talented producer and impresario of Pinoy excellence onstage. You couldn’t say one star was better than the other. They simply shined their brightest at the Ford Amphitheater, where they brought their best joyful selves to perform and where sound engineering is at its best to showcase their talents. One might improve though in how to spotlight the stage so we can see the performers much better, and not drowning in light as to bleach their brown faces.

These artists brought gifts from their warm hearts, taking a cue from Benito’s sterling, pure intentions, who gave his mighty 200% to give the community a lineup like no other and to allow these artists to perform on a mainstream venue with 1,200 capacity, but due to the pandemic, was reduced to 1,000.

Still, 700 came to watch, the largest crowd to attend during the pandemic, all dutifully wearing masks from start to end, according to Benito.

It was a difficult process to go through. Benito has been in negotiations since 2019, then, the uncertainty of 2020 pandemic got all of us cocooned in our homes.

It took August 2021 to get it going and still it was uncertain if Benito can satisfy what the Ford Amphitheater had envisioned as “hip-hop/comedy.” Artists signed on quite easily, as the host AJ Rafael drew in other artists to sign up as well, and the night came to be.

I admit I had no idea how comedians and dancers would co-exist with rappers and original composers, arrangers and musicians. But, Benito had a crystal clear vision of highlighting the theme of Pinoy excellence — unabashed, bold, fearless and performed like they owned every plank of that stage.

My descriptors will not do justice as to how they were all brilliant, but I will try.

From the opening act of Erik Esteban who spoke of his experience of being moved by Luis Alejo, a state legislator then who brought a state resolution to apologize for the discrimination and hatred by white folks towards Filipinos, he made us remember but also laugh that laws were passed to legislate against Filipinos’ sexiness, that we are often mistaken for Mexicans or Bangla Deshi, not for who we truly are.

And when JR de Guzman, Lila Hart and Rex Navarrette got into their acts, these comedians got us roaring, belly aching in laughter, that I had to reach for my asthma inhalers as literally, every sound, every walk, every word their jokes worked and got us laughing. Of course, the OG [old guard] comedian of 30 years, Rex, whose first encounter for me was at FilAmArts, was his usual, masterful self. He gets the crown of comedy king.

There were many gifts to speak of: original compositions debuted on this stage, the rapping of Ruby Ibarra in multiple languages – a rapping that is so seamless that she hardly pauses; an unexpected duet of the very versatile AJ Rafael with his beautiful fiancee Alyssa Navarro, who came out in a bright orange dress, so visibly attired to take part onstage, singing pitch-perfect Disney songs; the beautiful Tagalog song sung by Jules Aurora; VJ’s rendition of an original; and the harmony of Bruno Mars song sung by Jules Aurora, AJ Rafael and VJ Rosales; and the youngest performer, 14-year-old Ella Jay Basco who performed by rapper Ruby Ibarra.

Rafael shared he reached 1,000,000 YouTube followers after 14 years. While he was the host, he also accompanied the performers on stage with his band.

I loved that Rafael was so authentic that when he couldn’t reach a high note, he asked to retry again and he did, successfully. Navarro, a non-professional singer sang pitch-perfect notes and you wonder she really is not singing full-time and why not?

But when Apl.de.ap was closing the night’s excellent display of stars, one is reminded that while the Milky Way is lighted up by the trail of luminescent stars, there is that unmistakable brilliance, there is that lone bright star whose shimmer gets our attention captured, Apl.de.ap. Perhaps his radiance comes from building classrooms, donating retinal eye equipment to operate on pediatric blindness and his continuous granting of college scholarships to help raise scholars and their families out of poverty?

The audience looked to him for every word and note he sang as he performed with his newly discovered star, Jessica Reynoso from Laguna, mentored by him on Voice Philippines.

When the closing song, “Bebot,” Apl.de.ap was joined in by all the artists who performed, while most of the crowd stood up to join in and clapped not just with their hands, but danced those few moments we all felt free. We were all free and moved by excellence onstage.

Yes, free to enjoy the heartfelt gift to the community by Ted Benito and this lineup of artists who gave their best selves to perform with excellence.

When nine of us got inside the elevator, I boldly asked folks: “How did you like the program tonight?” A tall woman with curly hair spoke up and said, “I loved it. I am Filipino too, half Pinay, half Black and with a finger pointing to the back, “That’s my mother.”

She felt proud, so did we!

Some even shared their feedback on Facebook with Benito: “By accounts on my [Ted Benito]’s social media feed, Sunday’s concert touched audience members in many different ways. One person commented that the show was the “vaccine” needed for his soul. Another person said his daughter was “proud to be Pinoy” after watching the show. People devoured the energies you exhausted on stage and turned them into many, many sighs of relief and freedom and pride. We haven’t felt that in the community in a while, even pre-pandemic. So, as instruments of this change, my hats off to each and everyone of you for bringing your A game and making a difference to our audience. It was truly a wondrous evening, one I hadn’t seen or felt in a very, very long time.”

It was a night we all felt proud to call ourselves Filipino, as we all were with these brilliant, shining stars who performed seamlessly and mostly, flawlessly. Thank you po, Maraming Salamat sa inyong lahat!

* * *
Prosy Abarquez-Delacruz, J.D. writes a weekly column for Asian Journal, called “Rhizomes.” She has been writing for AJ Press for 13 years. She also contributes to Balikbayan Magazine. Her training and experiences are in science, food technology, law and community volunteerism for 4 decades. She holds a B.S. degree from the University of the Philippines, a law degree from Whittier College School of Law in California and a certificate on 21st Century Leadership from Harvard’s Kennedy School of Government. She has been a participant in NVM Writing Workshops taught by Prof. Peter Bacho for 4 years and Prof. Russell Leong. She has travelled to France, Holland, Belgium, Spain, Portugal, Japan, Costa Rica, Mexico and over 22 national parks in the US, in her pursuit of love for nature and the arts.

Prosy Abarquez-Delacruz, J.D. writes a weekly column for Asian Journal, called “Rhizomes.” She has been writing for AJ Press for 13 years. She also contributes to Balikbayan Magazine. Her training and experiences are in science, food technology, law and community volunteerism for 4 decades. She holds a B.S. degree from the University of the Philippines, a law degree from Whittier College School of Law in California and a certificate on 21st Century Leadership from Harvard’s Kennedy School of Government. She has been a participant in NVM Writing Workshops taught by Prof. Peter Bacho for 4 years and Prof. Russell Leong. She has travelled to France, Holland, Belgium, Japan, Costa Rica, Mexico and over 22 national parks in the US, in her pursuit of love for nature and the arts.

Fil-Am voters weigh in on the contentious gubernatorial recall election on Sept. 14