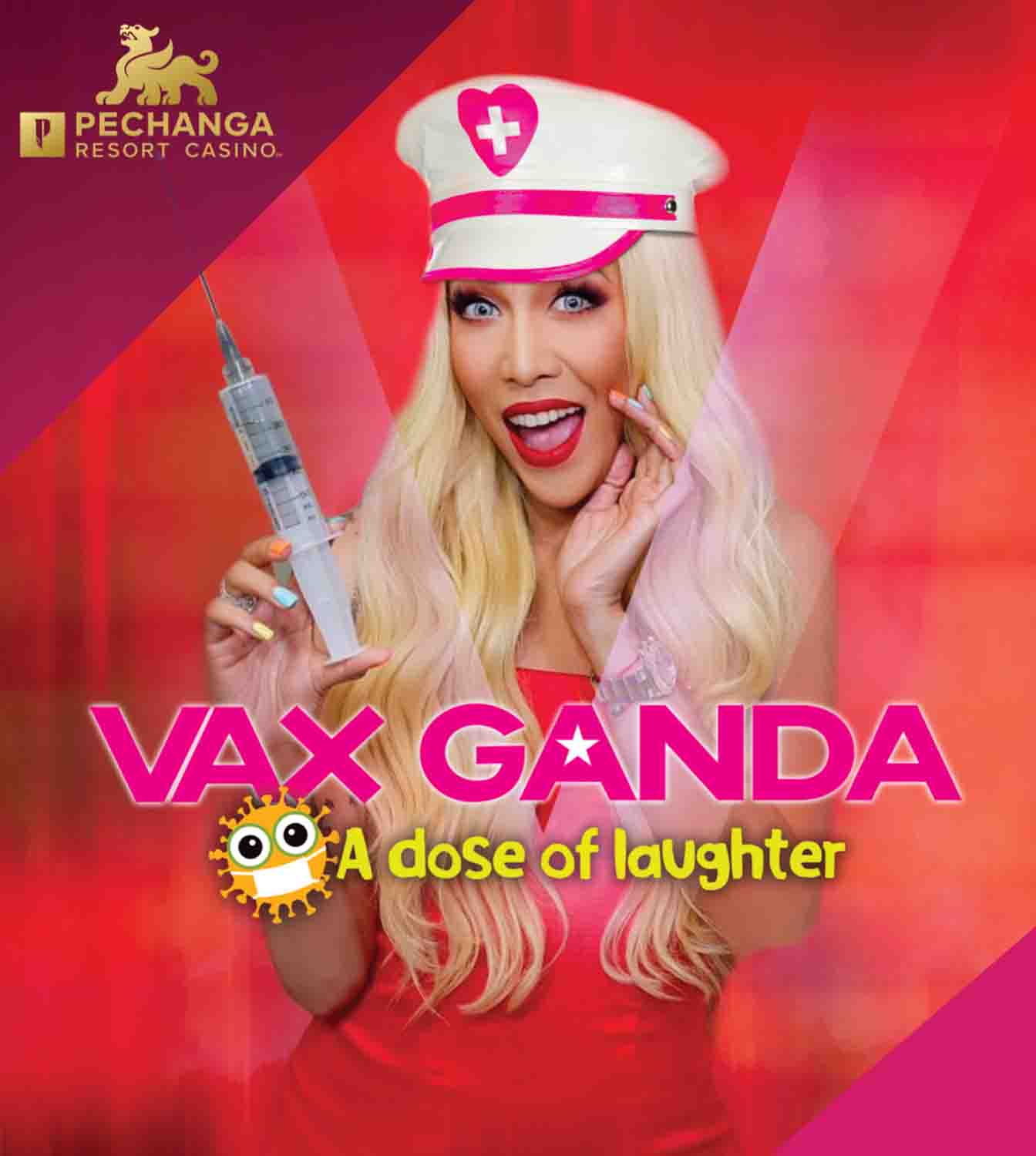 LAUGHTER is the best medicine! That is why Pechanga Resort Casino welcomes the comeback of multi-faceted Filipino actor, comedian, TV host and stage performer Vice Ganda for the upcoming live performance dubbed “Vax Ganda, A Dose of Laughter” on October 15 (9 p.m.) and 16 (6 p.m.) at the halls of the Pechanga Summit, in Temecula, California.

Pechanga Resort Casino is well-known for hosting the best and the brightest Filipino entertainers, and for providing wholesome entertainment to the delight of the crowd.

The “Vax Ganda, A Dose of Laughter” show at Pechanga is part of the comedian’s concert tour in America, produced by Ana Puno of Star Media Entertainment. It is Vice’s first out-of-the-country concert since the worldwide lockdown due to the pandemic, which began in early 2020.

Breaking the monotony of events, Vice Ganda is very much visible and prominently followed while appearing in YouTube as part of ABS-CBN Entertainment, the actor’s mother company, which is also known as the “Kapamilya” channel.

Touted as one of the well-known Filipino comedians, Vice Ganda is also a television presenter, author, recording artist, talk show host and one of the regular hosts of the ABS-CBN’s show, “It’s Showtime.”

With endless laughter and entertainment, Vice is best known for his stand-up routines where he uses observational comedy and situational irony to wow the crowd.

Vice, Jose Marie Borja Viceral in real life, has starred in several local films, eight of which are considered to be the highest-grossing in Philippine cinema.

The fun and laughter you will experience at the “Vax Ganda, A Dose of Laughter” event in Pechanga Resort Casino will surely make your day compared to watching him perform online or on television.

Whether a guest’s plans include a meeting for 50, a wedding for 100, a banquet for 1,000 or a concert for the ages, the new event space – the Pechanga Summit – has everything one needs to bring an event to life. Entertainers, concerts, live sporting events, trade shows, weddings, or any large group now have a 40,000-square foot area to book.

Pechanga Resort Casino offers one of the largest and most expansive resort/casino experiences anywhere in the United States. Voted the number one casino in the country by USA Today and rated a Four Diamond property by AAA since 2002, Pechanga Resort Casino provides an unparalleled getaway, whether for the day or for an extended luxury stay. Pechanga offers more than 5,000 of the hottest slots, table games, world-class entertainment, 1,100 hotel rooms, dining, spa and golf at Journey at Pechanga, Pechanga Resort Casino features a destination that meets and exceeds the needs of its guests and the community. Pechanga Resort Casino is owned and operated by the Pechanga Band of Luiseño Indians. For more information, call toll free (877) 711-2946 or visit www.Pechanga.com. Follow Pechanga Resort Casino on  Facebook, Instagram and  on Twitter
@PechangaCasino.