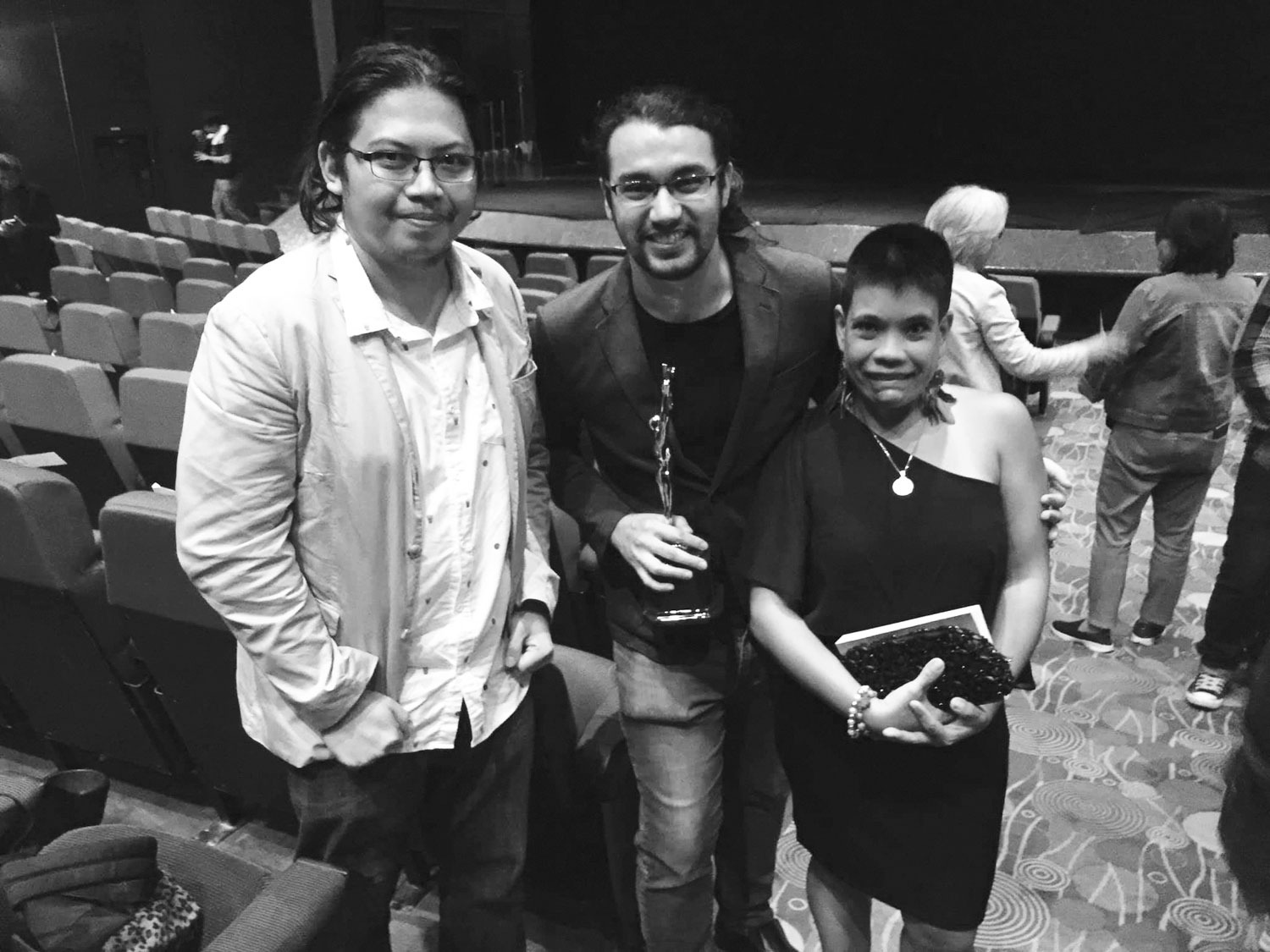 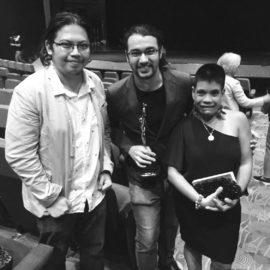 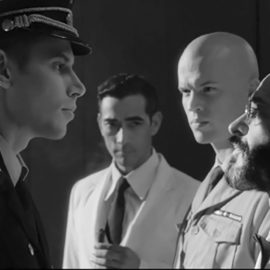 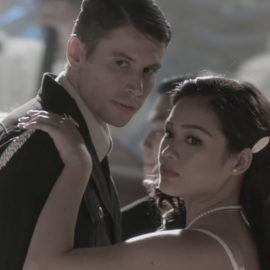 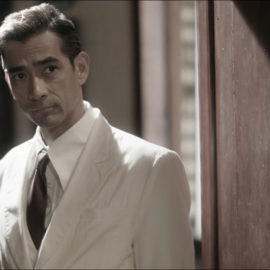 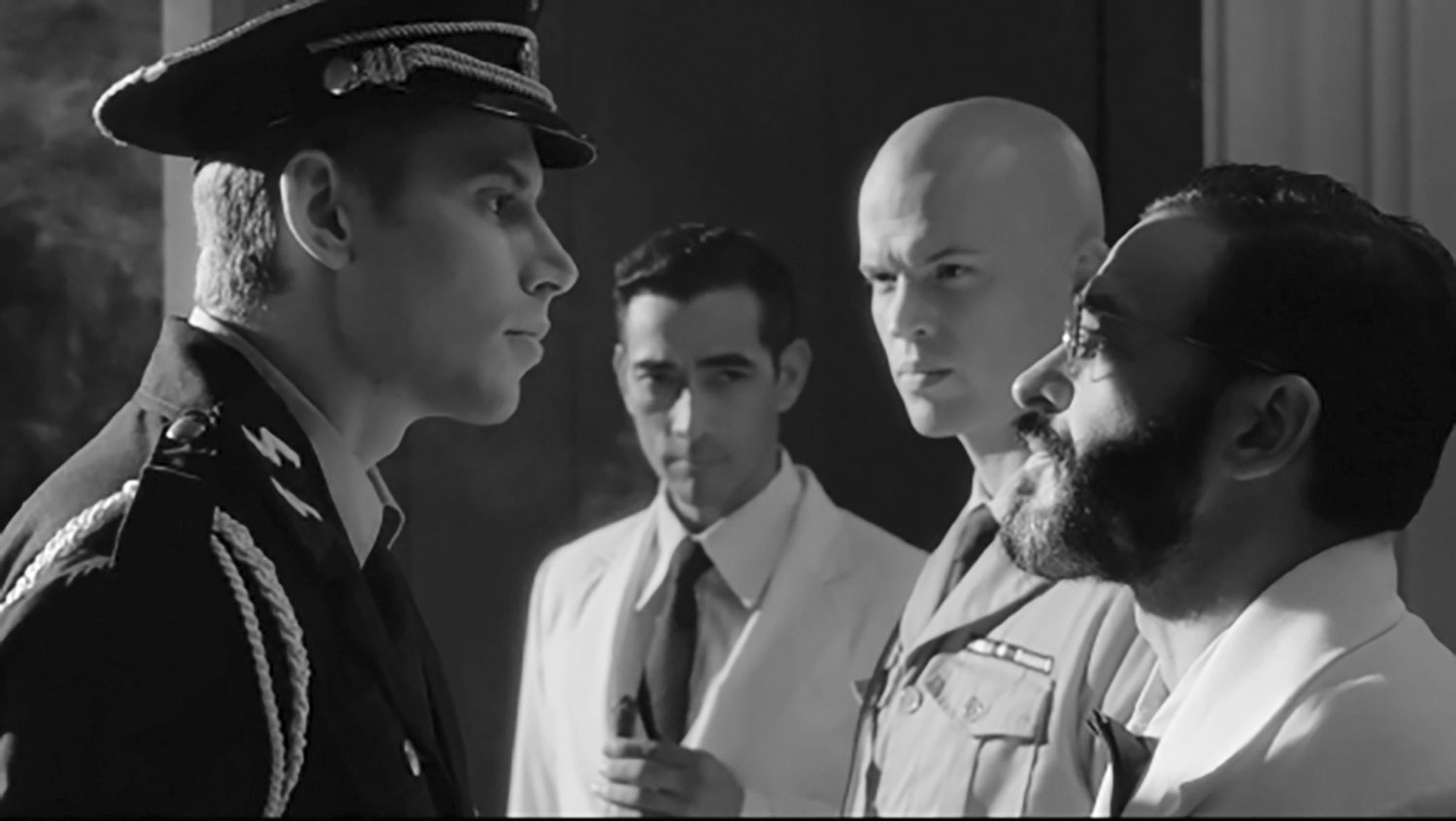 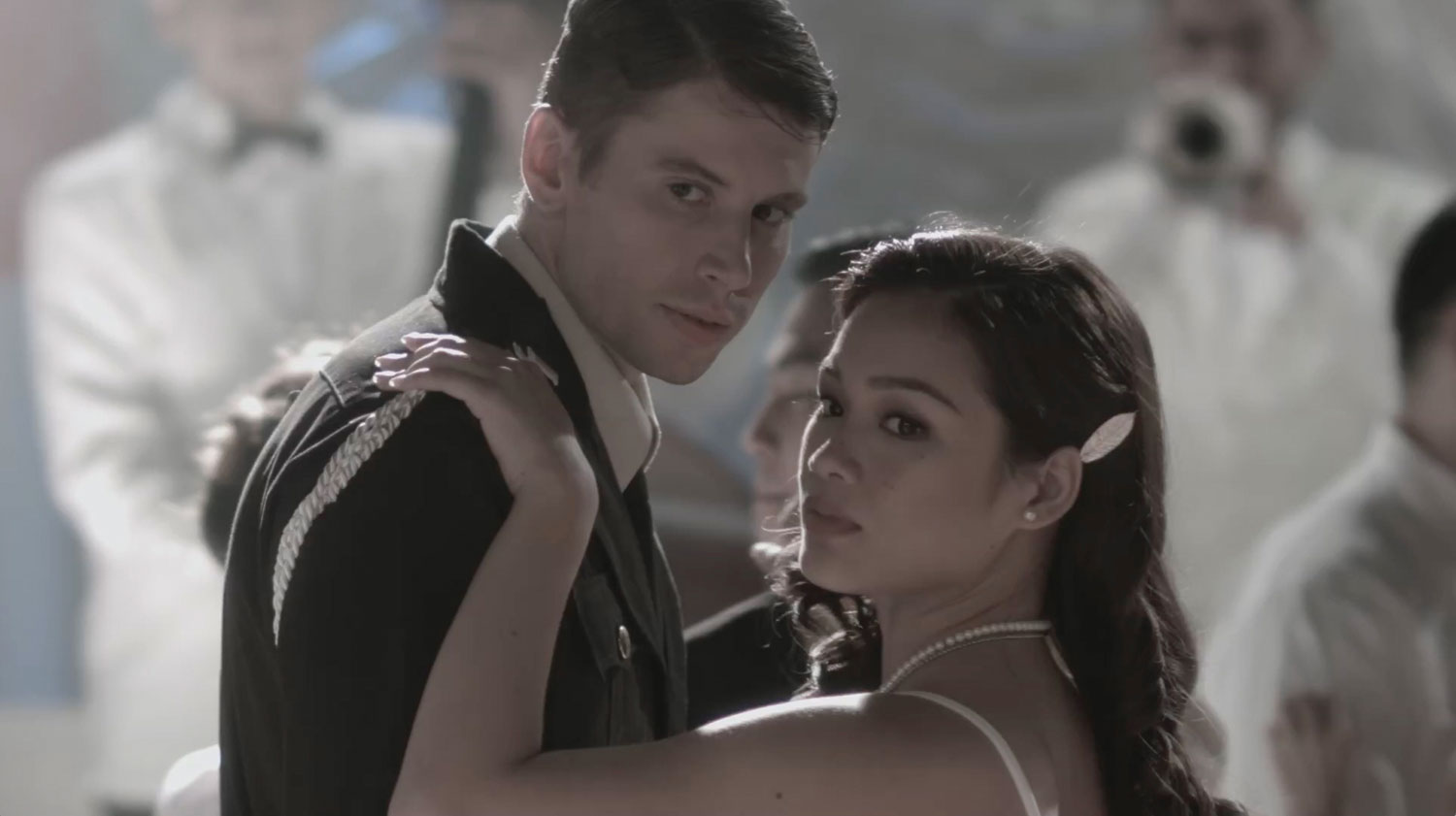 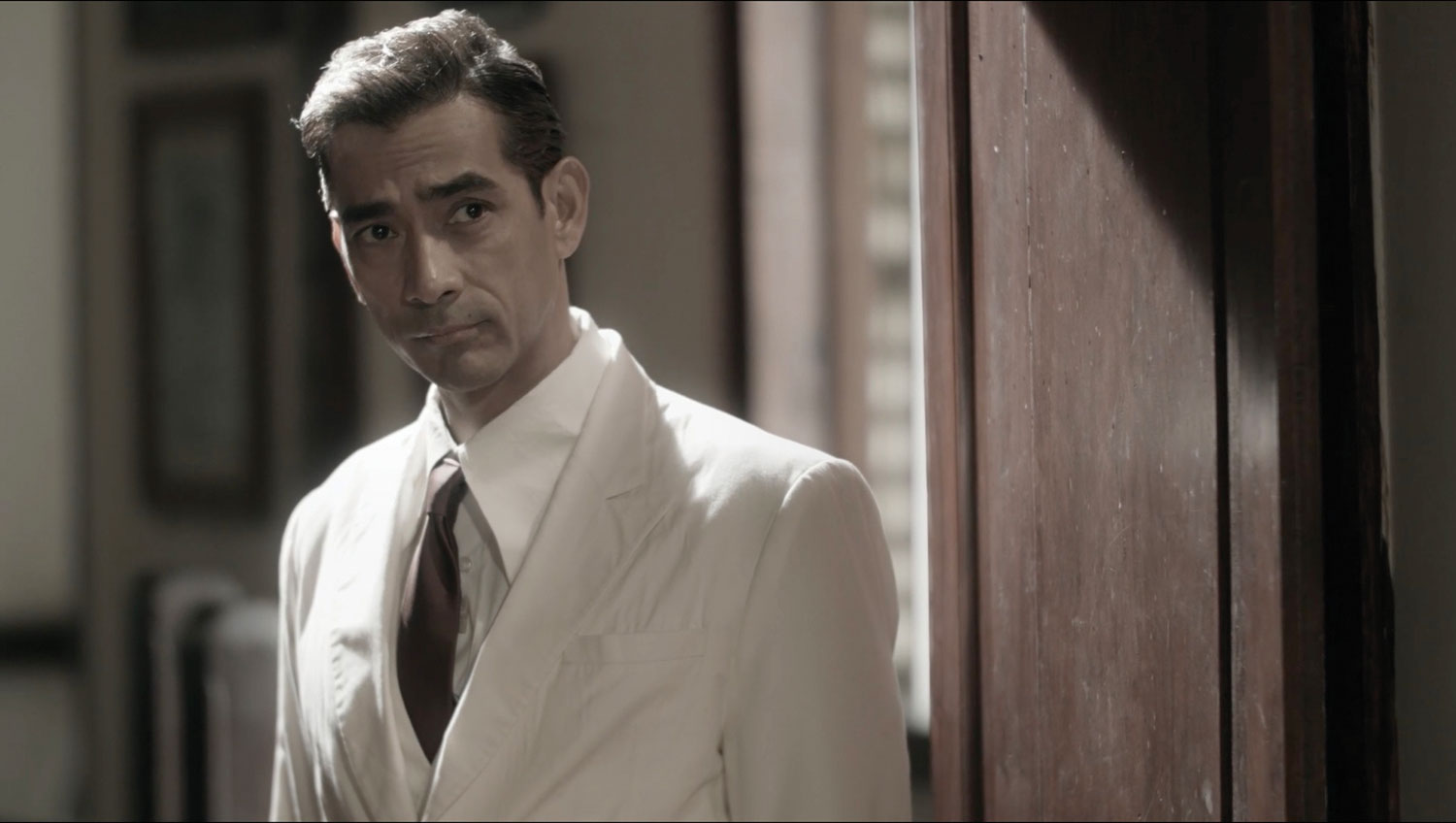 Filipino President Manuel L. Quezon (Raymond Bagatsing), who risked it all to rescue more than 1,200 imperiled Jews during from the Holocaust at a time when most countries were turning refugees away. | Photo courtesy of Star Cinema

JUST in time to commemorate the landmark 75th anniversary on Jan. 27 of the liberation of Auschwitz, the Nazi’s most- notorious concentration camp, is a Filipino film about the Philippine connection to the Holocaust.

Quezon’s Game, critically acclaimed during its multi-award-winning festival run and successful May 2019 theatrical release in the Philippines, will begin its U.S. and Canadian theatrical rollout this Friday, Jan. 24. In New York, the film will be screened at the AMC Empire 25  on 42nd Street and Regal Midway in Queens and at AMC Jersey Gardens, AMC Clifton Commons and Bergenfield Cinemas in New Jersey.

The film tackles the true story of Holocaust heroism during World War II in the Philippines by Filipino President Manuel L. Quezon, who rescued as many persecuted Jews as Oskar Schindler at a time when most countries were turning their backs. Quezon’s Game tells the incredible tale that has been once forgotten to history, of what just one man can accomplish when defeat isn’t an option … a miraculous feat of human triumph.

A Star Cinema/ABS-CBN Film Productions production in association with iWant and Kinetek, Quezon’s Game is the feature film directorial debut of Matthew Rosen (also serving as cinematographer) who has directed television, music videos and more than 700 commercials over 25 years, winning more than 50 international awards.

“My first feeling is that naturally I’m so ecstatic to know that it’ll be screened in many cities around Northern America. And to know it opens in the AMC at 42nd Street, I couldn’t help but feel giddy!” the film’s screenwriter Janice Y. Perez told the Asian Journal. Perez lived in New York for ten years before moving back to the Philippines in 2012.

“Above all, I’m just really thankful that a story like this is coming out, especially in times like these when there’s so much hatred and racism going on. It saddens me that anti-Semitism is back on the rise there in the States, and I’m hoping that if this film goes out to more places, it can help people realize that we can never go back to that kind of treachery,” she explained. “Compassion and acceptance should be the way.”

Rosen—a British national residing in the Philippines since 1986—and his Filipino wife, Lorena “Lori” Rosen, who co-produced the film, heard the little-known story of the film from members of the Jewish Association of the Philippines in 2009 and instantly realized they needed to retell this extraordinary and moving story on the big screen.

“I am a Jew who grew up in England and have experienced bigotry, but after 37 years in the Philippines, to this day, I have never come across prejudice, dislike or distrust because I am White or Jewish,” Rosen said. “I’m Pinoy at heart and this was truly a passion project for me. The story behind Quezon’s Game remains a reflection of the Filipino people today, a warm and welcoming culture.

Janice met the Rosens through her boyfriend, RJ Aquino (who also edited Quezon’s Game) since RJ has worked with the Rosens for a while.

When Perez first heard about this story from Matt Rosen, she could hardly believe it because she did not learn about it in her Araling Panlipunan classes in grade school, or even history classes in high school and college.

“In a time of war, when the rest of the world was in despair and apathetic,” Rosen continued, “the Filipino people—who were suffering their own hardships—shed a light on justice and morality to lead others. Quezon fought a lonely battle for what was right up until his untimely death. The message of this amazing story, which was largely forgotten, is more important than ever to in today’s growing climate of intolerance—and my wife, Lori, and I wanted to tell it. It’s my ‘thank you’ to the Philippines.”

As history buffs, Matt and Janice got along so he knew that she’d be fascinated by anything World War 2. The Rosens had originally conceptualized the story with another writer, but that writer had to bow out of the project for family reasons, so Lori reached out and asked Janice if she’d be interested to work on it. “I couldn’t pass up the chance of course,” she quipped.

“It truly blew me away as a screenwriter and as a Filipino to know that this happened in our own history, and I wish we dig up more stories like this because it’s stuff like this that our kids need to know so we can stop history from repeating itself,” Perez said.

Perez was the head screenwriter and researcher, and it was Matt and Lori’s eldest son Dean Rosen and her who put the story elements together in screenplay format, along with many discussions with Matt. He also scored the film and acted as one of the Jews.

Along the way they brought in Anthony Macarayan who helped the small team with the Tagalog-heavy dialogue and scenes as neither Dean nor Janice are native Tagalog speakers.

As WWII loomed and the 1930s drew to a close, desperate Jewish refugees seeking to flee German/Austrian ghettos and the escalating atrocities of the Nazi regime found little help from countries around the world.

Willing to risk it all, it was a moral obligation the Filipino leader was determined to fulfill … despite astronomical obstacles, the Philippines struggling, U.S.-reliant economy and his own gravely failing health due to a relapse of tuberculosis.

Instrumental as well was an ambitious, young U.S. Army Colonel, future president Dwight D. Eisenhower (David Bianco), then chief aide to General Douglas MacArthur, serving in the Philippines, a U.S. territory at a time when Filipinos (even diplomats and officials), like African-Americans, were required to use “colored” bathrooms at the White House.

Although Quezon’s intent to rescue 10,000 Jews was abruptly curtailed by the Dec. 8, 1941 invasion and three-year occupation of his country by the Japanese, he, his wife, Aurora (Rachel Alejandro), and daughter, Baby (Kate Alejandrino), succeeded against all odds to welcome more than 1,200 refugees, initially housing them on his own family’s property, Marikina estate. Yet in his final days in 1944, as president in U.S. exile, he regretfully turned to Aurora and asked, “Could I have done more?”

As a result of the moral courage displayed by the leader of the Philippines and his people, regardless of the consequences, Israel long ago instituted an open-door policy with the country, which permits visa-free visitation by Filipino tourists to this day—and, in 2009, erected an “Open Door” monument in Tel Aviv in commemoration of this act of humanity. Today, the Jewish diaspora in the Philippines remains a vibrant and welcoming community, with the descendants of refugees rescued by Quezon numbering around 8,000, according to a 2017 estimate by the Israeli Embassy.