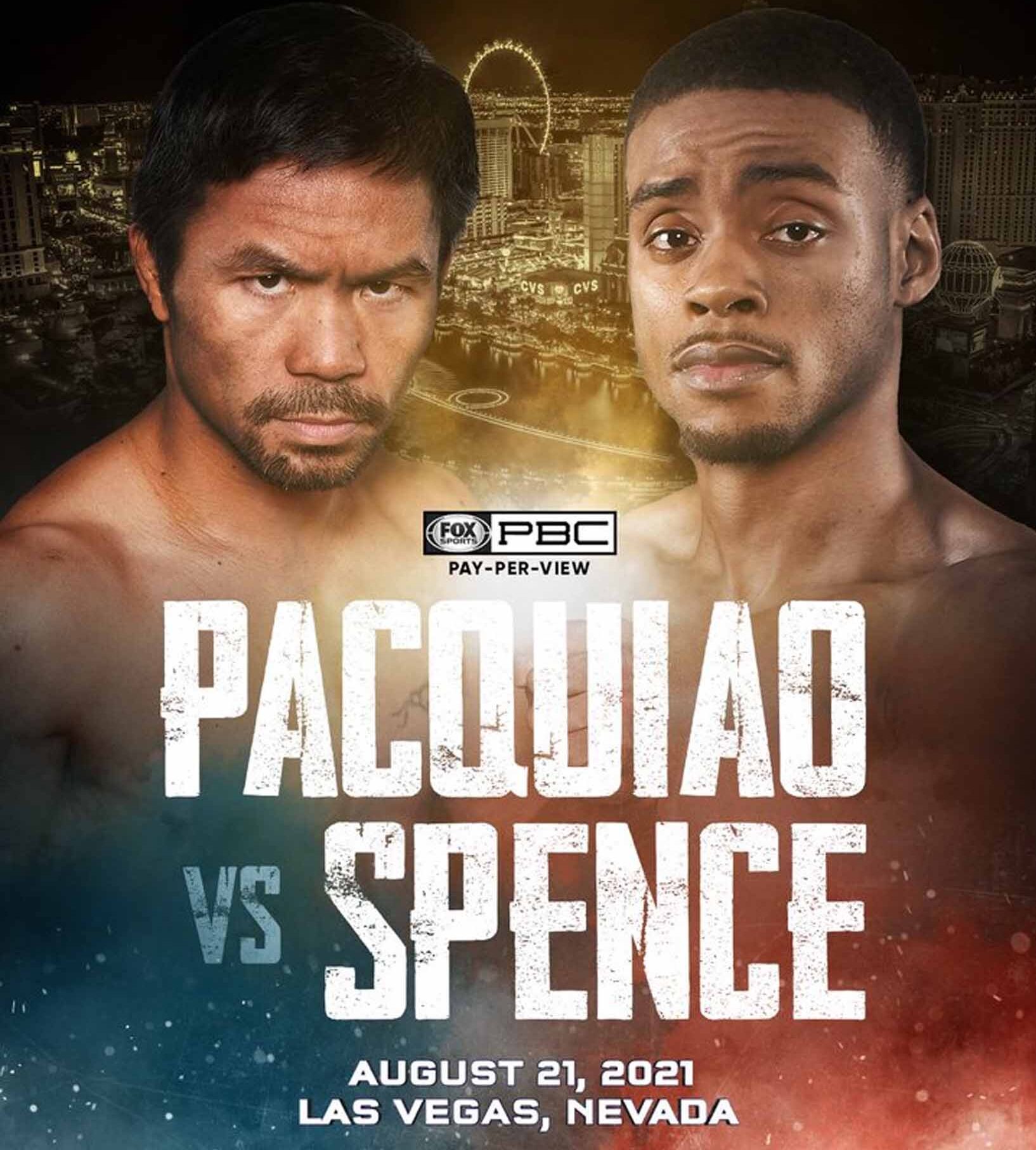 FILIPINO boxing icon and Senator Manny Pacquiao has announced his return to the boxing ring with a fight set for August 21.

Pacquiao on Saturday, May 22, posted on social media the promotional poster of his bout with American boxer Errol Spence Jr., who holds the International Boxing Federation (IBF) and World Boxing Council (WBC) titles.

The fight, which will be held in Las Vegas, Nevada and offered on Fox pay-per-view, will mark the end of Pacquiao’s hiatus since he won against American Keith Thurman for the World Boxing Association (WBA) super welterweight belt in July 2019.

His nearly-two year inactivity led the WBA into designating the Filipino senator as a “champion in recess.”

Earlier this year, Pacquiao was rumored to be fighting against American Mikey Garcia, but the possibility was dashed off when Premier Boxing Champions confirmed the fight between Pacquiao, 42, and Spence, 31.

“Many people believe Spence is the best welterweight in the world and one of the best pound-for-pound fighters in the world, and Pacquiao has never shied away from fighting real fights,” Sean Gibbons, the president of Manny Pacquiao Promotions, told ESPN.

Pacquiao reportedly “wants to continue his legacy” as a boxer, the promoter said.

After surviving a near fatal rollover car accident in October 2019, Spence won against compatriot Danny Garcia to retain his WBC and IBF in December last year.