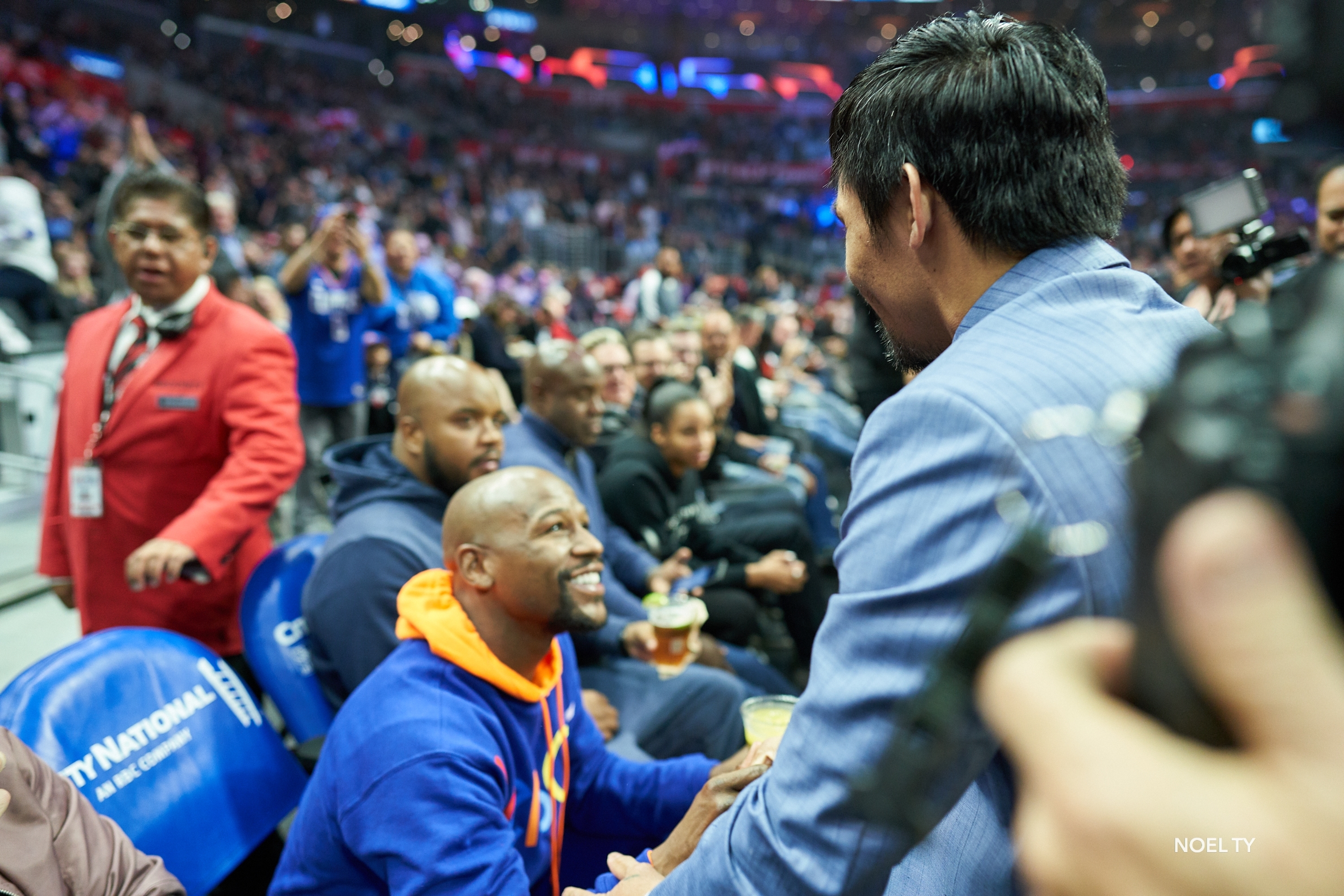 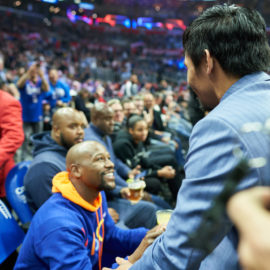 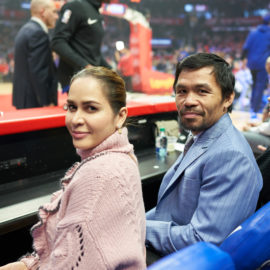 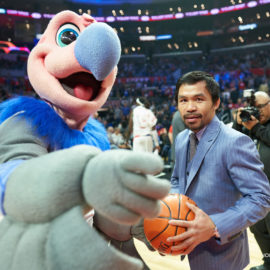 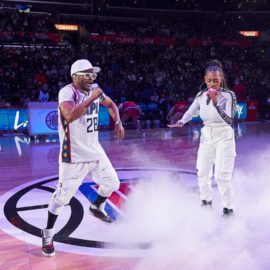 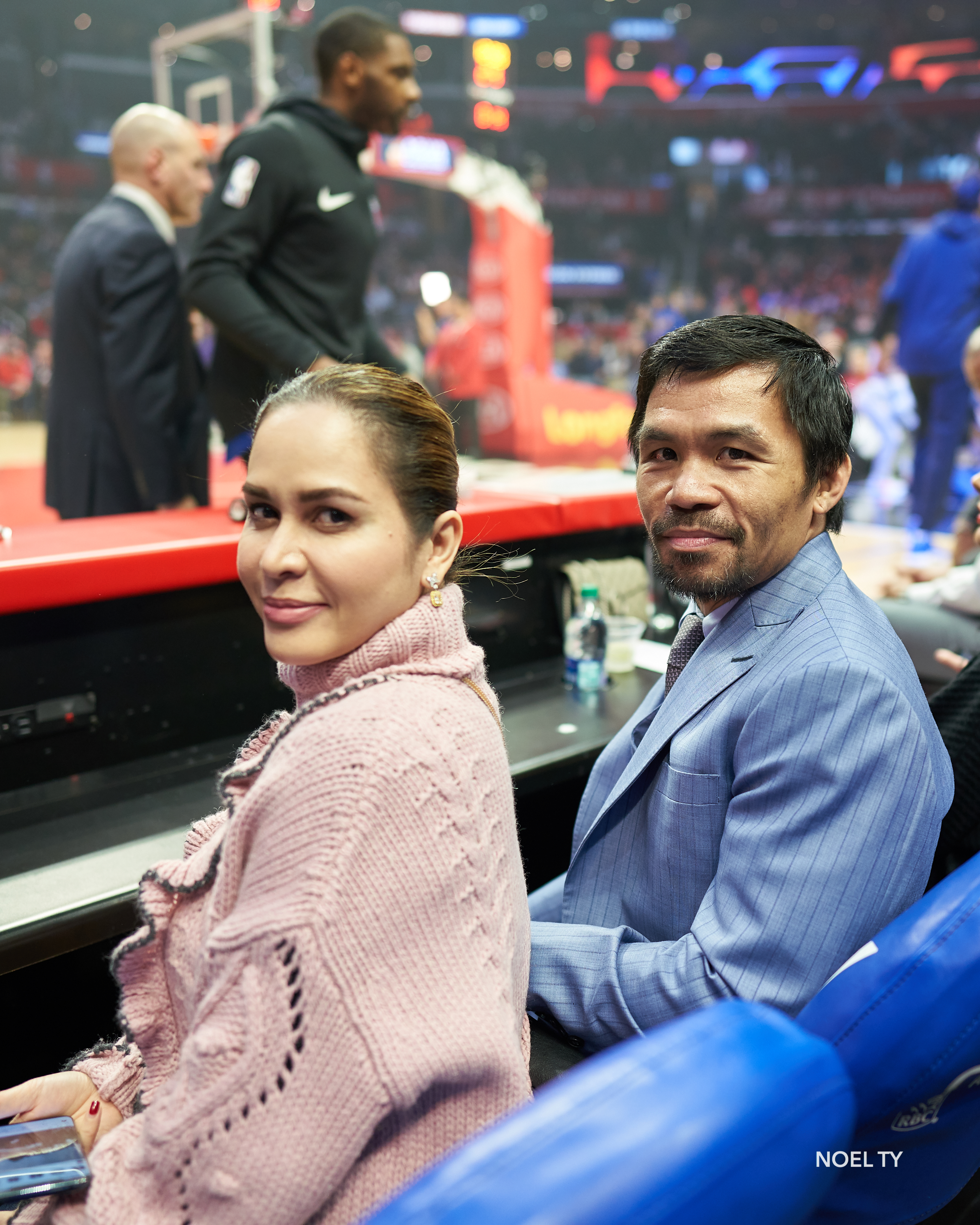 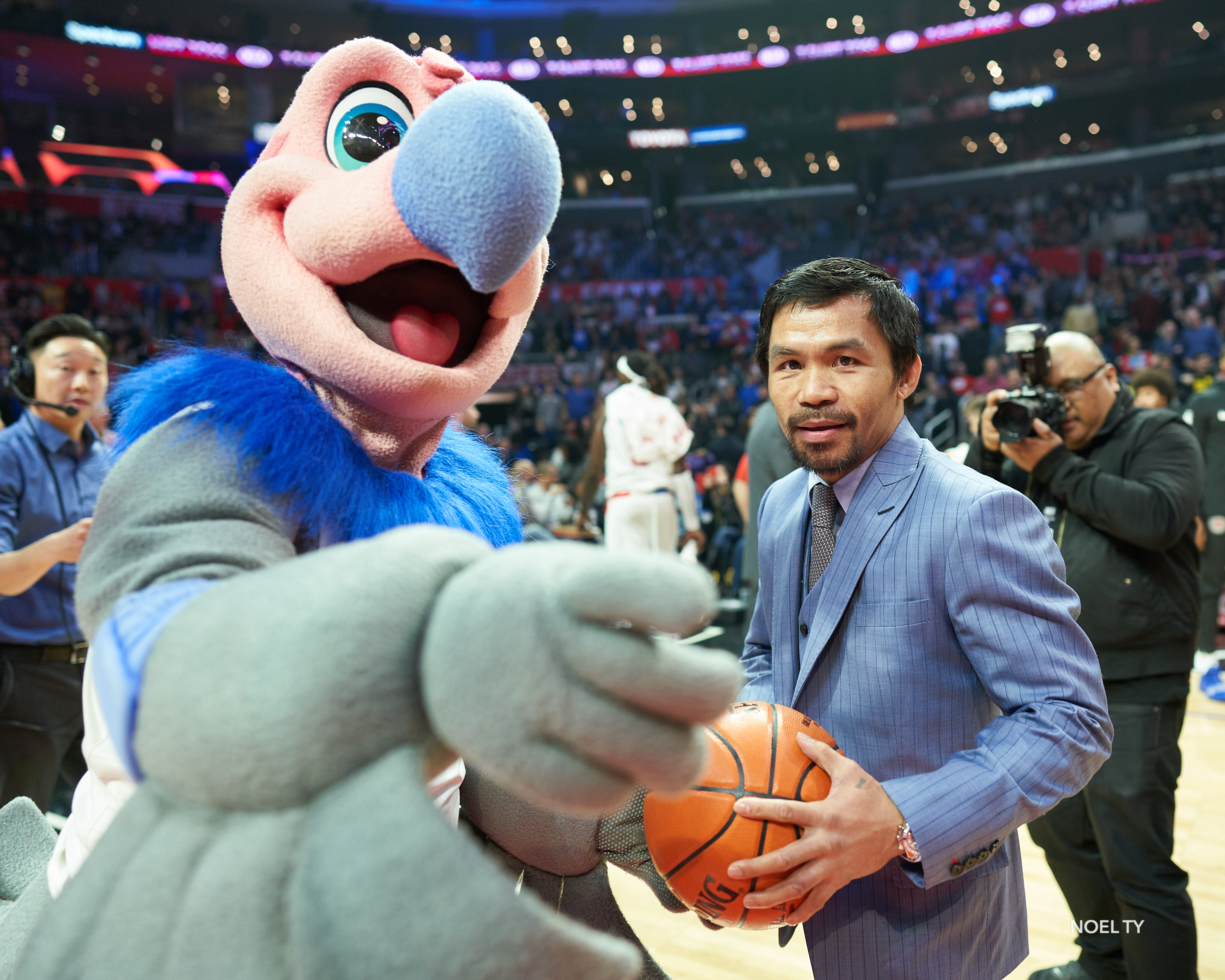 Pacquiao was one of the special guests at the game celebrated as the Clippers’ annual Filipino Heritage Night on Tuesday, January 8, and tossed T-shirts to the crowd after the first quarter. (AJPress photo by Noel Ty) 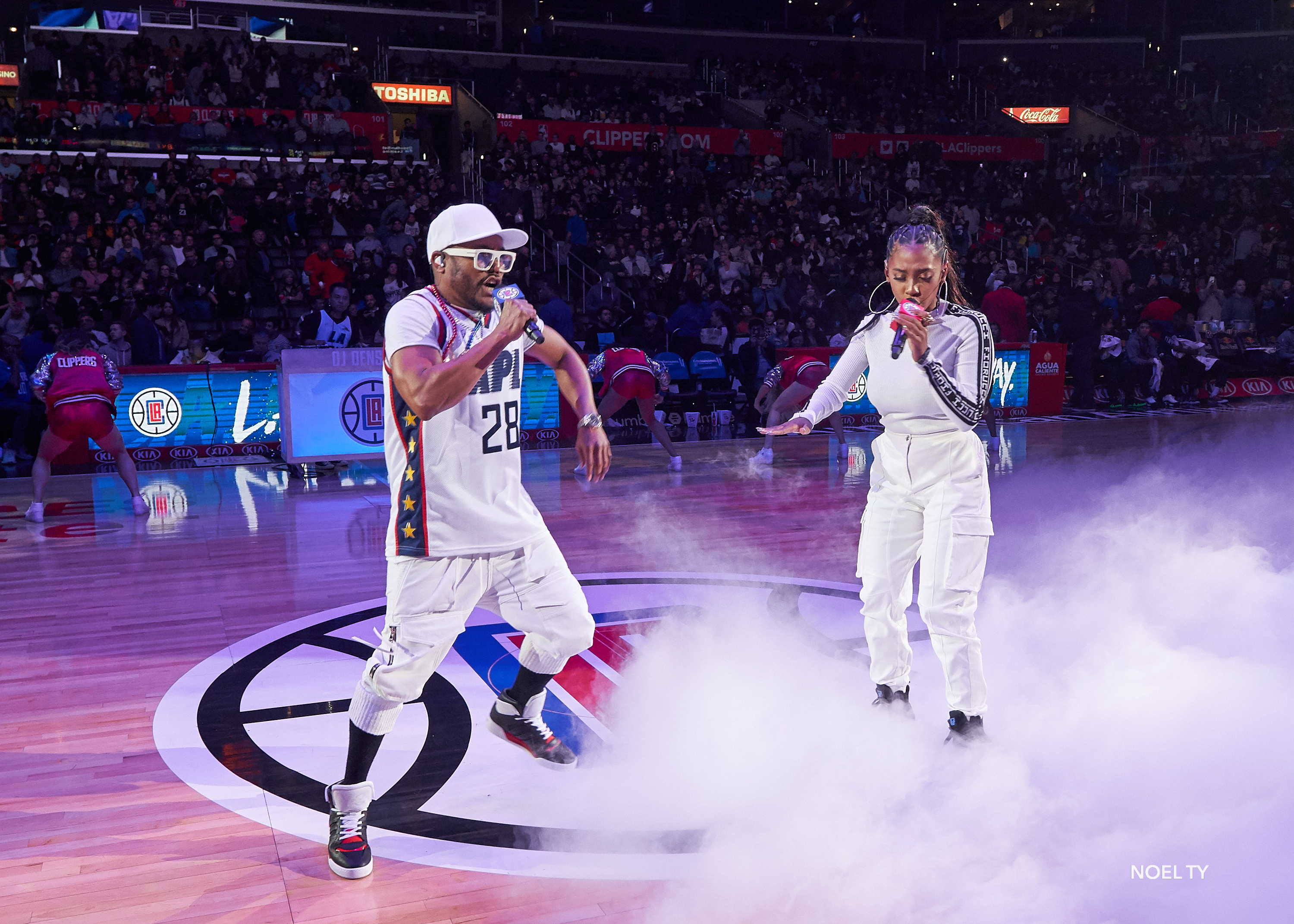 LOS ANGELES — Past boxing opponents Manny Pacquiao and Floyd Mayweather had a chance encounter at the Staples Center on Tuesday night, January 8, as they sat across from each other during the LA Clippers game against the Charlotte Hornets.

Pacquiao was one of the special guests at the game celebrated as the Clippers’ annual Filipino Heritage Night, which featured a half-time performance by Apl.de.ap of the Black Eyed Peas and Filipina singer Jessica Reynoso and appearances by other Filipino-American personalities. Pacquiao sat second row accompanied by his wife Jinkee.

After the first quarter, Pacquiao was on the court to toss T-shirts to fans in the crowd. He crossed paths with Mayweather, who was sitting courtside, and the two proceeded to shake hands.

“I’m so thankful they invited me to be there for the Filipino Heritage Night. I didn’t expect Floyd Mayweather [would be] there, nagkataon lang (It was a coincidence),” Pacquiao told the Asian Journal on Wednesday, January 9 after his appearance at the LA Clippers game.

The two boxers last faced off in May 2015 during what was billed as the ‘Fight of the Century’ — the negotiations of which were reportedly jumpstarted after the two met at a Miami Heat game in January of that year.

The Filipino boxer-turned-senator has been in Los Angeles since December to train for his upcoming fight against Adrien Broner on January 19 at the MGM Grand in Las Vegas.

Pacquiao held a media workout day on Wednesday, January 9 at Wild Card Boxing Club in Hollywood, while Broner had his at Ten Goose Boxing Gym in Van Nuys, CA.

Pacquiao denies talking about running for president with Arum

Pacquiao challenges Mayweather in a video with Jack Ma

Pacquiao remains confident ahead of July 20 fight against Thurman

Pacquiao files bill for Department of Homeland Security in PH

Pacquiao unfazed by Thurman’s words ahead of July 20 bout