Warning: unlink(/var/www/wp-content/uploads/wpo/images/wpo_logo_small.png.webp.lossy.webp): No such file or directory in /var/www/wp-content/plugins/wp-optimize/vendor/rosell-dk/webp-convert/src/Convert/Converters/ConverterTraits/EncodingAutoTrait.php on line 76

The sports world is in an era in which aging stars are finding incredible ways to hold onto power. Roger Federer and Serena Williams remain near the top of the tennis universe at the age of 37. LeBron James is still viewed as the best basketball player in the world despite having enough mileage on his legs to suggest he ought to be in decline. And of course, the NFL’s Tom Brady just won his sixth Super Bowl at the age of 41! This is likely a result, by and large, of sports science improving and athletes getting more serious (and more educated) about nutrition and exercise techniques that can keep them competitive. At the same time though, it can’t go on forever.

Sooner or later, the long-dominant current generation of “world’s best” athletes will move on, and a new wave of young stars will take over the world. In all likelihood, there will be some people we don’t expect who reach this level. In the meantime though, this is at least a partial snapshot of what the next wave looks like. 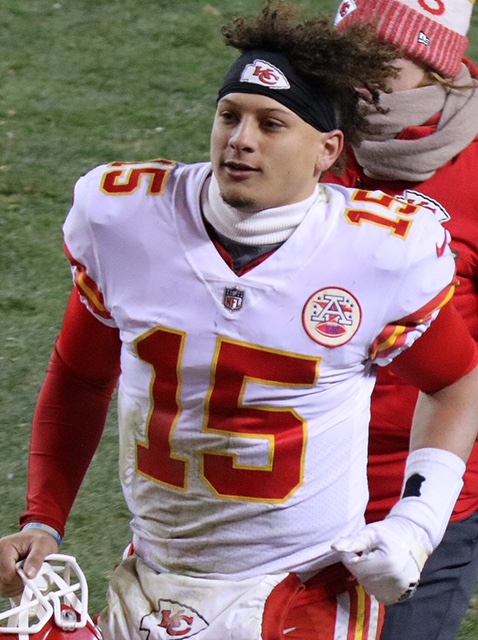 We may as well start with an NFL quarterback given that Brady’s sixth Super Bowl sparked this conversation. Pat Mahomes of the Kansas City Chiefs just won the league’s offensive MVP award in only his second season, and his first as the full-time starter. He plays the position in a thrilling, almost unprecedented style, and has a good team around him that should help him to compete in the playoffs for years to come. To say Mahomes is the next Brady is probably a stretch, but he does appear to be the next best QB in the world, and could be the de facto face of the NFL for a decade. 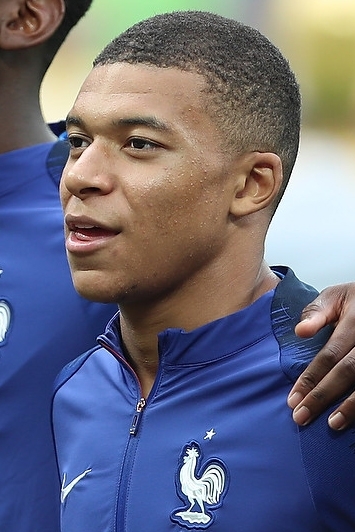 Kylian Mbappé may not even be an appropriate inclusion as part of a “next wave” given that he just led France to a World Cup win last summer. Mbappé is barely 20 years old, however, and has most of his career in front of him. He’s going to be one of the best footballers in the world – and probably the most popular one – in the era following the declines of Cristiano Ronaldo and Lionel Messi (who have also stayed on top of their sport for an almost unusually long time). 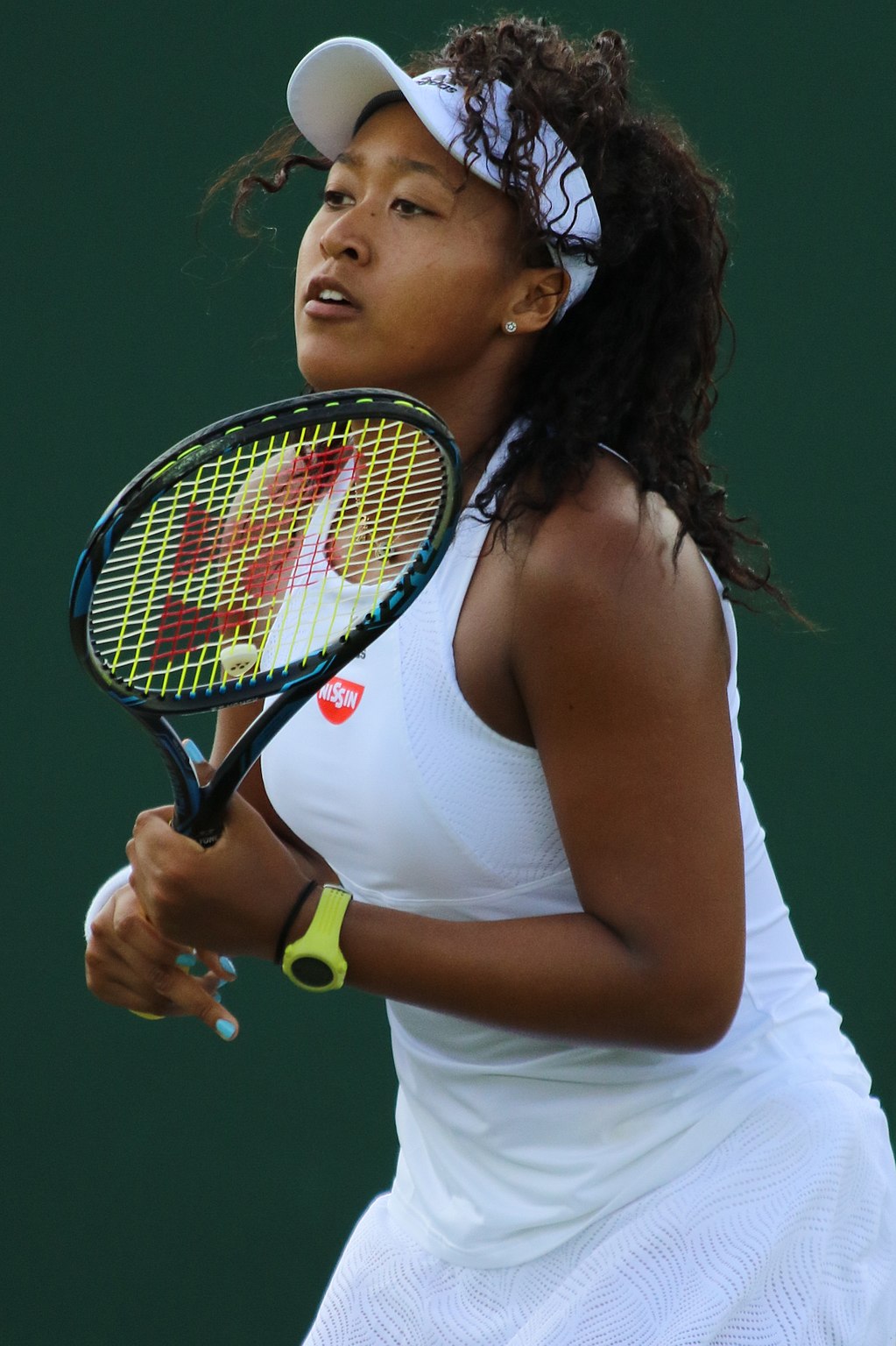 Naomi Osaka just won the Australian Open to earn her second consecutive Grand Slam title. This made her the first player to win her first two majors back to back since Jennifer Capriati in 2001, and given that Osaka is only 21 years old, she’s likely just getting started. Women’s tennis has been waiting for an heir to Serena Williams, and while Williams is still competing and – most would argue – likely to win more Slams, Osaka appears to be next. 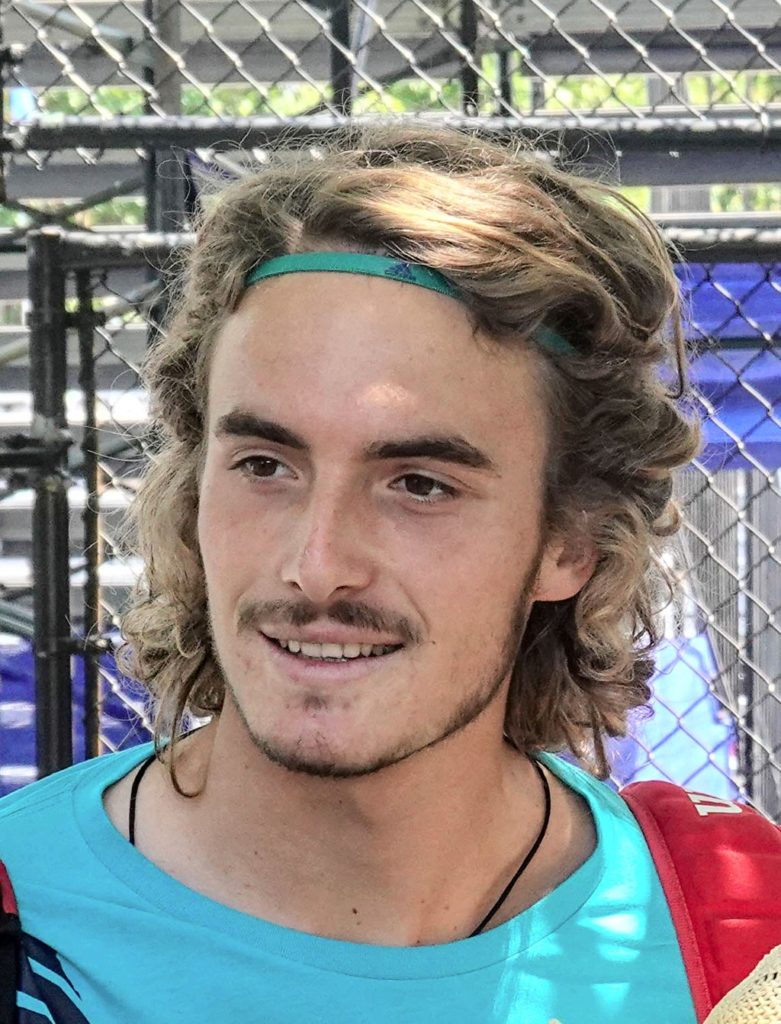 On the men’s side, Federer, Novak Djokovic, and Rafael Nadal may not be ready to let up their collective vice grip on titles just yet. However, Stefanos Tsitsipas exploded onto the scene in Australia, arguably supplanting Germany’s Alexander Zverev as the world’s most exciting up-and-comer. Tsitsipas, with his infectious joy, athletic figure, and exciting talent, is going to be prominent on the men’s tennis scene for well over a decade – though he may have a tougher path to being his sport’s greatest than other athletes listed here. 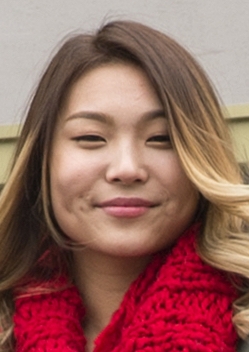 Chloe Kim became the youngest woman to win an Olympic medal in her sport when she took a gold at the 2018 Winter Olympics at only 17 years of age. She seems only to have gotten better since, and appears well on her way to becoming the most prominent snow sport athlete since Shaun White. Kim may not just be the best snowboarder in the world, but an athlete who can generate interest in her sport like few ever have. 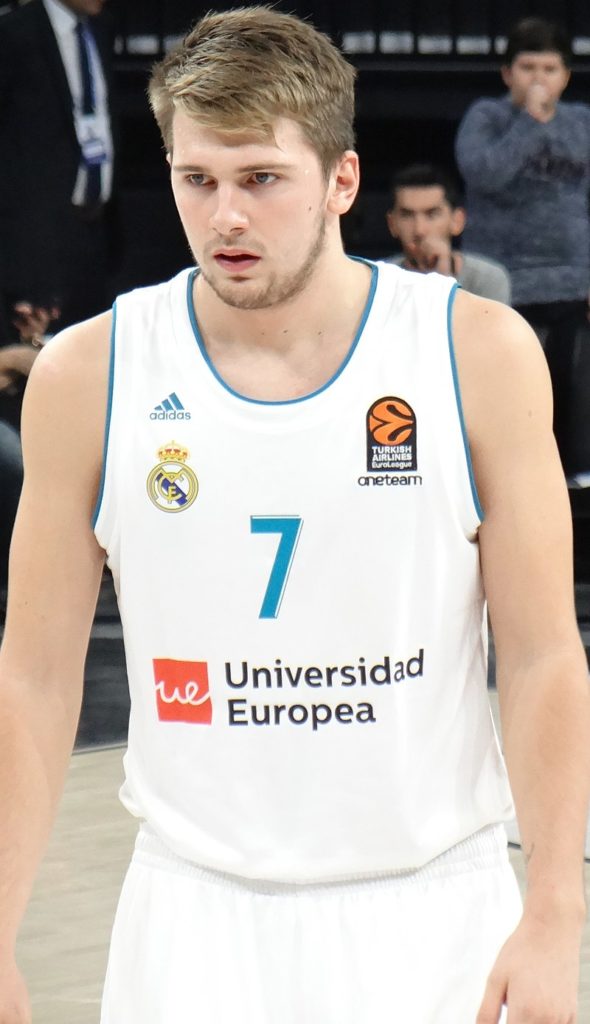 Currently in his first season in the NBA after playing professionally in Spain, 19-year-old Luka Doncic is taking the basketball world by storm. He’s going to win the league’s Rookie of the Year award and appears well positioned to become the best basketball player in the world within five or six years. He’ll also be all the more prominent now that his team, the Dallas Mavericks, have traded for another international star in Kristaps Porzingis. The two of them could form what one betting analysis referred to as an absurdly good and young duo, and will command a very bright spotlight in years to come. 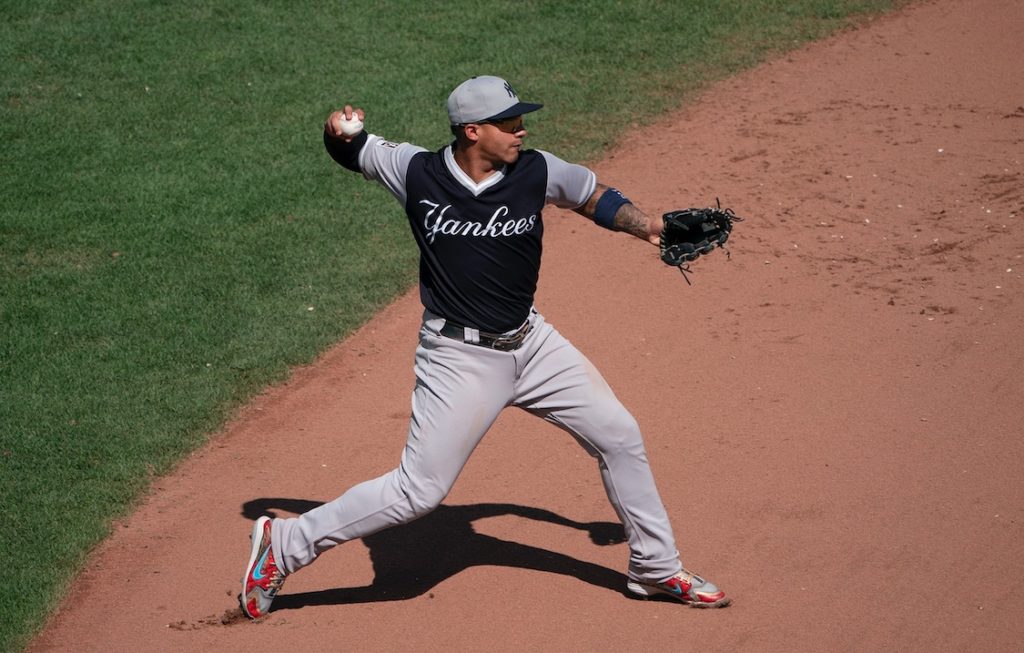 Like Tsitsipas, Gleyber Torres will have competition in his journey to become one of the best at his sport. However, the 22-year-old second baseman nearly won Rookie of the Year in 2018, losing out only to a 24-year-old with professional experience in Japan, and to his own 23-year-old teammate Miguel Andujar. Torres has long been ranked as a top prospect and showed that he can hit, field, and hit for power at the pro level at a very young age. He may well not become the definitive best baseball player alive, but his exceptional talents combined with the fact that he plays for the New York Yankees may ultimately make him the face of the sport. 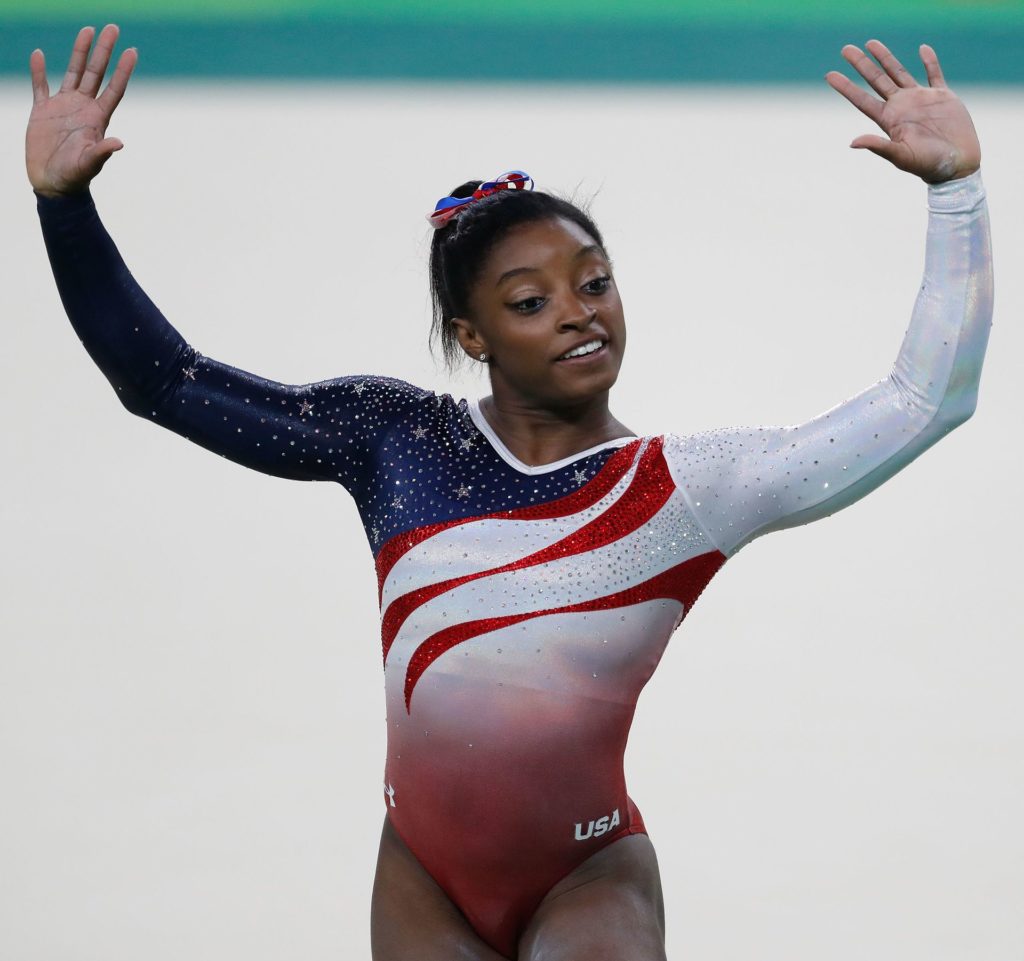 Simone Biles is by no means “next” after her incredible performance at the 2016 Olympics. The American gymnast put on what most analysts either said or implied was the most dominant display in the history of her sport. Gymnastics is a sport for very young athletes, so 2016 may in a way have been her peak. However, Biles is only 21 years old, and should be a star once more at the 2020 Olympics. That could see her elevated from best gymnast to potentially greatest Olympian in history.

I will kill anyone who asks for a birth certificate —Locsin