Globe continues to cement its title as the purveyor of the Filipino’s digital lifestyle by providing immersive, innovative experiences for customers both online and on-ground. This July, Globe is set to offer another fully immersive entertainment experience with Marvel’s Ant-Man and The Wasp!

From the Marvel Cinematic Universe comes Ant-Man and The Wasp, a new chapter featuring heroes with the astonishing ability to shrink. As he struggles to rebalance his home life with his responsibilities as a superhero, Scott Lang finds himself suiting up as Ant-Man once again when he must join forces with Hope van Dyne, The Wasp, on an urgent mission to uncover secrets from the past.

Get in on all the Ant-Man and The Wasp fun with a lineup of awesome activities from Globe Prepaid! Ever wanted to see yourself shrink down in size? Drop by SM Abreeza in Davao on July 13-14, or Ayala Center Cebu and Glorietta 2 Activity Center on July 14-15 to experience the Shrinking Photo Booth! Just register to GoSAKTO 140 with 2GB of data, unlimited calls to Globe & TM, and unlimited texts to all networks valid for 7 days for only P140. GoSAKTO 140 is now made even bigger with free 2GB for videos and games! Once registered, do your best Ant-Man or Wasp impersonation, get a GIF from the photo booth and a free ticket to Ant-Man and The Wasp. Don’t forget to post your GIF on social media with the hashtags #GoWATCHandPLAY and #AntManAndTheWasp!

You can also join in on the fun online with various contests from Globe pages and influencers! Watch out for posts on the Globe Facebook page. Try to spot the tiny dynamic duo and take a screenshot. You can also share a photo of you and your partner-in-crime with Globe influencers. Movie passes and exclusive Marvel merchandise are up for grabs so stay tuned!

Let Globe power your superfandom with free 2GB to GoWatch and Play all the videos and games you love. Access your favorite video streaming  and gaming apps and sites including Netflix, YouTube, HOOQ, NBA, Disney, Cartoon Network, Arena of Valor, Mobile Legends, Clash of Clans, and Clash Royale. Stream and play away without worrying about consuming your GoSAKTO or GoSURF MBs. To learn more about this promo, text WNP INFO to 8080.

As a proud partner of The Walt Disney Company Southeast Asia since 2015, Globe creates avenues for Disney fans in the Philippines to get closer to their favorite stories and characters. The collaboration gives Filipino customers access to video-on-demand, interactive content, promotions and other related services across multiple devices and affirms the relationship of Globe with Disney whose brands include Disney, Pixar, Marvel, Star Wars. Past Disney films that Globe has promoted are Incredibles 2, Solo: A Star Wars Story, Avengers: Infinity War, and Black Panther. 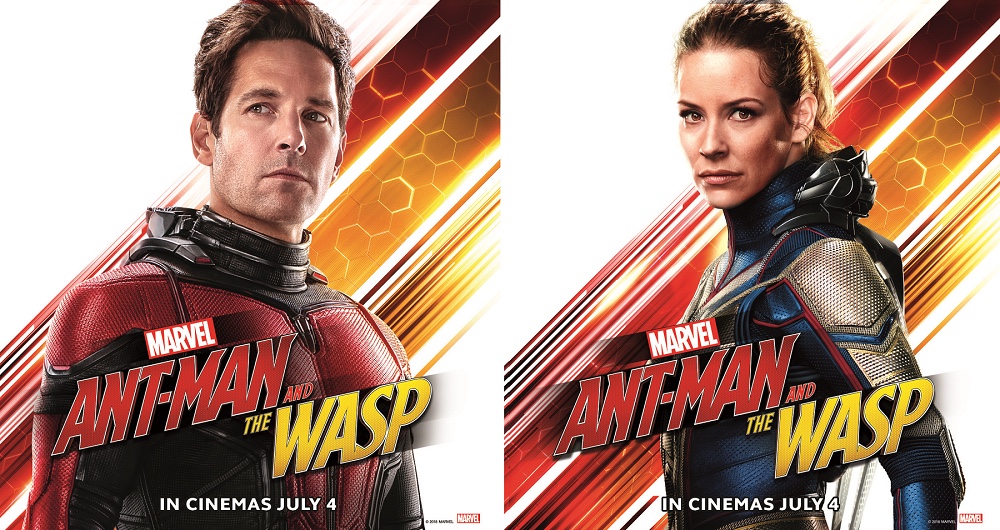 About Marvel Studios’ “Ant-Man and The Wasp”
From the Marvel Cinematic Universe comes “Ant-Man and The Wasp,” a new chapter featuring heroes with the astonishing ability to shrink. In the aftermath of Captain America: Civil War, Scott Lang grapples with the consequences of his choices as both a Super Hero and a father. As he struggles to rebalance his home life with his responsibilities as Ant-Man, he’s confronted by Hope van Dyne and Dr. Hank Pym with an urgent new mission. Scott must once again put on the suit and learn to fight alongside The Wasp as the team works together to uncover secrets from the past.