President Obama has nominated a prominent and generally well-qualified civil rights attorney for Secretary of Labor, Thomas Perez. Mr. Perez is presently Assistant Attorney General in charge of the Department of Justice’s (DOJ) civil rights division. He is being attacked by Republicans who may block his confirmation because of his contentious civil rights positions.

The exclusion of Asian Americans in the $335 million settlement relating to Bank of America/Countrywide is especially astonishing since we were a major target of Countrywide’s predatory practices. In particular, Countrywide specifically targeted Asian Americans who were new immigrants with cultural and language barriers for predatory loans that were soon to blow up.

In December of 2012, when the National Asian American Coalition (NAAC) learned about the deliberate exclusion of Asian Americans, we assumed it would be easily resolved by talking with Mr. Perez’s department. But, Mr. Perez seemed unconcerned. As a result, on January 22, the NAAC wrote to Attorney General Eric Holder seeking a meeting and an explanation as to the Asian American exclusion, but received no response. We then sought a meeting or a phone conversation to determine whether it was Mr. Perez’s deliberate policy or that of the Mr. Holder himself to exclude Asian Americans from key settlements with banks.

Attorney General refusal to meet in Washington, DC or anywhere

We went to Washington, DC during the week of March 4th but failed to meet with Mr. Perez, even though far busier officials, such as the Comptroller of the Currency and the Director of the Federal Housing Finance Agency, readily met with us. No one from the DOJ’s civil rights department met with us, although the new Assistant Attorney General for the antitrust division found time to meet with us.

To avert a disaster that could be a set back to the President and an apparently well qualified candidate for Secretary of Labor, we contacted the head of the Congressional Asian Pacific American Caucus, Congresswoman Judy Chu, and the chairman of the Senate Judiciary Committee and two key members that will decide the fate of the President’s nominee. The other key members are California Senator Dianne Feinstein and the newest and only US Asian American Senator, Mazie Hirono, of Hawaii.

Once the DOJ contacts us, we will demonstrate that at least $150 million is due from Bank of America/Countrywide to 100,000 Asian Americans. We will also demonstrate that although Blacks were covered under the settlement (and properly so), the harm to Asian Americans in California was three times greater because of (a) our much higher level of home originations; and (b) Countrywide specifically targeting vulnerable Asian American communities that were new immigrants and had language barriers.

We urge President Obama to save his nominee for Secretary of Labor by urging Attorney General Holder to immediately address the problem. At a minimum, $150 million in additional funds should be secured from the Bank of America to compensate a hundred thousand Asian American families, including the many thousands reading this article.

Faith Bautista is the president and CEO for the National Asian American Coalition, a leading HUD-approved housing counseling agency headquartered in the San Francisco area and with a regulatory and congressional liaison office in Washington, DC. 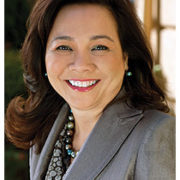