A FILIPINO American emerged as the best dancer of them all!

On Monday, September 16, Fil-Am Bailey “Bailrok” Munoz was hailed the champion of the 16th season of “So You Think You Can Dance (SYTYCD).” The 19-year-old succeeds Filipina American Hannahlei Cabanilla who won the previous season last year.

Aside from being named “America’s Favorite Dancer,” Las Vegas-native Bailrok will also take home a $250,000 grand prize and a cover article in Dance Spirit.

Fellow finalists Mariah Russell, Gino Cosculluela and Sophie Pittman finished second, third, and fourth respectively. Bailrok will also join the rest of this season’s top 10 dancers as they go on tour this fall.

“It hasn’t sunk in yet that I’m the first b-boy ever [to win],” Bailrok told Hollywood Junket following his victory.

Week by week, Bailrok has wowed the judges by breaking out of his “b-boy shell” and excelling at every genre — from ballroom, to contemporary, to hip-hop — and nailing every performance assigned to him. “B-boying/girling” is a form of hip-hop dancing which has evolved into a highly demanding type of dance physically and mentally.

Bailrok revealed that finding a whole new strength in himself was his favorite part of his SYTYCD journey.

“I really wanted to show that I could do it, that I could [overcome] obstacles I was faced and to give it my 100% every time I was on that stage,” he said.

Behind BailRok’s recent success are his proud parents, Ferdie and Barbra Munoz, and his younger sister Faithe, who were always present during all his live performances. 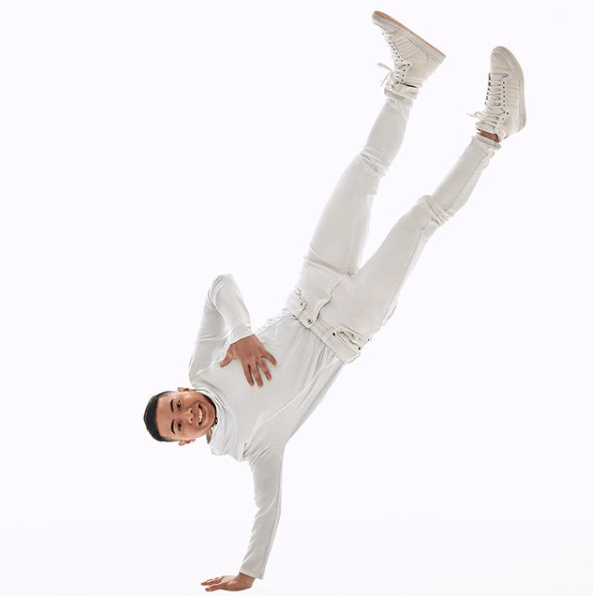 Judge Nigel Lythgoe told Buzz that America got it right when it voted Bailrok as “America’s Favorite Dancer.”

“What I loved about Bailey is his heart is bigger than him. And he’s the only one with the only style that hasn’t been done by anybody else on the series,” the “American Idol” producer added.

During the show’s finale episode on Monday, judge Mary Murphy was asked to name her favorite routine of the competition. She picked Bailrok’s Broadway routine with SYTYCD alumna Koko Iwasaki on the show’s 13th episode last September 2.

“He affects me,” Murphy explained. “He triumphs over his challenges.”

The judges stood from their seats as they raved about the duo’s performance.

Judge Dominic Sandoval especially commended Bailrok for his moves, saying that “you’re a b-boy, but you’re like Magic Mike the Filipino version.”

“Once again, blown me away!” Sandoval concluded.

Bailrok has found his niche in breakdancing as early as 8 years old. He earned respect within the b-boying community as he showed confidence and creativity that matched those of his older and more experienced contemporaries.

In 2010, Bailrok performed as the other half of the Future Funk duo on “America’s Got Talent and finished in the semifinals.

Since then, Bailrok has worked and met with countless celebrities through dancing. He has charmed a lot of audiences with his diverse performances, ranging from a New York Knicks game to a political sortie of former U.S. Senator Harry Reid. He was also featured in Chris Brown’s music video “Yeah 3x.”

In a previous Asian Journal report, Bailrok shared that when he is not busy breaking out some cool dance moves, he loves having tocino and longanisa for breakfast and often requests for his favorite adobo, kare-kare and lumpia. And just like most Filipino kids, Bailrok goes to church every Sunday and greets his grandparents with the traditional mano.