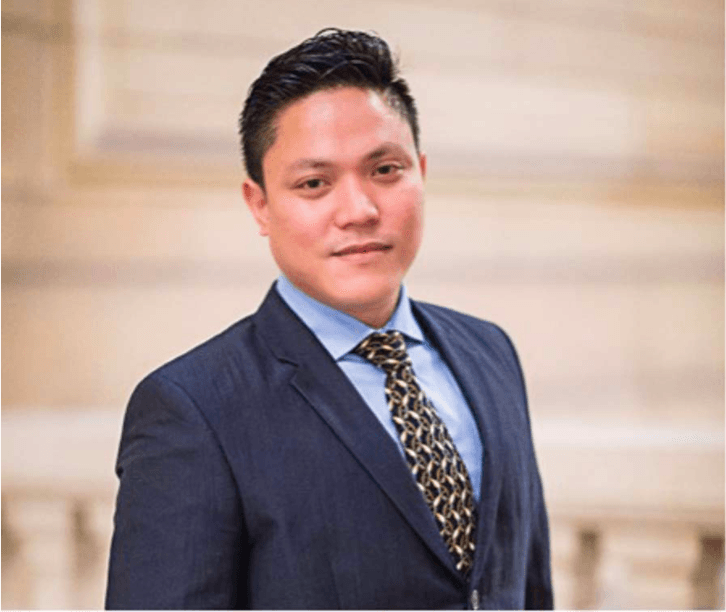 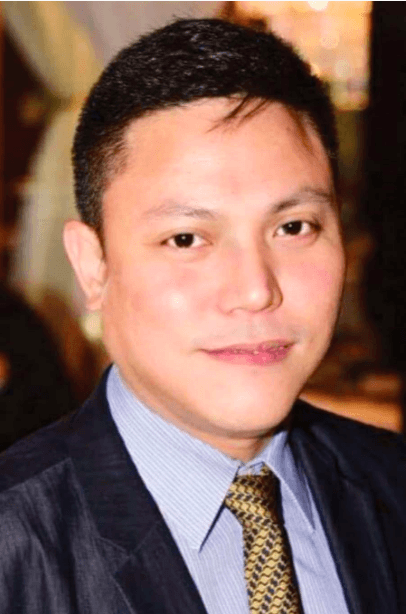 The profile of a man with innate entrepreneurial skill 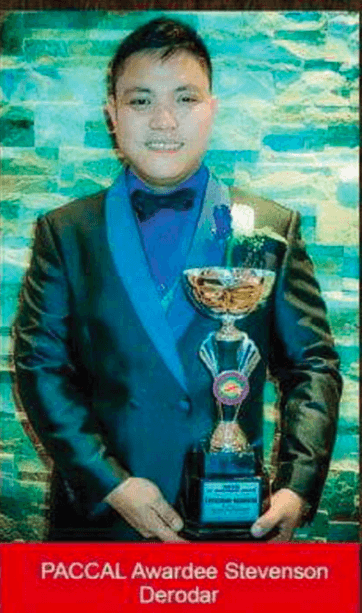 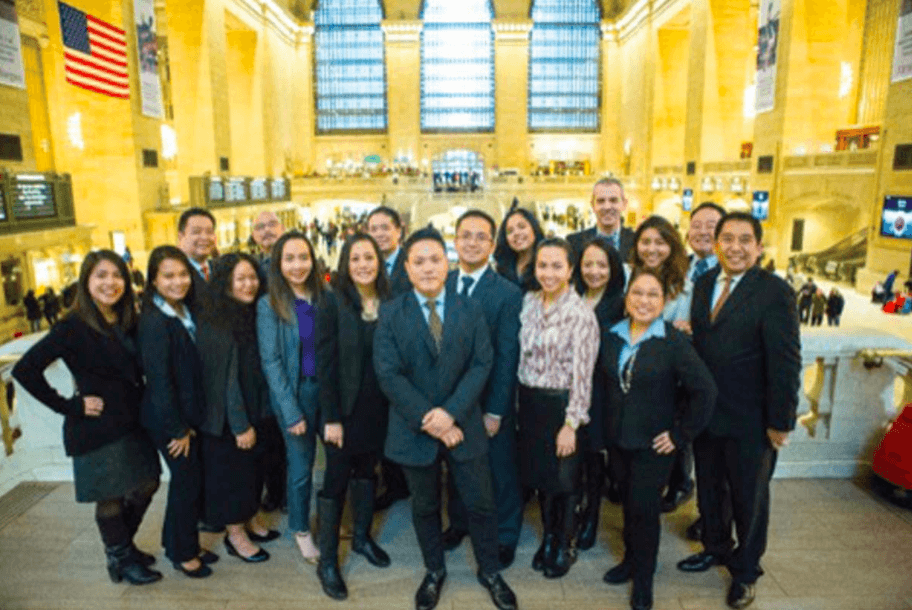 Derodar with The Heart of Impact Board

The fourth among 6 siblings, it wasn’t difficult for his parents, Engineer Pancho V. Derodar and Romarica Cendrillon Derodar to rear young Stevenson Van C. Derodar for he was industrious, self-reliant, and dependable. Growing up, he spoke his mind, knew what he really wanted, stood for his rights, and keen on observing the goings-on around him.

Early signs of his innate entrepreneurial strategies were keenly manifested through his past forecasted manpower management where he found means of integrating human resources supervision out of his limited capital investment.

When he was in grade school, Steve consistently displayed incredibly laudable entrepreneurial skills. He would sell maja (steamed rice cake of battered gelatinous rice) to his classmates to augment his limited daily allowance, while in high school he would vend lumpia (fried spring roll) and in college, he upgraded his business strategy into being a supplier of puto cheese (white rice cake topped with cheese) to various school canteens in the city.

His startling business concepts gradually gained subsequent drive that provided ways of advancing his intrinsic entrepreneurship and business inclination without formal training. His strategic commercial acumen effortlessly delivered much more than what he simply expected regardless if he dwelt on a terra incognito (unexplored territory) for his consumerist giftedness furrowed new direction that fortuitously led him to where he’s best at.

Sure-fire core dexterity and practical know-how laced with substantial values and genuine inter-personal relation were irrefutably the main factors that sustained any business Steve ventured into.

“But people would often remark that I didn’t have to ply my wares or work hard since my parents had a flourishing fishing business…as well as my immediate relatives. They just didn’t understand it was my passion to do business… an obsession to be able to learn the ropes of the trade aside from my aspiration to be self-reliant.” Steve reasoned out to shed light on the prevailing wrong notions. “I found excitement from the modest profits I gained while challenged to explore various commercial sources and enjoy the efficacy of my business schemes.”

Sensing his cleverness and proficiency in terms of entrepreneurial matters easily this guy knows the dynamic process of creating incremental wealth while simultaneously gaining fame and building an influential empire. Well, not really far from realization!

But this Virgo guy (born August 27 in Cebu City) isn’t only business oriented or merely confided to Marketing for his methodical approach and strong sense of understanding human nature makes him a potential leader. A perfectionist in everything he plans and implements, Steve proves his effectual leadership through proper delegation.

“I give specific task to people to allow them to learn, grow, and deliver their own share of ability.” He stated with conviction. “As a leader I must gauge the capability of my members and discover their weaknesses and strong points to be able to facilitate a harmonious working group.”

Steve’s leadership traits were evident even during his formative years. At the tender age of 15 Steve was elected as the top officer of Sangguniang Kabataan and at 20 as Governor in the College of Physical Therapy having had graduated as the Most Outstanding Intern in his class. At the same age he was the recipient of Dugong Kabataan Sugbuanon from Cardinal Vidal of the Archdiocese of Cebu. His stint in Ayala Land made him an Ayala Young Leader within just a year followed by a prestigious recognition as an Outstanding Cebuano Youth Leader from the Office of the Mayor – Cebu Youth Commission. It wasn’t surprising at all when he seriously turned to real estate at 25 where he amassed his first million pesos.

Although it’s often said that every one of us can be a leader but it takes one to really be a born organizer… one who could head and lead a team equipped with emotional stability, with the knack to tolerate frustration and stress while simultaneously influencing his subordinates with enthusiasm and compulsiveness.

The art of communication is the language of leadership…transparency and openness pave the road to a well-focused and well-motivated society.

Steve, being one innately true-blooded leader, knows who he is and what he stands for. Already familiar with the values he has to embrace, the rules he has to abide, and the laws he needs to implement, Steven’s keen foresight and ubiquitous influence can straightforwardly be felt by every member within the organization.

I have known Steve for almost a decade since his initial resettlement in the Big Apple. Ambitiously aggressive, a rapacious people person, beguiling in his intrinsic propensity, garrulous at times yet taciturn when deemed necessary, but could turn maleficent sans caveat when rage is insurmountable. At times he could be mistaken for a braggadocio due to his bloviating comportment or being supercilious for his earsplitting vocal tone especially when excitement prevails in trying to emphasize a point but in reality Steven is actually affable with a munificent heart.

For more detailed information, let’s get to know who Stevenson Van Cendrillon Derodar really is through a series of questionnaires he uncomplainingly answered during our brief tete-a-tete over lunch one Monday noon.

Asian Journal (AJ) – At what stage of your life did you realize you were on the right track towards achieving your dream?

Stevenson Van Derodar (SVD) – I knew I was really headed to where I really wanted when I was elected President of Sangguniang Kabataan and several related public positions followed.

AJ -  What was your first professional job after college?

SVD – I spent my first year at Chong Hua Hospital as a Physical Therapist and then the next two years at Pasay Adventist Hospital as a weekend volunteer.

AJ – How were you enticed to join Ayala land when you’re a PT graduate?

SVD- I was actually challenged by the opportunity aside from the attractive commission one gets from every sale. I was also lured by the company’s unremitting effort in developing its agents to becoming leaders and the chance to travel.

AJ – When and why did you come to NY?

SVD- Ayala Land sent me in 2007, after having ascended the leadership ladder, as the company’s Marketing Operative to observe and study real estate sale possibilities.

AJ – What made you join JCI (Junior Chamber International)?

SVD- Actually I was very much aware of JCI even back in the Philippines. I was already a member of Metropolitan Junior JC at 17 and had even been awarded as an Outstanding Young Chapter Leader. So it was undemanding for me to be re-affiliated here.

AJ –When did you assume JCI Presidency?

SVD- I was elected JCI President in 2006 with the theme: “The Heart of Impact”

AJ – How was it to lead a prestigious international organization?

SVD- It was exhilarating and tedious while challenging and rewarding, as well. With the common exigencies any organized group encounters I was all the more dared to confront every single quandary: there’s the inscrutable membership situation, some capricious members would come and go while others have various personal priorities that limited their engagement with the organization.

AJ – What was rewarding about being the “Man on the totem pole?”

SVD –My stirring perseverance, dedication, and hard work that benefitted the organization during my term were appropriately recognized that merited my stature as one of the Most Outstanding Local Chapter Presidents in the entire USA…having exalted for creating “Icons of Impact,” a true testament of JCI  project that empowers, brings impact, and strengthens our relevance to the community while nurturing our relations. And not to forget, I was also recognized by the Pan American Concerned Citizens Action League, Inc. (PACCAL) during its Silver Anniversary Awards and gala Night last October 21, 2017.

AJ – What are your future plans in relation to JCI?

SVD- Next year, I’ll be assuming the JCI New York State Presidency and will be steered by the theme: “Nothing is impossible, Excelsior…!” Hopefully I deliver far beyond their expectations, stamp an indelible mark, carve the JCI niche in the realm of the community, and make a difference worthy of emulation.“

Stevenson Van Derodar, in his capacity as 2017 JCI Chairman of the Board, NY State Jaycees Vice-President, 2015 Director of Community Development, 2013 International Affairs VP, 2012 Membership Services VP, 2011 Director/Interim Membership Services VP and as an indefatigable member, is indubitably a true leader that translates vision into reality…where his leadership is defined by results and not attributes.

For comments and suggestions, please email to: gemini0646@yahoo.com.

Saving documents is critical to your case

Triumphs and tragedies of 2017