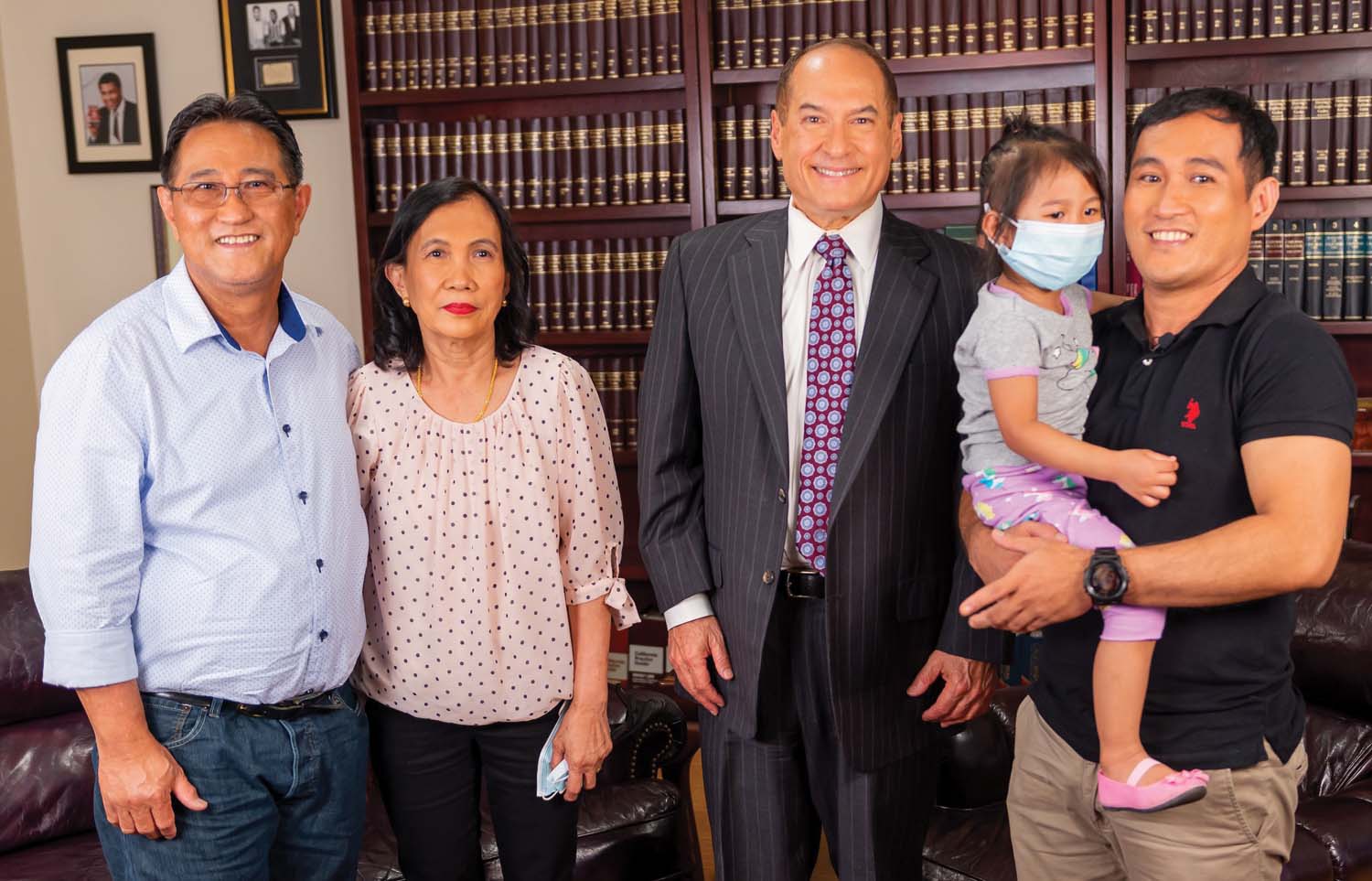 IT was 1996. Marjun (right) was 16 years old when his father, Marcelo Sr, (left) immigrated to the U.S. with Marjun’s three other siblings. Marjun’s name was missing from the list of his father’s accompanying family members. His father did not know what to do at that time, so Marjun was left behind in the Philippines.

In 2007, Marjun was then petitioned by his mother, (2nd from left) as a single adult child. It took several years before the petition finally became current.

Meanwhile, Marjun worked as a nurse in Libya, helping war victims. One Christmas eve, he found himself alone in the desert, missing his family and he wished that they could have a photo where all members of the family are complete. From then on, that became Marjun’s yearly Christmas wish.

Many years passed. Despite several challenges, including an “administrative review,” Attorney Gurfinkel (3rd from left) was able to reunite Marjun with his family.

The Abad family was finally able to take their very first complete family picture outside the LAX Airport when Marjun landed with his daughter in August 2021. Finally, in December, he will spend his first Christmas with his family in the U.S.

Watch this success story on a brand-new episode of “Citizen Pinoy” this Sunday, September 19 on its new time at 6:30 PM PT (9:30 PM ET thru select Cable/Satellite providers), right after TV Patrol. Citizen Pinoy is also available on iWantTFC. Viewers may download the app for free.