“PRECONCEIVED intent” typically involves a person who enters the U.S. on a visitor’s visa and immediately begins working or takes steps to permanently reside in the U.S., by marrying a U.S. citizen, etc.  The government’s reasoning is that when the person applied for their visitor’s visa or entered the U.S., they represented to the consul (or the immigration officer at the airport) that they had absolutely no intention to remain in the U.S., and their sole purpose was to visit and then depart.  Because they remained in the U.S., it meant that they lied to the consul or immigration officer, by concealing their intentions to work and/or remain indefinitely in the U.S.

At the present time, the U.S. Embassy in Manila seems focused on preconceived intent and charging people with fraud, especially when the spouse of a U.S. citizen returns to the Philippines for immigrant visa processing, based on an approved provisional waiver.  They charge people with fraud by retroactively applying a new 90-day rule to conduct that may have occurred decades ago.  If a person entered the U.S. in 1999 and began working within 90 days, the Embassy may charge them with fraud in 2019.

However, there are several things wrong with this approach:

• USCIS Operating Instructions (OI) as well as several precedent decisions from the Board of Immigration Appeals (BIA) state that notwithstanding the fact that a person entered the U.S. as a non-immigrant with preconceived intent to remain, it should not be considered fraud if they are the spouse of a U.S. citizen.  Therefore, why is the U.S. Embassy charging spouses of U.S. citizens with fraud based on preconceived intent when U.S. law and cases state otherwise?

• The USCIS repudiates (refuses to accept or be associated with) the State Department’s (DOS) new 90-day rule.  In its Policy Manual on adjudicating inadmissibilities, the USCIS expressly states that the 90-day rule is not a “rule” in the sense of being a binding principle or decision, and “This DOS 90-day rule is not binding on USCIS.”  Therefore, the Embassy is charging people with fraud for violating the DOS’s 90-day rule, and having them apply for fraud waivers to the USCIS, which does not even follow the 90-day rule.

• The Embassy is supposed to give people the opportunity to present evidence and documents to prove their innocence, before charging them with fraud: “You must give the alien the opportunity to rebut the presumption of willful misrepresentation by presentation of evidence to overcome it.”  What typically happens is during the interview, the person is told their case is being put under “administrative processing.”  The next thing is they receive a notice that they have been charged with fraud and have to file a fraud waiver, without giving in a meaningful opportunity to present evidence of their innocence.

• The U.S. Supreme Court, as well as established U.S. jurisprudence, declare it is unfair to impose new punishment on past conduct, which is exactly what the U.S. Embassy is doing.  They apply this new 90-day rule to conduct that may have occurred decades ago.

If you are the spouse of a U.S. citizen and charged with fraud because of preconceived intent, you should seek the advice of an attorney who can evaluate your situation, and see if this charge was unfairly and improperly imposed, and fight to clear your name.

Michael J. Gurfinkel has been an attorney for over 35 years and is licensed, and an active member of the State Bars of California and New York. All immigration services are provided by, or under the supervision of, an active member of the State Bar of California. Each case is different and results may depend on the facts of the particular case. The information and opinions contained herein (including testimonials, “Success Stories”, endorsements and re-enactments) are of a general nature, and are not intended to apply to any particular case, and do not constitute a prediction, warranty, guarantee or legal advice regarding the outcome of your legal matter. No attorney-client relationship is, or shall be, established with any reader.

Call Toll free to schedule a consultation for anywhere in the US:

Four offices to serve you: 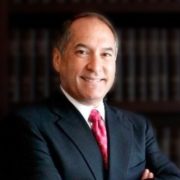 Artemio “Temi” Tecson: Living life enjoyably in pursuit of his passion for singing

Catriona Gray’s Miss Universe reign off to a great start