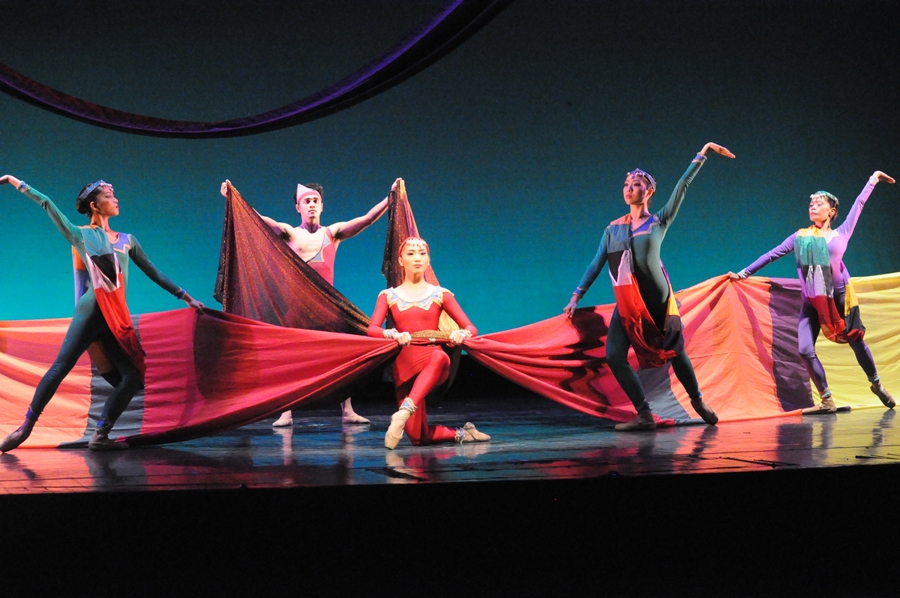 THE Philippine Ballet Theatre (PBT) will make its Los Angeles debut on Saturday, June 15 with “Filipino Masterpieces” and “Serye at Sayaw.”

“Serye at Sayaw” provides interesting vignettes behind the scenes into the world of dance and the life of Marguerite, a dancer. It chronicles the intimate and triumphant story of a girl who gave up her childhood in pursuit of the prestigious title of prima ballerina, and who only much later discovered the price she has to heed the call of her passion, the loves of her life, and her art. 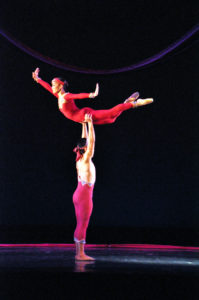 The PBT was founded in 1986 during the aftermath of the EDSA Revolution. The company was formed as a response to the clamor to support ballet artists and their respective companies that felt left out by the Cultural Center of the Philippines (CCP) during the Marcos regime. The CCP Dance Company was the sole company that received support during the Marcos era.

In 1986, during the first Aquino administration, after the political tempest of the EDSA Revolution, a meeting with the CCP’s new administrator, Ma. Teresa “Bing” Roxas and Nicanor Tiongson was held at the Silangan Hall. all of the nation’s leading dance artists were invited. The CCP agreed to give minimal funding and a seasonal home to the fledgling group at the Tanghalang Nicanor Abelardo.

Totoy de Oteyza and Inday Mañosa’s Hariraya Ballet Company; Eddie Elejar and Tony Fabella’s Manila Metropolis Ballet; Tita Radaic, Eddie Elejar, and Julie Borromeo’s Dance Theater Philippines; Eric Cruz and Vella Damian’s Dance Concert Company were some of the active dance companies that assimilated and formed the PBT. These four companies were named the “Festival Four”, and their artistry and soul were the elements that created PBT. Sony Lopez Gonzales and Leonor Orosa Goquinco integrated with the Festival Four, and with all of them combined, PBT was born.

The company’s first studio was at the Classic Ballet Academy of Inday Gaston-Mañosa in Makati; in 1989, the group was invited by the Lopez Group to move to Meralco Theater in Pasig. After PBT was formed, Mita Bantug Rufino and Gloria Angara subsequently joined the organization as well. Throughout the years, PBT’s goals evolved into striving for the preservation and the showcasing of classical full-length ballets, the commissioning of Filipino heritage masterpieces, and to bring to the forefront the extraordinary talent of Filipino artists not only as performers but also as choreographers. In this endeavor, PBT has supported talented youth with training through scholarships from the support of many generous benefactors.

Alongside PBT’s board of directors is the Artistic Council composed of directors from affiliated schools and companies. The Council helps select the dancers that compose PBT’s roster of artists. Among its founding members was the late National Artist Leonor Orosa Goquinqo. Throughout the years, PBT’s esteemed Artistic Directors included Inday Gaston-Mañosa, Julie Borromeo, Eddie Elejar, Gener Caringal, and Ronilo Jaynario. Notable ballet and rehearsal masters include Vella Damian, Sonia Domingo, Nida Onglengco-Pangan, Wu Zhen Rong, Rinat Gisatulin, Nicolas Pacaña, Sofia Radaic, and currently, Anatoly Panasyukov who has served the longest and has helped restage many ballet classics for the company.

Throughout its three decades of existence, has created some of the finest dancers, choreographers, and artists in the country. Like a mother, proud of her progeny, the company has influenced many of the prominent companies and artists in the industry today. Like a big oak tree with deep roots and sprawling branches, the PBT, with its affiliate schools, has sent their performing artists far and wide into the industry. The Quezon City Performing Arts Development Foundation, University of the East, University of the Philippines, and others have in turn lent their dancers to PBT.

The PBT’s triumph over daunting obstacles and hardships is a celebration of the resolute spirit of the company that continues the revolutionary fighting spirit of its founders.

Bold, brave, and beautiful — the company and all the people behind it continue to dream, fight, and strive to see their dreams come to reality.

Philippine Ballet Theatre’s Los Angeles debut is presented by One Global Management Company, Inc., in cooperation with Asian Journal, Balikbayan Magazine, Pageantry Global, and Asian Commodities Company. It will be held on Saturday, June 15 at 5:00 p.m. at the Church of Scientology of the Valley (11455 Burbank Blvd., North Hollywood CA 91601). Ticket prices are $75 / $50 / $25.