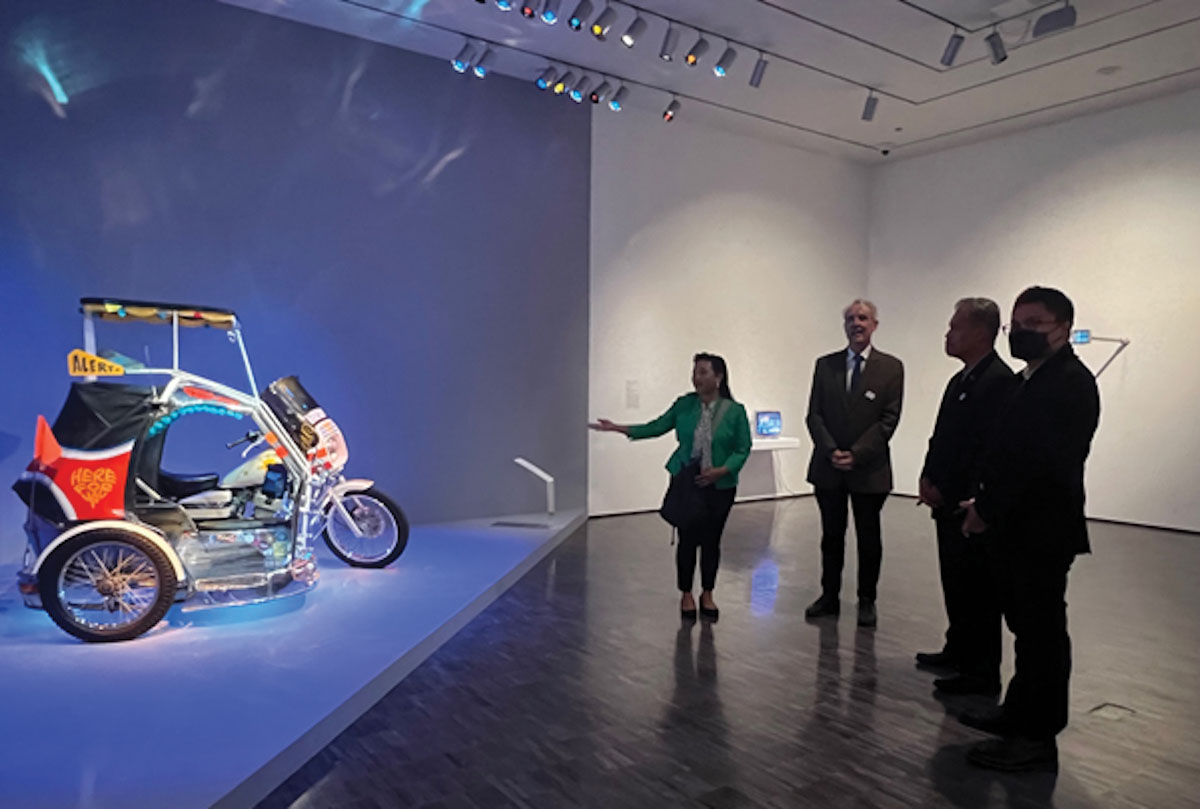 “It is an honor to see for myself and learn more about Carlos Villa’s impressive body of work as a groundbreaking artist in the San Francisco and the Filipino American art scenes. I encourage everyone to visit the exhibitions at the Asian Art Museum and the War Memorial Building,” said Consul General Ferrer, who was accompanied by Consul Vanessa Bago-Llona, Vice Consul Adrian Baccay, and Cultural Officer Kristine Quiboloy.

Dubbed as the first major museum retrospective in the United States dedicated to the work of a Filipino American artist, the Asian Art Museum’s “Carlos Villa: Worlds in Collision” exhibition showcases Villa’s visually magical worlds of feathers and photographs, capes and masks, and bones and tattoos, as he attempts to recreate Filipino art and construct Filipino American art history. The exhibition is on view through October 24, 2022.

Meanwhile, the SFAC Main Gallery’s “Carlos Villa: Roots and Reinvention” exhibition features Villa’s later work that delves into the history of Filipinos in the U.S., what it means to be a part of a Filipino diaspora, and his own family archives. The exhibition is open to the public until September 3, 2022.

Born and raised in San Francisco, Villa has been called the most important Filipino American artist of the 20th century. San Francisco’s late 1960s Third World Liberation consciousness, which espoused solidarity building between cultures, influenced Villa’s approach to art making. He was a longtime professor at the San Francisco Art Institute, where he served until his passing in 2013.