THE room was beaming with indescribable frenzy as though awaiting the arrival of royalty.  The audience crossed all barriers — age, color and interest.  Already, a sign that whoever was about to appear had managed to attract a diverse crowd because of some significant accomplishment or discovery.

Finally, the event’s moderator at Skylight Bookstore in Los Feliz announces the name everyone’s been waiting for:  “Ladies and gentlemen, the author of Trick Mirror, one of the greatest essayists in this era, Jia Tolentino.”

There was applause from everyone who has obviously been captivated by her book, or at least heard about it from a friend or read some credible review from their favorite critic.

It is unusual that the author becomes as beloved as the book but in this case, Jia is her book. Filled with memorable quotes and “Jia-isms,” the chapters are both moving though inconclusive, an opinion validated by the author herself whose self-deprecating demeanor is quite refreshing, but at the same time, endearing.

“People are smart. It’s a sign of respect not to offer a solution. I am not authorized to provide the answers. My job is to make you aware of some issue enough for you to think about it and eventually maybe organize yourselves to come up with some idea or the beginning of something.

The clarity I took away from this especially the day after elections is that I will never be that certain again —and I should never be.  That it is no longer appropriate to feel that your sense of morality applies to understanding what’s going to happen in the future. There is no permanent solution, only a collective one, like through policies,” she said.

A writer who shies away from pontificating ironically was raised for 12 years in a mega church in Texas.

“…I didn’t meet anyone who was pro-choice or anti-war until I went to college.  The school was like this Bush-era, Texan Christianity and the most hegemonic,” Jia said and continued, “I learned early on that you don’t have to have to feel like the situation is about you, or addressed to you or made for you in any way to be able to enjoy it just by learning about it”. It is perhaps this attitude that has made her feel very comfortable in any given situation.  [I} am maybe uncomfortable like once a year.”

It’s almost as though she lives her life but is not immersed in it.  While living it, Jia can simultaneously step out of her life and almost be a spectator of the same.  Because she is able to extract herself from it as it happens, she remains objective.

That perhaps is where that clarity comes from for this accomplished writer.

Admittedly, Jia adds that her motivation to write the book stemmed from a seeming sense of both dread and uselessness.  Fear and humility are the least accurate adjectives to use in describing this young writer who comes across as confident and never at a loss for just the right language, a literary gift only shared by a few. 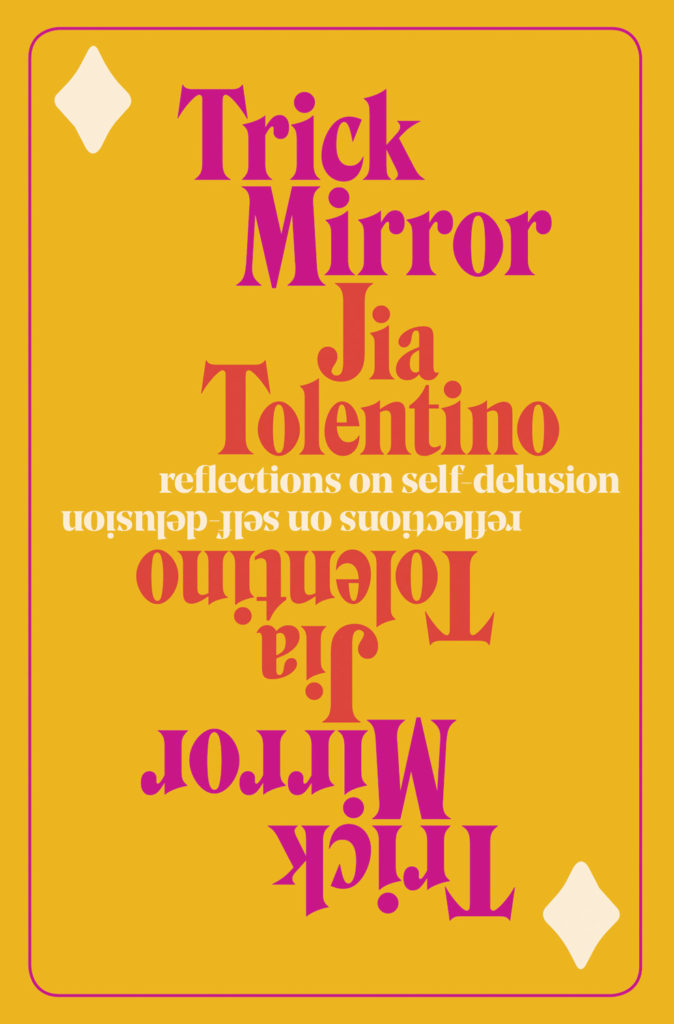 “I think I chose to become a writer because it gives me an excuse to re-read some classic favorites like Little House on the Prairie and the Leo Tolstoy classic Anna Karenina, “ she shared.

Asked about her final selection of nine topics, Jia explained the process in simplistic terms.

“I had like 20 clip boards in my mind and every story considered would be classified and filed into one of those clip boards until there were nine.”

Having have listened to the audio book (yes, I still have yet to read the actual book in its entirety), I have decided that my favorite essay would be that on the internet, how it began to be this generative tool full of surprises and usefulness until it no longer is.  Perhaps it’s because I have always been intimidated with technology and my weakness lies in the effective use of social media.  This chapter almost brought me an overwhelming sense of relief knowing I may not have to worry about it too much longer, that sometime soon a new system will reappear and that social media will be a thing of the past.

Oh well, at least Jia will be happy to know I got from her book what I needed to get right at this moment.

Give the gift of knowledge with these books by Filipino authors