Minyong Ordoñez, a Filipino anthropologist, wrote that the Filipino culture defines Filipino identity as [something] that “manifests goodness and virtues, creativity, and accomplishments in symmetry with the people’s material and spiritual faculties,” as quoted by Fr. Aris Martin in his Santo Niño Christology dissertation chapter, which I got to read at his request, shortly after I interviewed two Fil-Am business owners.

A customer posted on Facebook about the ensaymadas: “These were delicious. They were lighter, fluffier, and more perfectly petite than I grew up with, and the taste elicits a full body-sense memory! They really are a memory! Enough to make you miss your lola (grandmother) or hug her tight if she is still around! Really yummy. Sarap. Sarap (delicious).“

Mike Zuñiga and Don Sagarbarria are full-time professionals — Mike is in real estate management while Don is in information technology. Both are gainfully employed and still are. During the holidays, they are active members of church choirs and their singing group, Los Angeles Vocal Artists, and formerly Harana Men’s Chorus. Mike was looking for a way to give home-baked gifts to friends and fellow musicians, as Don was. They decided to test an ensaymada recipe from Mary Ann Demandante Sagarbarria and use the proofer and molds she left behind, when she ran the House of Silvanas in Los Angeles.

Mike piloted the ensaymada recipes and gave boxes to friends, who raved about the lightness of the texture, critiqued the sweetness level, while the topping was delicately balanced in butter and cheese flavors. It was unlike other ensaymadas that they have tasted that were heavy in texture, and did not deliver the flavors that their palates were looking for, a memory perhaps of what they had back home in the Philippines.

Customers likened M & L’s ensaymadas to Mary Grace’s — a famous bakeshop/cafe in the Philippines — made with 100% real butter, eggs and topped with grated Edam cheese, under $20 for half a dozen.

Comparatively, the ensaymadas are sold for $24/dozen in LA, Orange County, San Bernardino, Koreatown, SFV and have reached trunk sales in San Diego and Las Vegas.

Margarita Reyes, a distributor, quickly increased her sales to a peak of 70 dozens a week, in Orange County, using social media and word of mouth referrals.

Ana Burog opened up new areas of distribution in San Diego, Las Vegas, and San Bernardino. She pushes to bring the products to as many customers who pre-order, eager to serve them. She is rewarded with favorable texts like: “finishing three before even getting home. This is so so good.” Burog posted on Facebook, the highest she sold that week: 100 dozens.

In mid-March 2020, commercial businesses had shut down, except essential services banks, clinics, supermarkets, newspapers, pharmacies, and hospitals. Though restaurants had phased in openings, food was picked up on the curbside or delivered. By Nov. 21, 2020, businesses were ordered to close from 10 p.m. to 5 a.m. for a month to stop the third wave of surges.

UCLA’s Center for Neighborhood Knowledge (CNK) reported on Oct. 30, 2020, “Covid-19 Impacts on Minority Businesses and Systemic Inequality, ” that steep declines occurred in ethnic neighborhoods’ businesses located in Chinatown, Boyle Heights, Leimert Park, as well as comparison neighborhoods of Larchmont Blvd., Venice, and Sherman Oaks that they researched. CNK surmised that lack of capital access, assistance, the decline in foot traffic, and loss of tourists led to these grim conditions, as the shutdown orders.

They grew during this challenging period. These businesses had sustained support from the Fil-Am community and grew largely in part from the high quality of their products, responsive customer service, and perhaps, stress and indulgent eating during this pandemic.

For those familiar with baking, leavening agents such as baking soda, baking powder and yeast are used to make the bread rise, a foaming action that traps air bubbles, giving the final ensaymada (butter cheese brioche) its nice, airy, fluffy, light texture. It is a process called “proofing.”

“Everybody is helping,” Sagarbarria, M & L’s CFO said in an interview: “During Mother’s Day and Nurses’ Week, we had an explosive growth of 100 dozens in a day.”

It went from a passion project of “simply wanting to preserve and promote the product that speaks so much of our Filipino culture and tradition, a moral obligation of sorts,” Zuñiga, COO wrote, to become a serious viable business. The growth compelled them to rent a commercial kitchen, and even with the new equipment, which already increased production capacity by tenfold, the production was still a week behind in satisfying demand.

The raves are heartfelt, as families would send boxes to their relatives in Northern California, Illinois, North Carolina, Boston, Mississippi, Georgia, Alabama, Texas, New Mexico and Maryland, opting to pay for next-day air shipment, just so they can share their enjoyment.

As with any good business, much like cream rising from its milk base, it is marked by elements of three P’s: people’s caring practices, product quality, and a process that is managed well through its details.

This personal observation, gained from regulating thousands of food manufacturers as a former public health regulatory professional of nearly 3 decades, matches the stated principles of Marcus Lemonis who is the star of “The Profit” on CNBC, CEO of Camping World, Good Sam, and two more businesses, and has a net worth of $2 billion. Of the three “P”s, Lemonis said that the “people are the most important.” Without good people, good processes and good products only do so much,” he emphasized.

The product and process: 64 dozens trashed as below quality standards

How did it start in the first place?

Sagarbarria’s mother, Mary Ann Demandante Sagarbarria, and Kay Sagarbarria had left the molds and proofer from when they operated House of Silvanas in Los Angeles.

Zuñiga started to experiment with the recipe, just “wanting to share a family recipe that has been preserved by both tradition and love.”

He experimented with different types of flour, given their varying protein content and finding the right sources for the cheese and butter for the topping.

Then, the production molds became an issue; they barely had enough to meet the customers’ orders. They had to find a local source that would make the molds of them in the thousands.

The ensaymadas are baked fresh daily, six days a week by a dedicated crew of musicians, headed by Zuñiga, whose shift starts at 3:30 a.m. and ends at 5 p.m. His only day off is Monday yet, he still works at another job, an eight-hour shift.

The production crew consists of musicians/friends, who had lost their full-time jobs during this pandemic. His mom, Carmencita Zuniga, though retired, has become active in helping with the production, and providing home-cooked meals to the crew.

In transitioning to the new commercial kitchen, 64 dozens were trashed, as the brioche was too dry and the convection oven temperature and times had to be adjusted. They simply did not meet the high-quality standards set by the owners.

“Everyone is helping,” with love and respect, Zuñiga noted of the production, which includes Xave Avendaño, a junior at St. Genevieve High School.

I asked him how long he works, and he responded: “I work as long as Tito Mike needs me.”

Xave clocks in at the last two hours of the production day, works with a smile, and looks forward to what to give his family for the holidays.

Like family, the production crew is treated well, including their distributors who are paid their commissions. Though others have offered to open up new markets to sell to grocery stores, the co-owners have paused, as they put a premium on the quality of their products, which are freshly baked and best consumed right away.

#TrustOverGains #PeopleOverProfits are the guiding principles of this small business. They also value the trust they have built with existing distributors, benefiting them first, before developing relationships with new ones.

Sagarbarria delivers to customers in the San Fernando Valley area, after working an eight-hour day in information technology. He is in charge of finding suppliers and applies for the necessary business and health permits.

Repeat customers include nurses, who are frontliners in caring for patients. Though registered nurses make up 4% nationally in the USA, 3 out of 10 who have died from the coronavirus reportedly are Filipinos. This is a grim statistic for our Fil-Am community and their survivors.

Yet their zest for life, the enjoyment of simple pleasures goes on, much like a brioche that makes them recall a memory of a loved one that cannot be thumped down, as they continue to order by the dozens.

M & L was founded initially to introduce a product familiar to the Filipino palate.

“This is the closest to the ones I’ve tasted in Mallorca, Spain. Thanks, Don of Max and Lucy’s, I now taste memories from my childhood. My mother in Heaven would be shaking her head and laughing at my little luxury,” wrote Lu Sobredo, who is finishing her novel during this pandemic.

One might ask: How does this new business contribute to the larger entrepreneurial community? This new business is collaborating with Filipino-owned entrepreneurs, who are quite willing to share the lessons that they have learned, including where to find key suppliers for raw materials for their ensaymadas. This passion project has now become a livelihood source for distributors while also increasing the business from the suppliers of the raw materials they are using. Vicariously too, some of the distributors share their commissions with their employees in the Philippines who were affected by the stoppage of commercial activity since March.

“How does a memory taste? Welcome back to the sweet taste of home. Our classic ensaymada is a lavish mix of butter, sugar, and cheese — a contrasting yet blended surprise of salty-sweet flavors. Soft and light brioche buns — a home-baked cloud of goodness with every bite,” M & L’s teaser page on Facebook accurately described its quality product and why it is “proofing” its business and love-leavened by the owners, the crew, the distributors, and the customers.

You know it is so good when one’s priest/friends take the time to say thank you, make a polite request to taste them again, and describe them as heavenly bites of goodness.

It is simply a complete ecosystem of goodness, virtues, and creativity — all features of the Filipino culture, synergistically derived from the founders, owners, production crew members, distributors, and customers.

This feature is the first of a two-part series, with the next about Kuya Lord’s Pop-Up.

Prosy Abarquez-Delacruz, J.D. writes a weekly column for Asian Journal, called “Rhizomes.” She has been writing for AJ Press for 12 years. She also contributes to Balikbayan Magazine. Her training and experiences are in science, food technology, law and community volunteerism for 4 decades. She holds a B.S. degree from the University of the Philippines, a law degree from Whittier College School of Law in California and a certificate on 21st Century Leadership from Harvard’s Kennedy School of Government. She has been a participant in NVM Writing Workshops taught by Prof. Peter Bacho for 4 years and Prof. Russell Leong. She has travelled to France, Holland, Belgium, Spain, Portugal, Japan, Costa Rica, Mexico and over 22 national parks in the U.S., in her pursuit of love for nature and the arts. 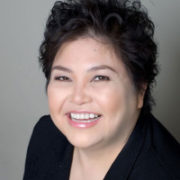