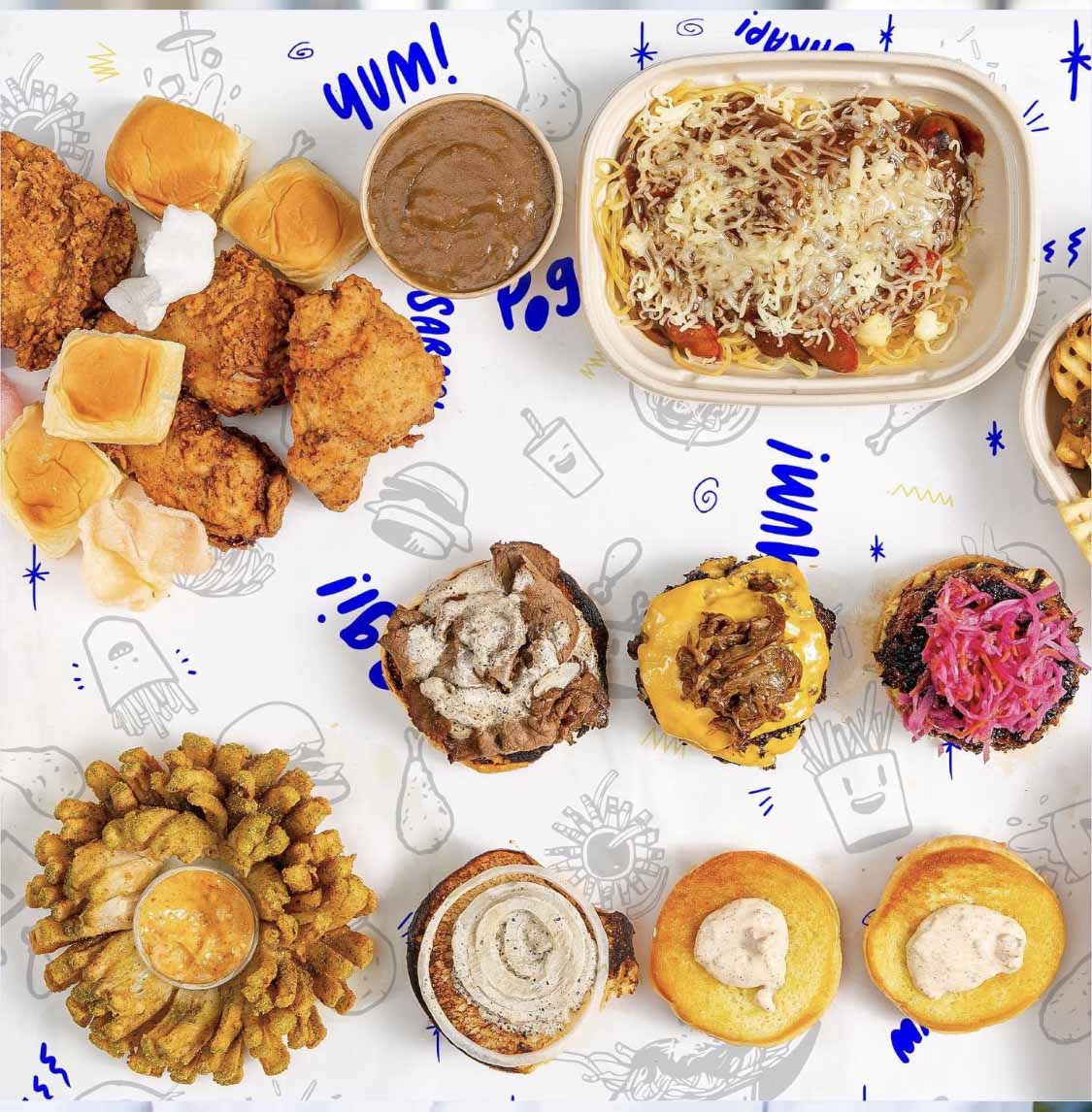 The chefs were inspired by their favorite fast food eats including Filipino spaghetti and fried chicken. | Contributed photo 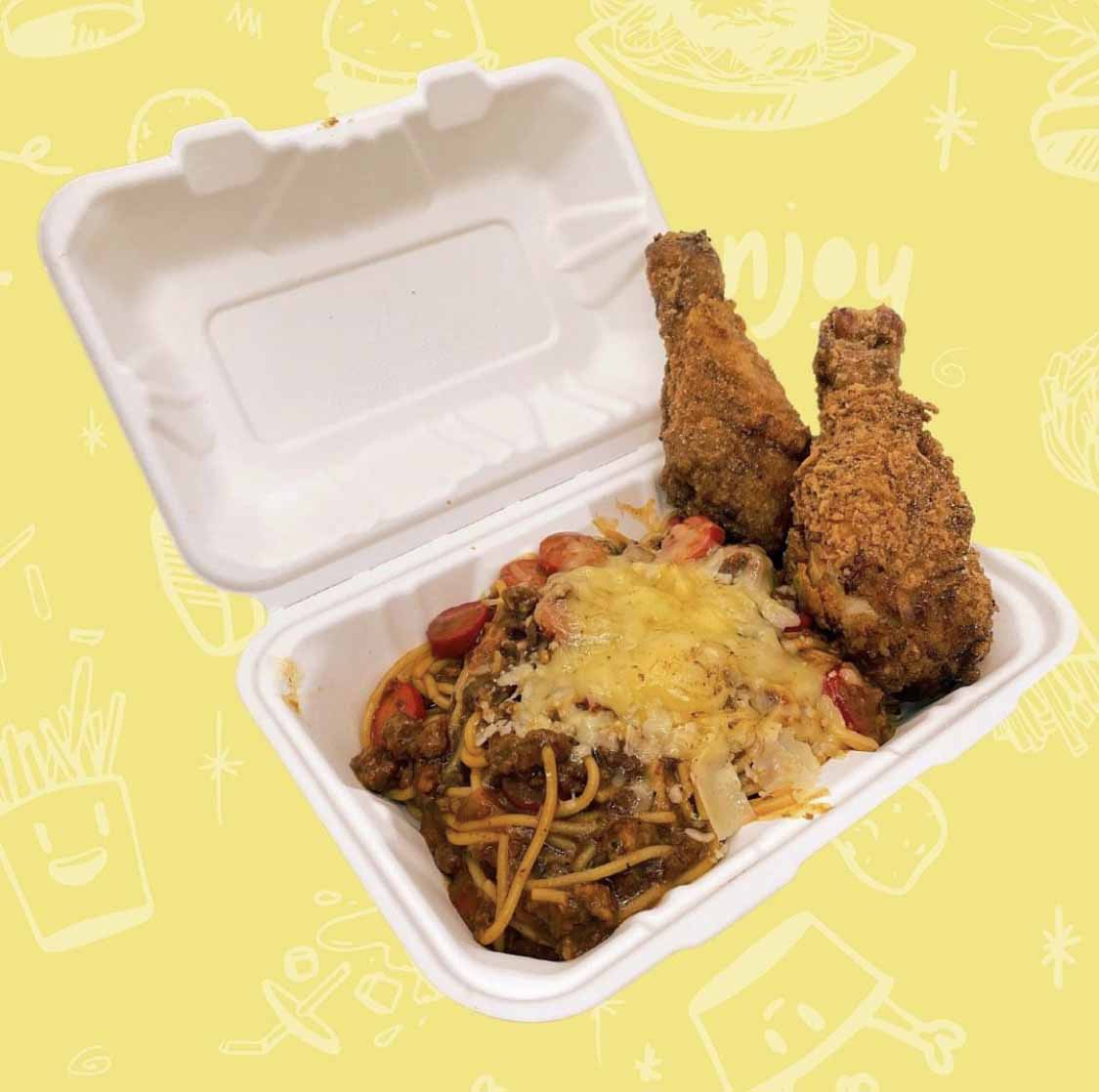 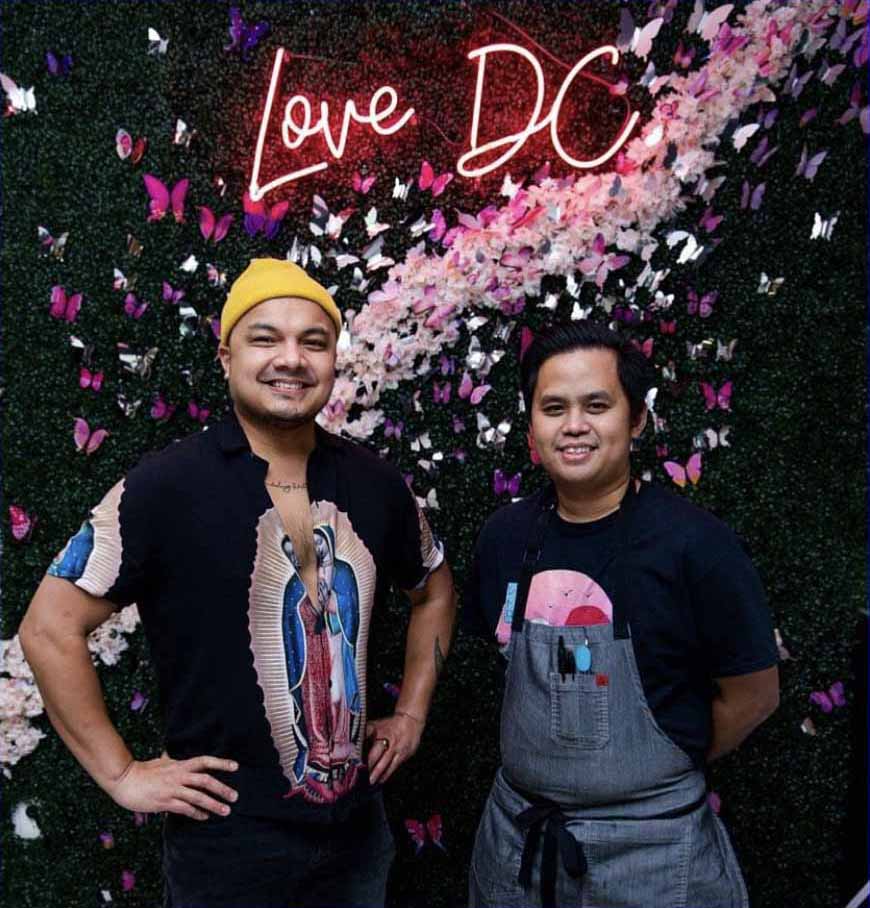 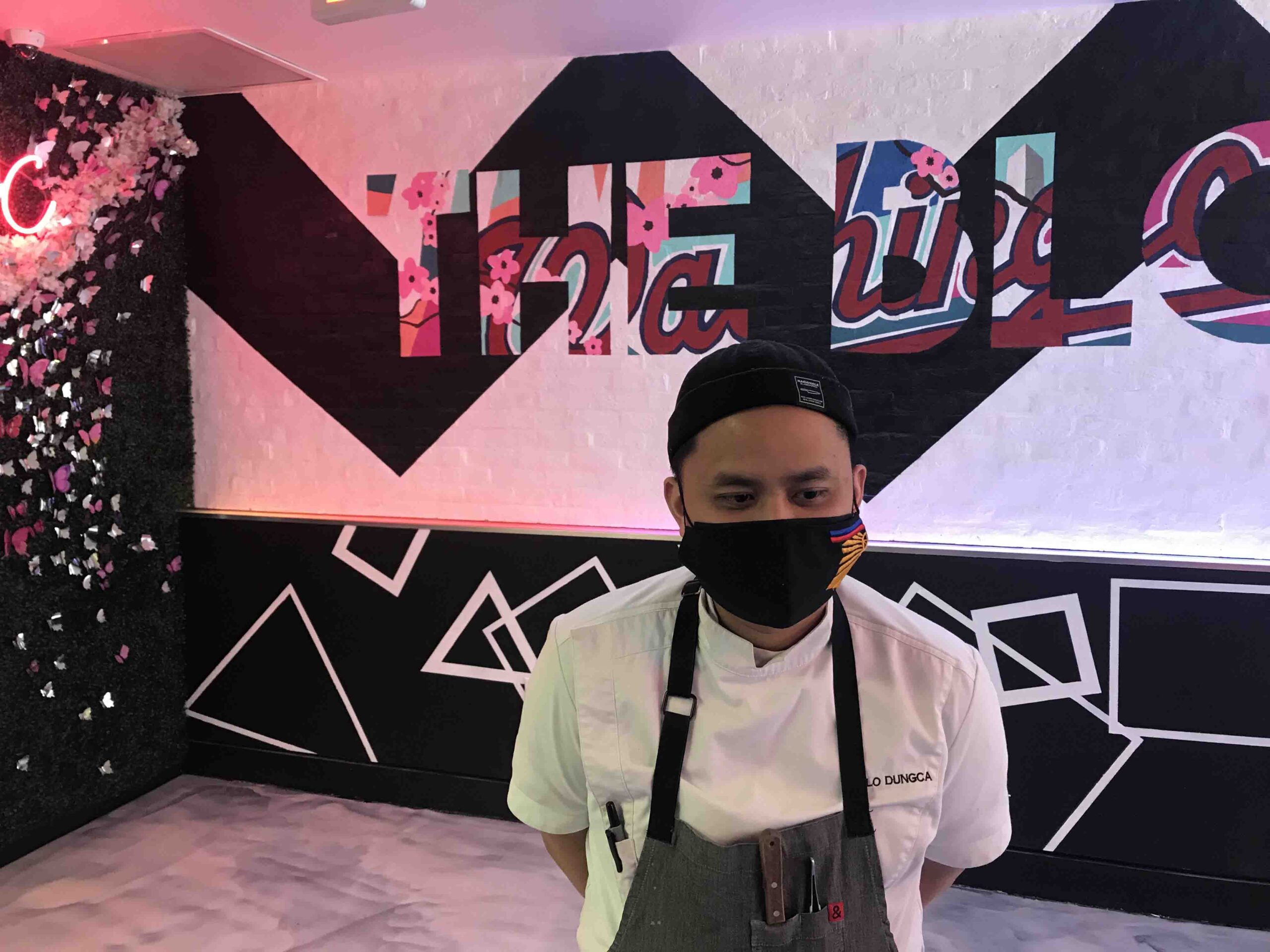 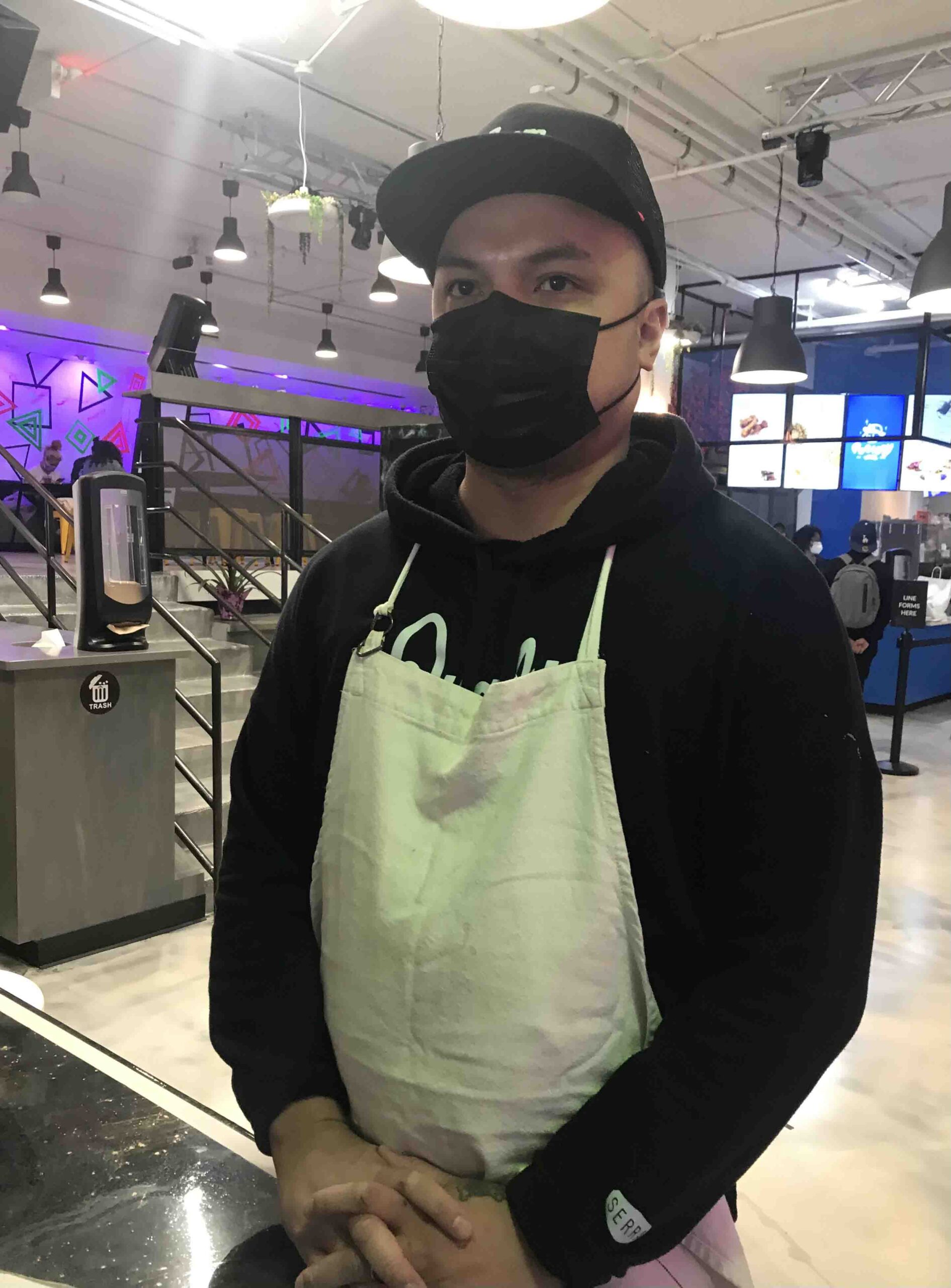 Pogiboy, the newest Filipino hotspot in the nation’s capital and the reunion project of two trailblazing Filipino American chefs, was born as an homage to the fast-food chains they enjoyed as kids.

The men behind the concept are James Beard awardee Tom Cunanan, who made waves in the DC hospitality industry as one of the founders of Bad Saint, and former Kaliwa chef Paolo Dungca. It’s a reunion of sorts since Dungca worked as sous chef at Bad Saint back in 2015.

“We’ve always wanted to open a Filipino fast-casual and we finally made it happen,” Cunanan told the Asian Journal. “We’re just so proud of ourselves for representing our flag and we’re just so happy to cook Filipino food again.”

The pandemic upended many businesses across the board and among the most affected was the food and beverage industry. For some chefs like Tom and Paolo, it was the perfect time to pivot.

They believe that the fast-casual concept during this pandemic is a great idea. The duo opened their spot at The Block food hall, a place where customers now have a choice to eat in, get takeout (or pickup) or even order for delivery.

“We wanted people to experience something more comfortable, something easy and simple to grab and go,” Cunanan said. “And what better way to do it than Filipino spaghetti, tocino burger and Filipino fried chicken.”

It was Paolo who thought of their name, and just like classic Filipino food, it evoked nostalgia.

Like most boys growing up in a Filipino family, Tom and Paolo were fondly called “pogi” by their parents, Titos and Titas and other relatives.

They believed it would be a fun name to call their project.

For the menu, it was a major collaboration between the two, who are both big fans of junk food. (“I mean who isn’t,” Tom quipped.)

Filipino spaghetti was a given since it is a dish they equate with celebration. Burger made with longganisa and tocino flavors was a nod to Jollibee and McDonald’s burgers they grew up eating. They also have their classic Pogi Fried ChiQen, with a hint of sinigang flavor.

Cunanan was inspired by his mom’s spaghetti recipe so he decided to recreate it. Like many Filipino moms, Cunanan’s mother wasn’t the recipe type.

“She just throws everything in the pot, and she just remembers how to make it the same way every time. It’s like no recipe recipes, you know,” he said laughing. “I think that should be a new name for my cookbook someday: No Recipe Recipes.”

That, in essence, was the duo’s thought process: they dug deep and thought about “the good old times, like when you were with your family as a kid, and eating delicious fast food with your brothers and sisters.” It’s a bonus that both chefs come from the same province in the Philippines: Pampanga, often described as the country’s culinary capital.

Then there’s the Blooming Sam-“Pogi”-ta, which is their version of blooming onion inspired by Outback Steakhouse and named to sound like sampaguita, the national flower of the Philippines. Their own Filipino twist to the dish? They decided to serve it with aligue (crab fat) and chili mayo.

Cunanan lovingly calls aligue his “trump card” due to this ingredient’s versatility.

“You can do a lot of things with it, we made pasta in the past. We did crab aligue and chicken liver with our sisig at one point. We also had softshell crabs with aligue sauce,” he shared.

The Department of Tourism invited Cunanan and a couple of chefs a few years ago to visit the Philippines. There, he saw chef Claude Tayag’s use of the aligue and it inspired him to do something similar in DC. Because of their proximity to Maryland, they use the Chesapeake blue crabs crab fat at Pogiboy. “It’s as good as the stuff from the Philippines,” Cunanan shared.

For dessert, they offer “Guapo Pie,” which in itself, has a great backstory.

On that same trip to the Philippines, one of the stops was Bacolod and they went to a bakery where the owner’s son showed them how they made their signature guapple pie.

“And the whole time I thought he was saying guapo and that stuck in my head,” he shared laughing. “So when I got back to D.C. I was so anxious to make this recipe and we finally did, it was just as good as the one we had in the Philippines.”

Tom told everyone that it’s called Guapo Pie and then after doing more research, he found out that it was actually called guapple pie.

“So I was like, it’s embarrassing. But then you know it makes sense now: Pogiboy, you know handsome, guapo, so we kept the name,” he added. “Yeah, this is this is what happens when a Fil-Am visits the Philippines, you tend to hear things.”

Dungca wants to make sure that they are doing it the right way because they want to represent Filipino food the best way possible, added with their own twists, of course.

“I’m proud of my heritage as a Filipino and the goal really is to make Filipino cuisine part of the mainstream,” he shared.

Cunanan agrees, and he hopes more Americans get to taste Filipino cuisine through Pogiboy.

“I don’t want to say I want every state to have one but I want people to experience that Filipino food is just as comfortable as eating American fast food,” he said.

Opening a business in the middle of a pandemic is downright challenging but both chefs believe that they are ready.

It’s all about safety first though, making sure that their staff and customers are safe.

They’re also firm believers that consistency is key, which means that they looked for people who shared the same principles.

“Consistency is the hardest thing about fast food because you know, we’re all human, we have recipes, but if you’re not giving me the soul of a Filipino cook or Filipino chef, then it’s not gonna taste like Filipino,” Cunanan said.

As Pogiboy continues to face challenges brought about by limitations due to the pandemic, the chefs remain thankful that it has been a pretty steady ride since they opened.

“It’s priceless when they eat the food and they post on the internet and they say, ‘Oh my God, this is delicious!’ And to me, that’s what we work hard for and every day we just want to make people happy,” Cunanan said. “This is what we love to do, you know? And we want the Philippines to be proud of us, we want the Fil-Ams to be proud of us, that we’re doing something really good in our community.”

For now, they are keeping their fingers crossed that when offices and normal hours come back, they’ll start doing more catering and indoor dining.

“But you know it’s been great so far, we’ve been getting a lot of support from the Filipino community and a lot from the F&B industry here in DC. We have to thank everyone for just having our backs and supporting Pogiboy. We’ve worked so hard to make this place happen,” he said.