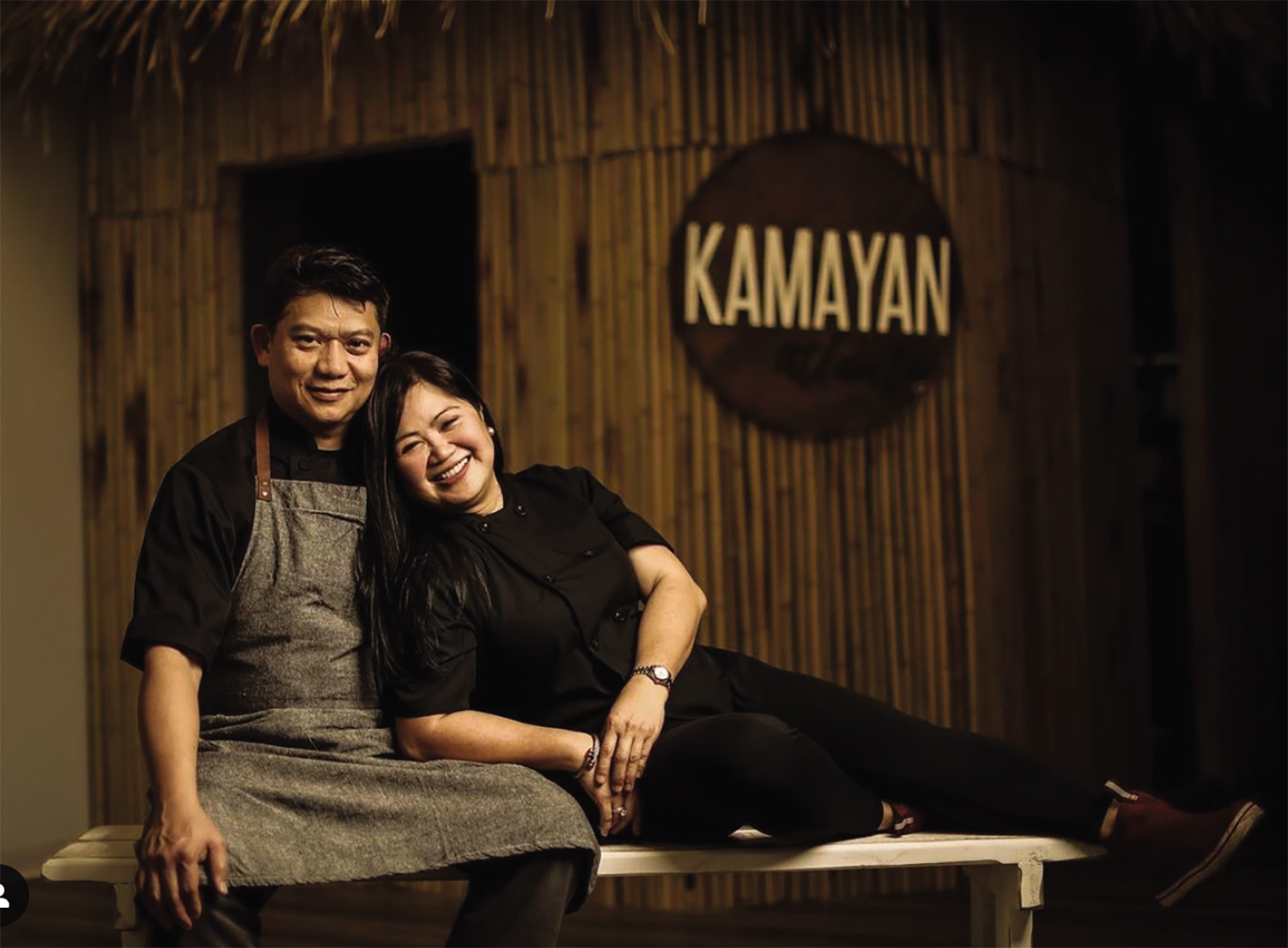 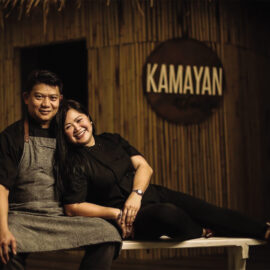 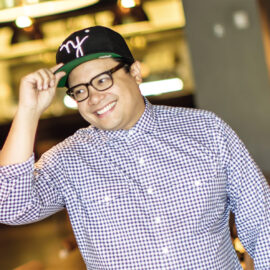 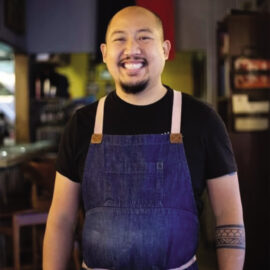 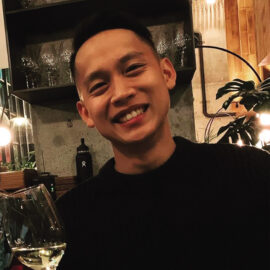 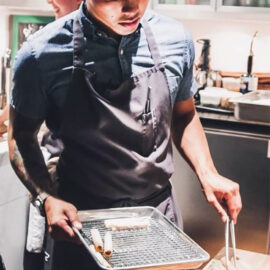 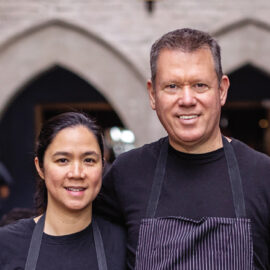 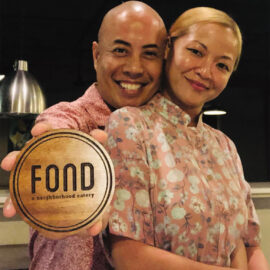 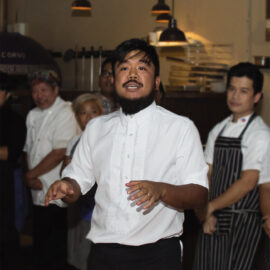 Jojo Vasquez with his wife | Photo from Instagram/@jojovasquez SIX chefs, two restaurateurs, one pastry chef, a bar that offers an outstanding bar program, and a couple of emerging chefs.

That is how Filipino Americans in the food and hospitality industry fared on Wednesday, Feb. 23 as the James Beard Foundation announced its 2022 Restaurant and Chef Awards semifinalists in advance of the returning James Beard Awards.

In the category of Emerging Chef, Mia Orino and Carlo Gan of Kamayan ATL (Atlanta) are in the running. This is open to chefs who display exceptional talent, character, and leadership ability, and who are likely to make a significant impact in years to come.

A couple of Filipino restaurants – ABACÁ, San Francisco; Kasama, Chicago – are in the running for Best New Restaurant, which honors a restaurant that opened in 2020 or 2021 that already demonstrates excellence in cuisine and hospitality and seems likely to make a significant impact in years to come.

“Honored and humbled by the nomination of #jbfa for best chef NY thank you to the team @goosefeather and my beautiful wife @agneschung for the support thank you being on this journey,” said Top Chef alum Talde.

His fellow Top Chef buddy Sheldon Simeon also expressed his thanks in an Instagram post. In 2019, his new restaurant then called Lineage was up for Best New Restaurant.

“Humbled to be in such great company. Overjoyed to see so much Hawaii talent getting their well deserved recognition,” Simeon said.

Jojo Vasquez of Fond posted, “Woke up to some congrats messages. So honored to be amongst some Uber talented chefs across the nation. Being noticed with our humble little neighborhood eatery for a semi-finalist for Best Chef: Northwest and Pacific.”

A first-time nominee, Genever, a Filipina-run cocktail gem in LA’s Historic Filipinotown games for its gin-based drinks, said “To say we’re honored, humbled, straight-up blown away is an understatement.”

“We’re so fortunate to still be here after an incredibly challenging two years that many of our fellow hospitality partners did not survive. We feel truly blessed for the support we’ve had from our suppliers, friends, families, and our amazing Genever team,” the IG post read. “It really does take a village.”

Francis Ang, chef and owner of Abaca expressed his gratitude to their supporters.

“I am blown away. From a small mom and pop pop-up to a @beardfoundation semifinalist,” he said. “How our family has grown. This was possible because of them–the constant hard work, sacrifice, and perseverance–this recognition is for you. I have learned to be a better leader because of them. I am proud of my #AbacáPamilya.”

Esquire Magazine named Abaca one of the best new restaurants in the United States in 2021, along with Kasama Chicago, helmed by the husband-and-wife team of Timothy Flores and Genie Kwon. The New York Times also named two Filipino restaurants — Kasama and Archipelago — in the publication’s The Restaurant List 2021, which honored the 50 most vibrant and delicious restaurants they were “most excited about right now.”

“Congrats to our team! Though we are thankful to be on this years @beardfoundation chef list, if it were not for your passion, dedication, hard work… your puns… we would not be where we are today. Y’all make Archipelago, our community, and culture great. We are beyond thankful for each and every one of you,” Verzosa posted on Archipelago’s Instagram page.

He also acknowledged “our pamilya, Kuya @twistedfilipino, ate @meltronica, kuya @chefwonder” and their teams for the honor.

“We know when it comes to our culture it takes a family to move these visions forward,” he said.

This year’s winners will be celebrated at the James Beard Restaurant and Chef Awards ceremony on June 13 at the Lyric Opera of Chicago.

The James Beard Awards, considered to be among the nation’s most prestigious honors, recognize exceptional talent in the culinary and food media industries, as well as a demonstrated commitment to racial and gender equity, community, sustainability, and a culture where all can thrive.

Founded more than 30 years ago, the James Beard Foundation “celebrates and supports the people behind America’s food culture, while pushing for new standards in the restaurant industry to create a future where all have the opportunity to thrive,” according to its announcement.

The 2022 James Beard Awards will be the first in two years, after a hiatus during which the Awards underwent a full audit of its policies and procedures, continuing the work to remove bias, increase transparency and accessibility, and making the program more aligned with the Foundation’s mission and values.