ALL hail the Tocino Burger!

Tom Cunanan and Paolo Dungca, the two chefs of PogiBoy who are behind this innovation of a classic burger, are still on a high as their burger landed on the cover of Food & Wine Magazine’s July 2022 issue.

Launched in last week’s annual Food and Wine Classic in Aspen, the Innovators Issue shines the spotlight on industry leaders “who are doing the most good to change the way we eat and highlighting people and companies who are making hospitality and packaged goods smarter, more sustainable, more inclusive, and more delicious for all.” 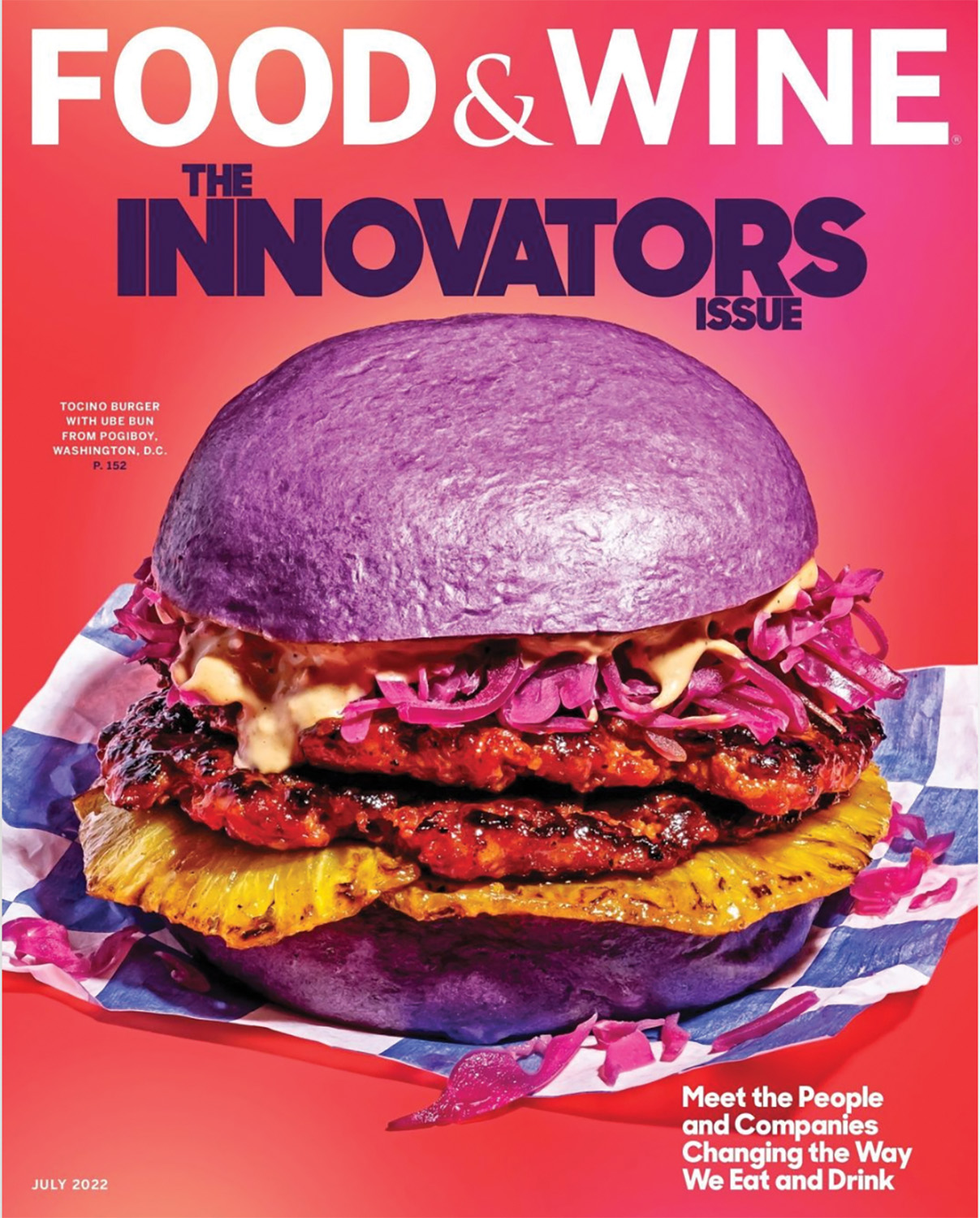 The chefs have just returned from Colorado and spent last weekend celebrating with friends and family in their DC headquarters at The Block.

“It feels like an out-of-body experience to be part of the Food and Wine family now. It’s an honor to be part of this big team of chefs that are the movers and shakers of our community and then being us Filipinos, our cuisine being part of that community,” Cunanan told the Asian Journal.

“We’re not just a moment right now, we’re a movement,” he added, a nod to the song ‘My Shot’ from the musical Hamilton.

Cunanan is happy to see Filipino food rise and to see other people be proud of their continued success is just a bonus.

“I’m really proud that this is all happening so quickly for us, you know, we’ve only been open for a year and a half and already we’re getting a lot of love from the community,” he said, recalling their young, scrappy, and hungry days.

For Chef Paolo Dungca, it was a dream come true.

“Aspen was a blast, to be honest, that was such a once-in-a-lifetime opportunity for us to be named on the cover,” he said. “We’ve never really seen Filipino food in a prestigious magazine like that.”

Food & Wine is an American magazine founded in 1978 and is known for introducing its readers to new dishes and ingredients. One of the nation’s premier culinary events, the annual Food and Wine Classic in Aspen gathers celebrity chefs, professional winemakers, and culinary experts. 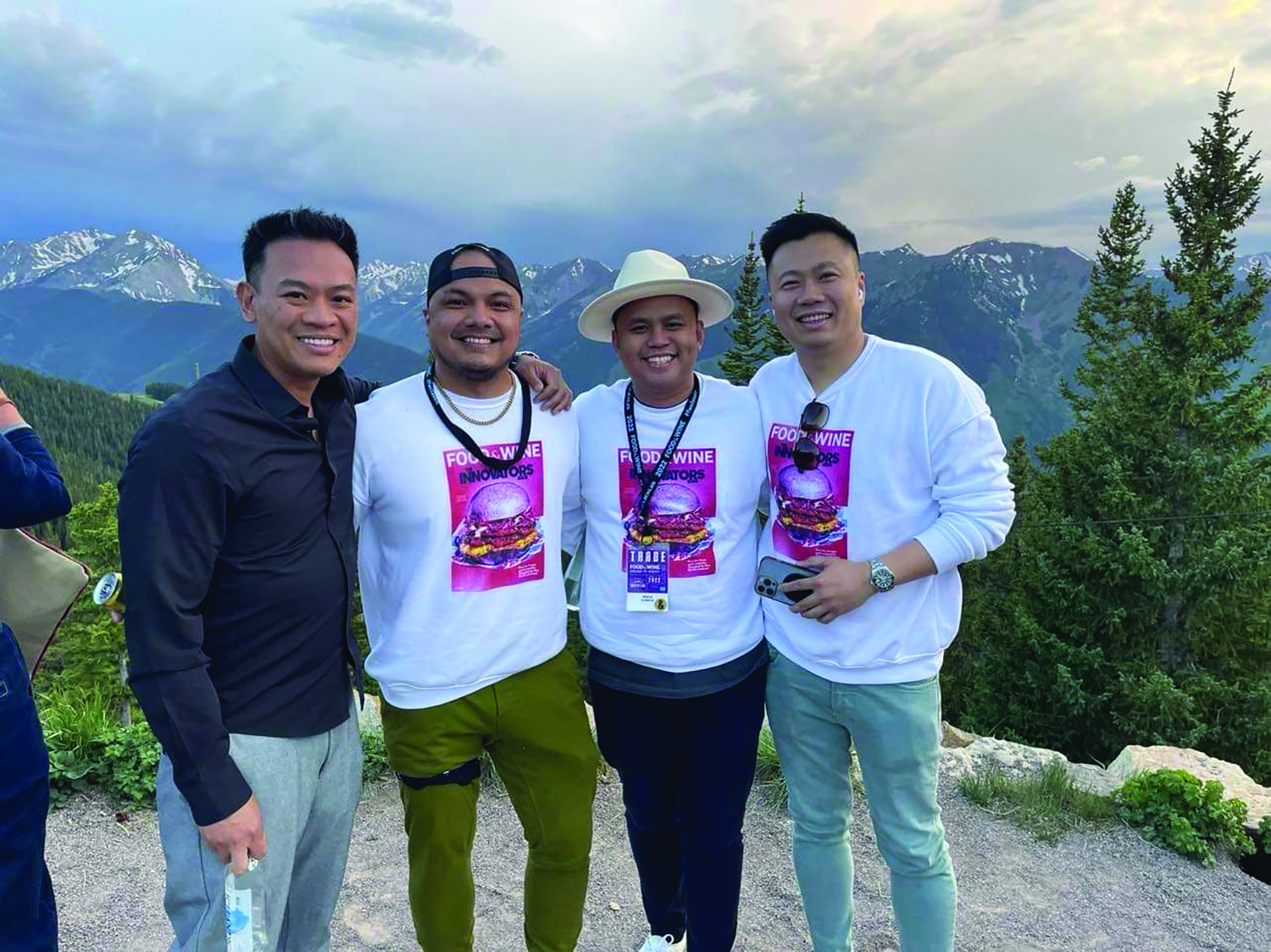 The Tocino Burger is a mix of tocino and longganisa, combining the sweet elements of the tocino and the garlic, umami, and texture from the longganisa.

For the chefs, it was always about pushing the boundaries.

“Every time we talk about creating, we always want to think outside the box,” he said.

Last May, Chef Harold Villarosa visited PogiBoy and the chefs wanted to do something fun and catchy.

Both chefs are working on some side projects. Cunanan opened Soy Pinoy in Houston and Dungca started Hiraya, also at The Block in DC.

“We want to basically take on different markets and just introduce different kinds of styles or Filipino food,” Dungca said.

Asked about their dream for PogiBoy, the chefs gave a uniform response.

“We don’t know yet hopefully expansion, you know, we want to take over the world,” said Dungca.

“We don’t want to change our menu too much. We want the whole road to taste our dishes,” Cunanan echoed. “We just want to keep it as simple, streamlined as possible.”

Hiraya is Dungca’s passion project that he began a few months ago. It is open as a pop-up for dinner service at The Block every Friday and Saturday, transforming the food hall’s mezzanine area into a fine dining mecca.

“It’s pretty much a story of my interpretations of Filipino food,” he shared.

The dishes at Hiraya are not traditional Filipino food per se, since Dungca has gathered recipes from family and friends and put his take on them. He is looking forward to creating his version of classic Filipino chefs’ dishes.

Hiraya offers a chef’s tasting menu at $95 per person. At a recent dinner, we enjoyed Dungca’s inspired take on sisig (an inventive use of the kohlrabi as the vessel for the crispy pig ear), ensaymada (reinvented as an appetizer with aged smoked cheddar and black truffle cream), and kaldereta (using smoked duck, hakurei turnip, and castelvetrano olives).

The word “hiraya” is an old Filipino word that means the fruit of one’s hopes, dreams, or aspirations. It was also used as the title of an educational TV show on ABS-CBN called Hiraya Manawari, which Dungca used to watch as a kid.

“I used to watch that show and I always felt inspired by it. Watching that show made me believe that everything is possible,” he shared. “I just think it resonated with my passion to be able to open up a place where I can cook my style of Filipino food.”

In a sense, Hiraya is the symbolic fruit of Dungca’s dreams and aspirations and he is not stopping anytime soon as he is hoping that Hiraya gets noticed as well.

“I’d be lying to you if I didn’t want any accolades, we want the accolades,” he said.

For now, Cunanan and Dungca are relishing their Aspen experience as they prepare to work harder to continue what they’ve both started.

“I think this is us breaking into mainstream America. Hopefully, we can keep pushing in and inspire others to cook the food that we love to cook,” Cunanan said.

They are excited to see the possibilities that would open up for the Filipino foodie community brought about by one of their signature dishes landing the Food & Wine magazine’s cover.