ALANA Nicole de la Cruz grew up in a small southern Illinois town across the river from St. Louis, MO.  At the tender age of 2, Alana showed her love of music by singing and performing with a microphone in her hand around the house. 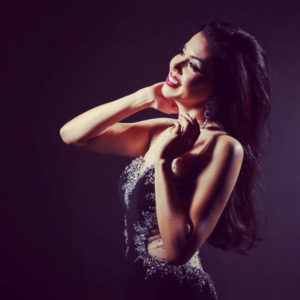 The oldest of five children, she organized family performances by enlisting (sometimes against their will) her younger brothers and sister into musical productions for her parents.  By the age of 6, Alana’s parents had indulged her love of music by enrolling her in both piano and dance classes.  After one year of dance lessons, she performed on a large stage with her dance classmates in a ballet recital, her first taste of performing before an audience.  The exhilaration of the experience planted a seed in Alana’s heart that left her yearning for more.

Her passion for singing grew even stronger, proving that singing was her natural, God-given talent.  But there was a catch to Alana’s singing passion: Although she loved to sing, she kept it hidden from the public.  As a teenager, a crippling shyness prevented her from performing solo in front of an audience.  Consequently, she never received significant roles in high school musicals nor solo performances in the choir.  She wanted to stay in the background, never having the courage to sing alone publicly.

Privately, Alana would SING!  While in high school, she hid in her bedroom playing her “Miss Saigon” CDs over and over while singing along to Lea Salonga’s role as Kim. Her friends, who would accidentally hear her, encouraged Alana to sing a song from “Miss Saigon” for the school, but her stage fright hindered her ability.

After receiving a college music scholarship, Alana gained more confidence in her ability.  With the encouragement of university music faculty, her courage and determination to sing blossomed. Alana pursued music/vocal performance as a minor at the University of Illinois Urbana-Champaign. New singing opportunities came to her while studying there. One of her most exciting opportunities included being invited to be an official U of I National Anthem singer for all sporting events. By 2004, Alana finally crushed all her fears after performing the National Anthem for her largest audience of 6,000 people during the University’s “Pack the Hall Orange” event.

Following her college years, Alana had her share of personal trials and tribulations. Nevertheless, she was able to brush herself off by the grace of God and forge ahead towards what she always knew she was meant to do. For those who are curious as to what those exact trials were, she is currently working on writing a screenplay based on her life story. Endeavoring to turn her past pain into her passionate purpose, Alana also speaks for women’s conferences using her testimony of triumph to help empower other women to discover their real value, have a healthy self-image, self-respect, self-worth and most importantly to recognize the unique brilliance that lies within all of us.

To pursue her career as a performer and studio recording artist and driven to chase after her dreams even more than ever, Alana took a leap of faith to move from Illinois to Branson, MO.  She got her first lead role Sandra in the “Nifty Fifties Show.” During that time, she pursued, with a lot of help and support from her parents, additional vocal training and won a soprano role in “Suor Angelica” with the prestigious New York Lyric Opera Theatre in New York City. 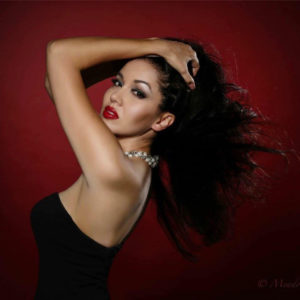 More opportunities opened up in Branson, as Alana played the coveted role of Atina, Ariel’s sister, in the theatrical production of Disney’s “The Little Mermaid Musical.” That experience kindled a passion for working with children, leading her to start her own children’s entertainment company, “Alana’s Princess Parties.” She found a deep connection with the young children who are enchanted by her professional quality renditions of the songs they adore.  Alana is now excited to bring her singing princess talent to the Los Angeles area.

Alana is a classically trained crossover/pop singer.  Critics have described her as having a “golden voice” and being “a breath of fresh air.” She most recently performed for both the Miss Little Philippines 2018 and for Miss Philippines USA  2018, where she sang the beloved songs, “Time to Say Goodbye” & “The Prayer.”

Alana’s popularity is ever growing in the Southern California area, and she looks forward to performing or speaking at an event for you in the near future!

Leyte Kalipayan Dance Company returns to US after nearly 40 years