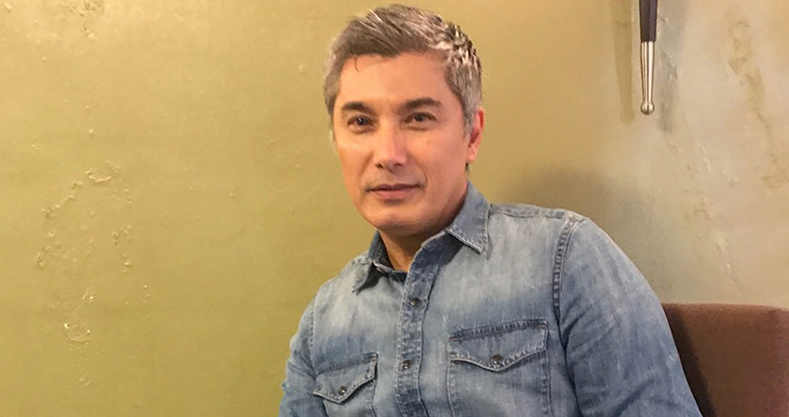 “The Housemaid” lead star Albert Martinez credits a healthy lifestyle and discipline for his physique and youthful look. More than 40 years ago, the actor joined showbiz and started appearing in the movies in 1980 with “Totoo Ba ang Tsismis” and “Blue Jeans.” | Philstar.com file photo 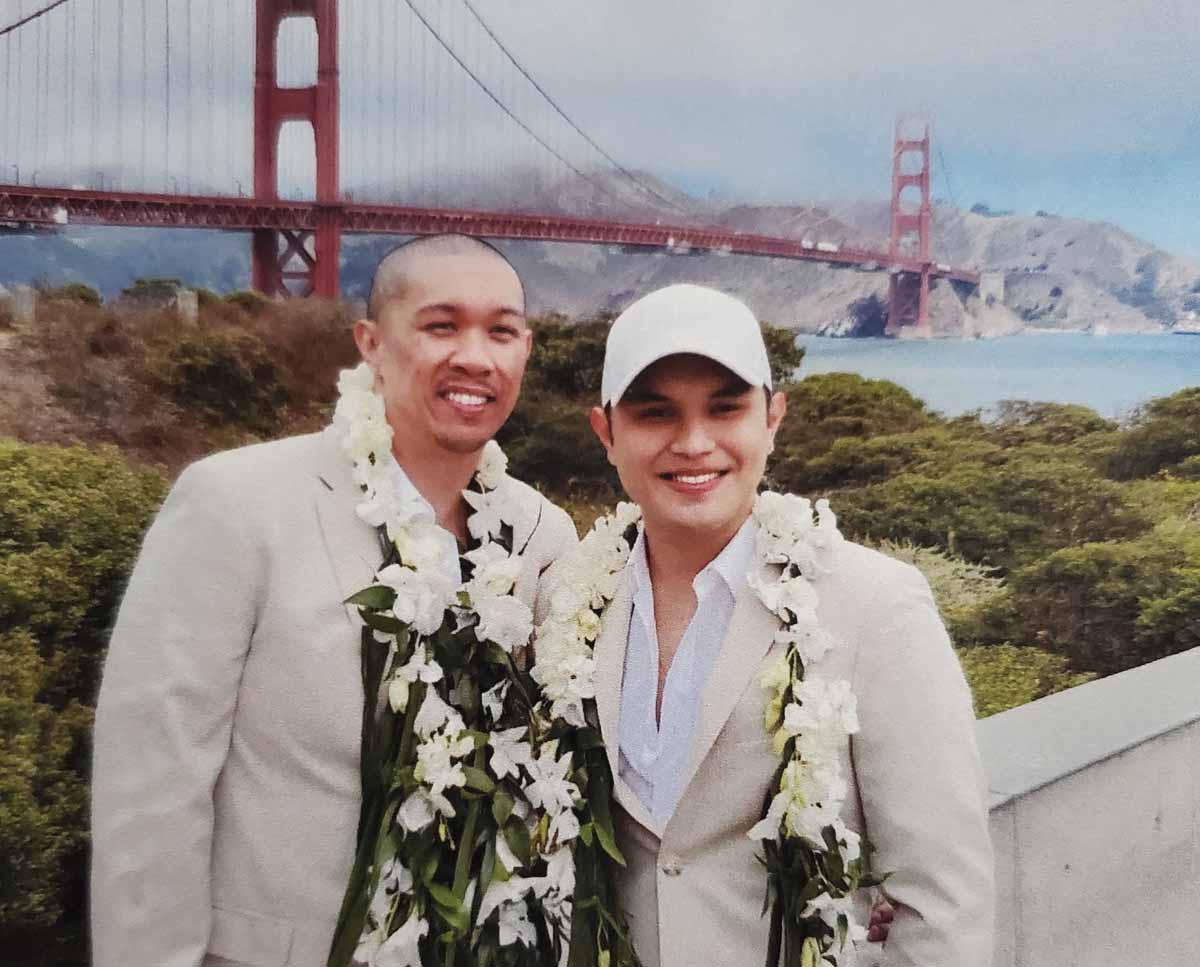 Congratulations and best wishes to newlyweds Renzo Nicolas of San Jose and Hayward-based Tony Le who tied the knot under the famed Golden Gate Bridge of San Francisco (where Tony originally proposed!). 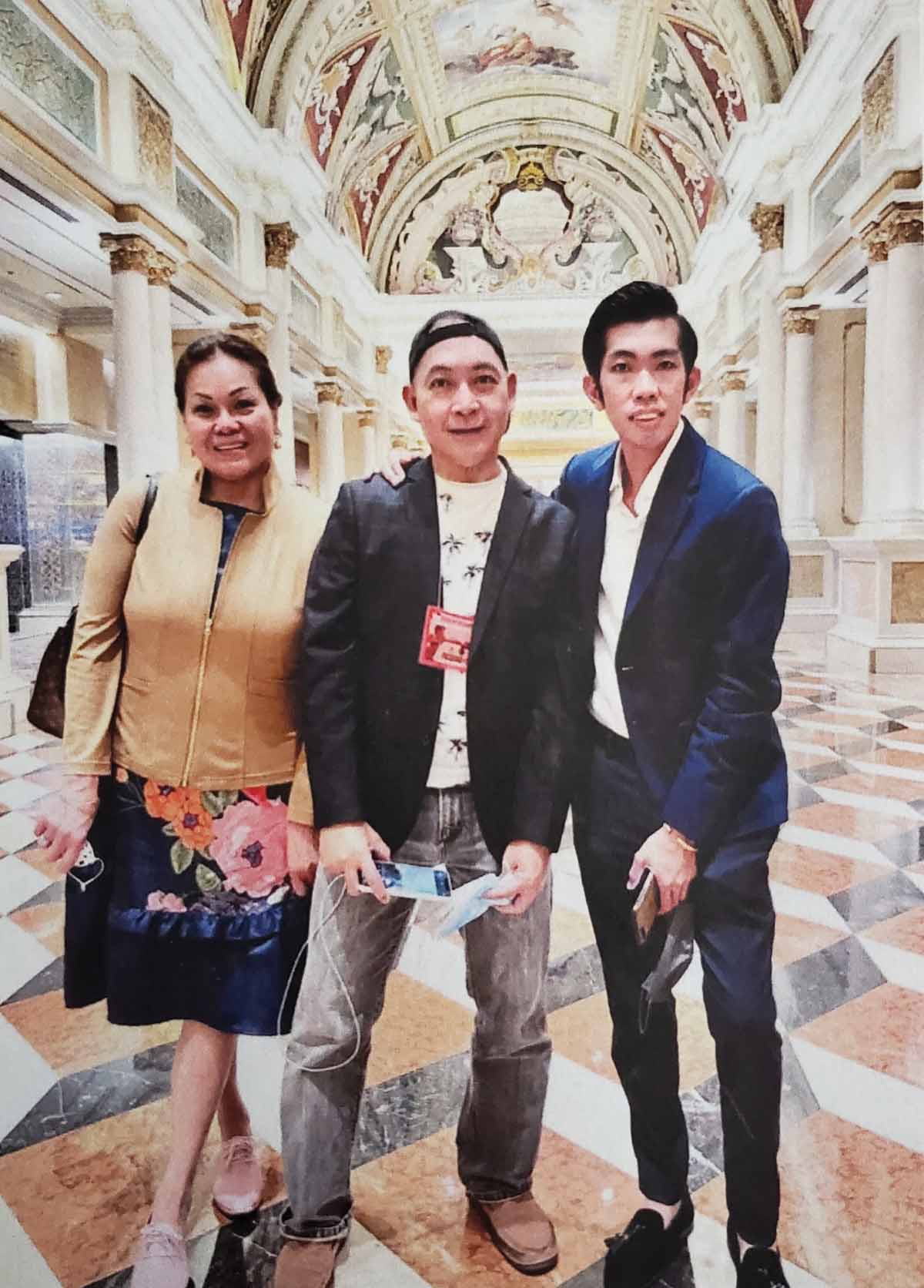 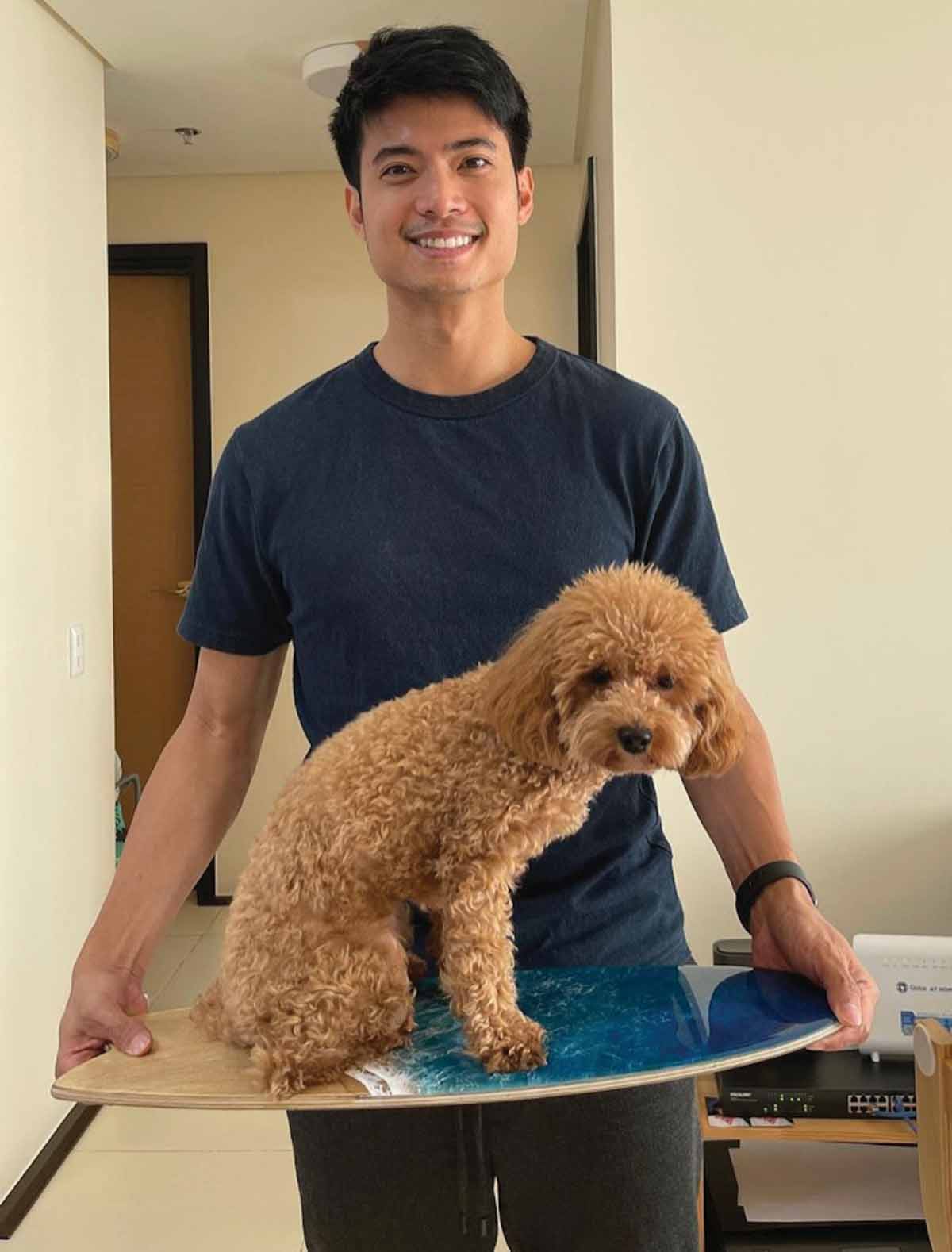 Multi-talented Kapuso actor Mikael Daez renewed his contract with GMA Network and GMA Artist Center last August 26. He was recently seen in the top-rated primetime series “Love of My Life.” Photo from Instagram/@mikaeldaez 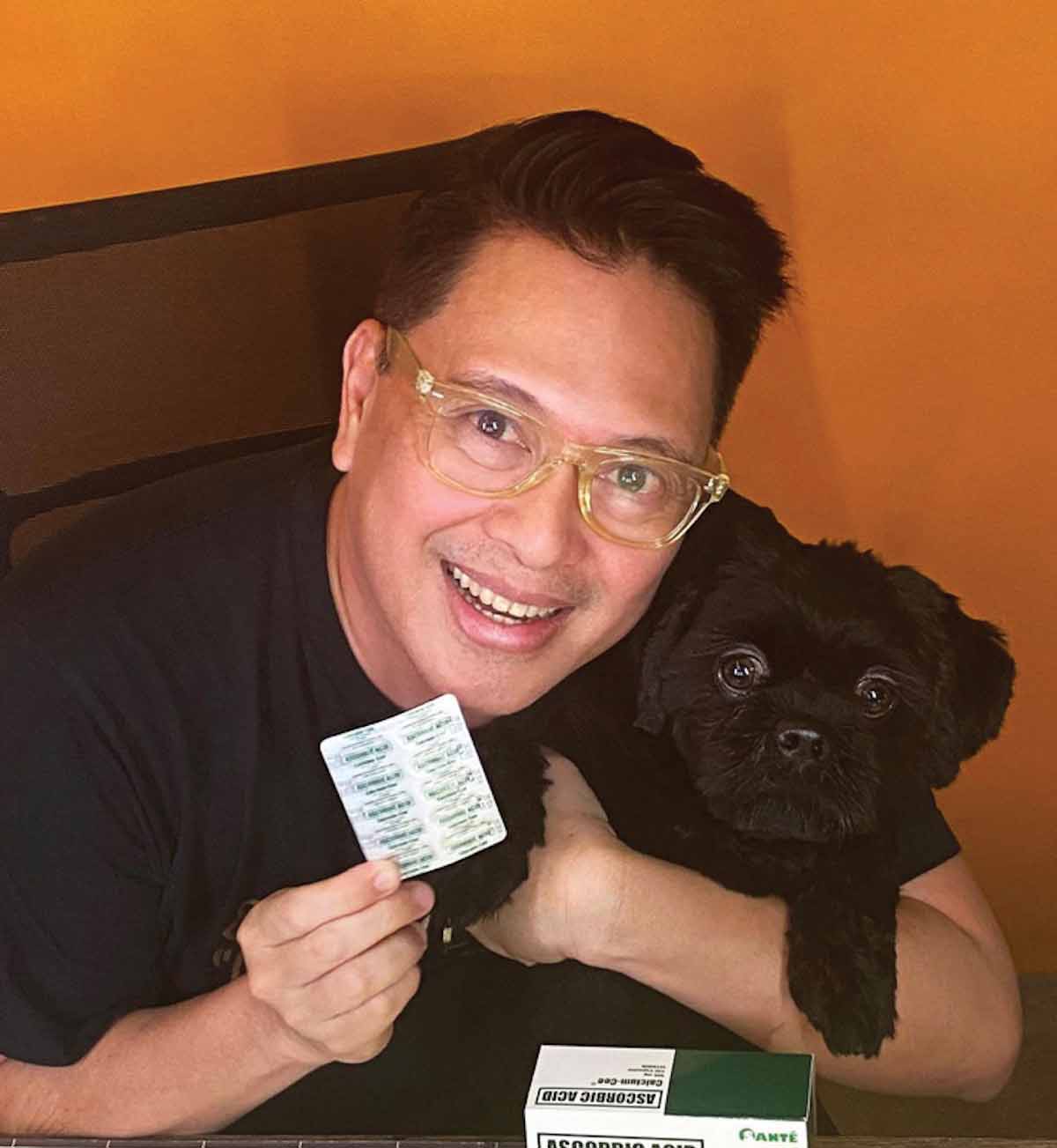 Famed celebrity photographer Raymund Isaac passed away due to complications from COVID-19 last September 4. Celebrities have been pouring their tributes to Isaac on social media. Photo from Instagram/@raymundisaac 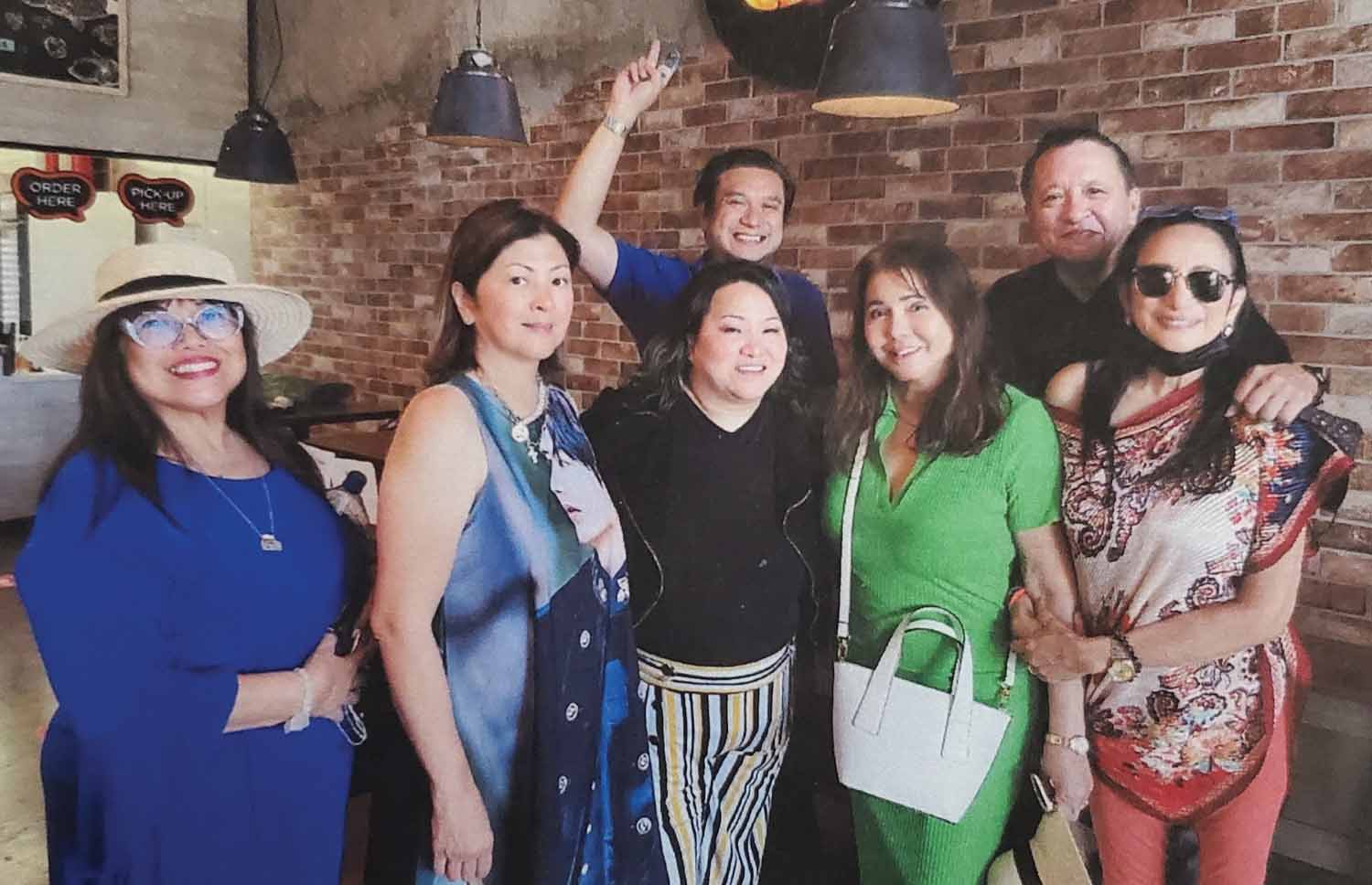 AT 60, “The Housemaid” lead star Albert Martinez looks incredibly young for his age.

This was in full view during a recent press event for the film, which is the launching vehicle for beauty queen Kylie Versoza, according to an article in PEP.ph.

“Thank you. That’s a compliment.  I’m officially a senior citizen. I’m sixty years old with real white hair,” the actor was quoted as saying, when complimented on his youthful appearance.

Aside from genes, Albert said that taking care of himself has been key to maintaining his physique.

“Through the years, even when I was young, I’ve been into working out, eating properly, not abusing myself,” the actor related. “And I know for a fact, this is our investment, for those of us in the industry – to make sure we stay fit, looking good… I guess that’s about it.”

“It may be a little bit about the genes, but then again, it’s all about discipline,” he added.

During the press event, the former Regal baby revealed that he would have experienced a lifetime of regret had he not accepted the role in the film, which is the Philippine adaptation of the Korean movie with the same title. In the movie, he portrays the rich husband who gets into a relationship with the hired help. Joining Martinez and Versoza in the film are Jaclyn Jose, Alma Moreno and Louise delos Reyes.

“It’s a film that every actor should accept. It’s a film na hindi mo puwedeng palampasin,” Albert said. “It’s really a beautiful material, well-written, and to think that the [original] film was an entry to 2010 Cannes Film Festival. It’s very challenging for all of us, for me as an actor, for the director, for the entire cast.”

“If I had not accepted the role, it would have been the biggest regret for the rest of my life,” he added.

According to Albert, the film’s stars were given their moment to shine in the movie.

“It’s an ensemble type of material. We did so well. I’m happy for the team,” he stated.

It has been a while since Albert was seen on the big screen, as he has been starring on teleseryes the last couple of years. 2021 marks Albert’s more than 40 years in showbiz. He was first seen in the movies “Totoo Ba ang Tsismis” and “Blue Jeans” in 1980, which was followed up with starring roles in “Bata Pa si Sabel” and “Bakit Ba Ganyan?” in 1981.

Ace photographer Raymund Isaac passed away on Saturday, September 4 due to COVID-19 complications.

Many celebrities fondly remembered the Isaac, according to an article in the Philippine Star.

Xian Lim, for his part, revealed how he had known the famed photographer since the time he started out in showbiz.

Part of his Instagram post read: “…I’ve been working with Ray for years ever since I was just starting out. There are times when I would feel low and he always knew how to cheer me up. He shot all our BDO campaign and made everyone closer together. We became closer as a team. It was no longer a company, photographer, artist relationship. He transformed our shoots into a playground where I can just be myself. We became a family. He knew when I was feeling tired. He knew how to cheer everyone up. No goodbyes Ray. ‘Til we meet again.”

Lim ended his post with prayer and heart emojis. He also uploaded a short video of a photoshoot he did with Isaac.

2015 Miss Universe winner Pia Wurtzbach uploaded a comment to the photographer’s photo of from his room at Caesar’s Palace in Las Vegas.

“The very first photographer that I worked with… I was 11 years old and it was for a teen cosmetics brand of Avon. I learned so much from him. Did a whole day shoot and I fell in love with modeling. He made me feel like I na “uy kaya ko pala to.” Fast foward to years later and were still working together. I will miss the bacon muffins you make whenever we visit your studio. You’re always so welcoming, hospitable and generous. I always have so much fun whenever our shoots are at your studio. You make it exciting, fun and easy. Thank you for sharing your heart with so many of us,” Pia wrote, ending it with a heart emoji.

Pinky Amador, who is a theater, TV and movie actor, revealed that she and Isaac were supposed to do an educational series.

“The creative industry has lost a passionate visionary. You were always thinking and planning ahead, but at the same time could be ever-so spontaneous. Pure genius! We were planning to shoot an educational series during the pandemic and your ideas were on [fire emoji],” Amador wrote.