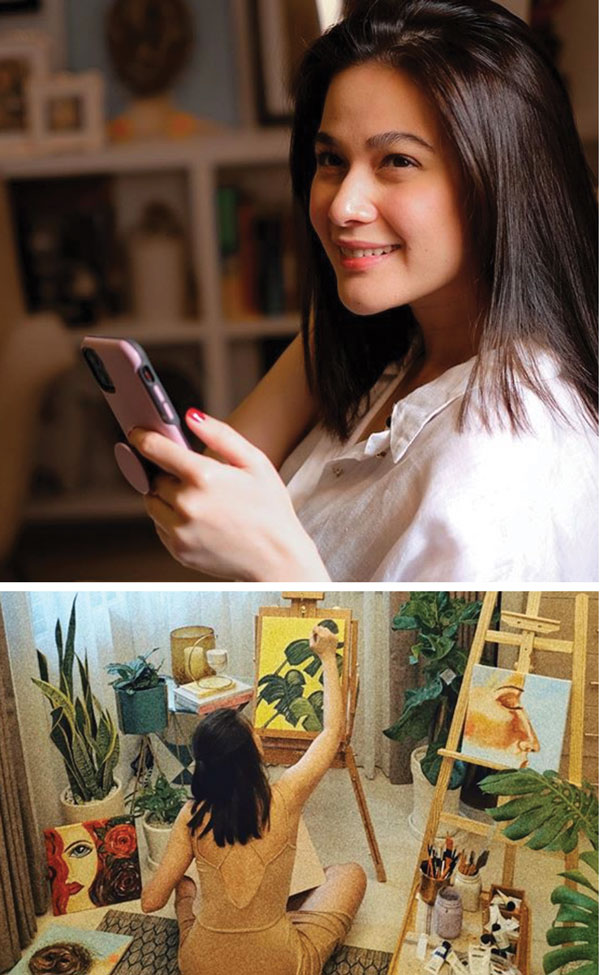 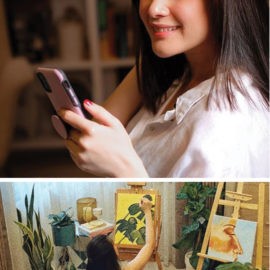 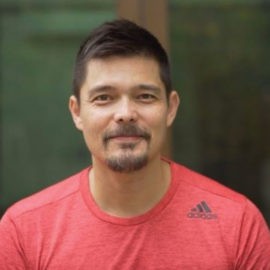 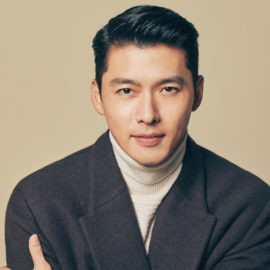 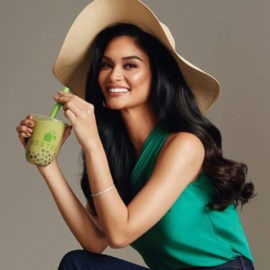 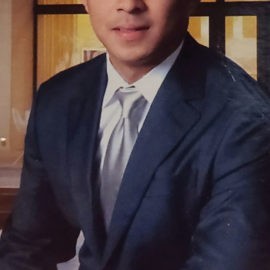 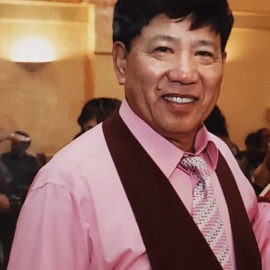 Bea Alonzo in the midst of painting, which she says makes her heart happy. | Instagram Photo (@beaalonzo) 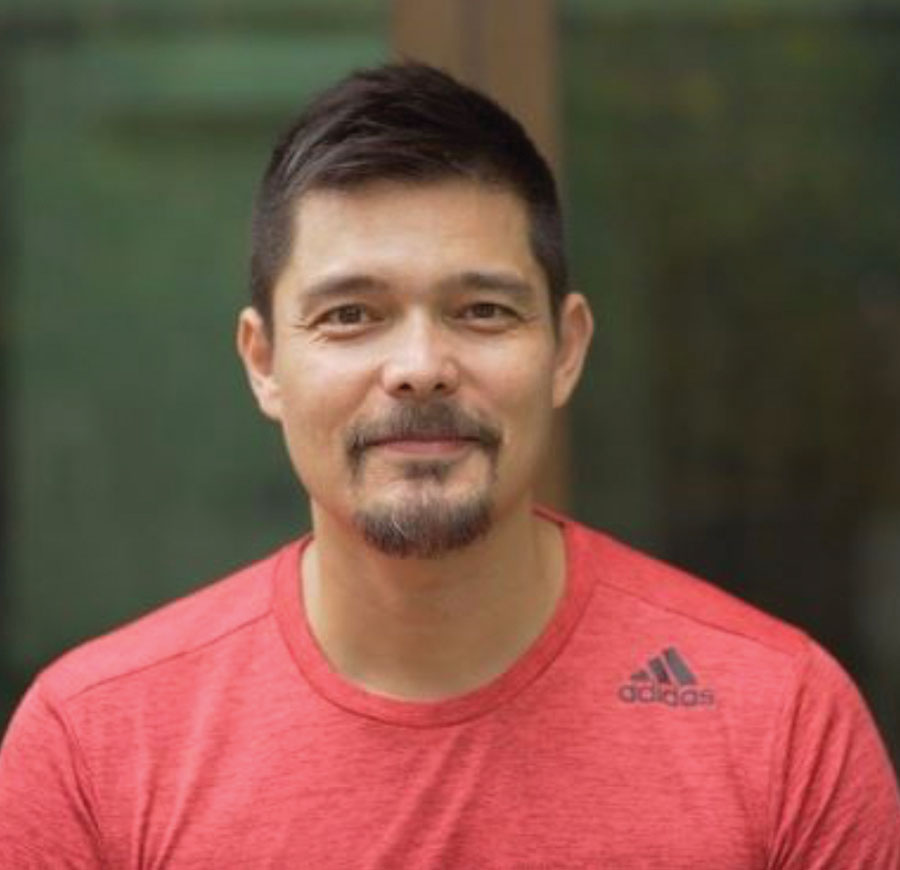 Viva Films will release “A Hard Day” starring Dingdong Dantes when cinemas are allowed to open in the Philippines. | Instagram Photo (@dongdantes) 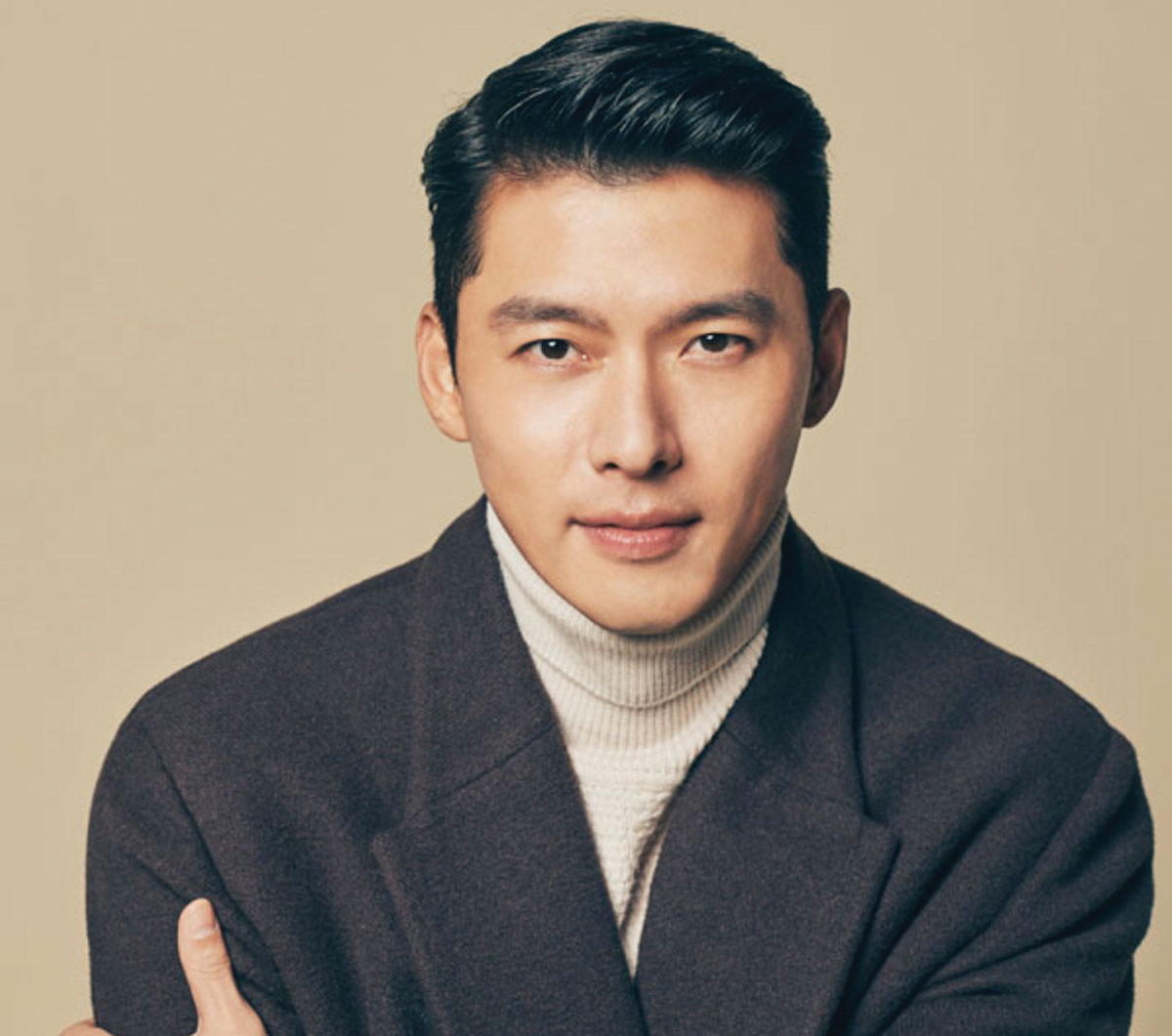 Korean superstar Hyun Bin is the latest foreign celebrity to become an endorser of a Philippine brand.| Philstar.com File Photo 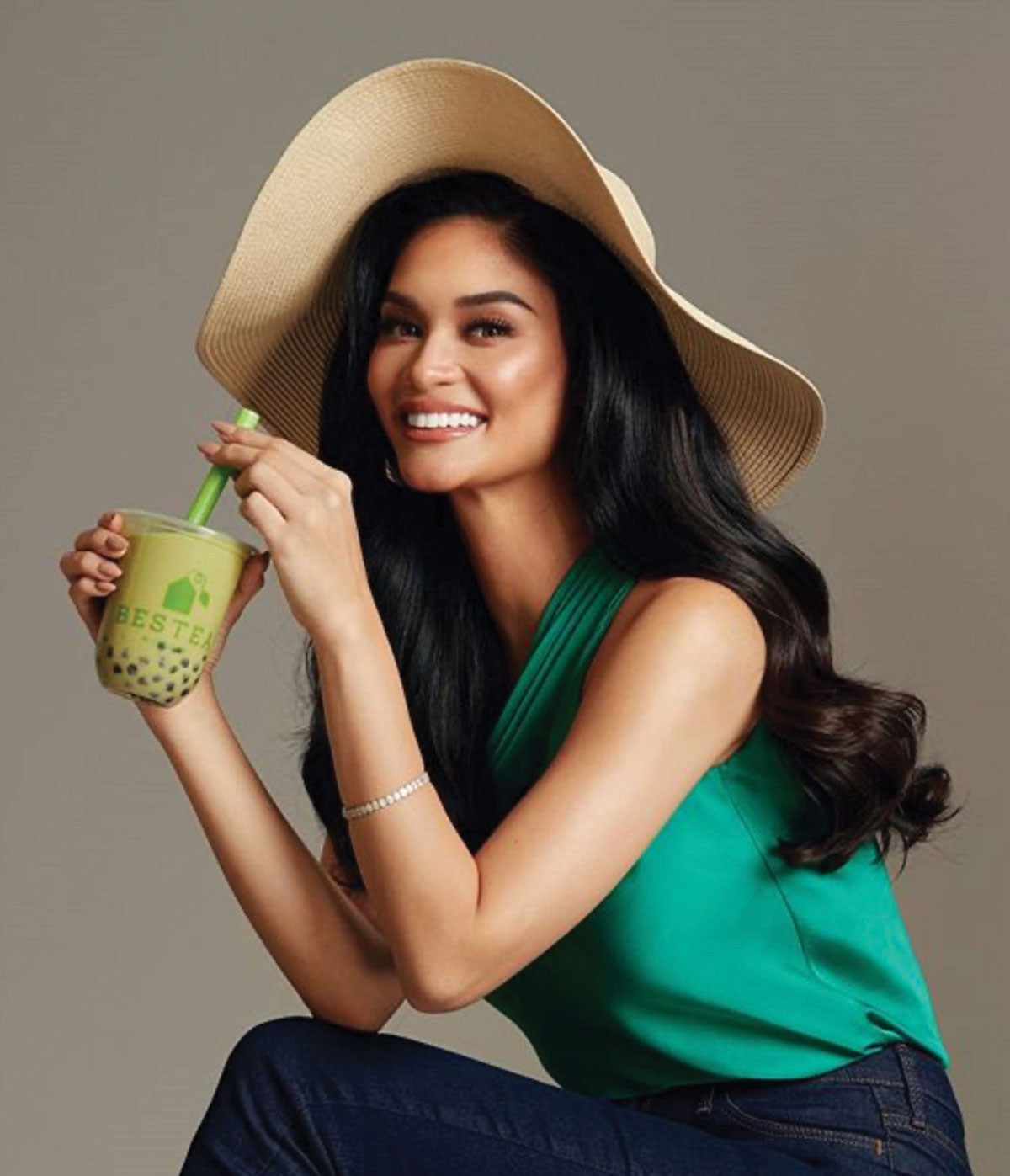 Miss Universe 2015 Pia Wurtzbach has found a new love in the person of Jeremy Jauncey, a Venezuelan-born businessman who grew up in Scotland. | Instagram Photo (@piawurtzbach) 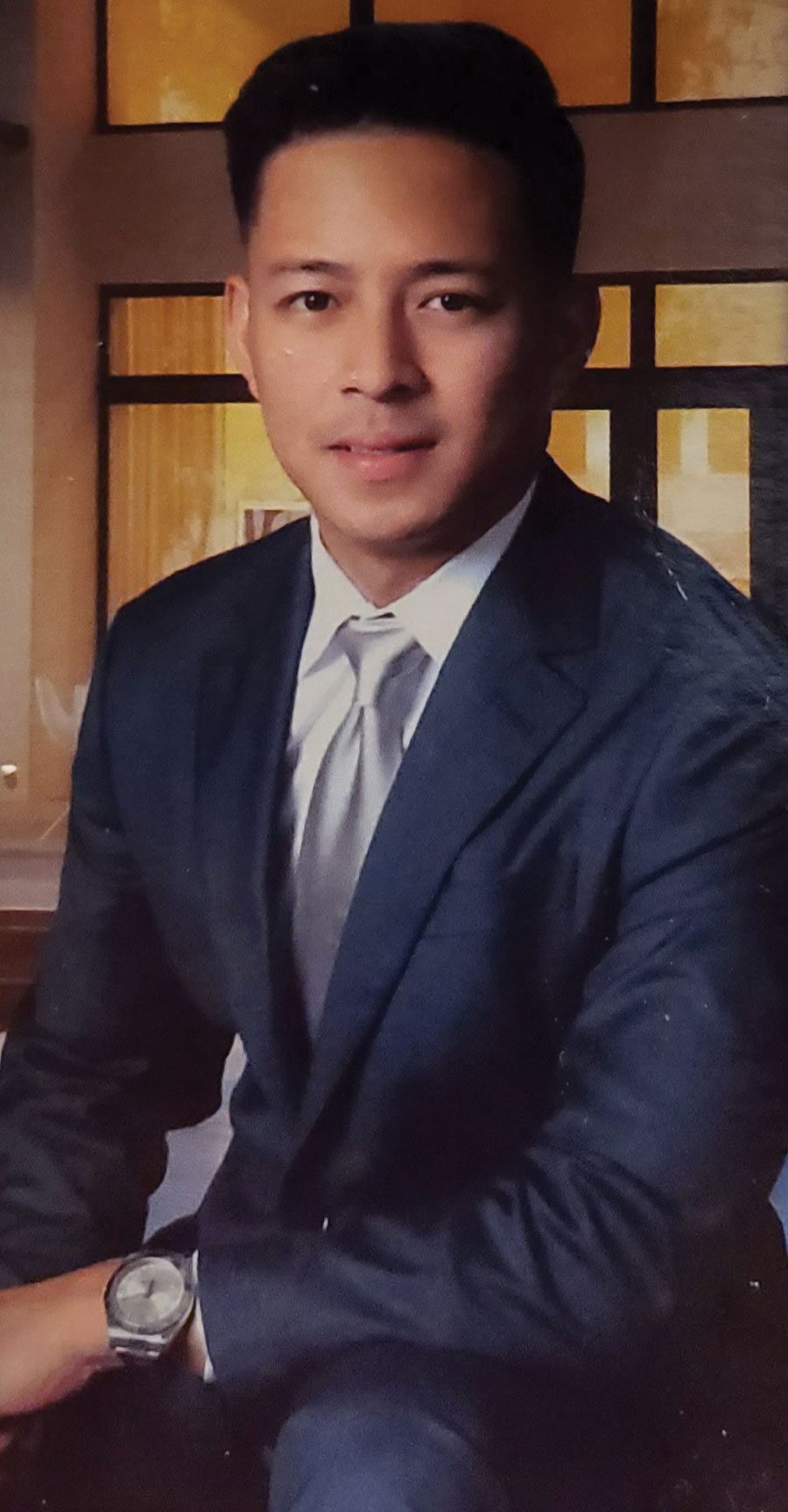 Kevin Cruz, one of the most eligible bachelors in the Bay Area, is a successful real estate broker at Kinetic Real Estate in Northern California. 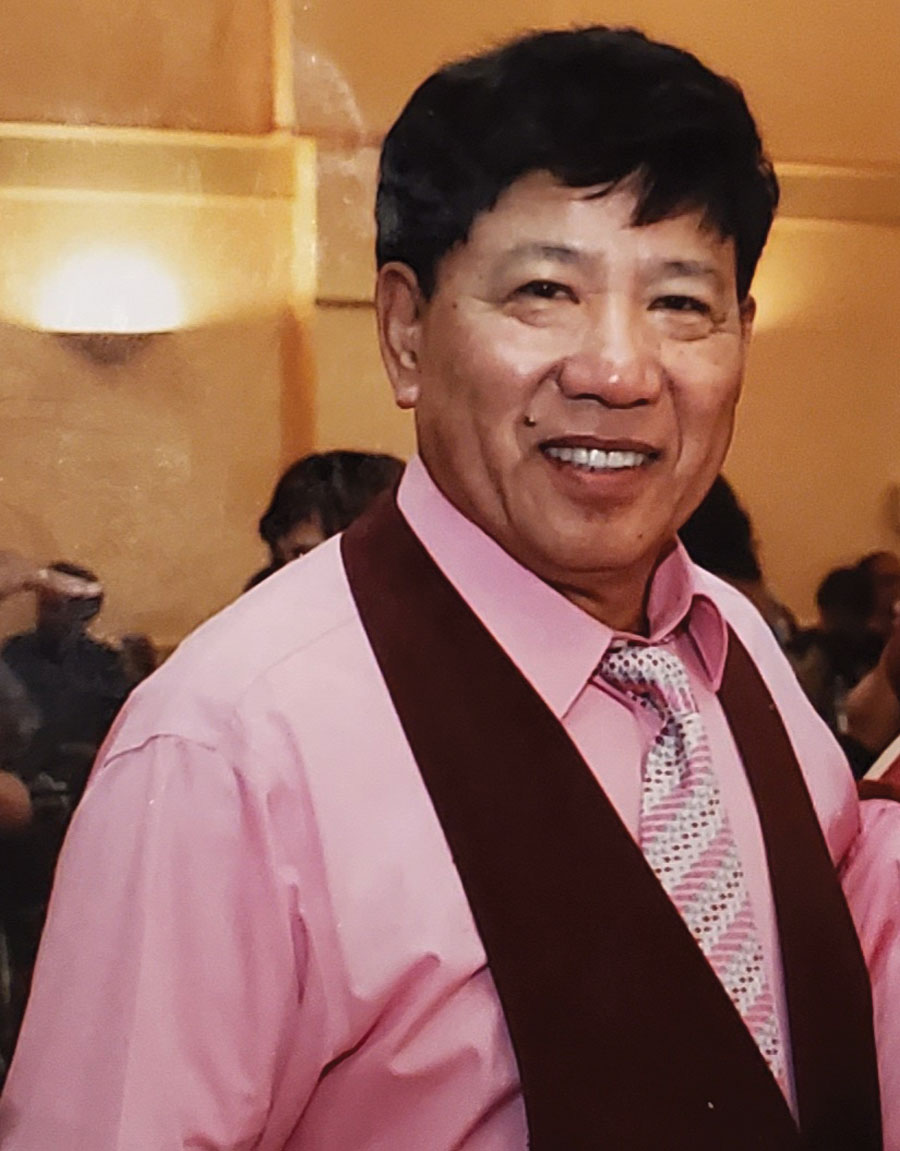 Louie Rubio, known as one of the best ballroom dancers in Northern Calfiornia, will celebrate his birthday on Monday, June 22 at his residence in San Leandro.

THEY have made it official – Miss Universe 2015 Pia Wurtzbach and Beautiful Destinations CEO Jeremy Jauncey are in a relationship.

According to the Philippine Star, the pair, who are featured in the cover and an exclusive interview in Tatler Philippines, have admitted to dating exclusively for months now.

Wurtzbach said she felt a spark when she met Jauncey – she found him to be a warm person and liked that he was always smiling.

However, since she had just come out of a three-year relationship with racer Marlon Stockinger, it was just natural that the former Miss Universe winner would take her time before entertaining the thought of a new relationship.

According to the Venezuelan-born Jauncey, he was happy to accept Pia’s terms and timeline.

“She sets the parameters and I happily accepted,” Jeremy was quoted in the Philippine Star article. “It was a chance to show that I was serious about her and that I want to be a gentleman about it, which was very important to me.

For her part, Pia said in the same article, “We wanted to make sure we set a good foundation for our relationship before we came out in the open. I’ve made a mistake of sharing too much too soon before, and I wanted to make sure I did it right this time.”

Beautiful actress Bea Alonzo has discovered a new love during the quarantine in the Philippines. She has taken up painting.

In an Instagram post, according to the Inquirer, the actress shared with fans via her account that she has found a new way to funnel her creativity by busying herself with her canvas and brushes.

In the post, Bea says, “Trying different things in this unprecedented time. Never even thought of painting before (don’t judge! I just started and not claiming to be good at it!(face emoji)) But I realized, arts and plants go very well together. It’s like reading a book, you are taken to another world, a world where you are the only one allowed to enter. It’s an escape.”

Alonzo added that painting has been a good outlet for her creativity as she has not been acting for quite some time now. “It’s nice. It makes my heart happy. (face emoji)”
Bea’s post was accompanied by a picture of her in the midst of painting one of the plants serving as her inspiration. She was surrounded by her other works, and her art supplies.

Foreign celebrity endorsers are not uncommon in the Philippines. We’ve seen the likes of Zac Efron, Alicia Silverstone, Mandy Moore, Nicole Scherzinger, Kate Hudson, Boyzone, Sandara Park, Nam Joo Hyuk and Nonie Tao grace billboards, posters and other publicity materials for top brands Penshoppe, Bench and Kamiseta.
The latest to join the club is Korean superstar and K-drama hunk Hyun Bin, who stars in the very popular “Crash Landing On You,” a television series that has captured the hearts of Filipinos everywhere.

The actor is the latest celebrity endorser of Smart Communications, Inc. and will topbill the provider’s “Simple, Smart Ako” campaign. While Smart brass will not reveal how much they paid the superstar, they have revealed that they will fly the actor to the country once the pandemic’s threat ends and they are allowed to do so.
According to an article in the Philippine Star, the Smart team found the actor to be easy to work with.

“He seemed very nice, very down-to-earth. Hardly English but he said thank you for choosijng him as an endorser… You see how smart he is, no pun intended. He basic ally learned Tagalog in one day,” said Alfredo Panlilio, who is Smart president-CEO/PLDT chief revenue officer.

There is no word yet if the brand plans to get another K-drama superstar to join Hyun Bin as endorser for their brand.

Viva Films is set to start shooting scenes for two movies this coming July, according to PEP.ph.

This should help the movie outfit move towards its goal of releasing 34 movies in 2020, which Vic del Rosario and his son Vincent announced last January, although it is unclear at this point whether they can reach that magic number.

According to Vincent, they have so far finished 11 movies, and have about four to five movies in various stages of production.

“Our goal is to gradually release them theatrically as cinemas get operational again, while at the same time also actively seek out alternative modes of distribution in the digital space,” the younger Del Rosario explained.

So far, there are two movies ready for showing – one top-billed by Dingdong Dantes, and another project starring Baron Geisler, Gina Pareño and Donnalyng Bartolome.

Gabby Lopez: I am a natural-born Filipino