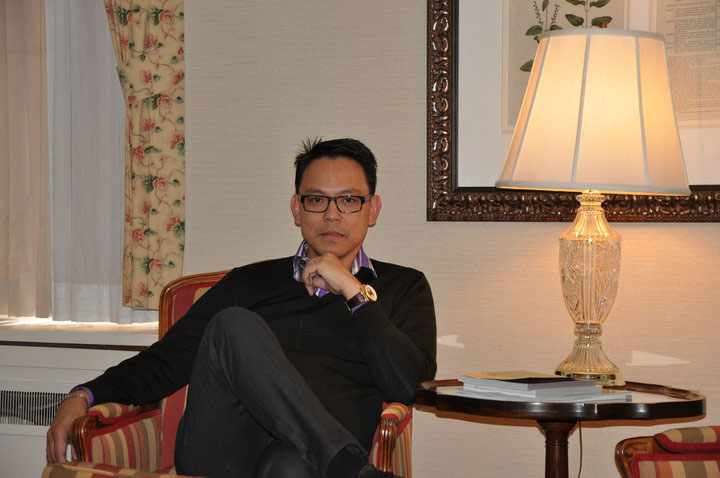 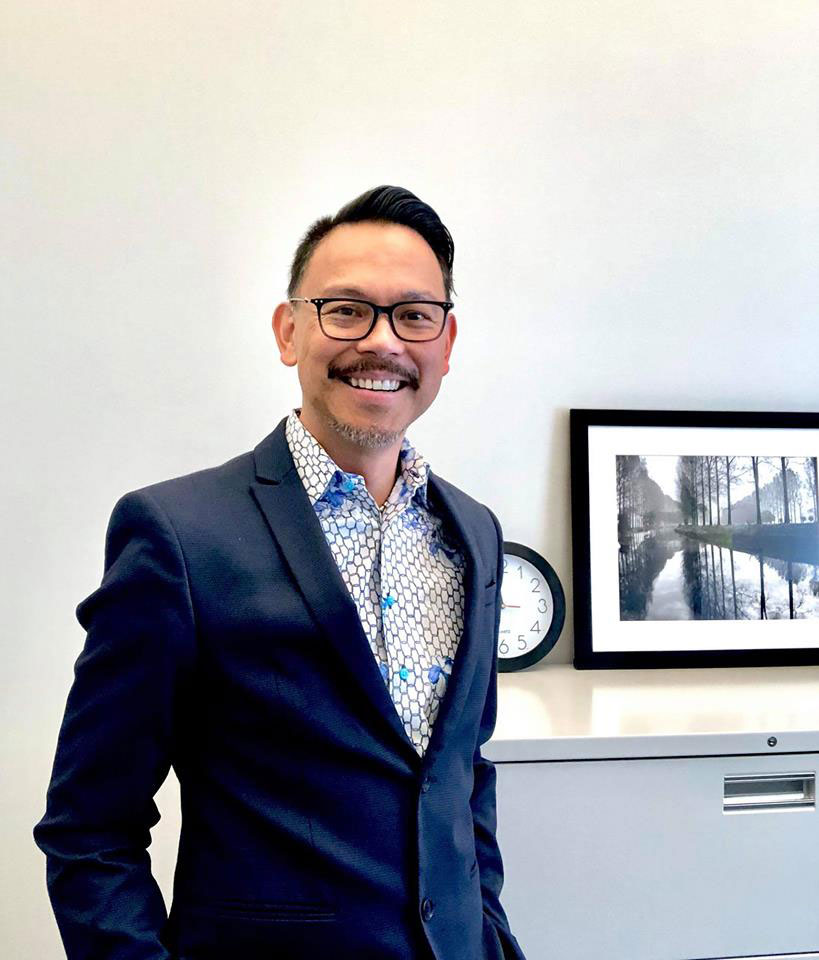 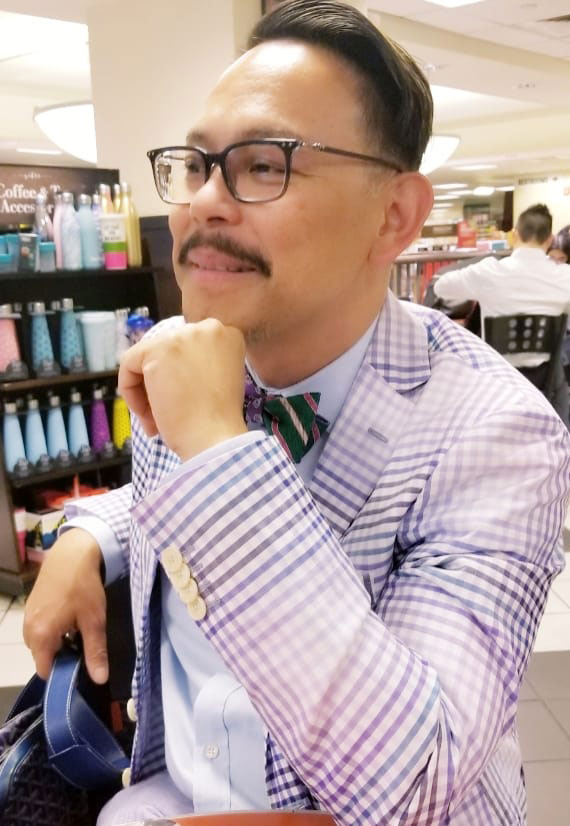 Dr. Aromin in one of his passionately fashionable stances 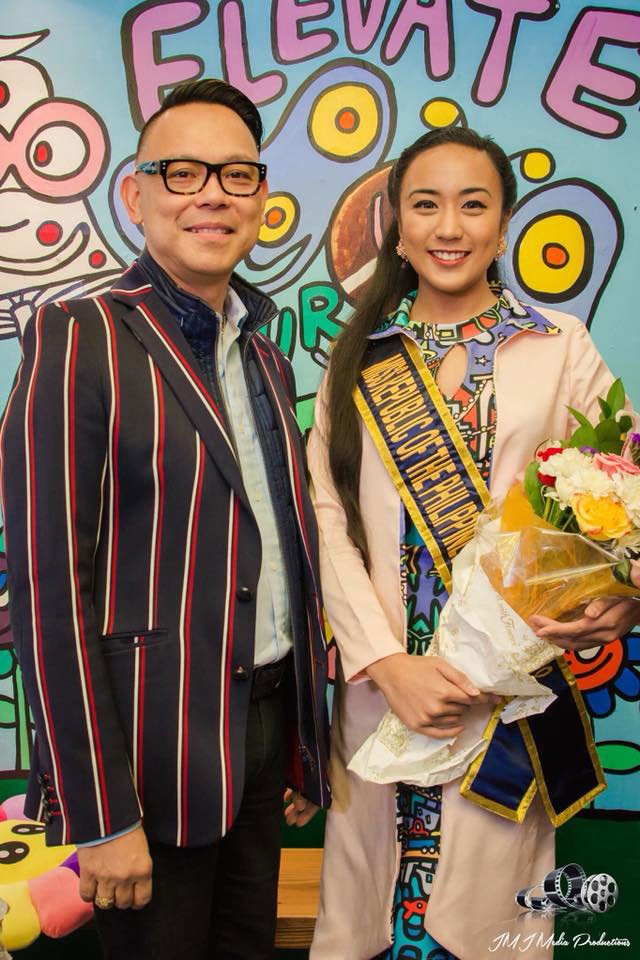 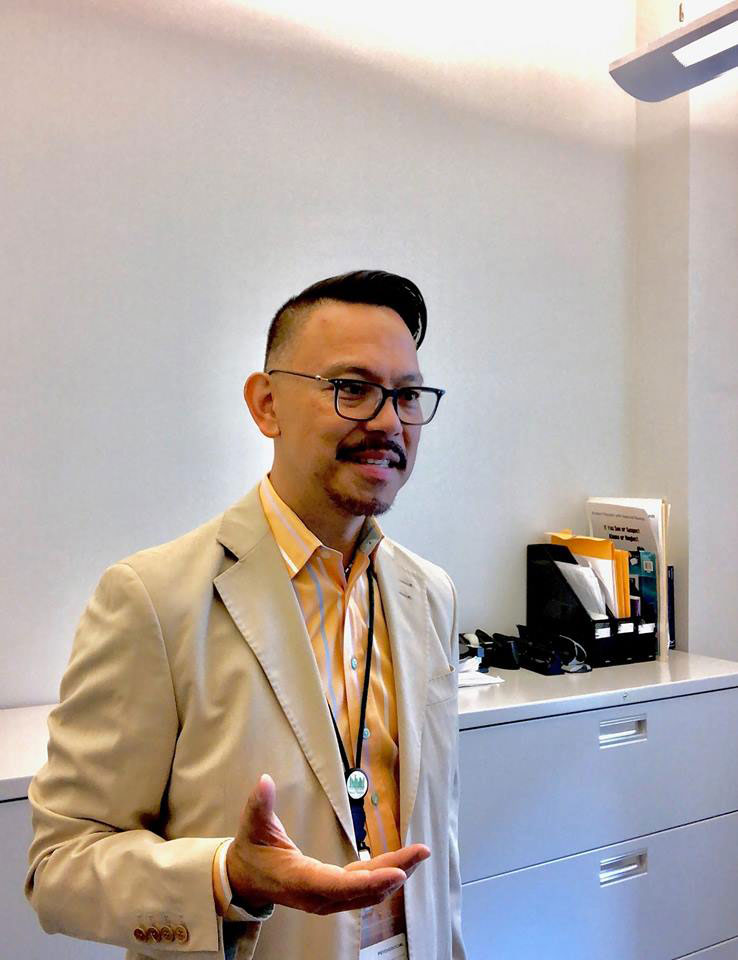 Dr. Romulo A. Aromin, Jr. stresses a point during a consultation 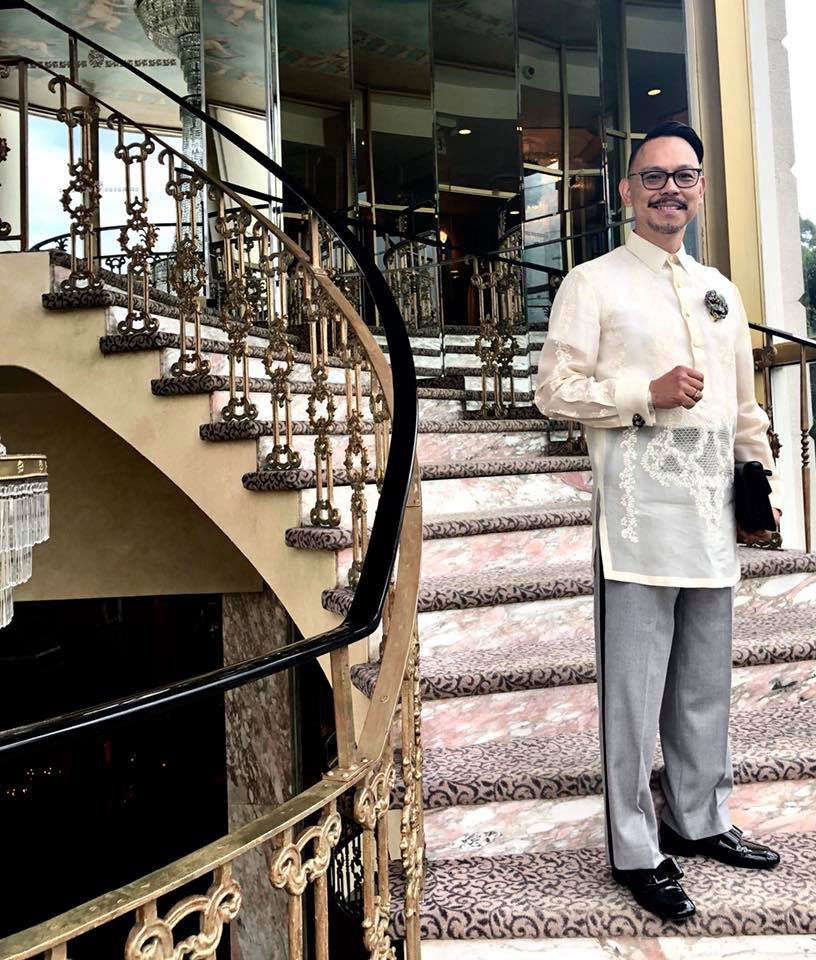 Literally on the stairway to even greater heights

Choosing a career could be a vital pronouncement… ostensibly indistinguishable to taking a mate for a lifetime partnership. Other professions are almost impossible to actually gauge whether they were perfect choices until one is done and already engaged in the field. The perils and risks are unanticipated and unforeseen and regrets will be too late to reckon with mumbling frustrations and remorseful acrimony to boot.

But others seemed to be motivated and molded to embrace certain professions when strongly influenced by family members, the parents in particular. Suitably guided and justly predisposed, Romulo A. Aromin, Jr.’s vocation was unswervingly inspired by his mother who was a doctor.

At the tender age of ten, young Romulo was already familiar with every single doctor’s clinical tool and apparatus. He used to assist his mom in preparing stuff needed in attending to her patients. The persuasive effect on him was strappingly intense and the power was overwhelmingly significant that effortlessly led him to the field where his mom was.

A quintessential exponent of a Taurean (born May 11), Doc Rom is undeniably swayed to the convincing pressure of one born in the Year of the Horse (1966) that is known for being reliable with keen penchant for beauty, efficient in financial management, low-key with a munificent heart, uncomplaining and easy to deal with ‘though oftentimes faultily judged as condescending and snooty but down-to-earth in reality.

For dreams are free and youthful ambitions are limitless, Dr. Romulo Aromin, Jr. aimed soaring high with lofty dreams and confidently envisioned inexhaustible possibilities to succeed and experience a high-flying lifestyle from what he toiled for. In just two years after his medical studies, the USA became the far-flung cradle of his well-motivated ambition.

Innately born an achiever, Dr. Aromin easily worked his way through the tracks to climb up the ladder in the field of his specialization.

Instinctively endowed with imposing mental capability and academically competent, Dr. Aromin proved his plausible ability in journalism by collaboratively authoring and editing a number of medical publications on substance abuse during his Psychiatry residency in Beth Israel Medical Center in Manhattan (1994 to 1996). Interestingly he worked on a funded research by the National Institute of Mental Health (NIMH) about Comorbid Addictive and Psychiatric Disorders which provided evidence for concurrent psychiatric and substance abuse services.

His mounting academic activities were nothing but astounding as a resource lecturer on: Comorbidity of Adolescent Substance Use Disorders, Post Traumatic Stress Disorder, Substance Abuse in Teenagers, Depressive Disorders and Anti-depressant Basic Psychopharmacology.

Dr. Aromin’s remarkable stint at Columbia Presbyterian Medical Center all the more built for him a strapping foundation as somebody knowledgeable about substance abuse via his noteworthy clinical therapeutic researches on Depression and Substance Abuse Treatments.

His impressive roster of professional experiences and enviable positions suitably created for Dr. Aromin strikingly electrifying status as a Medical Director of a number of medical facilities and Departments such as the Wordworth-at-Shawnee (1996-2000), Trinitas Regional Medical Center’s Chemically Addicted Program (2004-2015) and Child and Adolescent Partial Hospital Programs (2009-2015), and the Newark Renaissance House (2014- present) aside from his well-regarded positions as Associate and Assistant Director, Consulting Psychiatrist, and Chairman of other related medical practices.

Needless to elaborate that his methodical academic foundation and expert clinical training rewardingly fortified his Licensures and Certifications that readily propelled him to his current position as Associate Director at IFH’s Psychiatry Department since 2014.

Life outside the hospital perimeters

No matter how occupied and work-loaded he is, Dr. Aromin still maintains an exciting private life totally free from the medical world. With an open life and grueling time free from the confines of his job, the low-key doctor readily embraced his moment of liberation. His much-deserved free-wheeling opportunity openly releases all the strains and stresses crowding his mind and off his chest.

Dr. Aromin is passionately fashionable with impeccable taste and faultless preference. A music aficionado (with penchant to classical pieces) and a movie enthusiast (admittedly a Vilma Santos avid fan), the eloquent doctor still manages to enjoy life’s down-to-earth reality despite fame and fortune.

“Just like music and the movies, fashion itself is also an efficient tool for communication… a silent language recognized universally,” Dr. Aromin declared with conviction. “It is an art form that coveys one’s personal expression while simultaneously building self-confidence.

Though it may put a dent in one’s wallet to be abreast with the current trend (especially branded items), I believe it still pays to be in vogue.”

“There’s a Latin aphorism that goes: ‘ars longa, vita brevis’ (art is long, life is short), so why not enjoy the bliss and pleasure the latest trend brings while living an enjoyable life?” he said.

Dr. Aromin’s hip-on-the-scene image is straightforwardly attested by the way he unmindfully splurges on wardrobes he fancies and the wisely invested furniture and art pieces that adorn his well-appointed condominium residence in Manhattan.

“The feeling of unexplained contentment and gratification, when I’m donned in wardrobe that meet my taste and standard, is something money can’t buy… something that invigoratingly boosts my ego and affirms my self-esteem. And doesn’t it feel good when you come home to a welcoming ambiance? What a sight of relief,” he explained.

Achieving such a relieving break and experiencing a stimulating atmosphere proffer an immense respite with unrestricted choices of leisure and pleasure.

Incidentally, as if his already crowded calendar wasn’t enough to pin him down, Dr. Aromin holds the New York franchise of Manila-based Miss Republic of the Philippines-International beauty pageant.

Dr. Aromin’s arduous day-by-day cycle is somewhat a regular grind. He normally wakes up at 5:00 in the morning, review cases while sipping coffee or having a quick breakfast of cereal or sandwich.

“Choosing my outfit for the day takes a longer time than being under the shower unless I’ve picked the perfect pair the night before,” the fashion-conscious doctor volunteered to divulge. “By 8:30 a.m. I have to be at work until 6 or 6:30 depending on the volume of case studies. But I have the flexibility of my time… at least I have to clock-in 40 hours in a week,” he shared.

To keep his body toned and in good physical shape: “I go to the gym at least 2 to 3 times a week and on weekends me and my partner (civilly united in 1995 and officially married in 2009) drive off to Atlantic City for a much-deserved respite in our modest abode along the boardwalk.

Because he is basically patient and uncomplaining, Doc Rom, in his innate capacity to control his emotion, opts to wear his heart in his sleeves. Transparent with reasonable blatancy, he openly admits that he cannot hide an elephant into a mousetrap (that pertinent issues cannot be concealed but have to be dealt with) or better yet, let sleeping dogs lie and just remain cool as a cucumber if and when the situation couldn’t be controlled.

The unassuming doctor speaks with much eloquence with sanitized language but could be unpredictably boisterous and factitiously “out-of-the-shell” when the situation calls for such… particularly during occasions when associates outside of his workplace indulge in a hair-down jollity.

“It takes extra effort to be passively aggressive in dealing with any conflict that may inevitably bring about criticisms from among people in the workplace and within one’s core group. It isn’t a dastard act to evade scandalous situations or regrettable circumstances because at the end of the day, most of my 28 years of working experience had strongly developed my sense of empathy and I learned to value human relationships,” he said.

His advocacy: “In the most recent years, I earnestly support the Human Rights Campaign (HRC) for I intently believe in every person’s right and privilege to fully enjoy living in a society with fair treatment… and I assiduously promote the eradication of addiction and depression by training more people to combat drug addiction. I love my profession so much that through its course I try to validate human suffering for those being depressed and addicts drug free.”