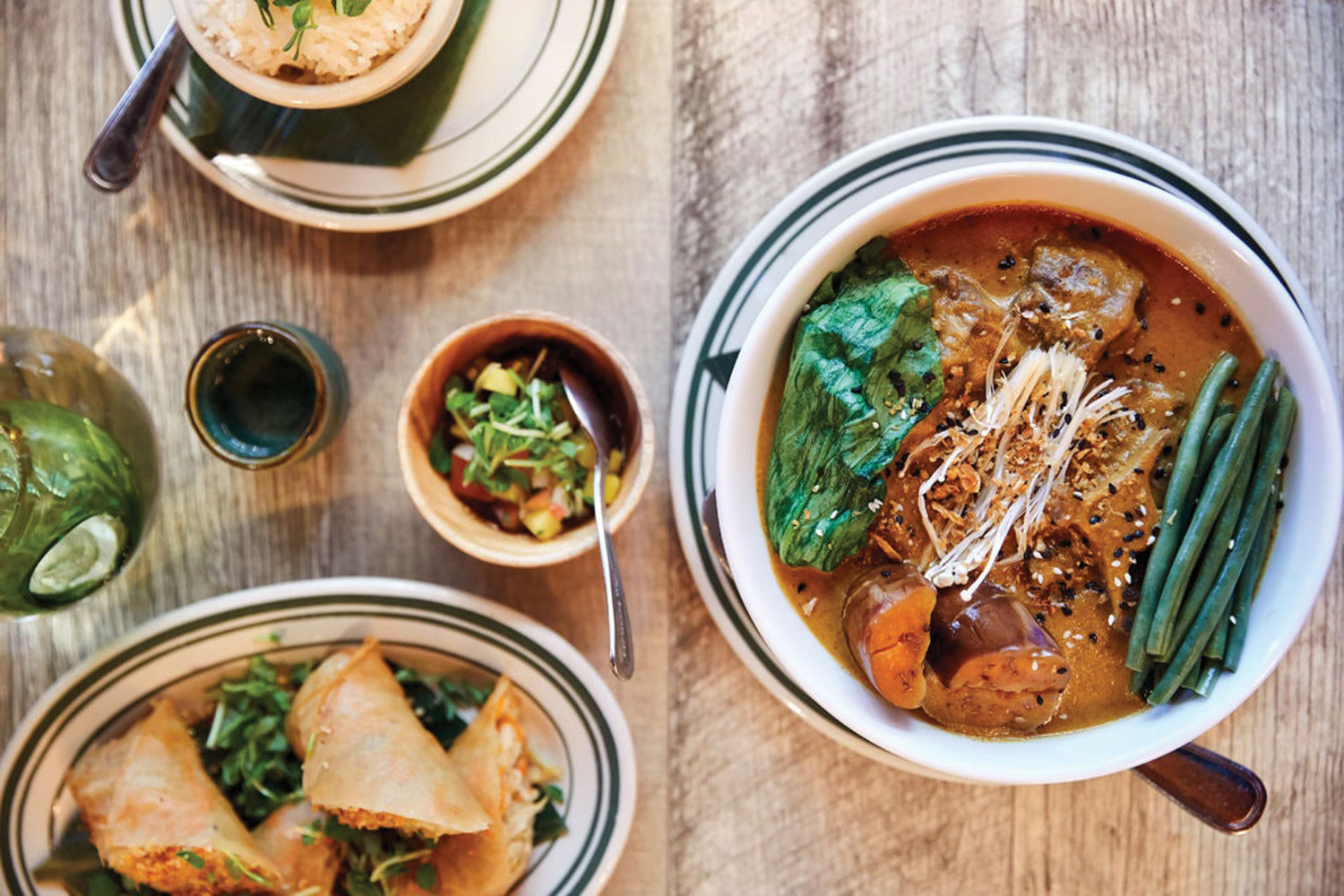 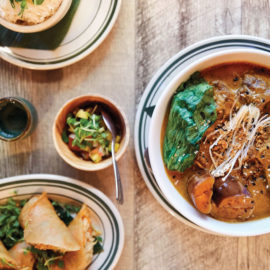 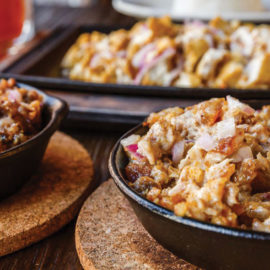 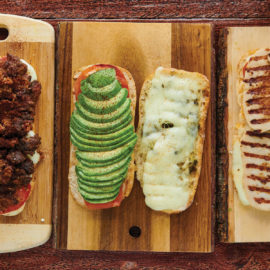 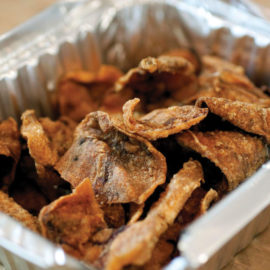 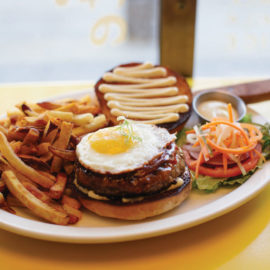 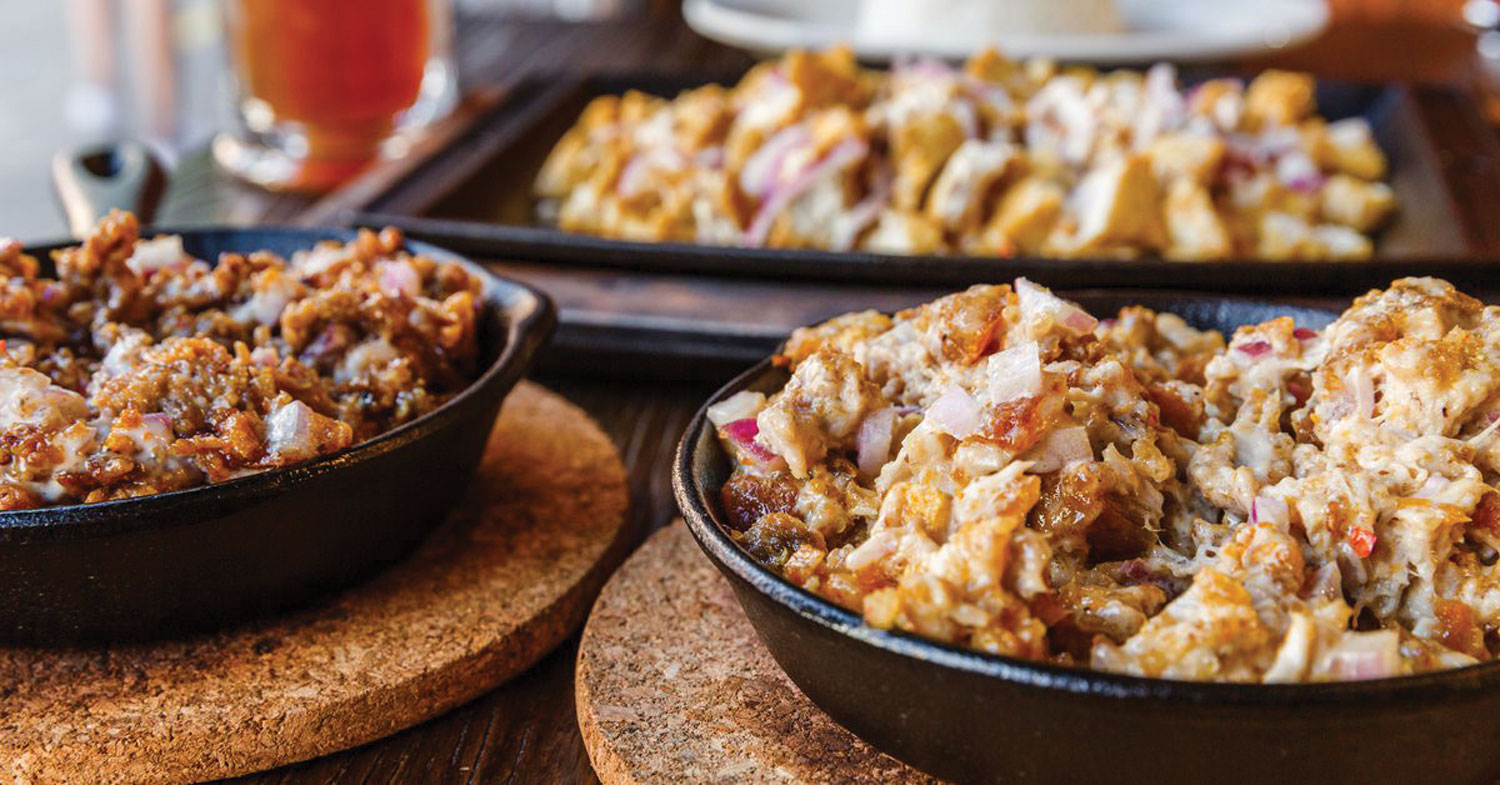 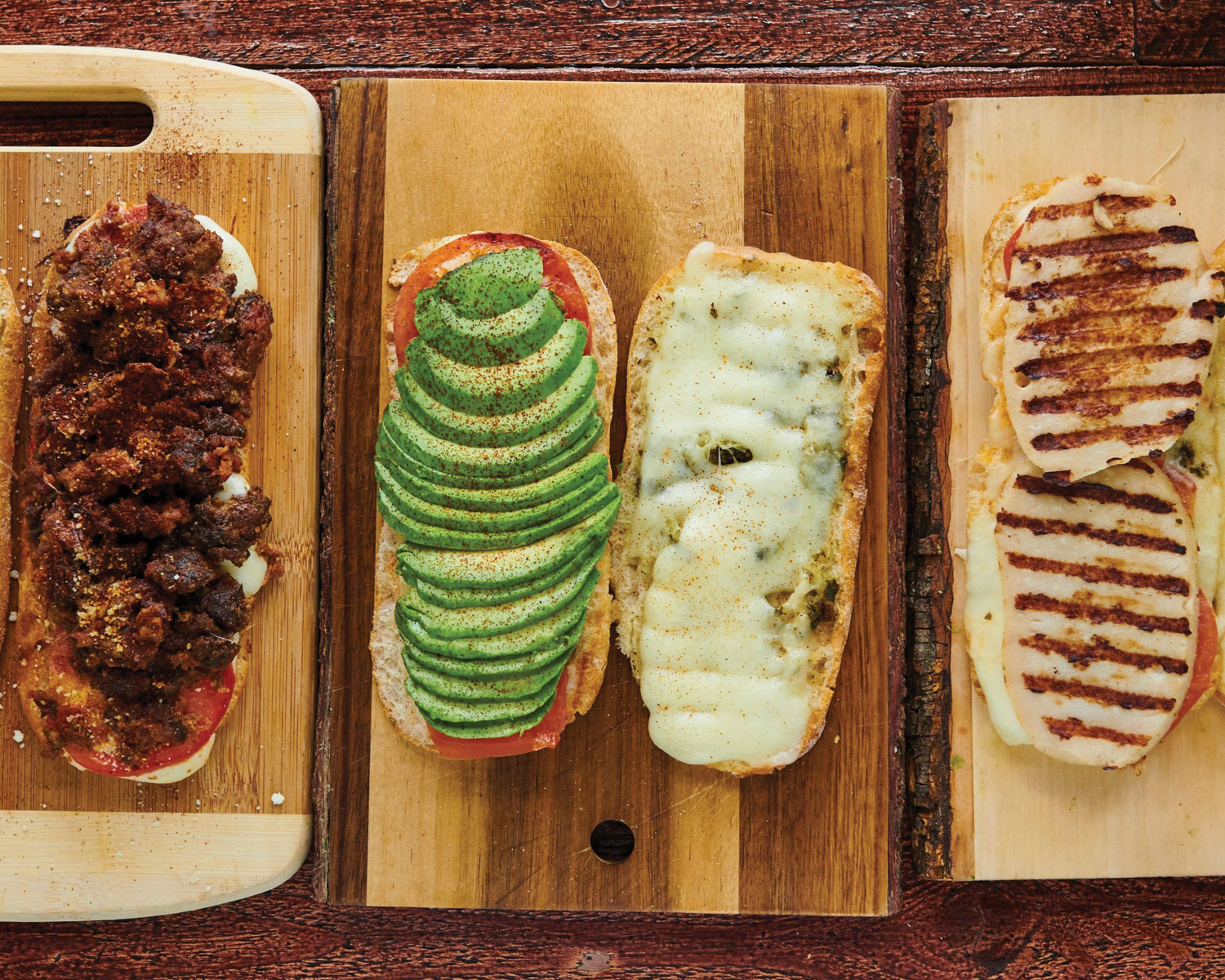 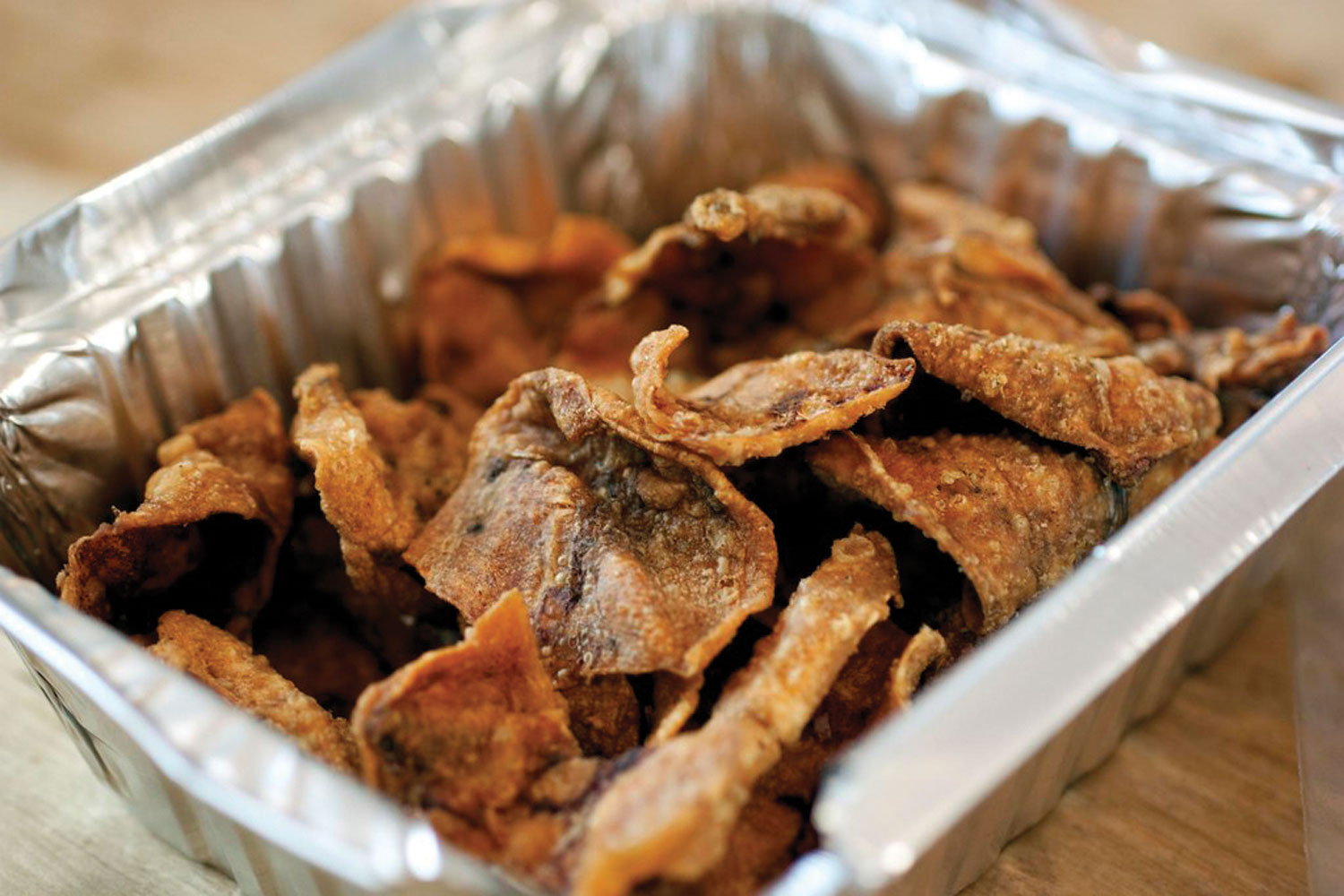 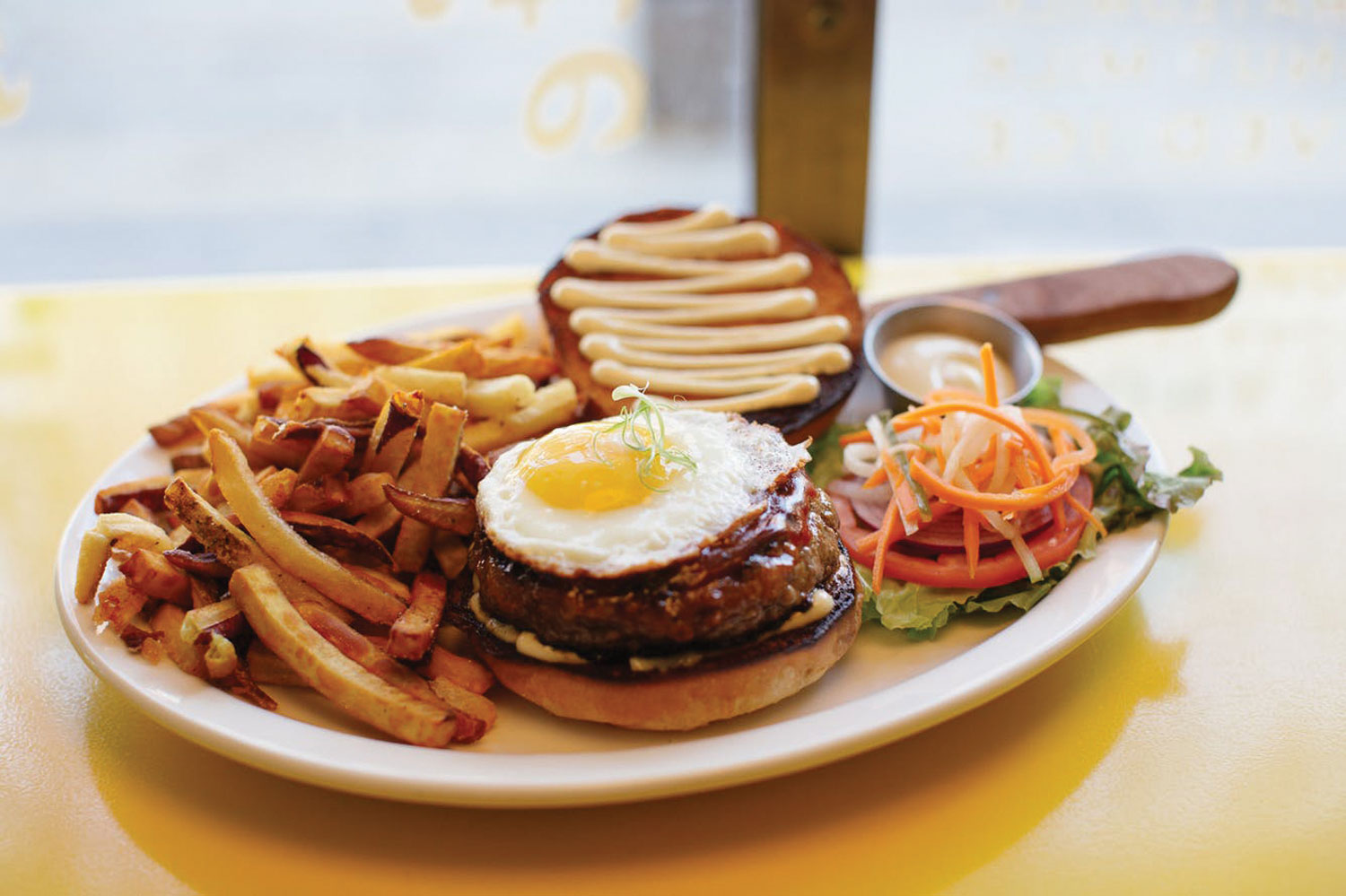 NEW YORK CITY  is no stranger to Filipino cuisine, thanks to a strong presence of Filipino communities in Queens and Jersey City. Small family-run restaurants serving up traditional dishes, bakeries with ube-filled pastries, and the existence of a Jollibee are not out of the norm in these areas. However, this hasn’t been the case in Manhattan – perhaps until recently.

Last year, the New York Times ran a story called Filipino Food Finds a Place in the American Mainstream, a positive sign that cultural representation of the second-largest Asian ethic group in the US (second to Chinese) has been starting to become more visible. Despite Filipinos composing approximately a fifth of all Asian-Americans, a Filipino restaurant can still be difficult to come by in comparison to finding Chinese, Japanese, or Korean restaurants.

It’s a well-known and difficult reality that many new restaurants fail in their first year of operating. Even well-established New York City restaurants are forced to close their kitchens after multi-year runs. With the increasing cost of food, labor, and rent, it takes more than just a strong customer base and wide-enough margins to make a restaurant successful. Layer these factors on top of the intense competition and challenging regulations, and the chances of success are even slimmer.

However, resilience is a common trait for Filipinos both in their values and in the Philippines’ history, and that resilience is no different for these new Filipino establishments. Although there certainly aren’t Filipino restaurants on every block like you might see with Chinese restaurants, there has been a recent uptick in Filipino establishments within Manhattan’s competitive restaurant scene, specifically in the East Village and Lower East Side neighborhoods.

The rise of Filipino food in lower Manhattan can be attributed to a variety of factors. For one, Filipino cuisine is very dynamic – satisfying in its traditional form but also easily reimagined with a modern fusion twist. With this, the cuisine’s malleability can provide good value along a range of price points. Additionally, in a world where social media is very influential, Filipino food is said to be photogenic – from the rich purple hues of ube to over-the-top kamayan spreads. Filipino communities are increasingly using digital platforms such as Instagram, podcasts, and online magazines to give visibility to Filipino culture and enhance support for Filipino-owned businesses. Digital content is often powered by proud Filipino locals who are passionate about sharing their favorite comfort dishes by spreading the word.

Amy Besa and Romy Dorotan opened Cendrillon back in 1995, which claimed its stake as one of the very first Filipino restaurants in Manhattan. Even though the restaurant closed its doors in SoHo after 13 years, Besa and Dorotan remained resilient in their passion for bringing Filipino food to New York’s masses and opened Purple Yam in Ditmas Park (which is still bustling with business today – we’ll feature Brooklyn’s Filipino restaurants in a separate article). However, Nicole Ponseca is often credited for pioneering the major Filipino food movement in Manhattan with the opening Maharlika and Jeepney in 2012, creating a well-received culinary experience for Filipinos missing home and curious non-Filipinos alike. Since the opening of Maharlika and Jeepney in the East Village, many other establishments have followed suit around the area, contributing to the prevalence of Filipino food. Beyond restaurants, other types of Filipino establishments such as cafes, dessert shops, and even small supermarkets have claimed their space in the lower Manhattan food scene, increasing the visibility and popularity of Filipino cuisine.

If you’re ever in the East Village or Lower East Side, below are some Filipino establishments that you should definitely try, if you haven’t already. Kain na tayo!

Grill 21 has all of your classic Filipino favorites, and more. The restaurant offers everything from silogs, different types of pancit, and a variety of dishes highlighting every type of protein. Order the sago gulaman to accompany your savory meal. The restaurant can only fit around 20 people at most, so be sure to call ahead of time to reserve a table if you plan on going on a Friday or Saturday night.

Mama Fina’s is also very traditional in its offerings, boasting a robust menu of classic dishes and of course its signature sizzling sisig. Most of Mama Fina’s patrons are Filipino, and the walls are adorned with big wooden forks and spoons – reminiscent of your grandparents’ dining room. The atmosphere is bustling and busy but can accommodate large parties if you call ahead of time. Make sure you save room for dessert and order the turon (both the banana and yam versions) along with the halo halo.

1st Avenue in the East Village is lined with restaurants one after another, but you can’t miss Jeepney’s big yellow sign. The restaurant is characterized as a “Filipino Gastropub” and has an assortment of snacks (if you’re craving chicharon bulaklak), small plates, entrees, and tiki cocktails. Jeepney also serves an award-winning “chori” burger consisting of an 8-ounce sirloin beef and longanisa patty, spicy banana ketchup, brioche bread, atchara pickles, and hand-cut kamote fries. Jeepney also has a nice outdoor area in the back to enjoy your meal during the warmer months.

Ugly Kitchen may not seem like a Filipino restaurant when you pass by it, since it has a bar scene on weekends. However, Ugly Kitchen has a sizable menu of sometimes hard to find dishes such as lechon kawali and crispy pata, amongst other meat-heavy entrees. The restaurant is definitely loud and lively with late hours and DJs on the weekend, but if you don’t mind the music, it’s a great place to dine with friends before a night out.

Maharlika is the sister restaurant of Jeepney and offers a slightly more traditional menu – to the point where you can actually get balut if you’re up for it. If you’re craving something with Filipino flavors but not necessarily a Filipino dish, order the chicken and ube waffle, topped with anchovy-bagoong butter and caramelized macapuno syrup. Maharlika also offers a creative cocktail menu, as well as non-alcoholic Filipino-inspired beverages.

Tsismis, the newest Filipino restaurant in the area, just opened this year. Showcasing an eclectic wine and cocktail menu alongside Filipino dishes with a Mexican twist, Tsismis is an example of a dynamic Filipino restaurant that’s rapidly garnering attention. Recently featured in the New York Times, Tsismis has also been written about by Eater, The Infatuation, and Time Out. The restaurant also promotes the use of local ingredients – a feat that is difficult for Filipino cuisine made in New York.

Pig and Khao is more of a Southeast Asian fusion restaurant, but with a particularly heavy Filipino influence. The atmosphere is young, trendy, and bustling (in true Lower East Side form) – perfect for a weekend dinner with friends before hitting the bars. Additionally, Pig and Khao has a $55 five-course tasting menu on weekdays, which will give you a full sampling of the different cuisines the restaurant has to offer.

The name “Kuma Inn” is a play on the word “kumain” (Tagalog for “to eat”) and offers a variety of meat, seafood, and vegetable dishes. The menu is Filipino-Thai fusion and everything is served tapas-style. If you usually have a difficult time deciding what to order, or you’re not a particularly heavy eater, Kuma Inn’s small plate format is ideal. The restaurant itself is cozy, and a good option you’re looking for a low-key atmosphere.

Kabisera has an unassuming storefront, but inside, the establishment offers breakfast and lunch items alongside Filipino-inspired cafe drinks (such as the matcha ube latte) and an assortment of Filipino baked goods (the line-up changes each day, but think along the lines of ensaymada, hopia, and ube pandesal). There are quite a few tables next to outlets if you want to bring your laptop and spend hours being productive with easy access to Filipino treats and really good coffee. Order the longanisa quesadilla if you’re craving a particularly flavorful meal, or the purple rice bowl if you’re leaning towards the healthy side.

Right next-door to Kaibsera is Angela’s Desserts, which specializes in Filipino-inspired ice cream. Here’s where you’ll find flavors such as ube, pandan, calamansi, macapuno, and jackfruit. Angela’s also offers pre-packaged desserts for you to take home (such as buko pandan), and also serves warm taho during the colder months if you’re not in the mood for ice cream.

Looking to make your own Filipino meal at home? Johnny Air Mart is a small supermarket in the East Village that’s easy to miss if you’re not looking for it. Stocked with packaged snacks, noodles, seasonings, and other goods, Johnny Air Mart is your best bet if you’re looking for ingredients specifically from the Philippines. They also offer frozen versions of your favorite dishes if you haven’t quite perfected your parents’ recipes. In addition, Johnny Air Mart carries pandesal, puto, suman, and jeprox (amongst many other items).

Marissa Guiang resides in New York City, where she works in the financial services industry. As a freelance journalist on the side, she enjoys writing about business, food, and culture. Marissa graduated from Cornell University with a major in Hotel Administration and she is also Level 1 certified by the Court of Master Sommeliers. In her spare time, Marissa enjoys running and is training for her fourth marathon as an active member of Adidas Runners NYC. You can find her on Instagram at @theguiangster.