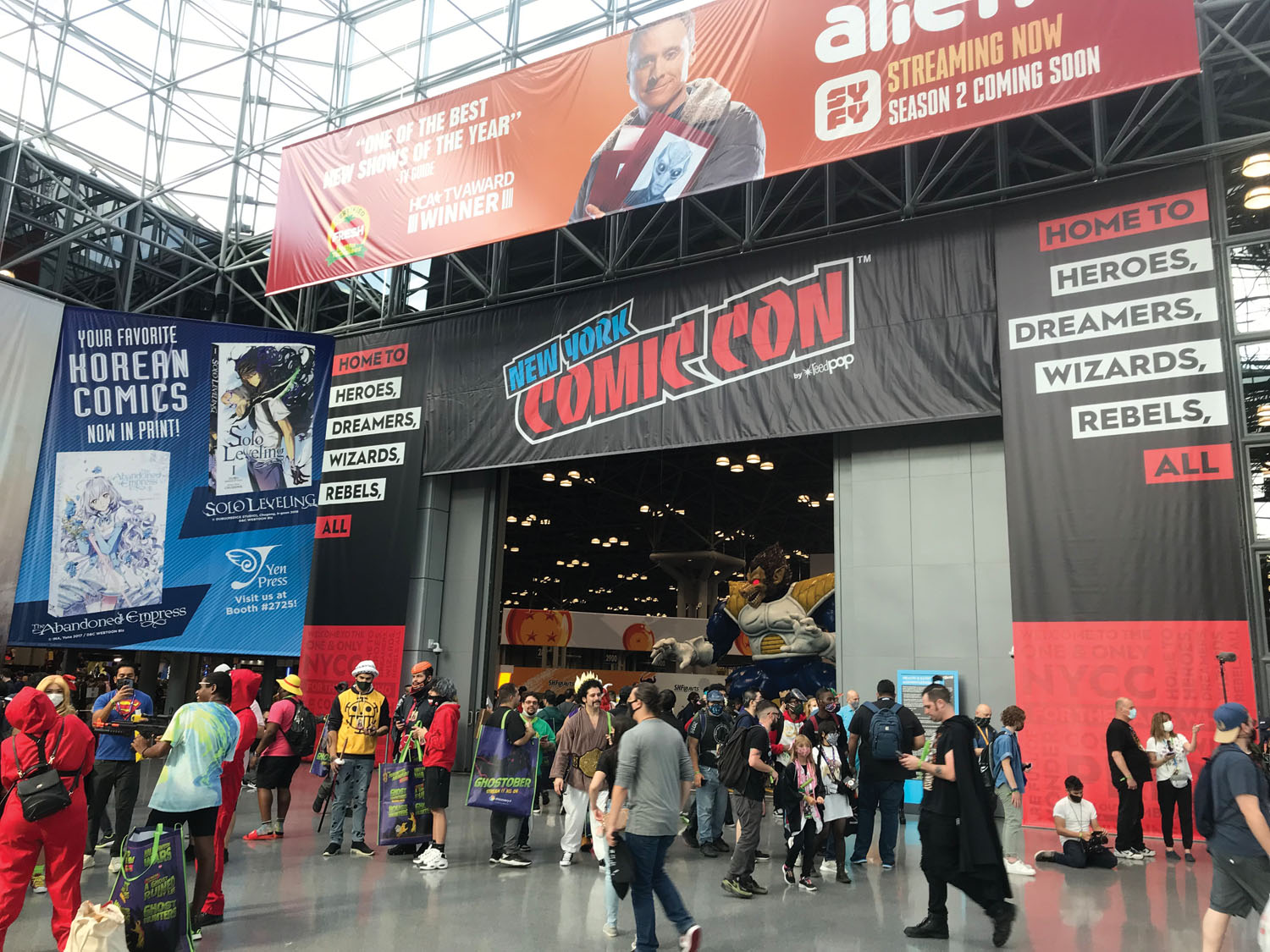 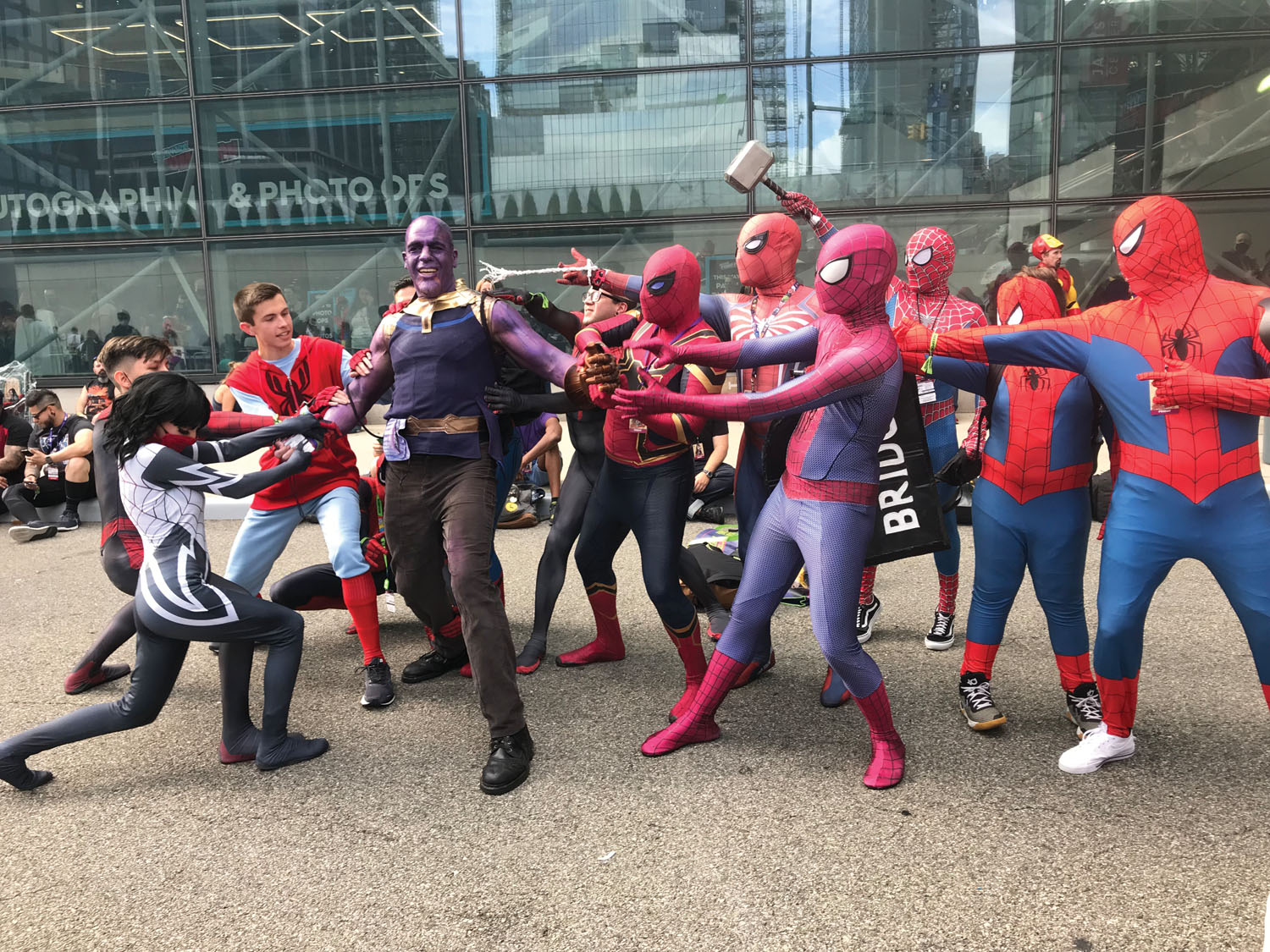 Thanos played around with a bevy of Spidermen at the New York Comic Con | AJPress photo by Momar G. Visaya 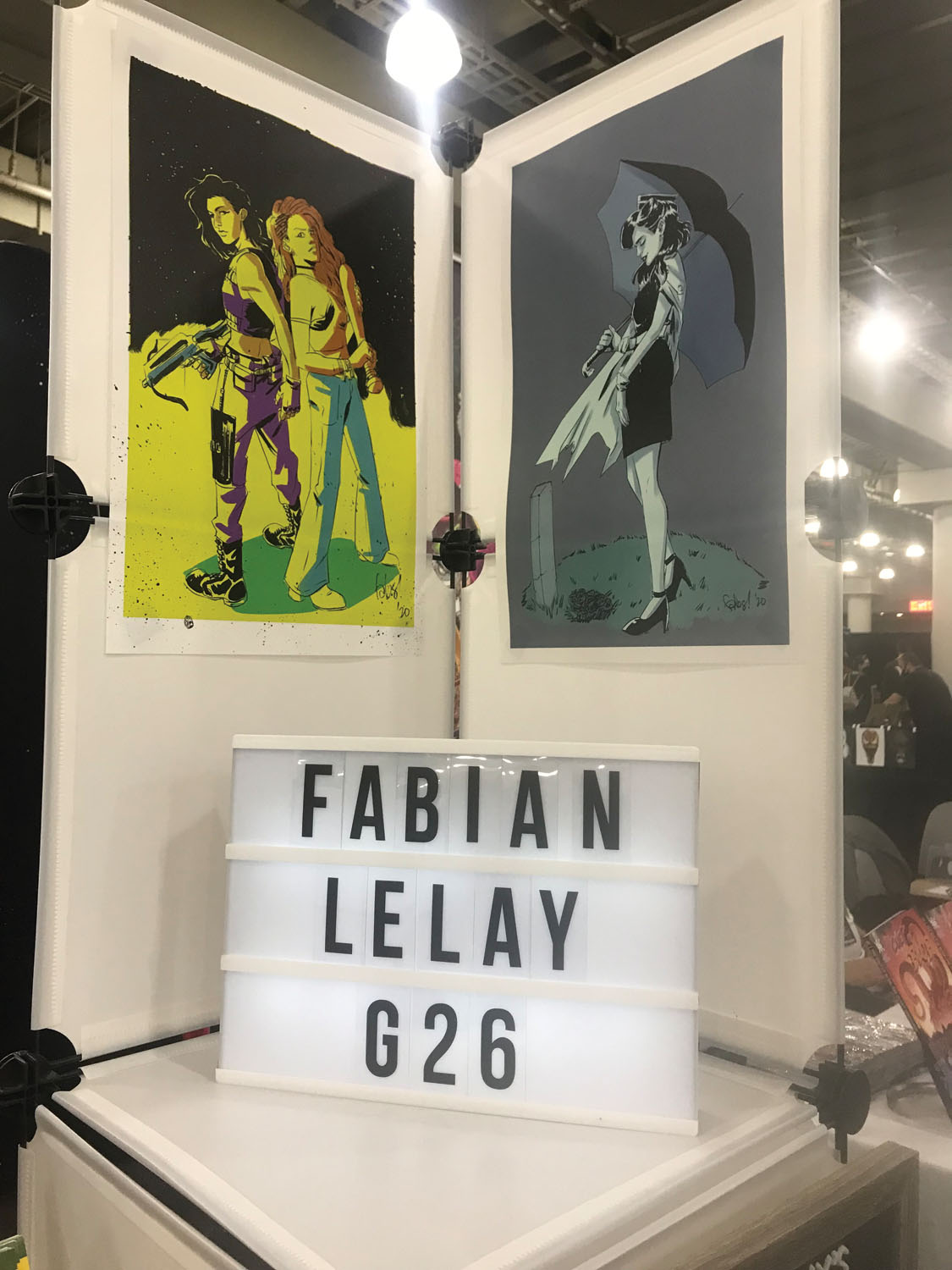 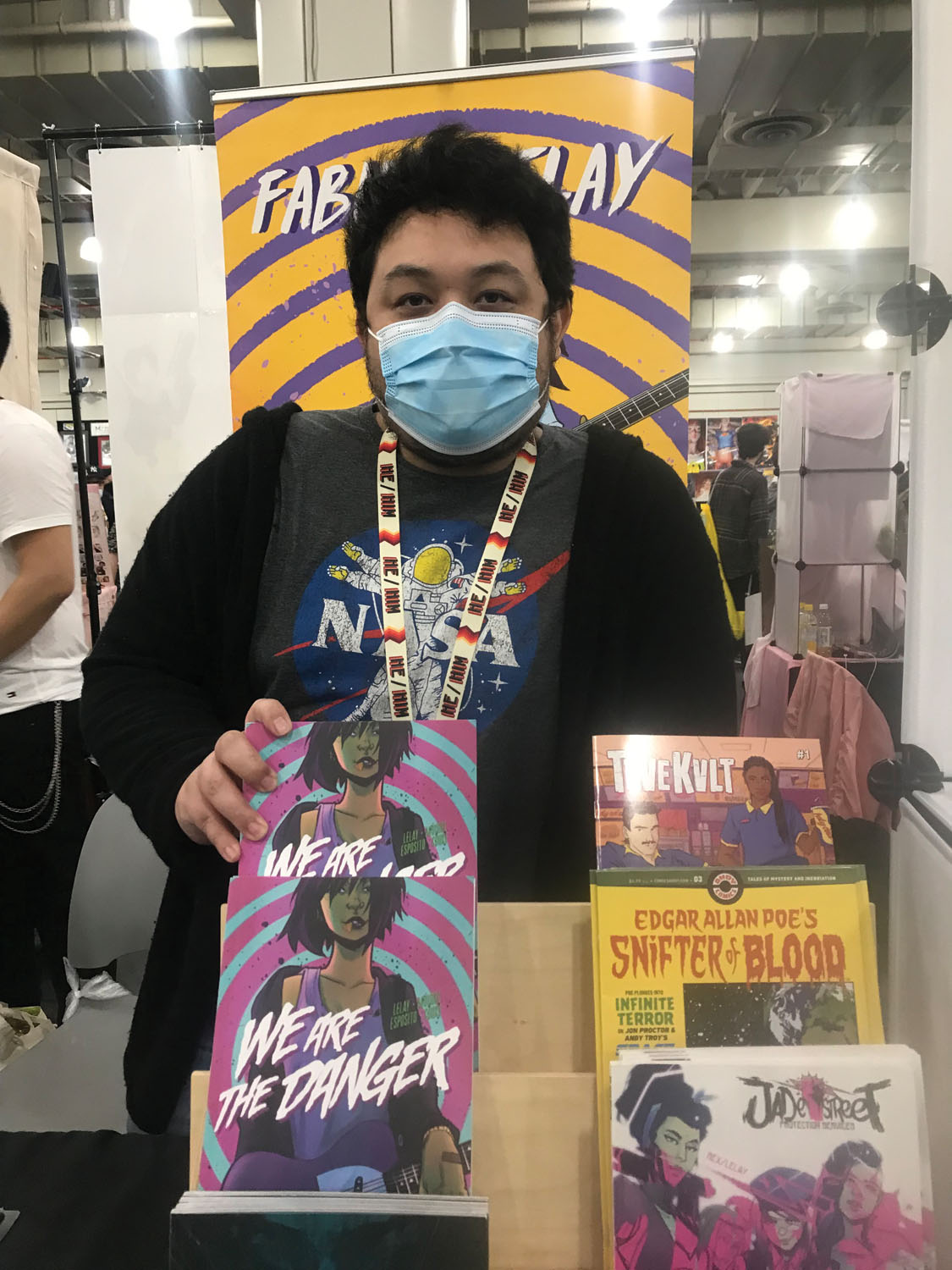 Fabian Lelay is the brains behind “We Are the Danger,” which is about a young Filipina American immigrant navigating adolescence who meets new friends and as their friendship progressed, they decided to form a band. | AJPress photo by Momar G. Visaya 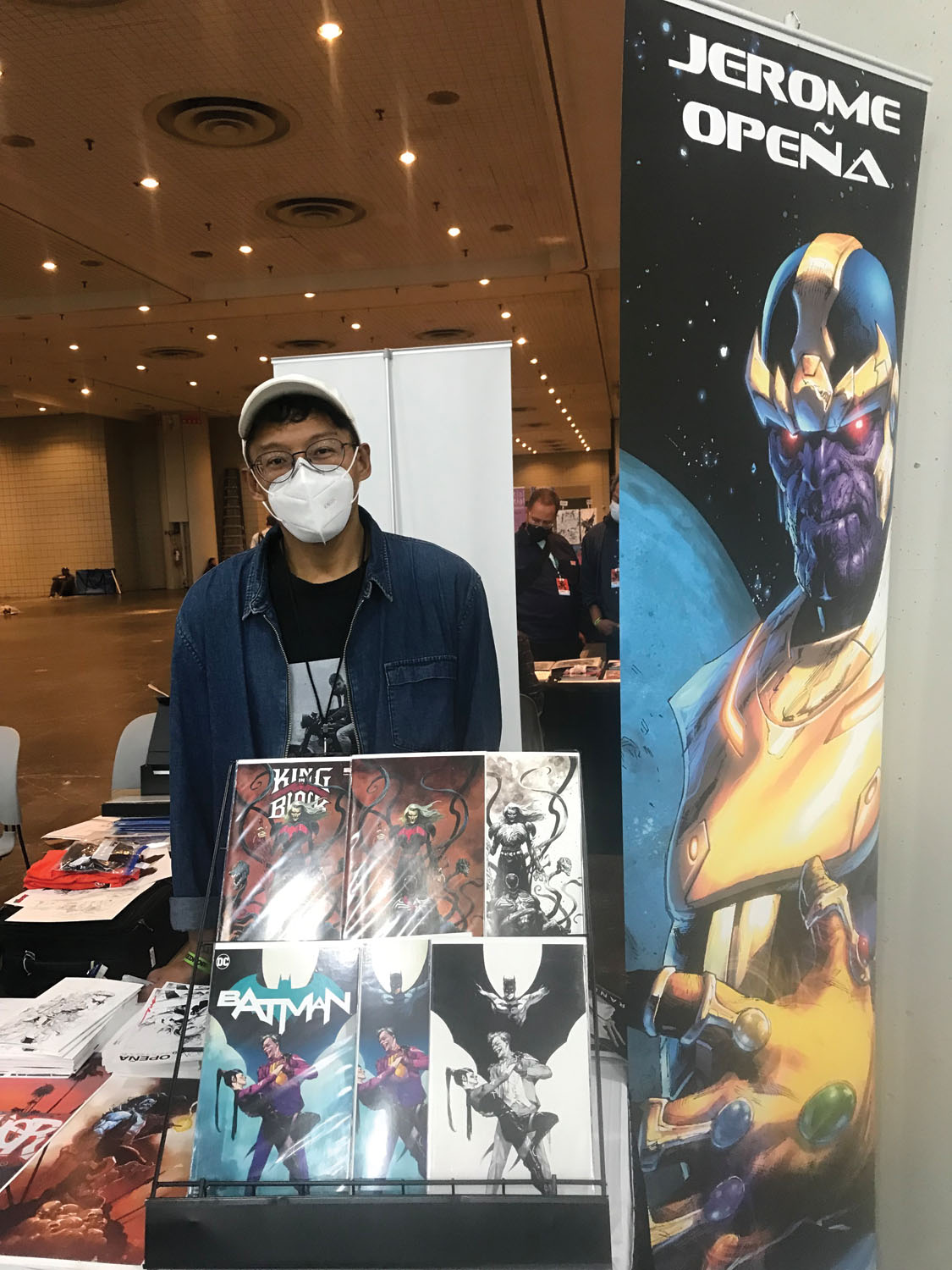 Jerome Opena on the best part about his job: "I get to draw, you know, I know a lot of people who have jobs that are way more physically taxing than I do, so I feel very fortunate that what I get to do for a living is sit down and draw." | AJPress photo by Momar G. Visaya 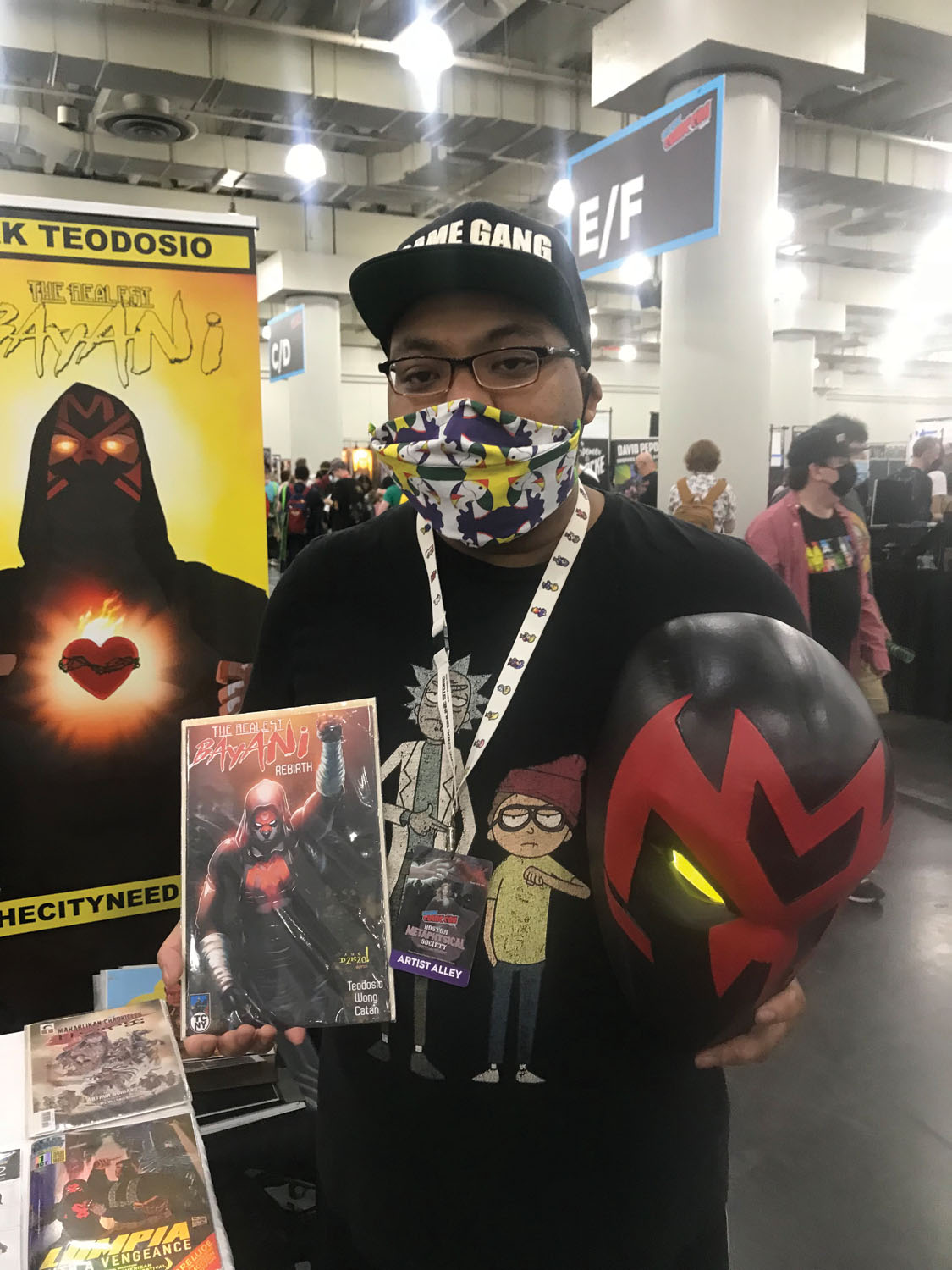 TCNY (The City Needs You) publishes The Realest Bayani comics which tackles the story of a Filipino action hero. | AJPress photo by Momar G. Visaya 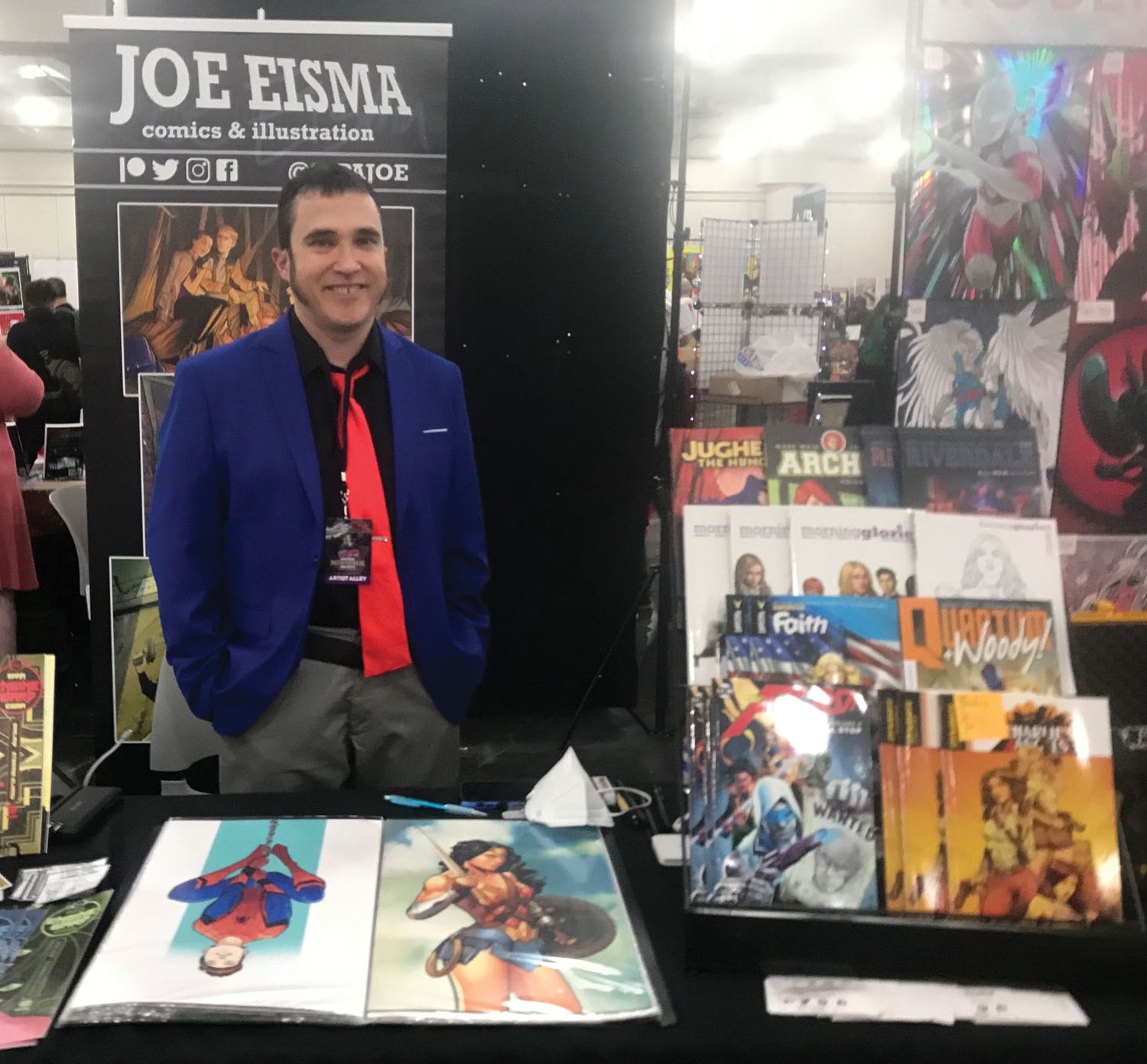 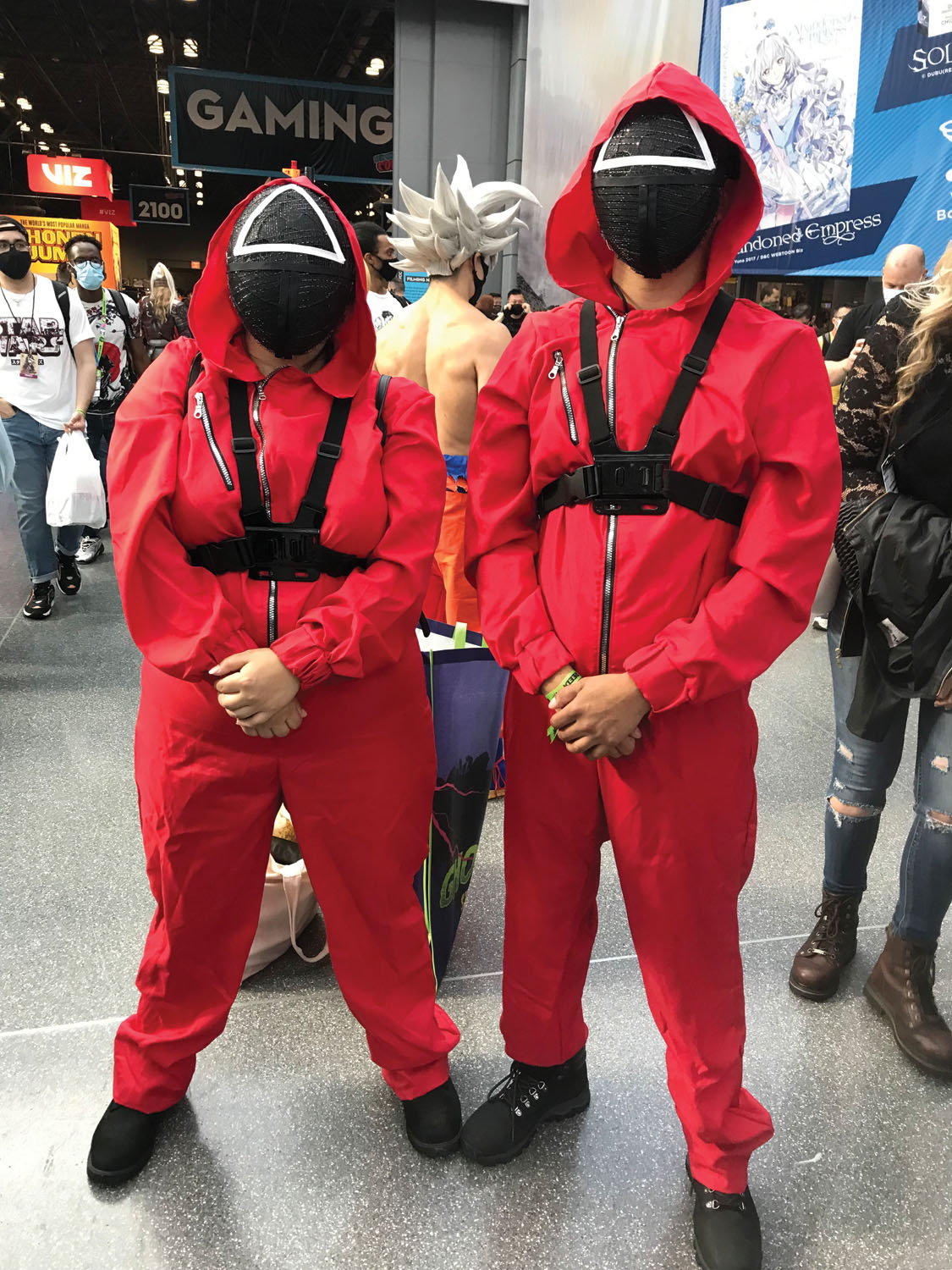 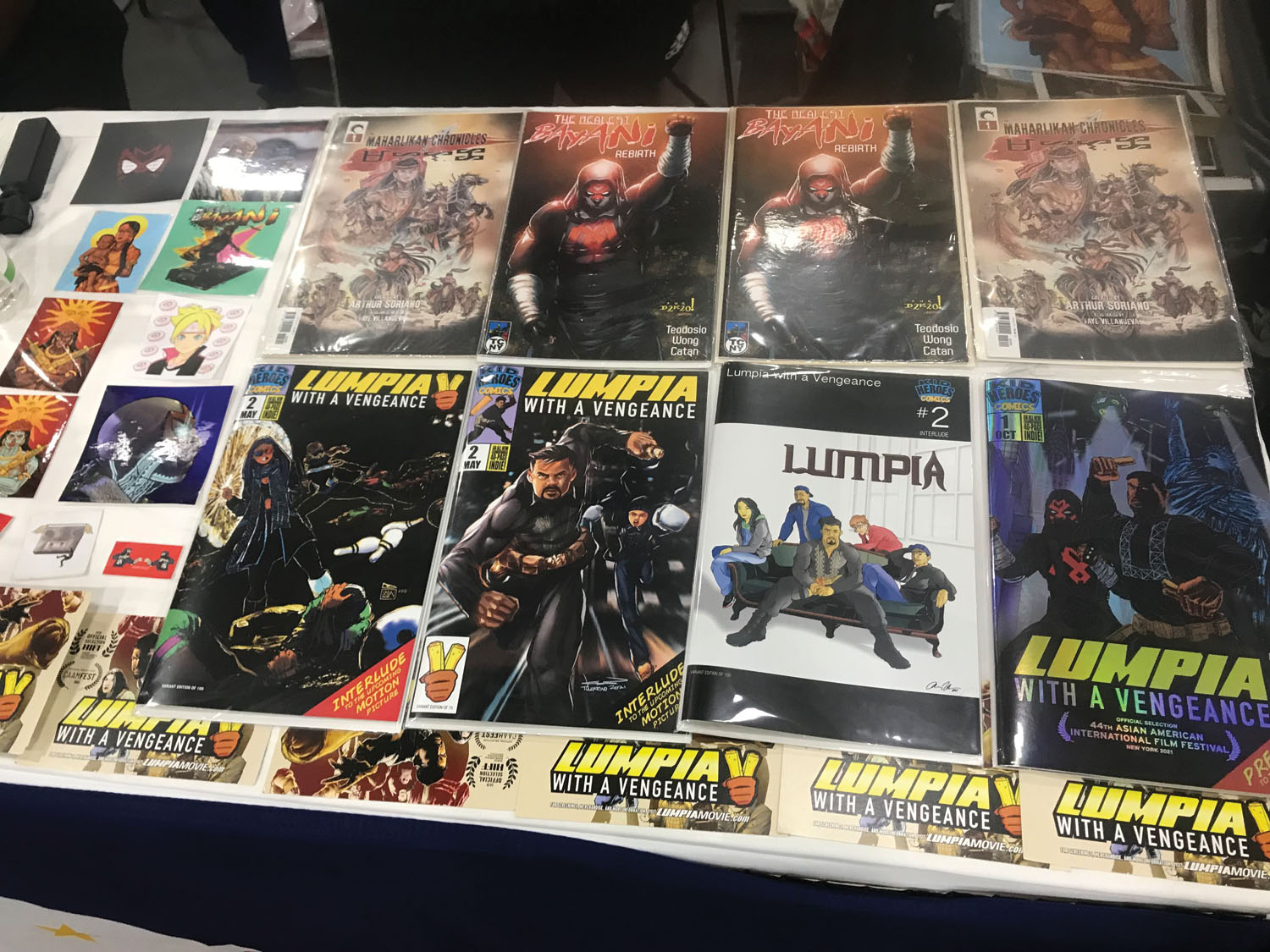 Thousands of fans made a beeline to the convention center to attend the four-day extravaganza for fans of pop culture. Event organizers made sure health and safety protocols were followed.

Outside the Hudson Yards subway exit, tables were set up on a vacant lot where attendees had to show proof of vaccination and were issued wrist bands that would allow them to enter the building. They were also asked to wear masks at all times.

According to a Bloomberg report, New York Comic Con is now the largest pop culture event in the country, having eclipsed San Diego’s. It has in the past generated more than $100 million in economic activity.

Comic Con attracted around 275,000 people in 2019. According to ReedPop, the show’s producer, the total number this year was capped at about 150,000 attendees including celebrity guests, exhibitors, and staff.

Fans go to the show for plenty of reasons, among them catching sneak peeks of their favorite shows, watching panel discussions led by cast and creatives of various projects, hopping between exhibitors’ booths, and enjoying the cosplay of attendees. Others opt for meeting celebrities and getting their autographs or purchasing books, artwork, memorabilia, and collectibles.

Another big come-on for many is the Artist Alley, where hundreds of artists from around the world set up booths to sell their works or do commission pieces.

This year, a handful of Filipino American comic book artists and illustrators made it to the NYC Comic Con’s Artist Alley.

a returning comic con regular, Jerome Opena is happy to just be back. He first exhibited in 2013. He brought some original art some pages and comic book pages and some prints, along with some sketchbooks and some comics with special variant covers that he did.

Opena gained fame in the industry through his Uncanny X-Force comic book series published by Marvel Comics which was created by writer Rick Remender. They collaborated as well in Seven to Eternity.

For the youngsters, Opena offers a piece of advice: focus on the storytelling part.

“One thing that I’ve learned through the years is if you want to do comic books, doing like a cool drawing of a superhero is always good. But if you want to do comics as an art form, practice your visual storytelling,” he shared. “That’s the most important and the hardest thing to do. I don’t consider myself having mastered it. There are some artists like Alex Toth, he was a master visual storyteller.”

The Brooklyn-based artist was born in the Philippines, raised in Taiwan and San Francisco, graduating from the Academy of Art in San Francisco where he studied illustration and animation. He said he knew at a young age that this was something he wanted to do and that he and his brothers enjoyed their time drawing together.

Fabian Lelay draws and writes comics and has been going to the comic con since 2011. Last year, he released “We Are the Danger,” which is about a young Filipina American immigrant navigating the high school world who meets a new friend, and as their friendship progressed, they decided to form a band.

“They’re into music, you know us Filipinos, we love music. Yeah, so they join a Battle of the Bands and they try to win it,” Lelay told the Asian Journal.

Lelay took up fashion design at the College of St. Benilde in Manila but he didn’t finish because he returned back to the States to try his hand in other things so, in 2015, he decided to venture into comics. He got his big break the following year.

“The beautiful thing that the pandemic did was probably open up the floodgates for people to just like contact me and see, like, ‘Hey, do you want to do this?’ and it’s enabling me to jump into this like more full time.” he shared.

His advice to young students who are considering a career in the comics industry?

He believes that even if such a story is not going to be well known, as long as it is good and interesting, there will always be certain people who will enjoy it. Lelay said that observation was based on his own experience.

“I think the biggest thing that I have taken away from doing comics is back in 2016, another Filipino immigrant who just moved here to New York read my book and came up to me and said, I’ve never seen myself represented in a book, and I’m really glad that you did. It’s very beautiful to be told that because I felt exactly the same way. That’s why I made it,” he shared.

Lelay feels lucky that he has the support of his dad from the get-go, albeit with reservations.

“He’s very supportive but also you know, like Pinoy parents, they’re very wary of the stability of it, and I understand where they’re coming from, especially with how things are right now. But you know, with a lot of hard work, elbow grease and just being good friends with other people, you can thrive if you try hard enough,” he said.

“Yeah, it’s really surreal. It almost feels like catharsis, in a way, it’s nice to see people interact again and to see friends again,” he shared. “It’s a little nerve-wracking in some respects because you know you’re with a whole lot of people, after being isolated for so long, but I’m enjoying it.”

He talked about his dad, a doctor from the Philippines who originally hails from Jolo, Sulu who graduated from the University of Santo Tomas. After immigrating to America and initially practicing medicine in upstate New York, he moved to a small town north of Waco, Texas, and began a family there.

“My dad was a voracious reader and he loved going to bookstores and he would bring me with him. And one of the bookstores he took me to carries comics, and so he’d be off looking at books and I started reading the comics and I just loved it,” he shared.

As he fell in love with the medium, he began to draw in school, and as a young kid, becoming a comic book illustrator and writer became his dream job. The self-taught artist took up film in college and as an adult, he tried other things and worked in television news production for a while but he wasn’t feeling it so he went back to drawing and ended up rediscovering his love for it.

“I just want to do work that I love. And be on a schedule that allows me to have fun in life, like to do stuff with my kids and to travel, and to be able to do fulfilling work,” he said. n