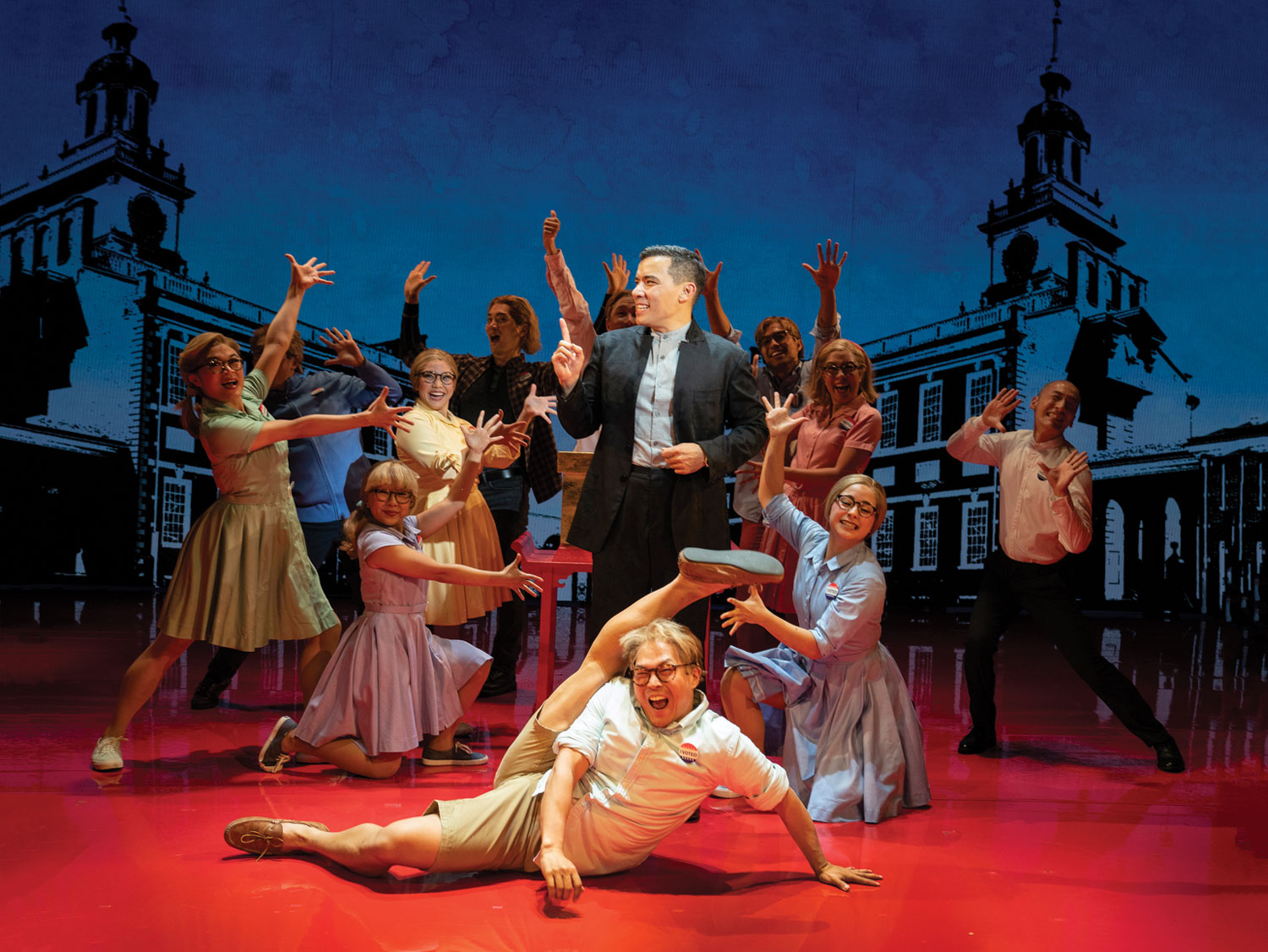 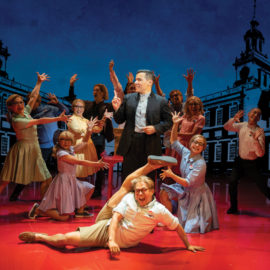 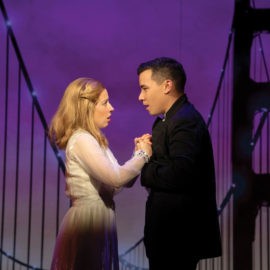 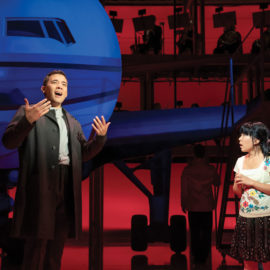 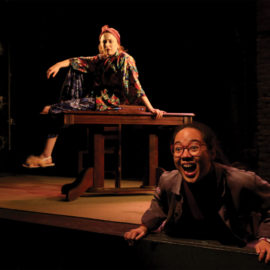 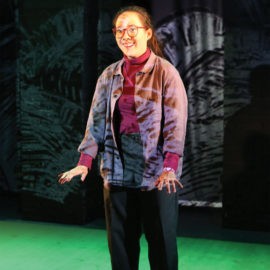 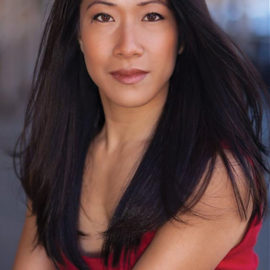 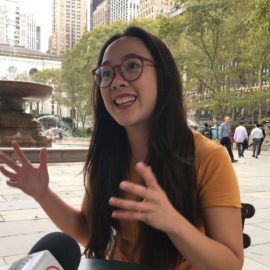 Conrad Ricamora and the company of Soft Power, with play and lyrics by David Henry Hwang, music and additional lyrics by Jeanine Tesori, choreography by Sam Pinkleton, and direction by Leigh Silverman, running at The Public Theater. | Photo by Joan Marcus 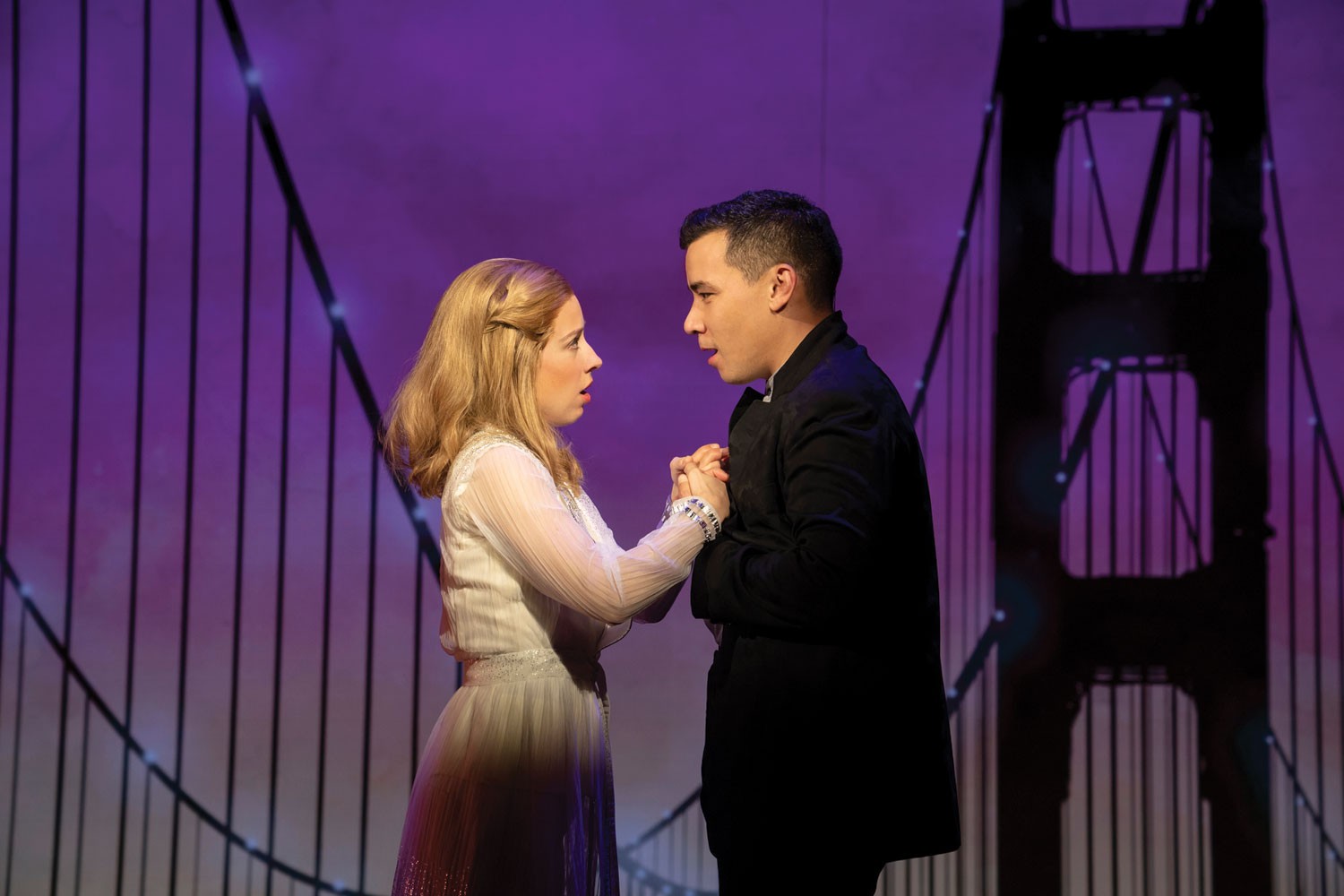 Alyse Alan Louis and Conrad Ricamora in Soft Power, with play and lyrics by David Henry Hwang, music and additional lyrics by Jeanine Tesori, choreography by Sam Pinkleton, and direction by Leigh Silverman, running at The Public Theater. | Photo by Joan Marcus 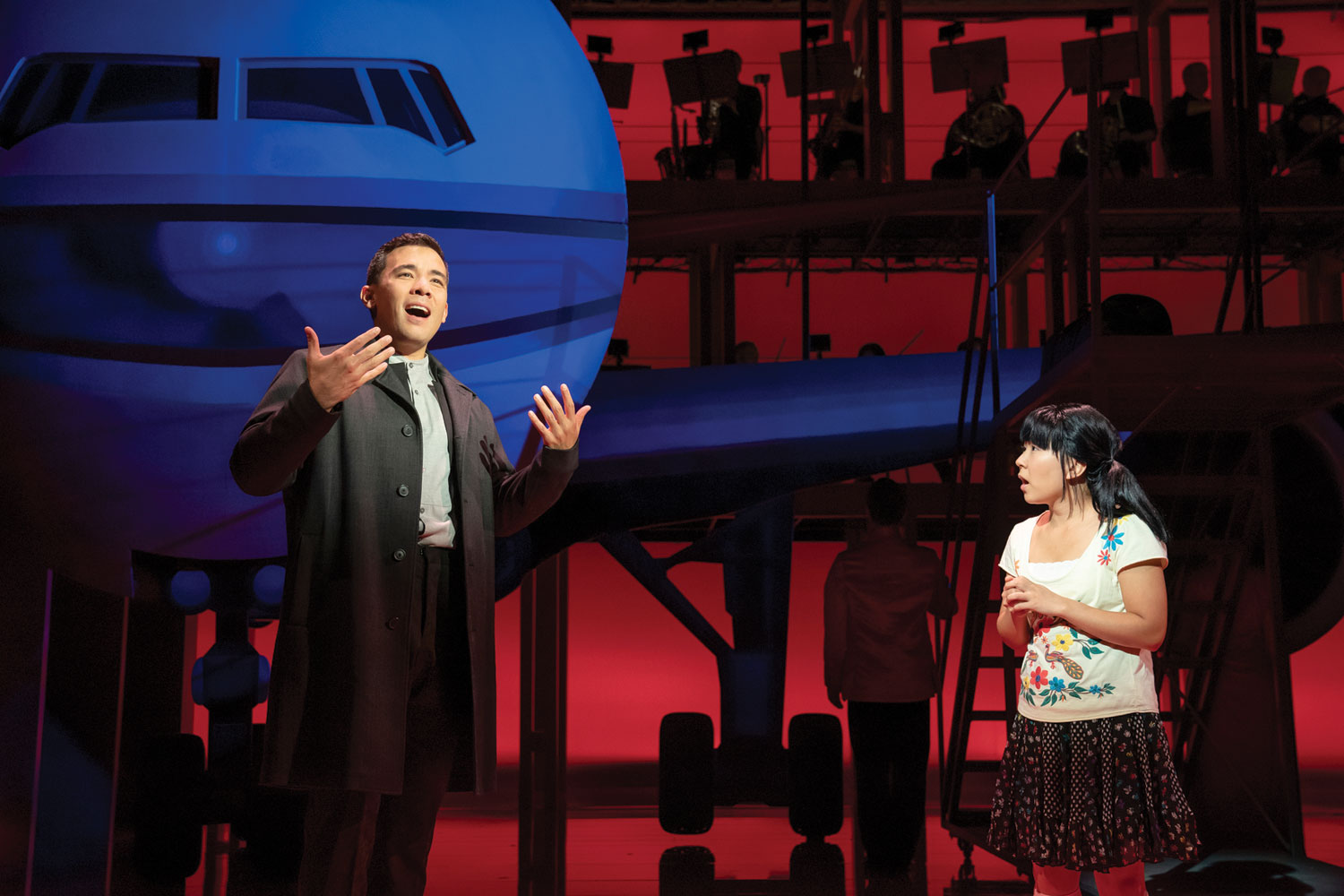 Conrad Ricamora and Kendyl Ito in Soft Power, with play and lyrics by David Henry Hwang, music and additional lyrics by Jeanine Tesori, choreography by Sam Pinkleton, and direction by Leigh Silverman, running at The Public Theater. | Photo by Joan Marcus 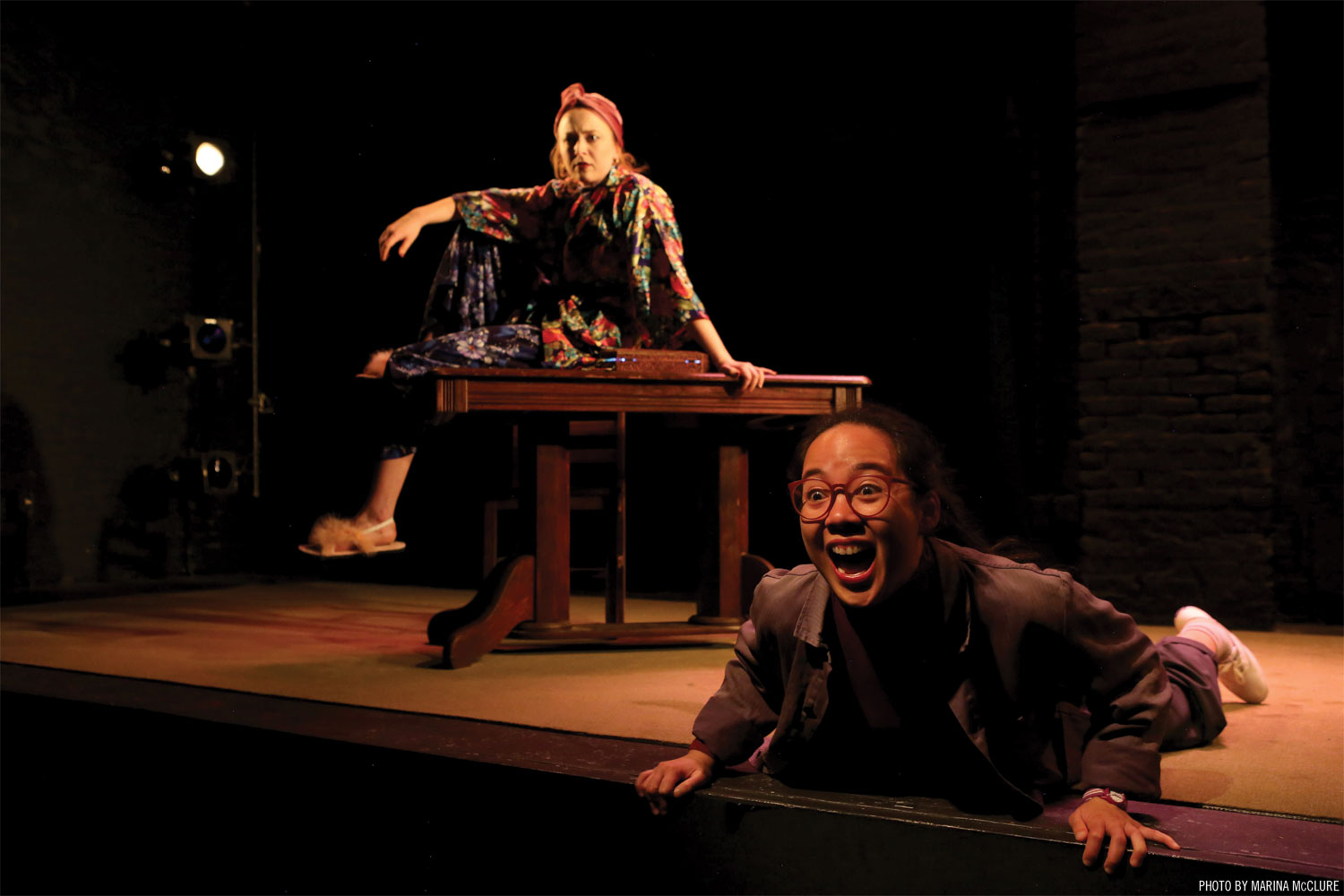 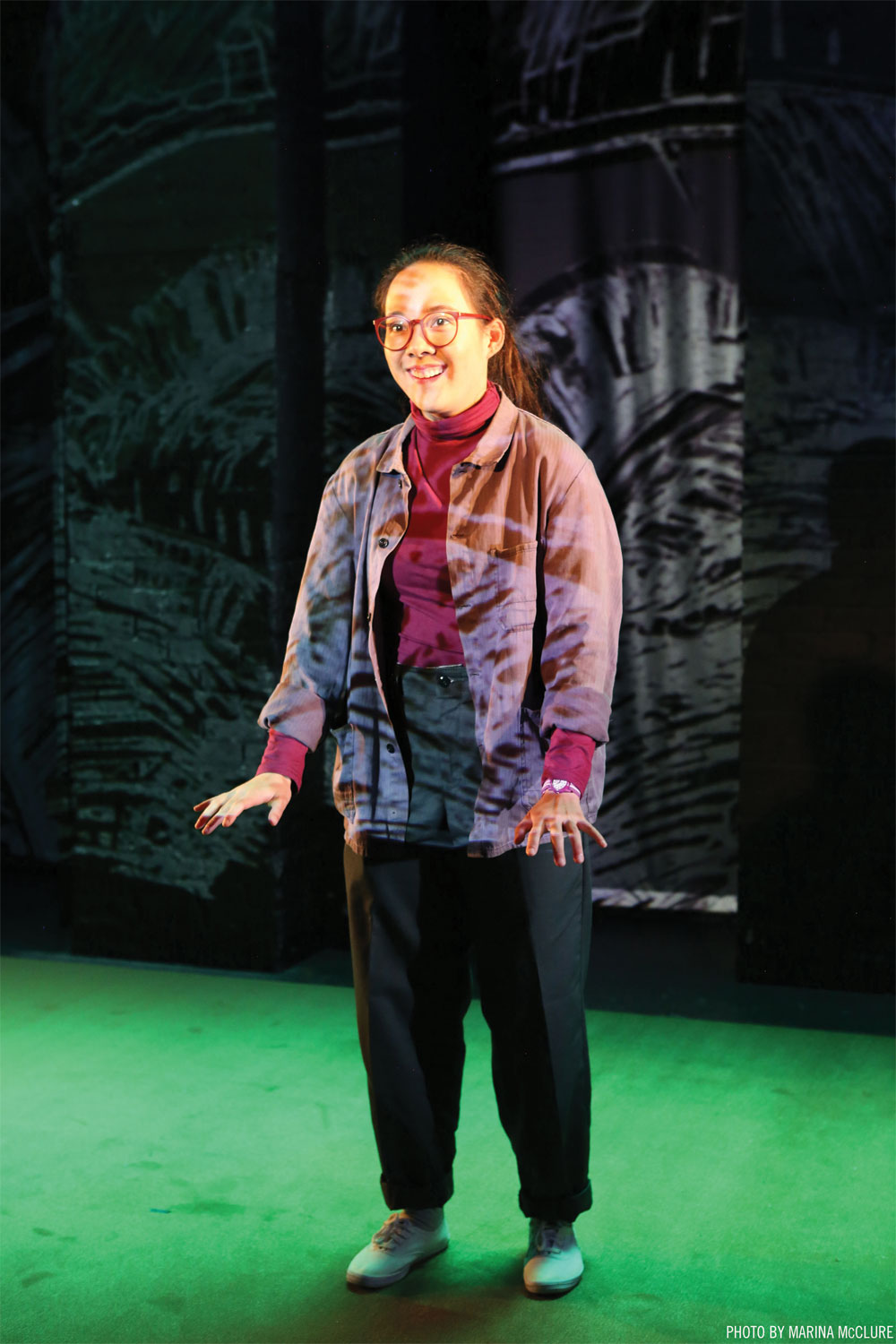 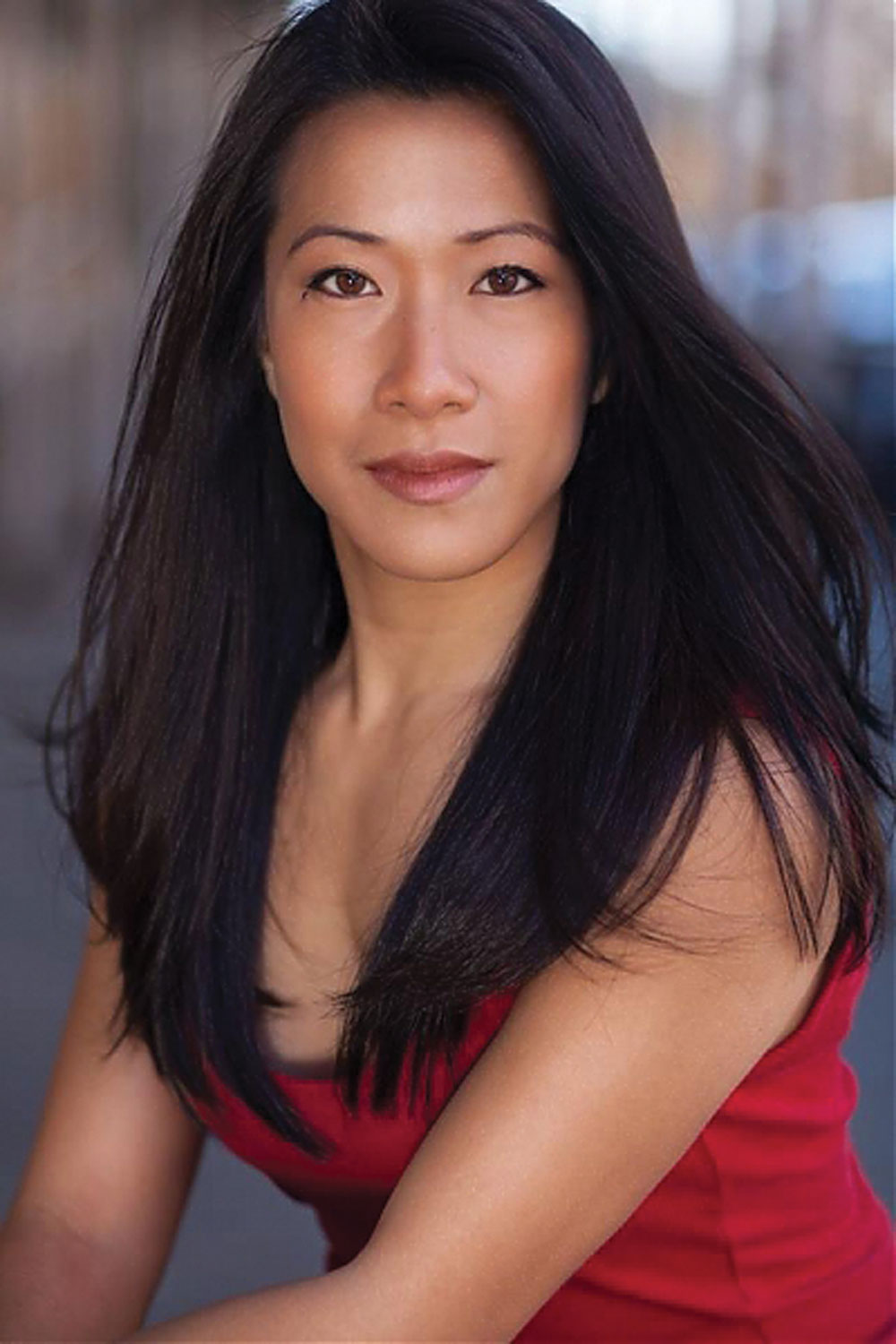 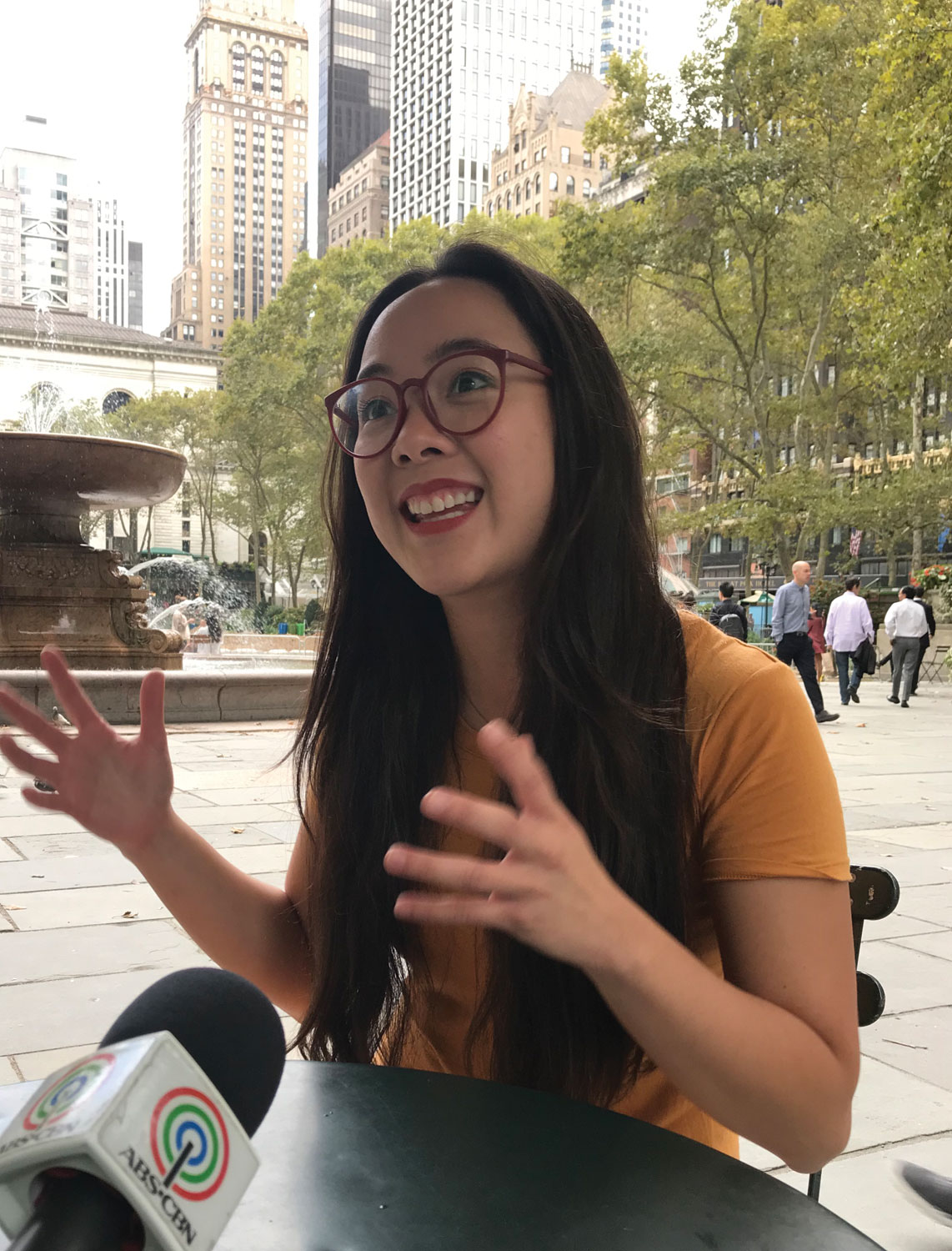 IF you’re in New York City this weekend and wondering what to do and where to go, and if you have a spare evening, may we suggest any of these three shows: a Broadway musical, an off-Broadway show and an off-off-Broadway one, all of them with a Filipino or Filipino American as lead or principal cast members.

At the Walter Kerr Theater on 48th Street is the Tony Award winner for Best Musical this year, Hadestown. It stars this generation’s Miss Saigon, Eva Noblezada, who nabbed her second Tony nod with her powerful performance as Eurydice opposite Reeve Carney’s Orpheus. Kay Trinidad also plays a key role as one of The Fates and is part of an amazing trio, which steals some of the scenes.

Last June at the Radio City Music Hall, Hadestown, with book, music and lyrics by Anais Mitchell won eight Tony Awards out of 14 nominations, including Best Musical and Best Director for Rachel Chavkin.

Blocks down along Astor Place is the New York premiere Soft Power at The Public Theater. There’s a number of Filipinos in the cast led by Conrad Ricamora, Billy Bustamante, Jaygee Macapugay, Geena Quintos, Jon Hoche and Trevor Salter. Behind the scenes, Tony Award winner Clint Ramos did the scenic design.

Ricamora and Macapugay at one point played Ninoy Aquino and Imelda Marcos in Here Lies Love, also originated at The Public Theater a few years ago. Ricamora is still seen in the ABC series How to Get Away with Murder while Macapugay was last seen in Paulo Tirol’s On This Side of the World.

“It feels like a full circle. We have such good memories at The Public, and with Soft Power now, we are hoping to create more,” she shared after seeing us at the lobby during the show’s opening week.

Soft Power is one of the most exciting theatrical collaborations in recent memory, and it creatively shows an exploration of America’s current place in the world, told through an East-West musical from China’s point of view, in which a theater producer from Shanghai forges a powerful bond with Hillary Clinton.

Further downtown in Tribeca is The Flea Theater, which is about to wrap up a play festival that aims to honor Mac Wellman, a three-time Obie Award winning playwright and one of The Flea Theater’s original co-founders along with actress Sigourney Weaver.

Filipina actress Dorothea Gloria leads Wellman’s “The Sandalwood Box,” a short, bizarre play about, among others, the value of human life.

Gloria is on her fourth year in New York and she just graduated from the Stella Adler Conservatory last April.

“The Flea is an experimental theater, and our play is a play with a lot of music, singing and dancing. It’s hard to categorize it into just a straight play or musical,” Gloria told us when we met her in Bryant Park.

She moved to Los Angeles after graduating from Adler to see what could be in store for her out there, but the offer to do this show happened. She had to think hard, she was torn because she also wanted to do television as well.

“I think I enjoy theater more and I feel that this is the easier way in,” she said. That is why she packed her bags once more and returned to New York last August.

Gloria plays the lead role of Marsha Gates who loses her voice because of an existential crisis, realizing how life for her is uncontrollable.

“Like every day, we live our lives and every day we plan accordingly but all in all, you can’t really plan your own life because the world or life in general is something uncontrollable and unexpected,” she quipped.

“I guess the message of the show is to live your life to the fullest and know that each life, each day is precious so it is better not to think so much ahead an be present at each and every single day,” she added.

Playing Marsha Gates has been such a journey for her. She was challenged from the first time she read the script.

Delineating her character, Dorothea realized and found out she and Marsha Gates have a lot of things in common, including that particular feeling of floundering through the universe.

The Sandalwood Box is Dorothea’s first off Broadway show and she is excited to show her acting chops, something that she developed even as a young kid back in the Philippines.

She is greatly influenced by her mentor for eight years at Assumption, Ana Valdes Lim who is a Juilliard alumna. Dorothea was part of her college’s acting program, as well as Philippine Educational Theater Association’s youth arm, mixing what she calls the classical type of acting and the guerilla type of putting up shows mixed with a dash of activism.

“I brought that here in New York, particularly here at The Flea. They wanted someone who is trained, the voice and the body, and I owe that part to my classical training; and they also wanted the energy, passion and fire, which I owe to what I got at PETA,” she explained.

The Flea has its resident pool of about 80 actors and the audition process for the shows was “super intimidating”, according to Dorothea. They were given three days to memorize three pages of script.

“I didn’t think that I would get it,” she admitted, saying that she already had her mind set in moving to Los Angeles. She was actually already in LA when she received their call offering her the role.

“I was in a point of transition then and I took that call as the universe telling me to come back to New York,” she said. So after living in California for three months, she packed her bags once more and moved back to the Big Apple.

Since the show opened, she has been getting varied feedbacks and reaction from the audience, some of whom found the material weird and others felt blown away, anxious or shocked.

“The nature of the play is not really story telling, it’s more of an experience for its audience. Whenever I invite people, I tell them that when you come, you won’t get a story but you will have an experience,” she shared.

MASTER OF HER OWN FATE: Hadestown’s Kay Trinidad is living her best life