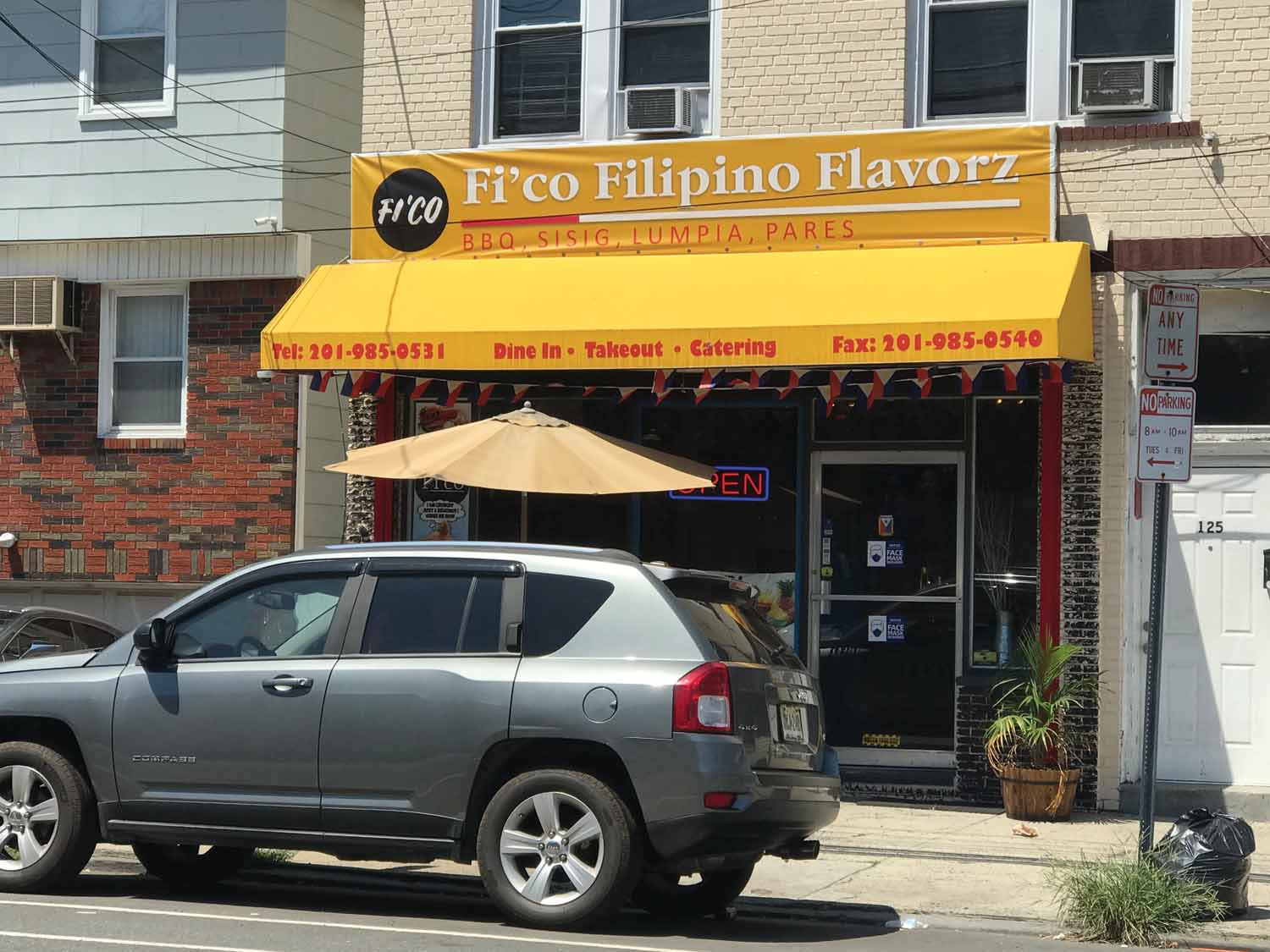 There was a time when Filipino food reigned supreme in Jersey City with dozens of mom and pop restaurants and turo turo scattered in the Westside area and around Five Corners near Journal Square.

Through the years, however, the number dwindled as the stores closed one after the other. The community lost both Fiesta Grill locations, Casa Manila, Rowena’s, and Dante’s among others.

In the past year, several courageous entrepreneurs have stepped up and opened their business in the middle of the pandemic, like the husband and wife team of Alex and Ethel Quintos who opened Fi’co along Mallory Avenue; Jordan Andino with an outpost of his Flip Sigi near Journal Square; Baonanas in a couple of locations and So Sarap NYC joining the Smorgasburg family in downtown.

Over the weekend, Jollibee opened its second store in Jersey City, located near the Hudson Mall on Route 440. Technically, it is the third store in the city (the first one was Danforth, followed by Journal Square which opened last year) but the company closed Danforth and converting it to a ChowKing, the first one on the east coast.

“We are excited to showcase our four channels here, from dine-in to take home or to go, drive-thru and of course, online ordering,” shared Merle Caleon, Jollibee’s area manager.

The Hudson Commons store is the first in Jersey City to offer drive-thru service, along with a huge parking area shared with the mall, which customers like Emmanuel Elcamel find convenient.

This branch is Jollibee’s 69th store in the United States and there are plans to open a few more in the area, including the American Dream, Jamaica in Queens and the flagship in Times Square.

Known for its Chickenjoy fried chicken and other comfort-food favorites, Jollibee attracts a steady stream of customers, both Filipinos and non-Filipinos.

Francis Sison and his wife Evelyn live within walking distance from the Danforth store. They saw that the new store was already open so they stopped by to eat.

“There is this sense of pride when eating at Jollibee,” Sison said. “So it is nice to have a bigger store in this area which is the epicenter of the Filipino community here in Jersey City.”

Michelle Ansay, restaurant general manager of Hudson Commons, shared that they strictly follow their food safety standards and COVID protocols to ensure safety for the customers and their employees. This means constant hand washing and sanitizing of surfaces every 15 minutes and changing of gloves, every 15 minutes or as needed.

Alex and Ethel Quintos of Bloomfield were unemployed for five months after the pandemic hit in March last year. They used to run a small valet parking business and had 24 restaurants as clients but because of the lockdown, the client list went down to zero. They ended up thinking hard about what to do next.

Opening a restaurant has always been one of Alex’s dreams. They initially thought about putting up a small Filipino grocery with a restaurant so they looked for possible locations. They found a former Filipino restaurant on Mallory Avenue in Jersey City’s Westside and decided to do a restaurant.

Initially, they wanted to sell Filipino tacos and used the name Fi’co for short. Then they put up the sign and put other familiar Filipino offerings like sisig, lumpia and pares.

The next thing they saw was a surge of pares orders. On their first official day, they sold more than 100 bowls of pares. Pares has always been his specialty as a home cook and putting it on their awning was just as random as putting names of Filipino food.

Alex moved the tacos to the side and made it a Taco Tuesday special. The tacos they sell all have Filipino flavors in them, including longganisa, tapa and chicken barbecue.

Then came the idea of offering boodle fight two months ago.

“Everybody loves kamayan,” Quintos told the Asian Journal. “I think ever since in the Philippines page nasa beach tayo, picnic style. It is best the best na ma\ooffer natin outside the Philippines, yung experience.”

It is something different that can be offered to the younger Filipino Americans, the children of first-generation Fil-Ams, so they can experience the culture like it is in the Philippines. For non-Filipinos, it is a chance to experience something unique.

For the past couple of months alone, more than 500 people have availed of the boodle fight and the parties ranged from couples to parties with about 20 or so guests.

The couple is thankful that despite the grim prognosis brought about by the pandemic, they stuck to their guns and took a chance on something they were passionate about. He may not be a seasoned chef but he has been a steady home cook for a while now and add to that their family’s passion in eating out as well.

Alex also gives credit to their staff who have been working really hard and he is happy to be able to absorb most of them when he opened Fi’Co.

“It’s a collaboration, team effort talaga. Even as owners, we learn from them, especially those who have 20 years experience in the restaurant industry,” he said.