Vigil for JenniferPhoto by Mike Simpson 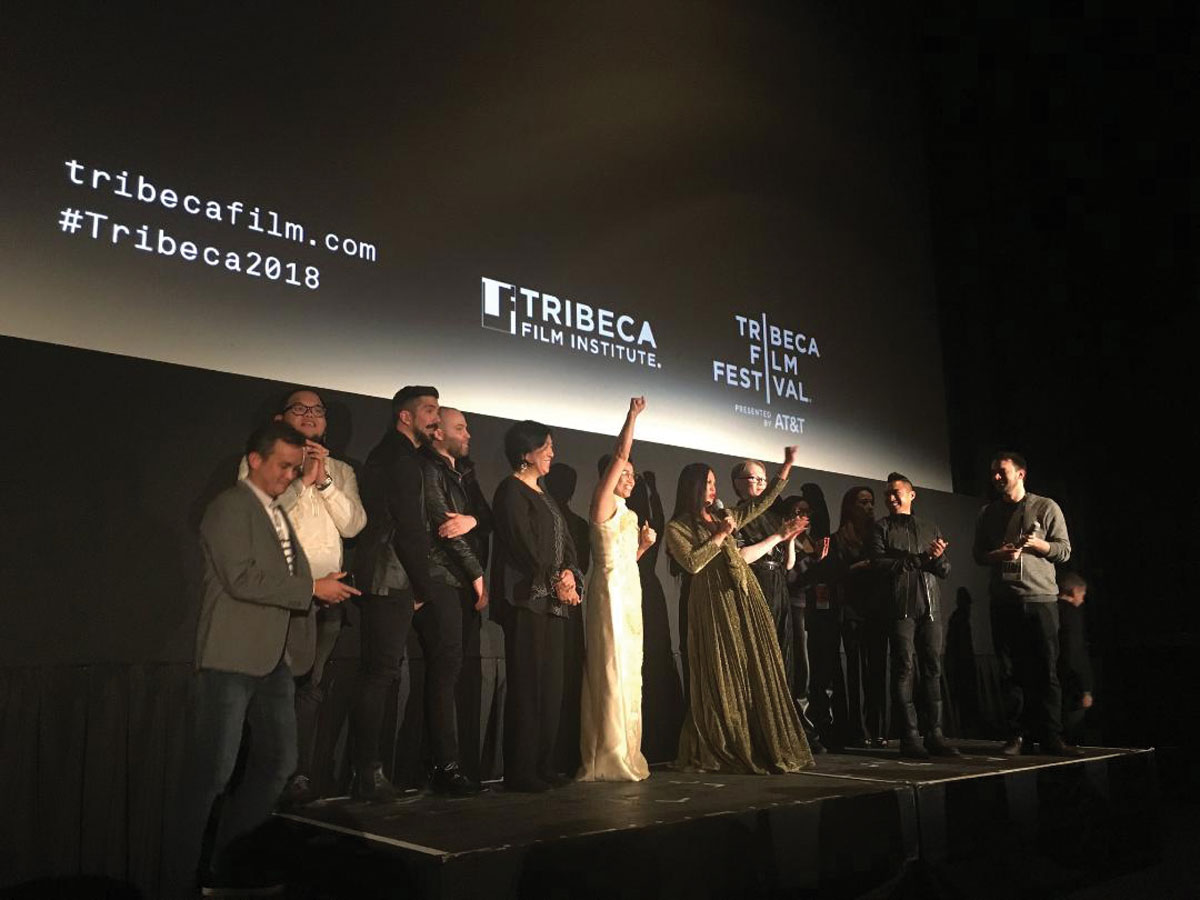 Photos courtesy of Call Her Ganda 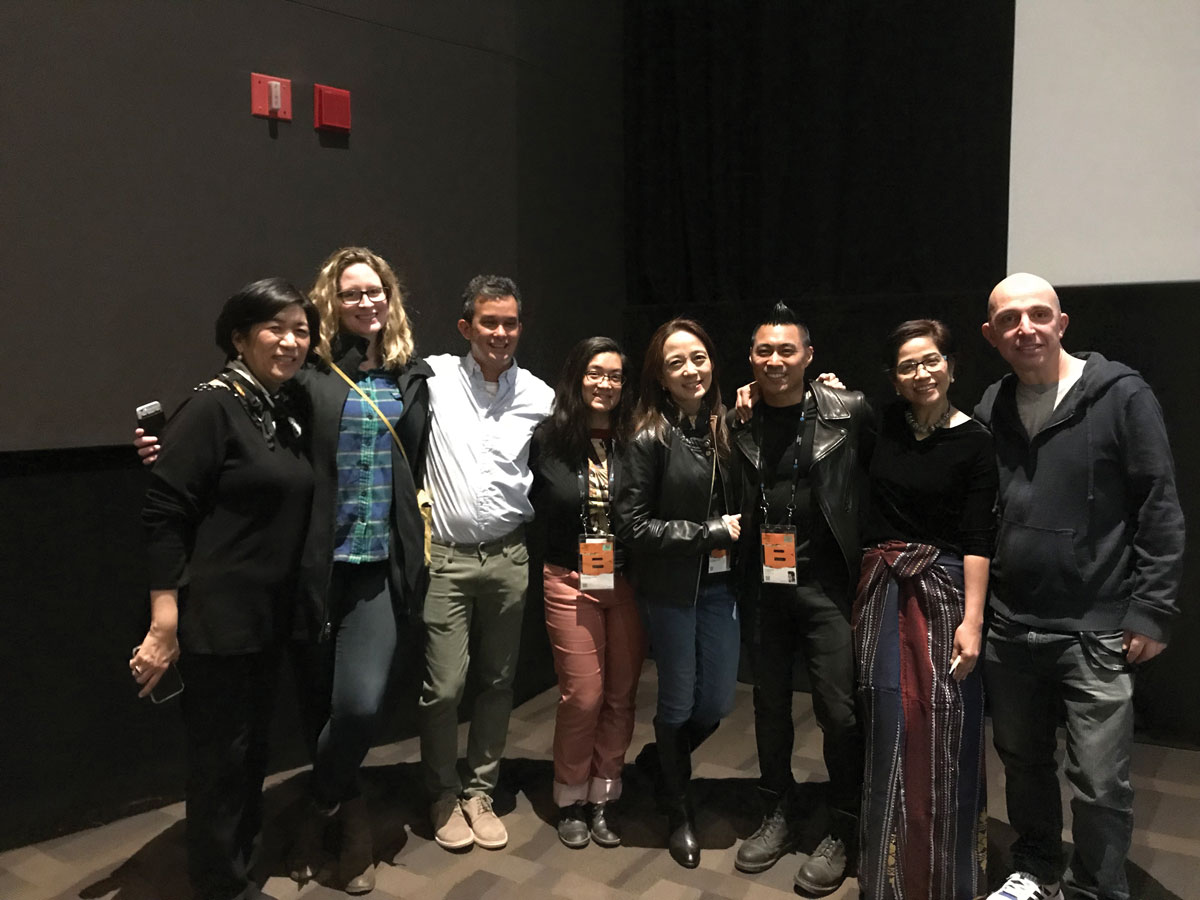 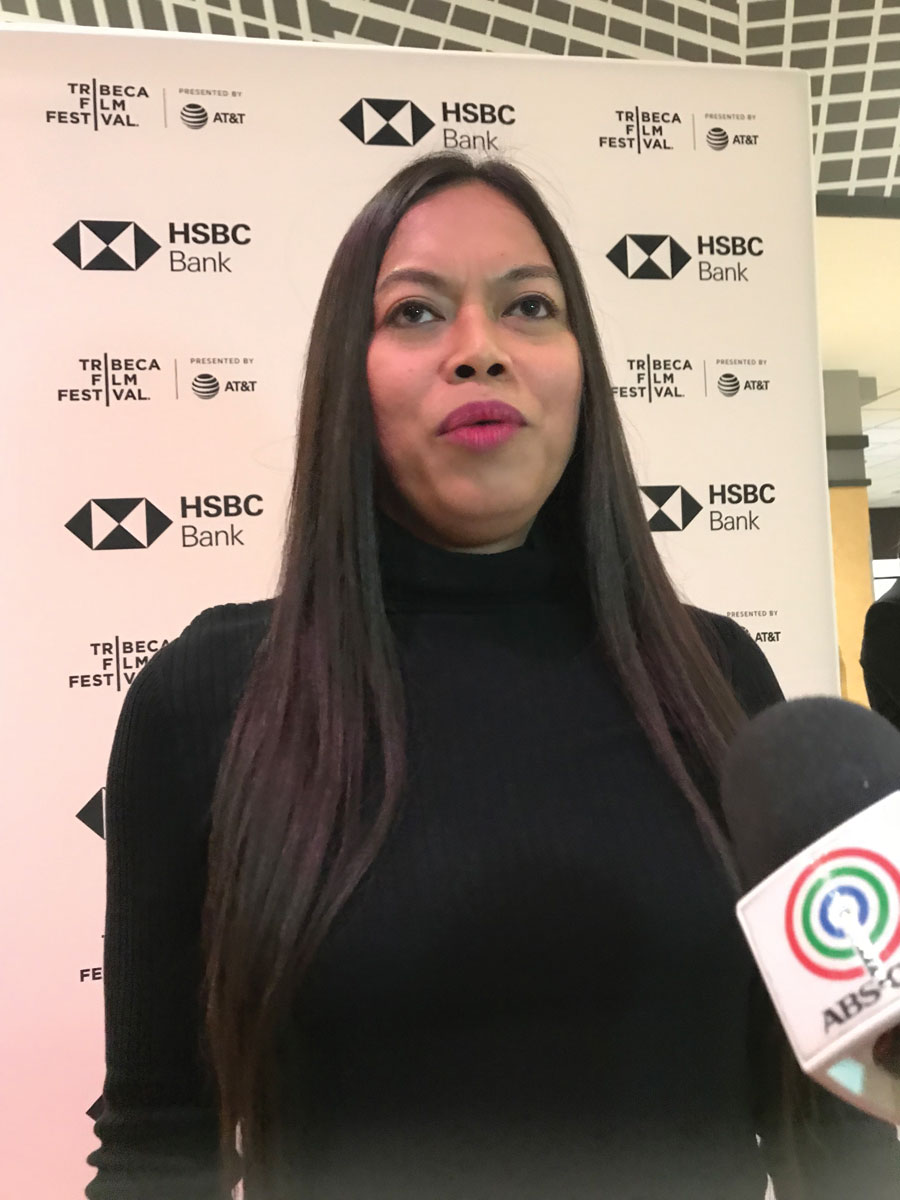 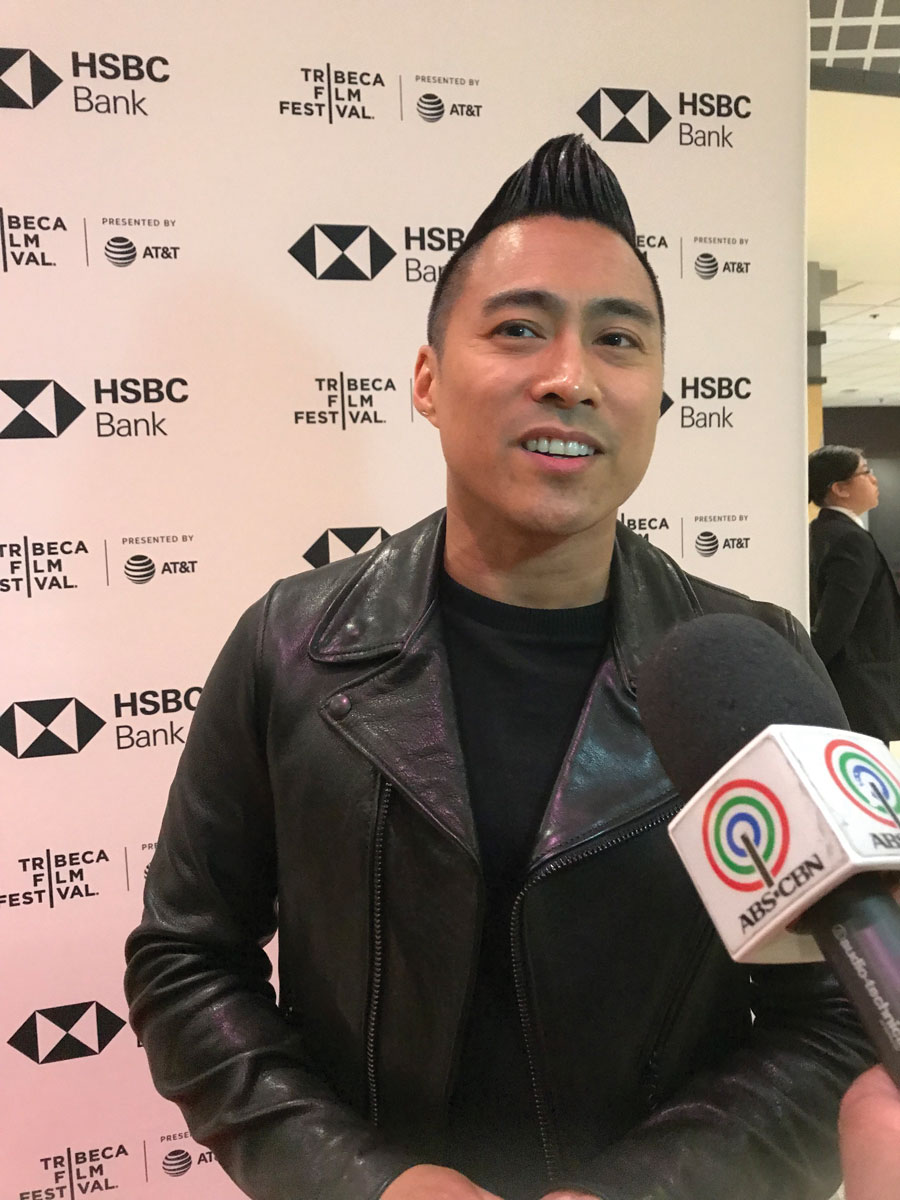 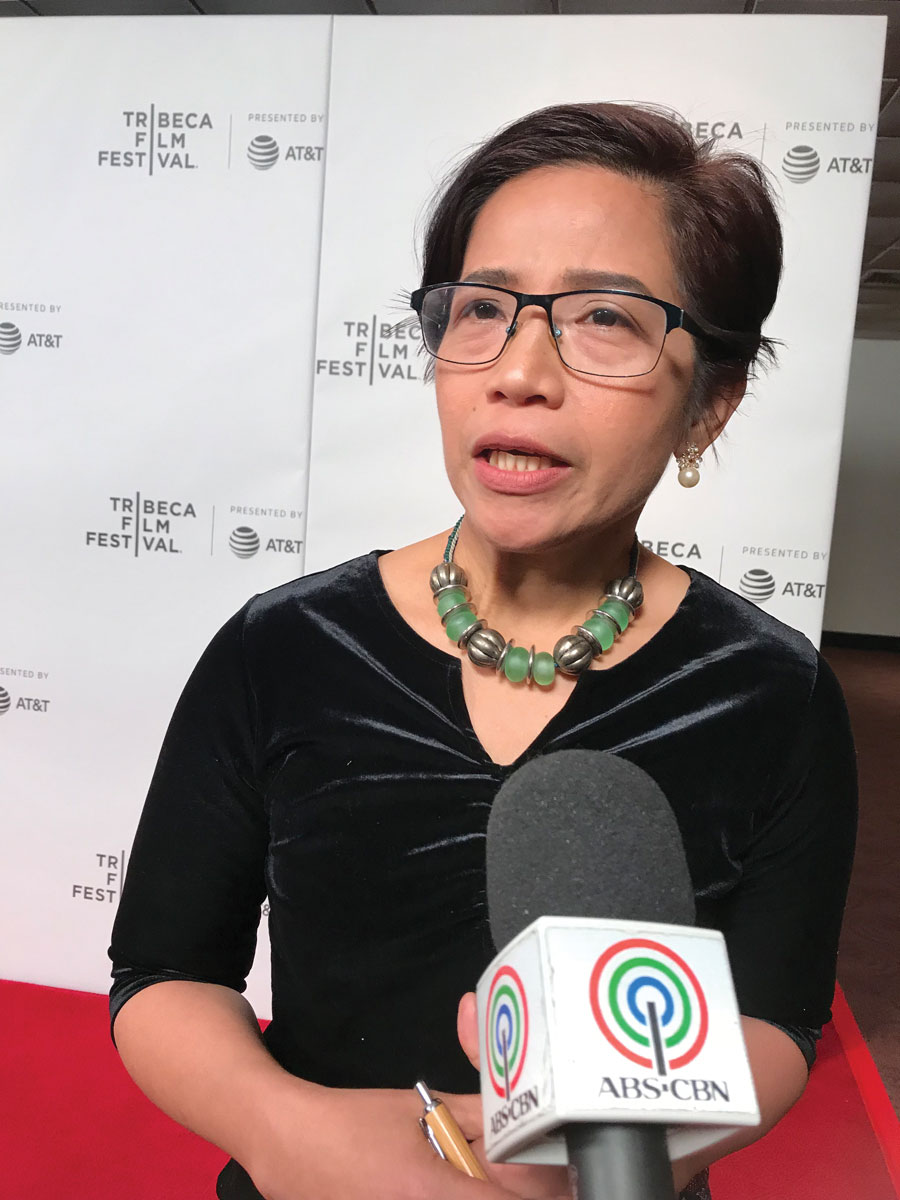 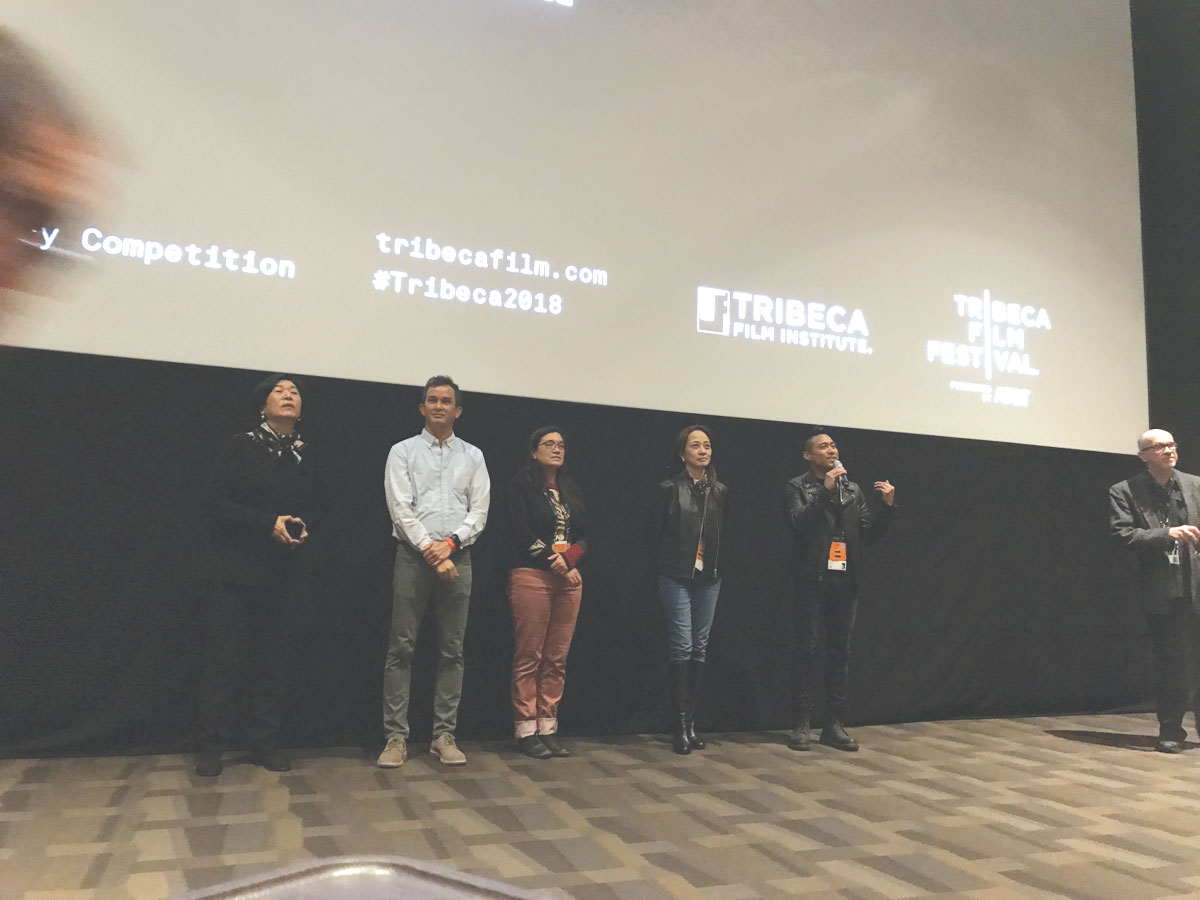 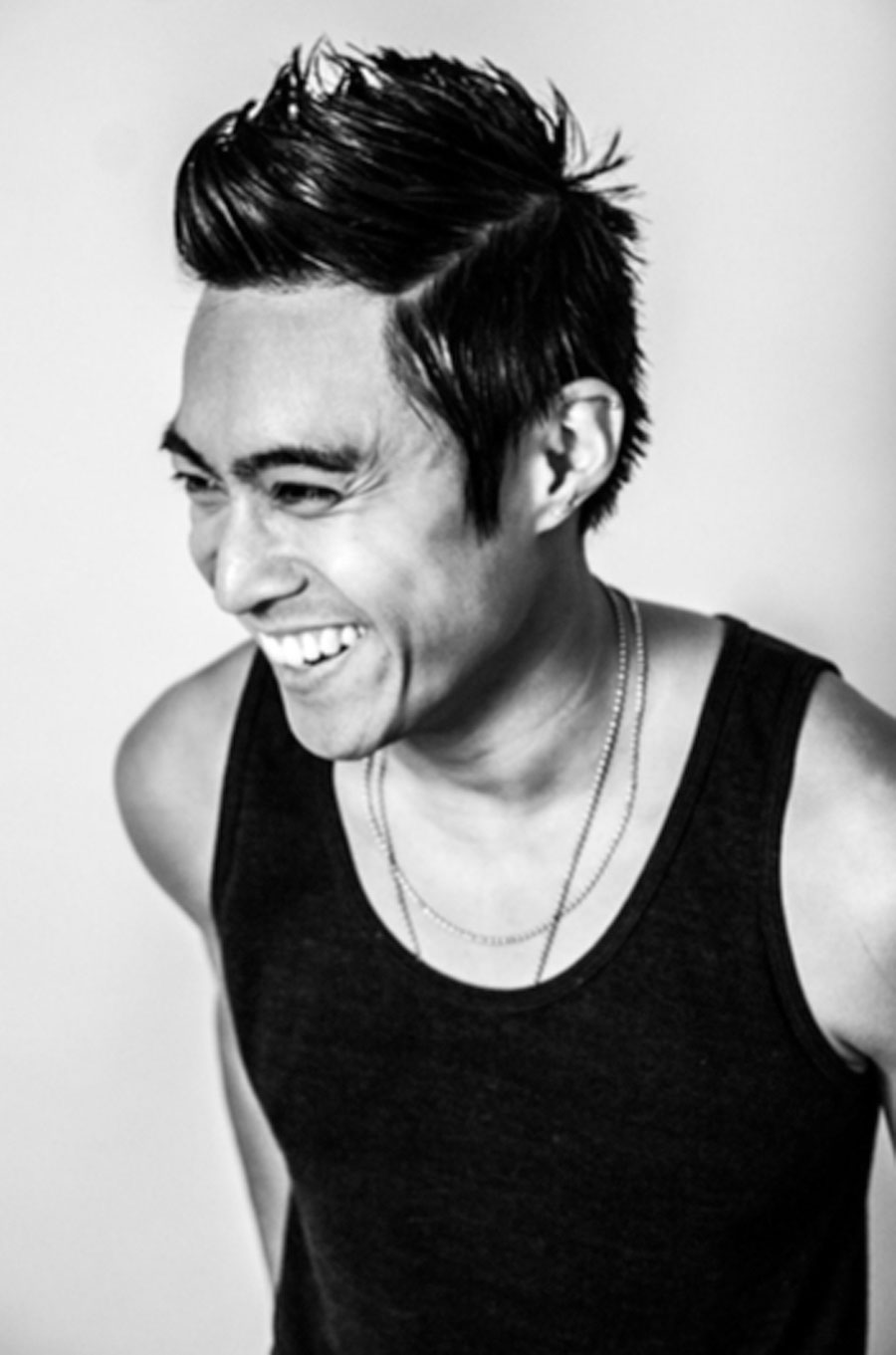 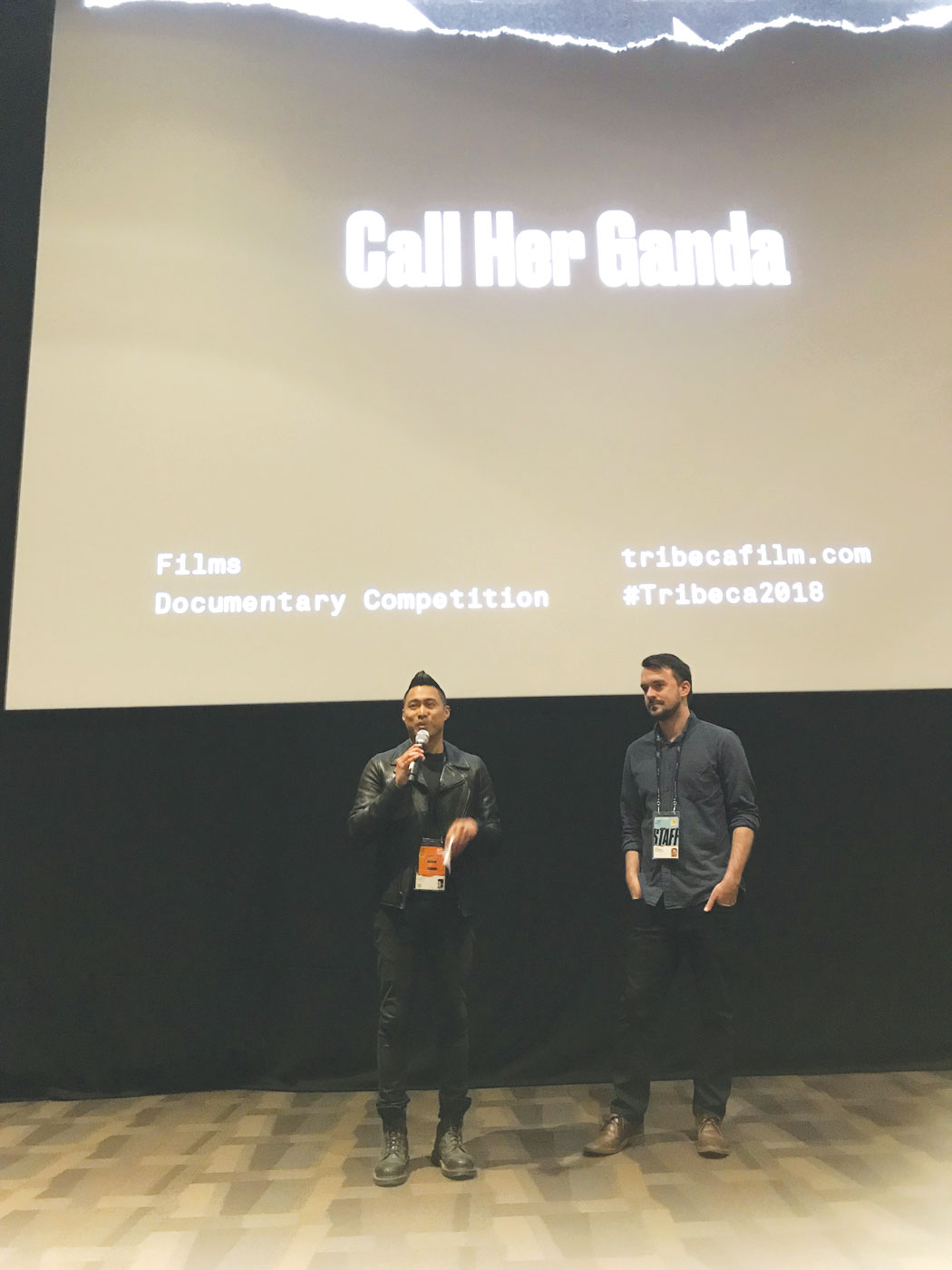 Fil-Am director PJ Raval was invited to the Philippines in December 2014 to screen the two documentaries he has done – Trinidad and Before You Know It – for the QC Pink LGBTQ+ Film Festival.

Little did he know, he’d find there – his parents’ homeland – the idea and inspiration for what would be his third documentary feature.

“When I arrived, I discovered a country struck with grief, outraged over the death of Jennifer Laude, a transwoman from Olongapo who was found murdered in a motel room,” Raval shared. “A U.S. marine was the leading suspect, but police authorities were unable to detain him, as he was protected by a Visiting Forces Agreement that gives the U.S. enormous latitude with cases concerning military personnel.”

A little more than four years later, Raval and his team are at the Tribeca Film Festival attending the world premiere of Call Her Ganda, the film that was born out of that festival in the Philippines.

Ganda in Filipino is beauty, and that is what Jennifer Laude’s mother used to call her.

While doing a panel on LGBT rights at the festival in Manila, Raval met Attorney Virginia Suarez who was representing the Laude family. She told us about the case and shared a clip of Jennifer’s mother, “Nanay” (tagalog for “mother”), who spoke with raw passion, demanding justice for the death of her child.

During that panel, someone suggested that a documentary about Jennifer needed to be made, and all eyes turned to Raval, an award-winning director and cinematographer whose previous work explored the overlooked subcultures and identities within the already marginalized LGBTQ+ communities.

“I’ve always wanted to make a film set in the Philippines, and having the opportunity to tell the story of Jennifer Laude and those who worked tirelessly to seek justice for her death not only spoke to me as a queer person of color, but also as a Filipino-American,” he said. “This film integrates all aspects of my identity and I’m extremely thankful for being given this opportunity to tell an important story for so many people, including myself.”

At the second screening of the documentary film at Cinepolis in Chelsea, we were able to chat and mingle with some of the film’s key players, including Raval, Suarez and Naomi Fontanos.

Attorney Suarez is a labor rights lawyer and co-counsel of the Laude family in the Jennifer Laude murder trial, along with Attorney Harry Roque, who now serves as the spokesperson of President Rodrigo Duterte.

Suarez is also the head of the Filipino women’s rights group Kaisa Ka and Secretary General of the political organization Kilusan, whose mission is to create “genuine freedom and democracy” for the Filipino people.

As an organization, Kilusan has been campaigning actively in support of abolishing the Visiting Forces Agreement (VFA).  VFA allows U.S. Military personally stationed in the Philippines to be under U.S. jurisdiction. It has come under international scrutiny due to local Philippines authorities’ inability to detain the accused suspect, Joseph Scott Pemberton, in the murder trial of Jennifer Laude.

“We’re just awaiting the decision of the Supreme Court. I hope that the decision will immediately come out because that will end somehow the agony, the pain of the Laude family. Waiting for this case, it’s painful,” Suarez shared.

Shooting in the Philippines

Raval shared that one of the most challenging parts in making this film was trying to make it in the Philippines, especially since the events were still unfolding when they began shooting.

“This is my third feature documentary and to be honest, I don’t know if I could have made this as my first. I needed to make a couple of films before I got to this one. I don’t know if a couple of years ago, I would have felt capable of making something like this. The project came at a right time and I felt this was a story that very much resonated with me, and one that I could tell from a perspective of a Filipino-American,” he said.

The story was clear to the team and it was just a matter of figuring out the form that it would take shape. They wanted to be able to contextualize the history of the United States and the Philippines, colonialism and its effects.

Enter Meredith Talusan, a transgender writer, photographer, and scholar who has been covering the murder of Jennifer Laude for several news outlets such as VICE, The Guardian, and Buzzfeed.

Instantly, Raval saw that Talusan would be the perfect narrator of the film because of some certain parallels that Talusan and Laude shared. Meredith told us that she travelled to the Philippines a total of six times to cover the case.

Her article for VICE, entitled “How the Killing of a Trans Filipina Woman Ignited an International Incident” was the first major article on Jennifer that took an investigative look into her backstory and community.

Meredith has since written multiple articles covering the Jennifer Laude murder case and is now the executive editor of Conde Nast’s new LGBTQ publication Them.

“It really made me recognize that if it weren’t for the combined efforts of all these communities pushing for justice and visibility of this issue, nothing would have happened,” he said.

“Premiering our film here at Tribeca is amazing because Tribeca has a reputation of amazing, smart, artistic and important films so it is an honor to be part of that lineup. I cannot thank them enough for giving us the opportunity to premiere the film here,” he added.

As the Tribeca Film Festival comes to an end this week, Call Her Ganda would have played in six screenings. The team behind it is looking forward to the next festivals so they can get the story out there.

“I am hoping that people will watch this and understand that now is the time to be civically engaged. It is no longer just about being aware of the issue, are you willing to go out on the frontlines and actually demand change,” Raval said, echoing what Attorney Suarez told us earlier.

“For this to happen in the time of Trump, who is so anti-trans; in the time of Duterte, who is so anti-America and for the US Embassy in Manila to grant me a 10-year multiple entry visa to the US to be able to attend Tribeca is so full of irony to me. It is so ironic and unbelievable to me,” Fontanos, one of the players in the film, told us.

“In my head and in my heart, I knew I wouldn’t get it. I knew so many friends who are Filipinos who applied for US visas multiple times and they all got denied. I think it’s all Jennifer’s work,” she shared. “Jennifer has opened so many doors for me.”

After the world premiere, Fontanos, a transgender rights activist and executive director of Gender and Development Advocates (GANDA) Filipinas, gave a shout out to Laude in one of her social media posts and honored her memory.