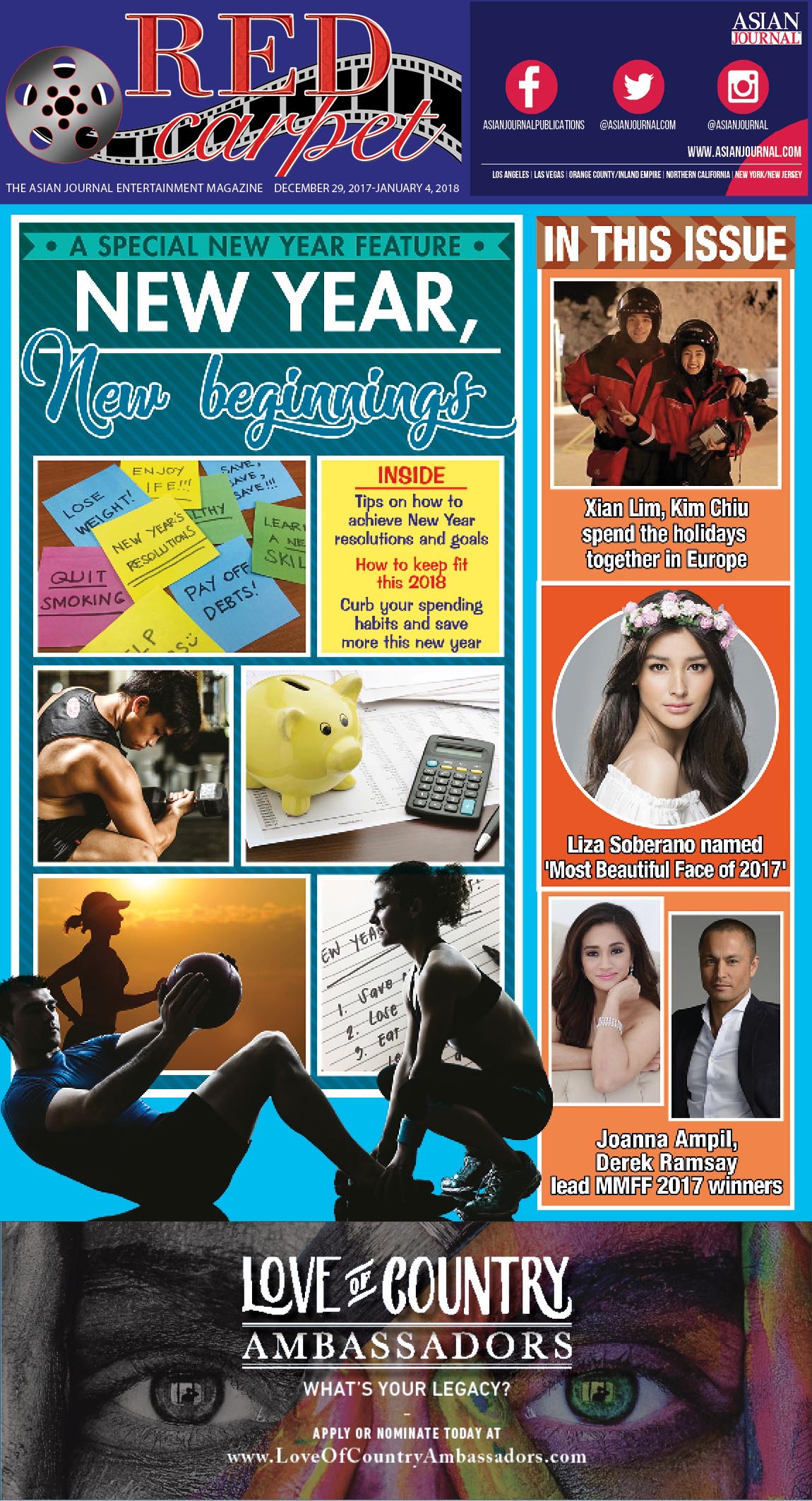 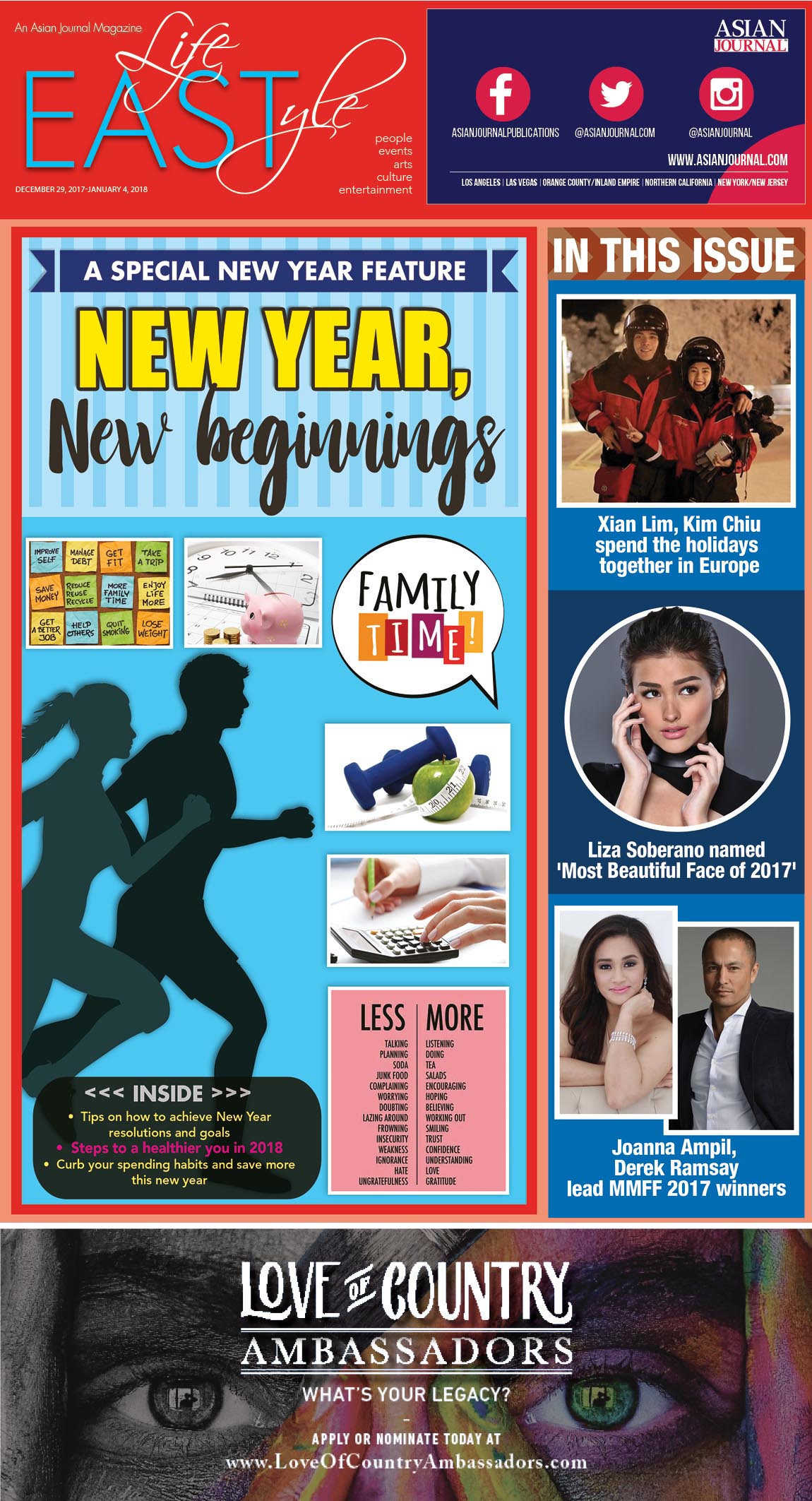 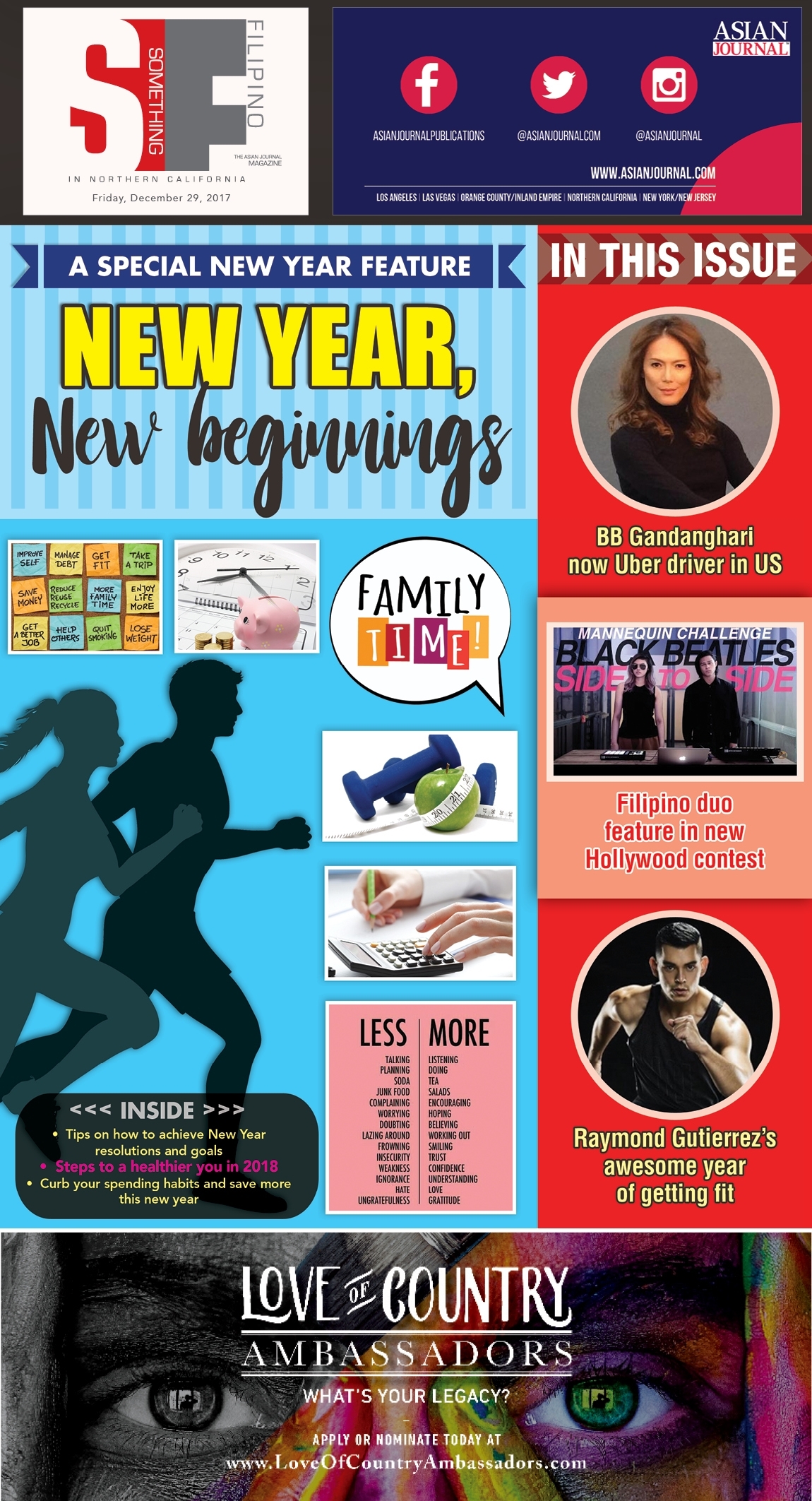 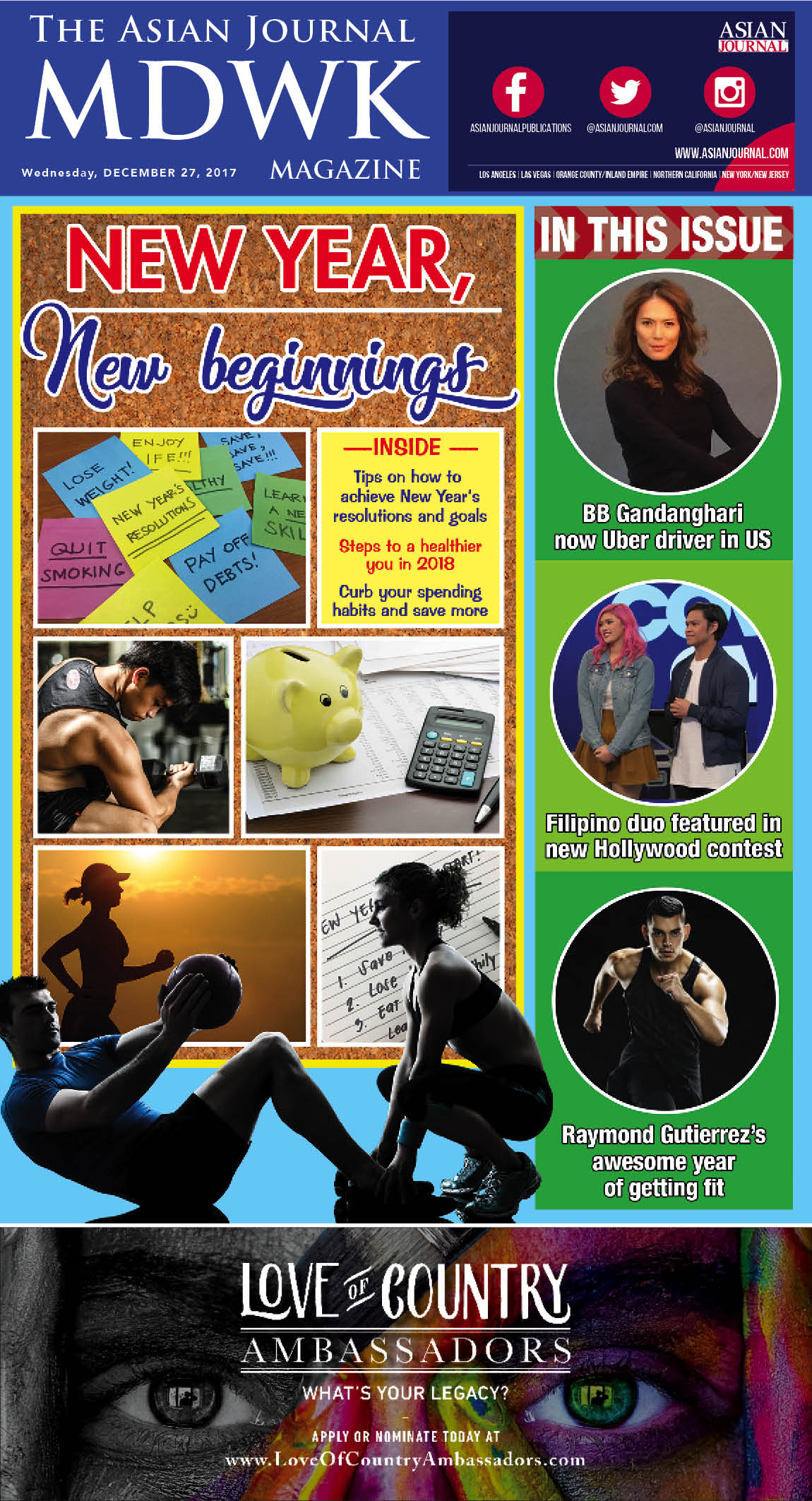 The year 2017 is coming to an end with 2018 coming in full force.  With Christmas over, it seems that all there’s left to do is plan for New Year’s Eve festivities, and start making annual New Year’s resolutions.

For those who enjoy resolutions, it most probably won’t be the first time making them — nor the second, the third, or even the fourth.

Merriam-Webster suggested that the first modern new year resolution was first recorded (though satirically) in a publication called “Walker’s Hibernian Magazine” in 1802 in which a list of people were said to have “begun the year with a strong of resolutions, which they all solemnly pledged to keep.”

A few years later in 1813, a Boston newspaper used the words “new year” and “resolution” together in a January 1 article in which the author believed that there were “multitudes of people” who were “accustomed to receive injunction of new year resolutions, who will sin all the month of December, with a serious determination of beginning the new year with new resolutions and new behavior.”

While resolutions have changed with the times, it seems that many people find themselves making the same resolutions year after year.  According to Statistic Brain Research Institute, the top 10 New Year’s resolutions for 2017 were to lose weight or eat healthier, make life/self improvements, quit smoking, do more exciting things, spend more time with family, work out more often, learn something new, do more good deeds for others, find the love of their life, and find a better job.

Discussion platform Forum Mantra found that most of the same goals were forecasted for 2018, with a few differences of traveling more, and getting more sleep.  Yet another Marist Poll found that “being a better person” made a tie with weight loss for the top 2018 resolution.

Kamille Rose Soler, transformational speaker, life and business coach, and founder and CEO of The Ultimate Lyfe, shared with the Asian Journal that the most common resolutions she hears from clients are to lose weight, make more money, and spend more time with loved ones.

Regardless of numbers, it’s safe to say that keeping up with resolutions is tough to do.  But why?

According to Soler, most people fail because they focus on the wrong thing — on what they “can’t do,” rather than what on what they “will do.”

“Focus on the positive, and what is possible, versus where you are restricted.  One is empowering, the other is dis-empowering,” Soler shared with the Asian Journal.

If that sounds simpler said, than done, here are a few more tips to help you go forth with your 2018 resolutions.

Develop a stronger and better plan

As Benjamin Franklin once supposedly said, “If you fail to plan, you are planning to fail.”

When it comes to New Year’s resolutions, making sure you execute your goals properly deserves time and thought.

Soler gave three keys to transformation that are great for all aspects of life, with the first key being developing a strong mindset.

“Shift your mindset, shift your life,” said Soler.  Before stepping into action, she encourages people to ask themselves certain questions:  What are the stories you’re telling yourself about this situation?  What statement are you making?  What questions are you asking about?

Only after you develop a good mindset should you spring into the second key to transformation — action, the daily and weekly steps we take to make our goals happen.

“Micro adjustments in your life, like deep breathing at least three times a day, are just as important as major adjustments like going to the gym five times a week,” said Soler.

And then, there’s putting yourself in the right environment, which she said is probably the most important of the three keys.

“You must rig your environment for success,” shared Soler.

Whether it be writing your goals on index cards, or creating a vision board, producing an effective environment should be conducive to you reaching your goals.  This includes being aware of what you take in — podcasts, books, inspirational YouTube videos versus negative television shows — and the people you surround yourself with.

Soler quoted Jim Rohn — regarded as the grandfather of self-development — as having said, “You are the average of the top five people you spend the most time with.”

“So if you want to improve your average anywhere in life, then look at the people you are surrounding yourself with,” said Soler.

Rather than trying to conquer a bunch of resolutions, try narrowing your goals down to a few more realistic resolutions.

The American Psychology Association (APA) suggests changing one behavior at a time.  Because unhealthy behaviors tend to develop over a course of time, replacing them with better behaviors also requires time.

It may also help to be smarter and more specific with your resolutions.  Instead of resolving to get more hours of sleep per night, for example, think of concrete ways of how you can do so like putting down your phone 30 minutes before bed, or creating a relaxing bedtime ritual.

Don’t be too hard on yourself

With 365 days in a year, it’s completely normal we run into challenging obstacles.  In fact, setbacks can be expected as they’re part of the learning process.  What matters is what we do when we find ourselves wandering off track.

Soler advises that the best thing to do is be honest with ourselves, take a step back, and ask ourselves a few questions:  “Is this something that I really want?  Why do I want it?  Is it a must for me to have it?”

“If it’s not a must yet in your life and if your ‘why’ isn’t exciting for you, then you most likely won’t do it but it’s always important to be honest with yourself and reflect on that truth,” shared Soler.

The reason? “Because the truth will set you free and we all want to feel free to live our fullest and best life.  So, keep it real,” she added.

Remember, January is just a day in the calendar so don’t be afraid to re-evaluate your goals and commitments when needed.

Get a support system

Soler advises getting a “warrior buddy” — someone who is willing to root for you, knows about your goals, and is someone you can check in with and vice versa, at least twice a month.

“The health of our relationships are one of the major keys to living a successful and fulfilling life so we must include others in staying on track with our resolutions, commitments, and goals,” said Soler.

And sometimes, it isn’t even about staying “on track,” but just having someone to discuss your progress and changes with.

“Involve great people in your goals and watch how much further you go and how much more fun it is,” Soler added. “Success is so much better shared.”

If anything, sometimes successfully reaching our goals just needs a change of perspective or change in how we understand our resolutions.

“I actually much prefer the word ‘commitment’ versus ‘resolutions’ because to commit to something implies that you are set on doing it.  It is important because you begin to declare what you will do in your life here on out,” shared Soler.

“Our actions are constantly responding to what our minds tell us, whether we know it or not, so the key to great success in anything is to be fully aware of what you are doing — and not doing — and to make a clear convicted decision for what you desire,” she added.

“Commit to what you desire in 2018, then begin strategizing and planning.”

A wonderful year end gift for your family

Resolutions 101: Goals for the New Year