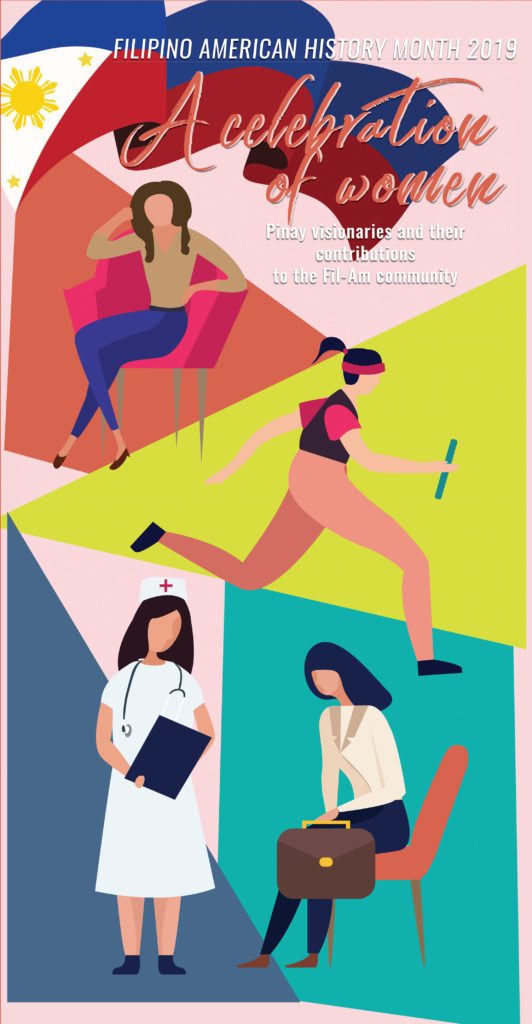 OCTOBER is the celebration of Filipino American History Month to commemorate the first recorded presence of Filipinos in the continental United States. The first Filipinos — “Luzones Indios” — landed in what is now Morro Bay, California on October 18, 1587.

With this history, Filipinos are said to be the first Asian group to arrive in the United States.

In a press release, FAHNS said Pinays “have been the backbone of the Filipina/o American community,” and have persevered in their respective fields in spite of racial and gender discrimination.

With this year’s celebration, FAHNS recognizes Filipina American women across the U.S. including Pinays like:

• FAHNS Executive Director Dr. Dorothy Laigo Cordova, for organizing and advocating for the Fil-Am community since the 1950s. Her vision has paved the way for FAHNS, Filipino American History Month and Filipino American studies.

• Dr. Felicisima “Ping” Serafica, the first Filipina American professor of psychology to receive tenure in the U.S. She helped establish one of the Philippines’ first hospitals for children with mental disabilities and the country’s first interdisciplinary mental health clinic.

• The late Dr. Dawn Bohulano Mabalon, the first Filipina/o to receive a Ph.D. in history from Stanford University. She was a professor, a historic preservationist, and the author of “Little Manila is in the Heart” and “Journey for Justice: The Life of Larry Itliong.”

In the past, there was confusion about whether to use “history” or “heritage.” While some used the term “Filipino American Heritage Month,” FANHS has emphasized that it should be properly focused on “history” instead of “heritage.”

“’History’ is about the events, experiences and lives of people in our community and their impact on society, and the political, cultural and economic events and moments that shape their lives,” wrote the late FAHNS national scholar, Dr. Mabalon. “’Heritage’ is solely about cultural traditions handed down from the past.”

Hawai’i followed in 2008 when former State Representative Joey Manahan and members of the Filipino Caucus introduced legislation “to designate the month of October as Filipino American History Month to commemorate the contributions of Filipino Americans to Hawai’i and the U.S.” It was signed into law by Gov. Linda Lingle on April 15, 2008.

In passing the legislation, the U.S. Congress noted that, “the writings and teachings of American history have often overlooked the role of people of color, among them the history of Filipino Americans, whose heritage spans a colonial, political, economic, and cultural relationship with the United States.”

“Even though there’s an interesting history of us in the United States, we’re often overlooked,” remarked Cordova, in an interview with GoodNewsPilipinas.com about Washington state officially celebrating Filipino American History Month for the first time this year. “Everybody looks at it like we’re recent immigrants. We’ve been here longer than a lot of people.”

With this year’s theme, FANHS encourages organizations and communities across the United States to celebrate Filipino American women and incorporate their contributions into Filipino American History Month events.

This year also marks several important historical events that tie with Filipino American History Month and its theme. 2019 marks the 100th anniversary of the passage of the 19th Amendment, which gave women in the U.S. the right to vote. While the FAHNS acknowledges that Filipina American women and many other women of color were not able to vote until much later, the measure dramatically modified the political and social landscape of the U.S.

FAHNS is also celebrating its 37th anniversary this year.

Throughout the month of October, the Asian Journal will highlight several Filipina American women and their contributions across industries in the U.S.