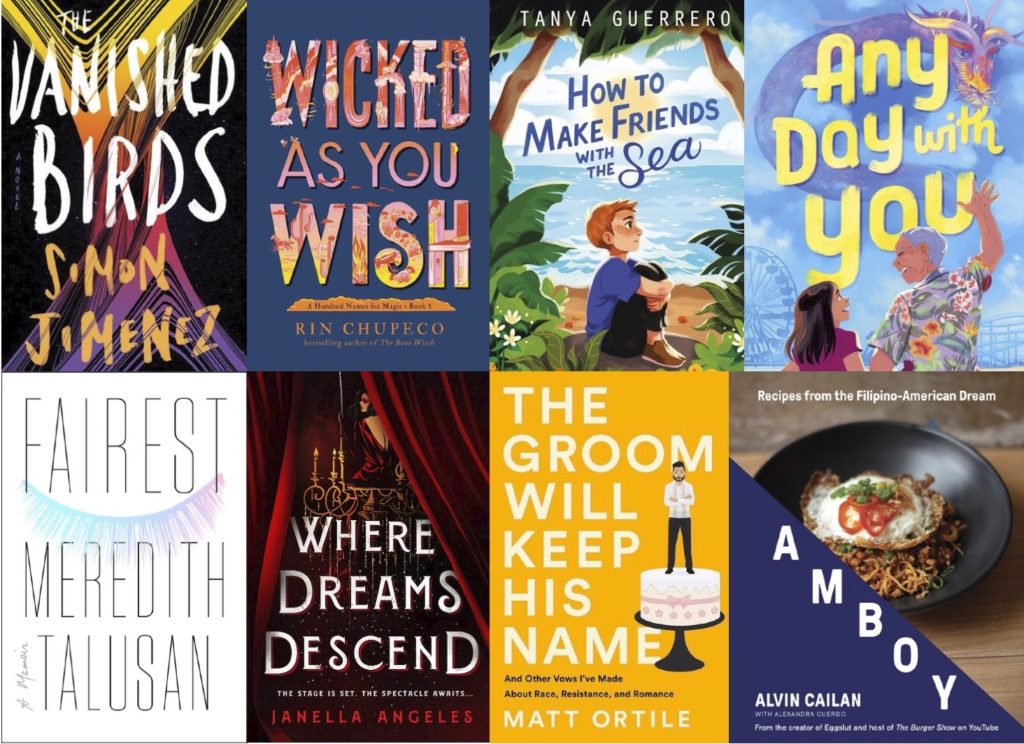 WITH the new year upon us, a top resolution that individuals continue to promise is: read more books. Luckily, like 2019 — which was a stellar year to accomplish the goal as there were over a dozen new releases by Filipino and Filipino American authors across genres — 2020 is shaping up to be another good year with more literature choices to come. Here are a few must-read titles on the Asian Journal’s radar set to be released later this year.

Author Simon Jimenez makes his novel debut with “The Vanished Birds,” a mind-bending adventure that defies space and time. A mute child with a special musical ability gets taken in by Nia, a solitary female ship captain drifting through time. “Soon, these two outsiders discover in each other the things they lack. For him, a home, a place of love and safety. For her, an anchor to the world outside of herself. For both of them, a family. But Nia is not the only one who wants the boy,” says the description by publisher Del Rey.

“Wicked as You Wish” by Rin Chupeco (March 3)

Launching the “A Hundred Names for Magic” series, Rin Chupeco’s “Wicked as You Wish” is an alternative history fairy tale about found family, modern day magic, and finding the place you belong. Prince Alexei, the sole survivor of the Kingdom of Avalon’s royal family, is exiled to a town where magic doesn’t work and few know his true identity. His friend Tala, however, knows but is keeping a secret of her own as a spellbreaker. When Avalon’s most powerful weapon, the Firebird, reemerges after decades in hiding, Alex, Tala and a group of friends band together to reclaim the magical kingdom.

“How to Make Friends with the Sea” is Tanya Guerrero’s debut middle grade novel about 12-year-old Pablo and his mother who move around every few months. Her job as a zoologist has now brought them to the Philippines, where she soon fosters Chiqui, an orphaned Filipina girl with a cleft lip. With the constant changes, Pablo has been grappling with anxiety, but soon realizes that he must be strong for Chiqui and face certain fears, like the sea.

12-year-old Filipina American Kaia is the main character in Mae Respicio’s forthcoming middle grade book, “Any Day With You.” When her great-grandfather Tatang, who has lived with Kaia and her family in Santa Monica all her life, decides that he wants to go back to the Philippines, Kaia devises a plan to make him stay by working on a short movie inspired by the Filipino folktales that he used to share and entering it in a contest at her summer camp. She learns more about his past, including how he fought on the U.S. side in World War II, and his early years in America. Kaia begins to see how his sacrifices enabled her family’s present life, and what winning really means. A Bay Area resident, Respicio’s debut novel, “The House That Lou Built,” received the Asian/Pacific American Library Association Honor Award in Children’s Literature and was an NPR Best Book of the Year.

“Fairest” by Meredith Talusan (May 26)

This coming-of-age memoir by award-winning author and journalist Meredith Talusan chronicles the journey of a precocious boy with albinism in the Philippines who would migrate to the United States, study at Harvard and transition to become a woman. Navigating through race, class, colorism and belonging within the gay community, “Talusan shares poignant and powerful episodes of desirability and love,” according to publisher Viking. “Her evocative reflections will shift our own perceptions of love, identity, gender, and the fairness of life.”

In “Where Dreams Descend” — the first book in Fil-Am writer Janella Angeles’ Kingdom of Cards fantasy duology — readers will be transported to a city covered in ice and ruin where a group of magicians embarks on a series of games in search of the next headliner of the Conquering Circus. There’s romance, secrecy and unseen danger along the way as we meet Kallia, a powerful showgirl out to prove she’s the best no matter the cost; Jack, the enigmatic keeper of the club and more than one lie told; and Demarco, the brooding judge with a past he can no longer hide.

“The Groom Will Keep His Name” by Matt Ortile (June 2)

The debut collection of essays covering topics, such as dating, identity and sexuality, comes from Matt Ortile, managing editor of Catapult magazine. Releasing this June by Bold Type Books, an imprint of Hachette, “The Groom Will Keep His Name” charts Ortile’s journey moving from Manila to Las Vegas and the experience of being bullied for his skin tone, Filipino accent and femininity. The essays explore the idea of social media personas and ultimately, lead to a realization of “radical self-love.”

“Amboy: Recipes from the Filipino-American Dream” by Alvin Cailan and Alexandra Cuerdo (August 25)

Famed Fil-Am chef Alvin Cailan — founder of popular breakfast sandwich purveyor Eggslut and host of online series “The Burger Show” — has teamed up with “Ulam” documentary director Alexandra Cuerdo for a cookbook illustrating the dual identity as an “amboy,” a Filipino growing up in America. Set to be released by Houghton Mifflin Harcourt in late summer, this cookbook narrates Cailan overcoming “cultural traditions and family expectations to find his own path to success.” Expect Filipino comfort classics from the lens of a Fil-Am upbringing and anecdotes about Cailan’s rise as a chef.