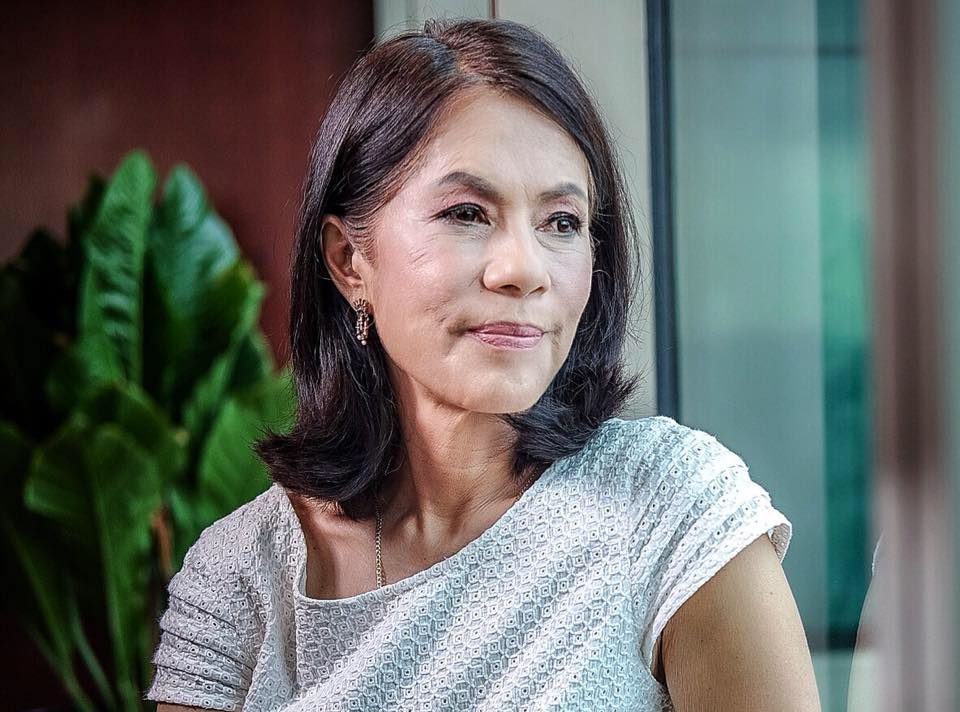 TO say that Gina Lopez led a colorful life would be a severe understatement.

The former environment and natural resources secretary passed away on Monday, August 19, due to multiple organ failure after a brave battle with brain cancer. She was 65.

The second of seven children of Eugenio Lopez, Jr. and Conchita La’O, Regina Paz — fondly known as Gina — was born with the proverbial silver spoon and grew up in an environment where she was pampered and sheltered.

At the age of 18, she moved to the United States to study. It was while at the Newton College of the Sacred Heart in Boston where she learned more about spirituality, meditation and Ananda Marga, which radically changed the course of her life.

“Eventually I left home. Not because things were not good, but because I had this urge to do something. Looking back at it now, I still marvel at how I did all that I did. Leaving home, renouncing everything, having two to three sets of clothes, and taking a vow of celibacy—at 18! It’s almost like a segment of my life was cut dead,” Lopez wrote in a revealing essay published by Rogue Magazine in March 2016. 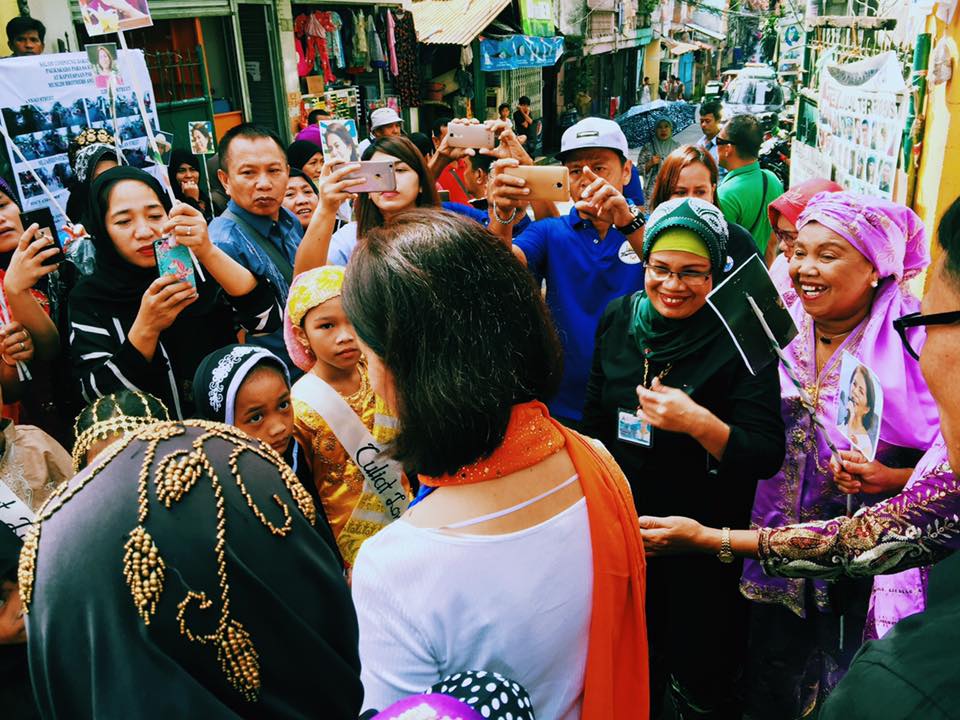 For the next 20 years, she served as a full-fledged yoga missionary in Portugal, India and Africa, among the poor and underserved, far from the rich enclave of her growing up years in Forbes Park. It was while doing these where she learned the values that would come in handy in her future life as an advocate for the environment and children’s rights, among others.

It was while serving in Africa when she met her now ex-husband, Sona with whom she has two sons, Roberto and Benjamin. She lived for six years in Kenya and two of those years were in a slum area. This was where she learned to value water. She revealed that they had to stand in line for hours for a bucket of water and she had a pail, for bathing herself and for washing her clothes.

“When one doesn’t have much, one treasures every little bit. I lived as the poor lived, so I learned how not to be wasteful—a trait I carry to this day where I use every bit of everything. I learned how to value empty containers, because they can be of use eventually,” she wrote further.

Lopez eventually decided to return to the Philippines with her husband. Missionary work forbade them from having relationships with the opposite sex. On the day of her return, she found out that she was pregnant and that’s when she knew the door of going back to Africa and the missionary life had closed.

Armed now with the knowledge and values she learned in the two decades she dedicated to missionary life, Lopez decided to focus on uplifting the lives of the poor in her own country, the Philippines.

She found her heart and place in the ABS-CBN Foundation, the public service arm of ABS-CBN. She spearheaded and instituted projects that focused on communities in crisis, educational media (TV and radio), Bantay Bata, Bantay Kalikasan, among others.

In June 2016, President Rodrigo Duterte appointed her as the secretary of the Department of Environment and Natural Resources.

“Integrity, public service and common good are the key deciding factors for any decision that will be taken,” Lopez had said upon her appointment. “Any industry must bear in mind that the common good is paramount in their operations and not the money they make.”

During her short-lived stint as environment chief, Lopez ordered the shutdown of 23 mines and suspension of five others. She canceled 75 contracts for mining projects located in watersheds, as well. She was the secretary for 10 months until the Commission on Appointments voted 16-8 through secret balloting to end her tenure.

She went on to host an environmental show on ABS-CBN called “G Diaries,” which focused on environmental conservation, area development and innovations.

She also became the first Filipino to be awarded the prestigious Seacology Prize in Berkeley, California back in October 2017 for her “exceptional achievement in preserving island environments and culture”.

“I have a deep resonance with the environment. My spiritual practice is feeling the divine, entering stillness, then feeling the Higher Worlds. When one does this, one develops a very keen affinity with nature. Divine Energy is in Nature,” Lopez said in a 2011 interview with Balikbayan Magazine.

In a statement, ABS-CBN said: “Gina was the pillar of strength that pushed ABS-CBN Foundation Inc. (AFI) to achieve what seemed to be impossible. Her caring heart and selfless kind of love inspired people within and beyond the organization to help and serve others.”

“[She] was a champion for the environment, child protection, and the disadvantaged. She exemplified a life of service to humanity with a deep desire to improve people’s lives, rallied for social justice, and sought to bring hope and change to poor communities,” it added.

These are the projects that have left indelible marks in the lives of millions of Filipinos and this is the legacy that Lopez, the woman in a hurry, left.

Lopez inspired a lot of people as a champion for the environment, child protection, and the disadvantaged. She exemplified a life of service to humanity with a deep desire to improve people’s lives, rallied for social justice and sought to bring hope and change to poor communities.

In a 2011 interview with the Asian Journal’s Balikbayan Magazine, Lopez said: “Nothing can stand in the way of a people united for a noble cause.”

“I have a deep resonance with the environment. My spiritual practice is feeling the divine, entering stillness, then feeling the Higher Worlds. When one does this, one develops a very keen affinity with nature. Divine Energy is in Nature,” she continued.

Her program Bantay Bata 163 became the first rescue hotline for children in Asia. It also bagged the United Nations Grand Awardee for Excellence in 1997, besting 187 countries all over the world.

Among the Foundation’s major programs was Educational Television (ETV) and under it were shows that tackled the subject matters in public schools like science (Sine’skwela), mathematics (Math Tinik), history (Bayani), values educations (Hirayamanawari) and Epol/Apple (English). Through her initiatives, more than 10,000 public elementary schools nationwide received ETV sets for their school libraries.

She also founded Bantay Kalikasan, a program that advocates for the protection of the environment. Among its most notable achievements include the successful reforestation of the La Mesa Watershed and the eventual rehabilitation of 17 estuaries or esteros of the Pasig River. Because of this, then-President Benigno S. Aquino III appointed her in 2010 as the chairperson of the Pasig River Rehabilitation Commission.

Lopez recently established Investments in Loving Organizations for Village Economies (iLOVE) Foundation, as well, which seeks to lift communities out of poverty through the creation of environmentally conscious businesses at the grassroots level.

Friends, family and netizens took to social media with tributes to Lopez and the life she lived.

“This is how I will remember my dear friend, Gina… always so passionate When she is on to something, she will definitely do it with all her heart, mind and soul, whatever it takes. When she would tell me her vision… the next thing I know, she’s already in the field doing something about it. No wasted time… no wasted opportunities… for the love of the people, the country and the environment. Gina, may your selfless heart inspire many more!!! Thank you for the unconditional love Rest now, my friend! #MaramingSalamatGinaLopez,” Santos-Concio wrote in the caption.

“Gina’s spirit, passion and energy were boundless. There was criticism that she was combustible, all over the place. But that’s because she wanted to do so much,” said actor Audie Gemora, who worked on several educational TV programs that ABS-CBN Foundation produced.

“Now we realize why she was always in a hurry to finish something; she was a woman possessed every time she took up a cause. Nothing was impossible, everything was doable,” Reyes posted on her Facebook wall.

“At an age when people are just figuring out what they want to do in life, she already knew her purpose. She left a comfortable life to devote her time and energy to help uplift other people’s lives,” ABS-CBN’s chairman Mark Lopez said.

“When she returned to join ABS-CBN, she instilled in her people the same drive to help. For her, nothing cannot be done, no effort is too small, anybody can — and should — do their part in making the world a better place,” he added.

Mark is a cousin of the former environment secretary.

According to the ABS-CBN Foundation, Lopez’s family has requested that donations be made to the foundation in lieu of flowers and Mass cards. A public memorial service will be held at the La Mesa Ecopark — which rehabilitated through Bantay Kalikasan — on August 22 and 23.

Though Lopez has departed, her legacy and love for social justice issues, the environment, and her home country of the Philippines live on.

“If we in this country dream and hope the common good and commitment to integrity, I have no doubt in my heart and in my mind that our country will see the light of day,” she said in Metro Society interview.

Hail to the ordinary

ABS-CBN to return to free TV on October 10