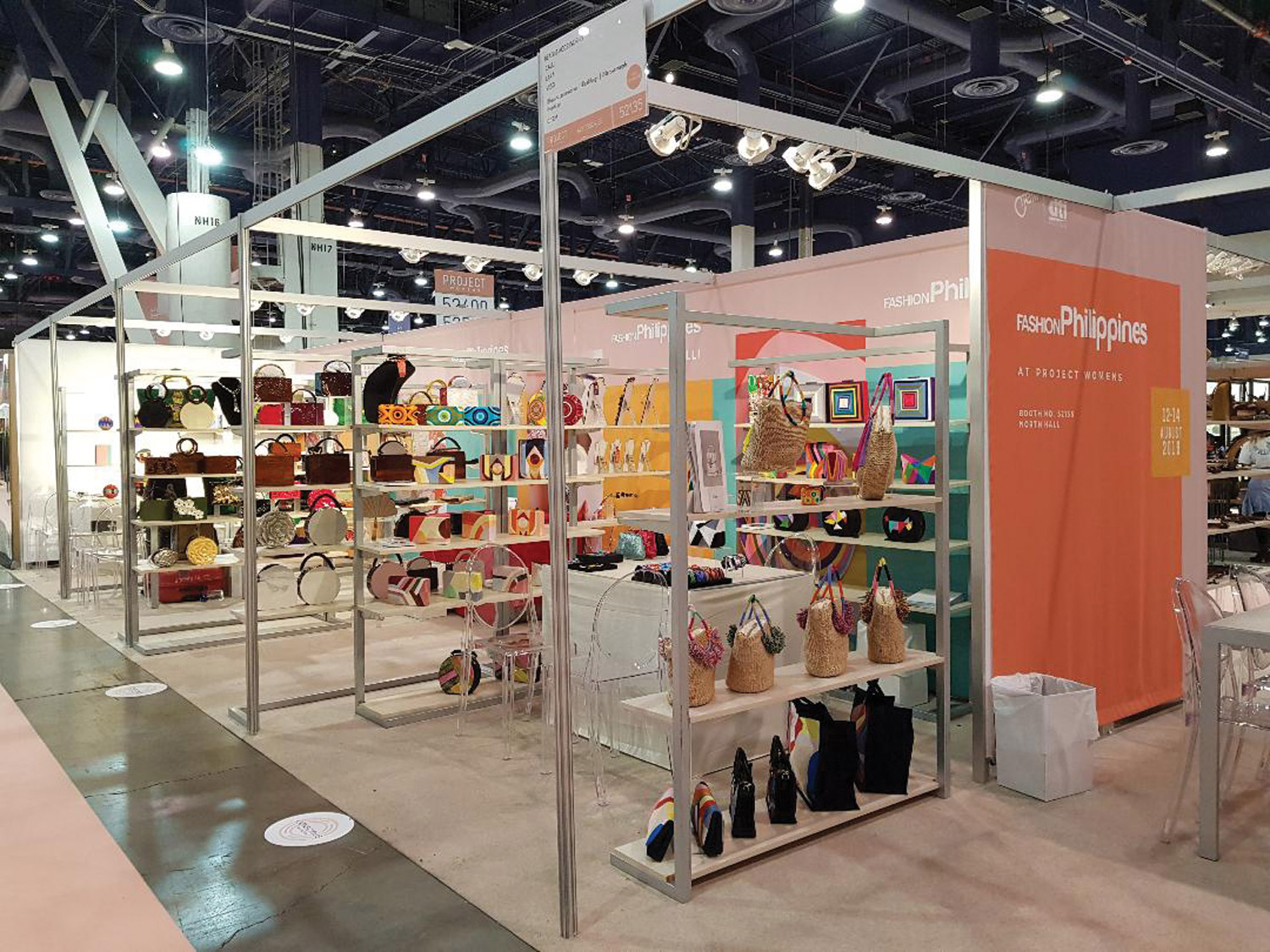 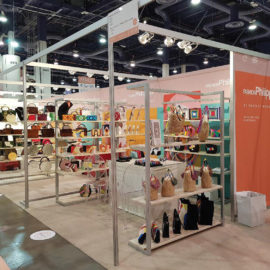 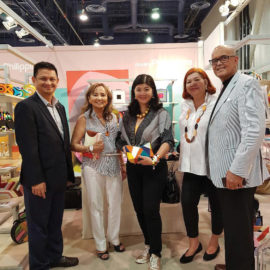 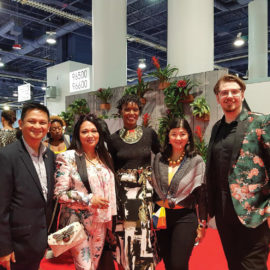 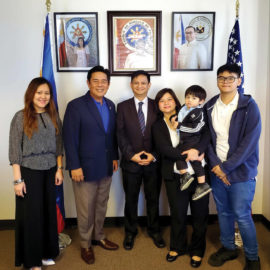 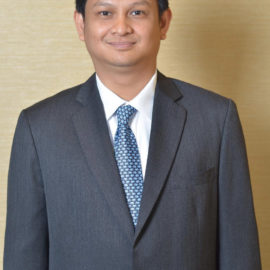 The FashionPhilippines pavilion at Project Womens 2019 in Las Vegas. 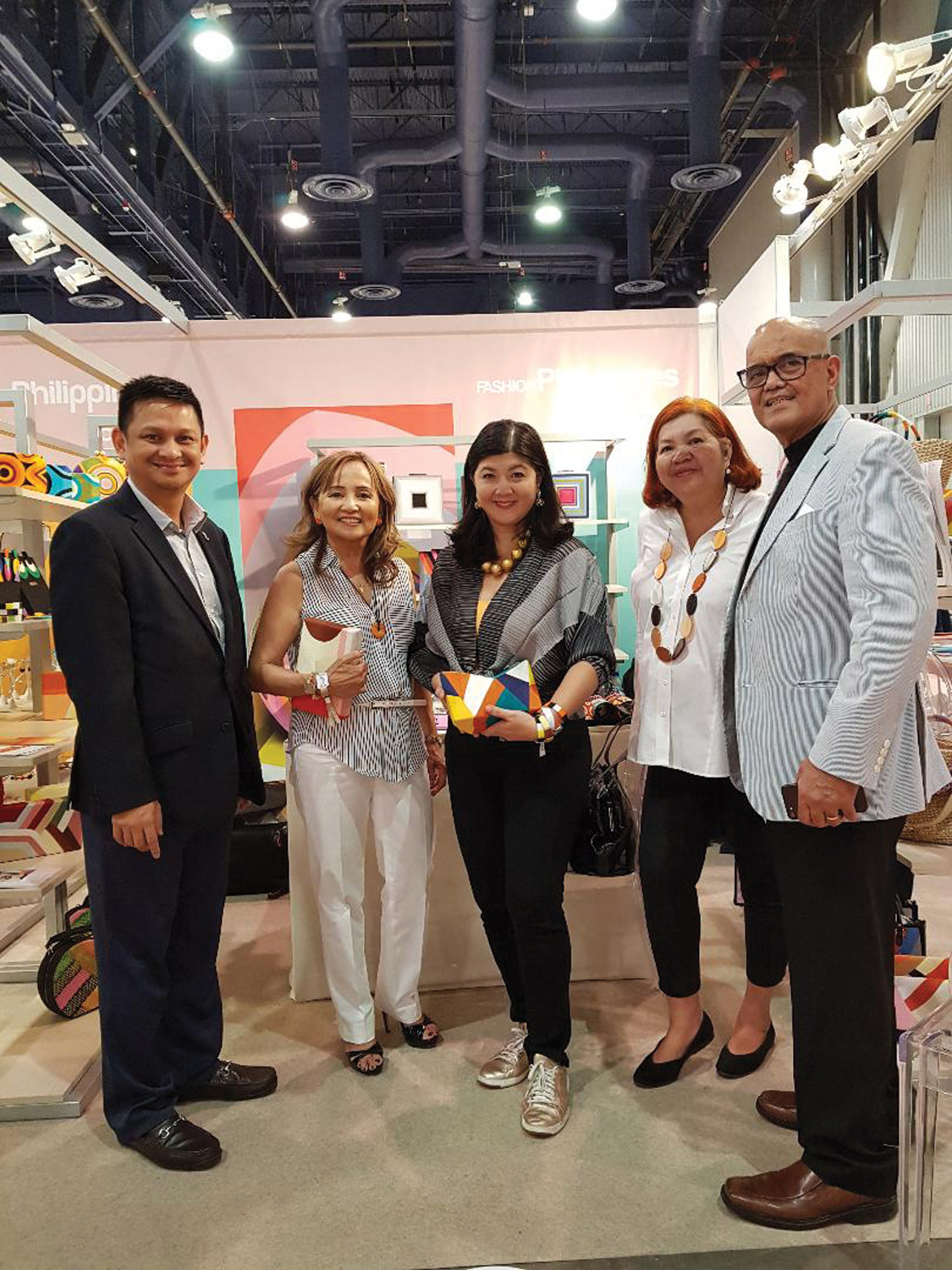 Elnar with officers of the Filipino American Chamber of Commerce of Greater Nevada during the recent FashionPhilippines exhibition at Project Womens in Las Vegas in August. 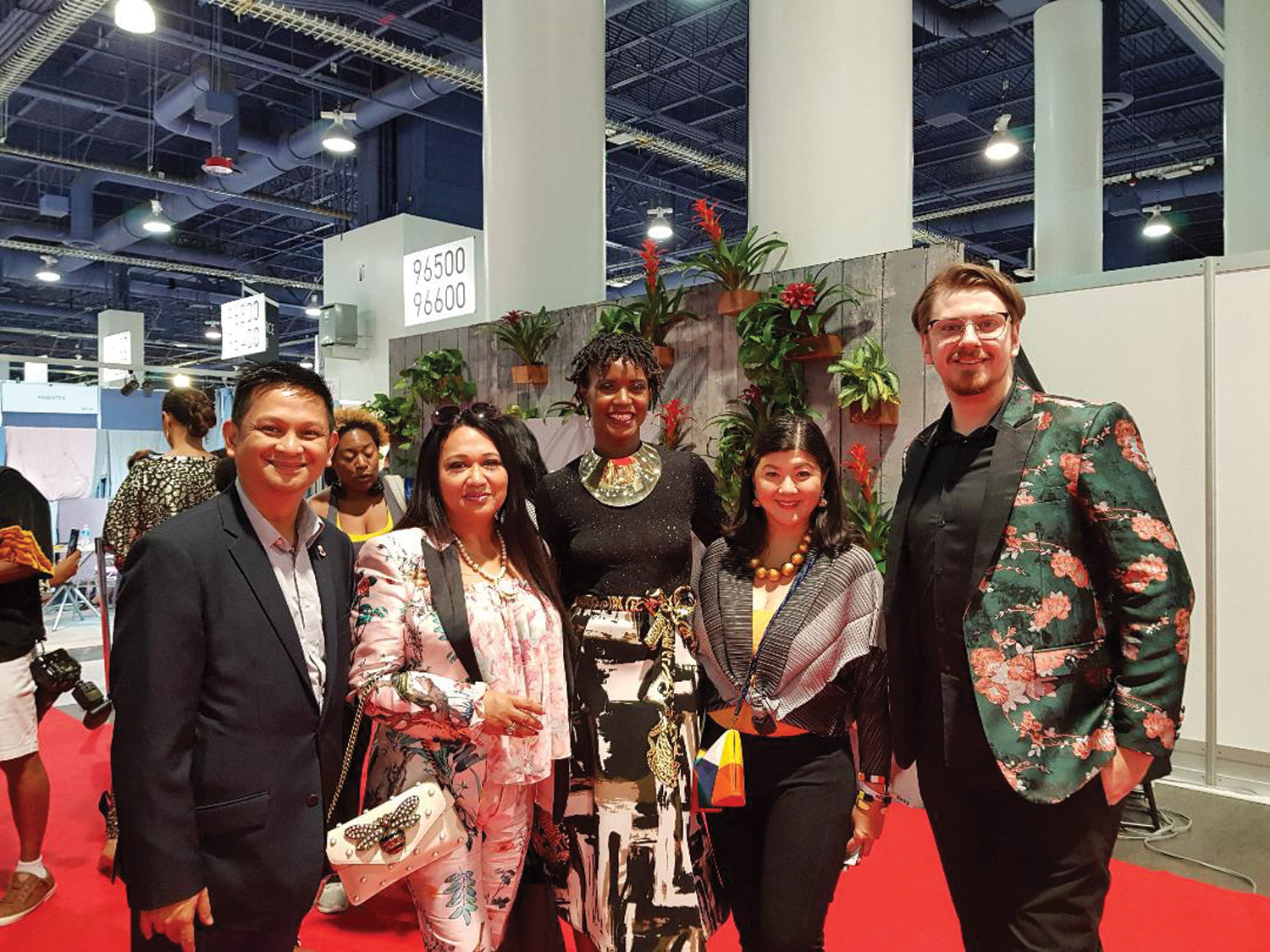 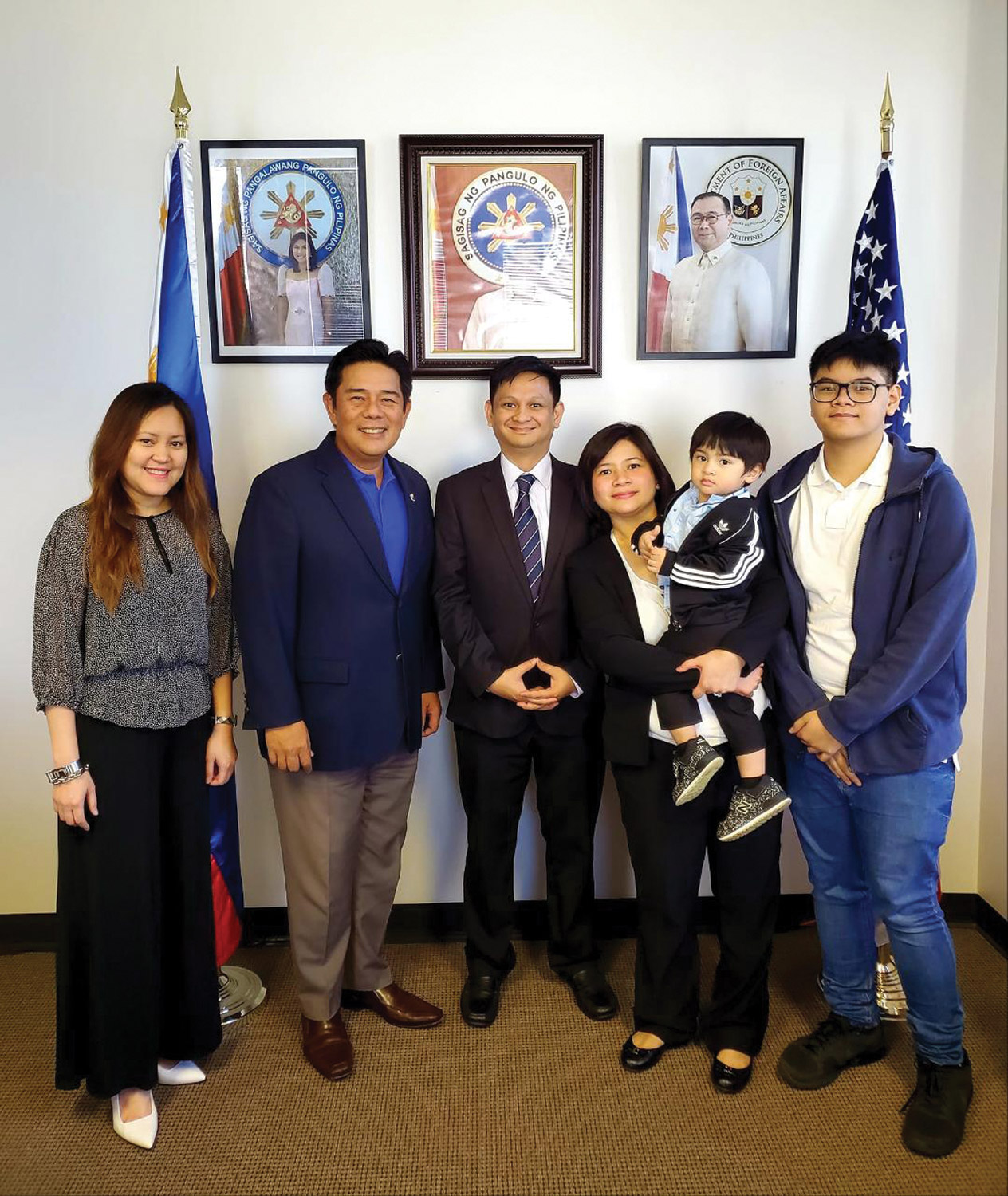 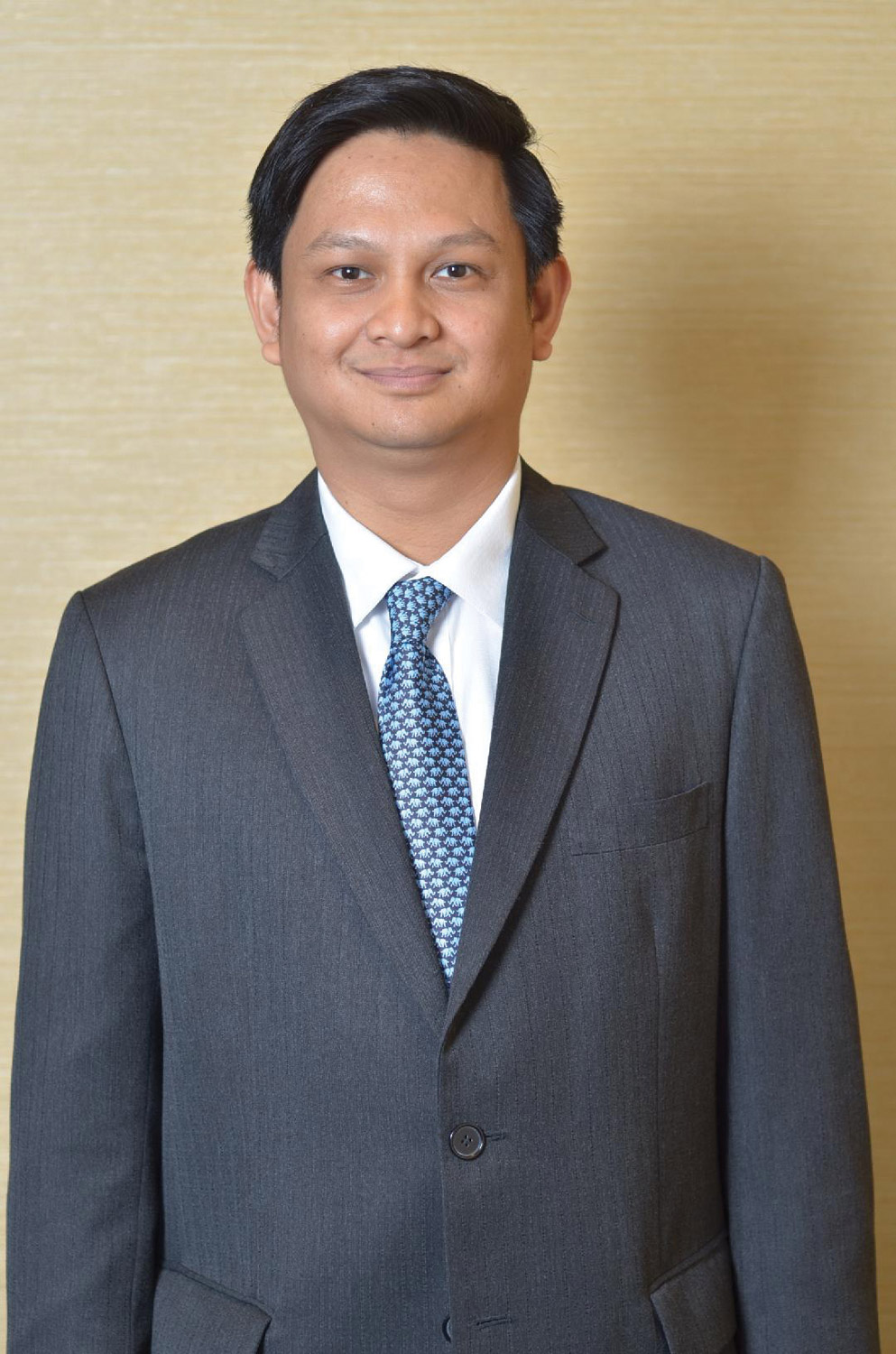 Eric Elnar is LA’s new trade commissioner, whose goals are to push investments in the Philippines and increase trade and business opportunities for Philippine brands in the U.S.

IN recent years, studies have shown that the Philippines continues to be an emerging market for economic growth. It is also considered as one of the most dynamic economies in the Asia Pacific region, with increasing urbanization, a growing middle income class and a large and young population.  These factors, among others, make the Philippines attractive for investment, and even position Philippine-based brands and companies wanting to crossover to the United States.

Eric Elnar, the new trade commissioner for the Philippine Trade and Investment Center in Los Angeles, is one of the proponents of investing in the Philippines and bringing more visibility to Filipino brands in the U.S market.

Before arriving in Los Angeles in July, Elnar was assigned in the United Arab Emirates for three years, and has held posts in Malaysia and Thailand before that. With over a decade of experience, the trade commissioner comes will be promoting the opportunities to Filipino Americans and the general market in Southern California, Nevada, Arizona, Texas, New Mexico and Hawaii.

Elnar spoke to the Asian Journal about possible investment opportunities for Filipino Americans in the Philippines and why the country could take advantage of the U.S.-China trade war.

Asian Journal (AJ): How did you enter public service?

Eric Elnar (EE): I was influenced a lot by my father who worked for the government for more than 45 years. His last post was a regional director for the Technical Education and Skills Development Authority (TESDA). He started off as a working student and was a janitor and went up the ranks. I saw a career in government service as fulfilling because it’s not just enriching somebody or contributing to a company. It’s all goes down to service to the people. My first job was also with TESDA in the National Capital Region in Taguig, where I stayed for a couple of years. But I wanted to get private sector experience so I moved to a market research company for a year before realizing that the private sector is not for me because it wasn’t as fulfilling. I went back to the government, first at the Philippine Retirement Authority, which encourages foreigners and former Filipino citizens to retire in the country and invest their money there.

With a small investment, a foreigner could have a retirement visa; depending on the age, it’s around $20,000 or $50,000. But there are now other programs where they can come into the program with proof of maybe a pension or proof of income or savings from abroad. We want to make sure the foreigner would not be a public charge. During my time, a lot of former Filipino citizens were joining, especially from California, because the Dual Citizenship Law was not yet passed.

AJ: How did this experience transition into the Department of Trade and Industry?

EE: I joined the Foreign Trade Service Corps as a commercial attache, which sent me to Malaysia and then I covered Singapore for a time. Second was Thailand, also covering Cambodia, Laos, Myanmar and Vietnam, all of the Indochina countries. Prior to Los Angeles, I was transferred to Dubai, which also came with a bigger territory of the Middle East and the entire Africa continent. The DTI then assigned me here to LA.

As an attaché, we’re tasked to promote Philippine exports so products and services coming from the country to the U.S. We are mandated to encourage investments into the Philippines from the U.S., such as big-ticket investments from Fortune 500 companies and also from the small and medium enterprises (SMEs). This past month of being here and in meeting with the Filipino American community, I’ve seen a lot of interest from SMEs and even individual Fil-Am investors to give back to the country and invest in the Philippines, particularly in real estate or small businesses like a franchise. Basically, we promote and protect Philippine business interests in the U.S. or wherever we are posted.

AJ: What were some of the top exports from the Philippines in the Asian countries you were assigned to?

EE: In Malaysia and Thailand, a lot of the products are similar to the Philippines. In ASEAN, we are part of a supply chain where some of the parts and raw materials come from the Philippines and are shipped to other countries for the products to be finished and made into consumer goods like cellular phones or tablets. But we were also able to promote some other products like food, especially packaged food and snacks. You’ll be surprised like the Jack and Jill brand under Universal Robina or Oishi under Liwayway were already in Malaysia and Thailand and set up factories for snack foods. We also trade raw materials like seafood for them to be packaged or for value adding. There is a lot of trade going on under ASEAN because of the zero tariffs so that’s the advantage.

AJ: Since moving here to LA, what are some of the emerging trends in terms of what Fil-Ams are interested in back in the Philippines?

EE: I see a lot of growth in franchising, particular in Filipino brands. There is a lot of interest in Fil-Ams and even Americans in general for Filipino food. You see influencers talking about the cuisine being ‘the next big thing’ so I think it also translates to our restaurant concepts, not only those based here in the U.S., but also to other brands that we can bring into the U.S. market. It’ll also draw attention to our food products, maybe snack foods or ingredients, particularly in the mainstream market using easy mixes, like Mama Sita’s for example, to cook their food. Our vision really is to promote it in bigger places like Costco or Target so a bigger chunk of the U.S. population can enjoy them.

AJ: How can the Philippines benefit from its longstanding relationship with the U.S.?

EE: With the U.S.-China trade war going on, the Philippines can be at an advantage.

The Philippines is, of course, a friend of the U.S. and we enjoy a ‘most favored nation’ status wherein we get some of the best tariff rates among exporting countries to the U.S. We are competitive with other countries because we have zero or lower tariffs compared to other countries.

AJ: Real estate investing has been promoted for many years, but are there any other opportunities in the Philippines to look into?

EE: In Dubai, for example, we saw a lot of emerging Filipino fashion designers and even designers who are catering to Hollywood clients. The Philippines is known for its design and the materials we use — normally a lot of natural materials not available in other countries, like shells and real wood. When you apply these to products, it’s unique in the sense that other countries cannot come up with these designs. This is our advantage when it comes to design-related products.

If we have Filipino American businesspeople and professionals who want to start a business in the Philippines, we can help them set up it. We want to be their one-stop-shop to provide the information and resources they would need. For example, if they want to manufacture in the Philippines, we can link them with manufacturers. We see a lot of services being used, not only call centers, but back-office operations like business process outsourcing. Before I left for LA, I visited a company in the Philippines doing California taxes for SMEs here so what they do is transcribe tax forms that are required to be in digital form. These are things we can do in the Philippines. Before, outsourcing was only open to bigger companies but now, smaller ones can avail too by renting out one or two office spaces.

AJ: Are there any brands that are planning to break out in the US market?

EE: We are working on a number of them, one being a casual-dining family restaurant. But one of my mandates here is to help the small businesses do businesses in the Philippines. Trabaho, Negosyo at Kabuhayan (TNK) – it’s a financial literacy program for the DTI. We will conduct seminars to encourage Filipino Americans to invest or start their own businesses. Franchising is one of the opportunities we can offer them. We work with organizations like the Philippine Franchise Association to help us vet franchises that could be offered.

AJ: What are some of your big goals

EE: My term is up to six years and I hope to stay here for that time so we can really make a dent on the market. My main goal really is to mainstream Filipino products. Right now, we see these products available at Filipino or Asian markets but we hope to have them crossover to mainstream retail like Costco and Target. Our vision is that the products fit in naturally; for example, if it’s snack food, it should be in the same aisle as Lays or Ruffles. We’ve heard of Jollibee buying Coffee Bean and that’s something we’re proud of. We also hope to bring more Philippine brands here, not just for Filipinos to enjoy but everyone as well.

This interview has been condensed and edited for clarity.