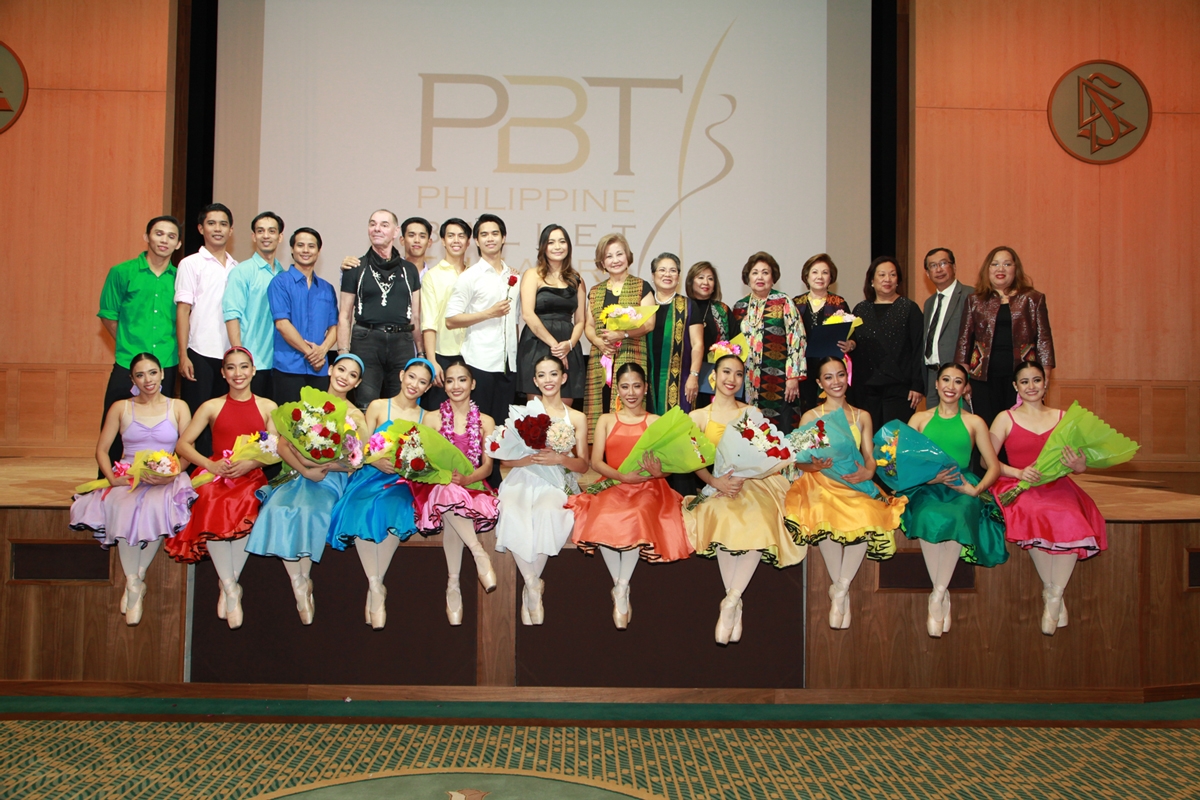 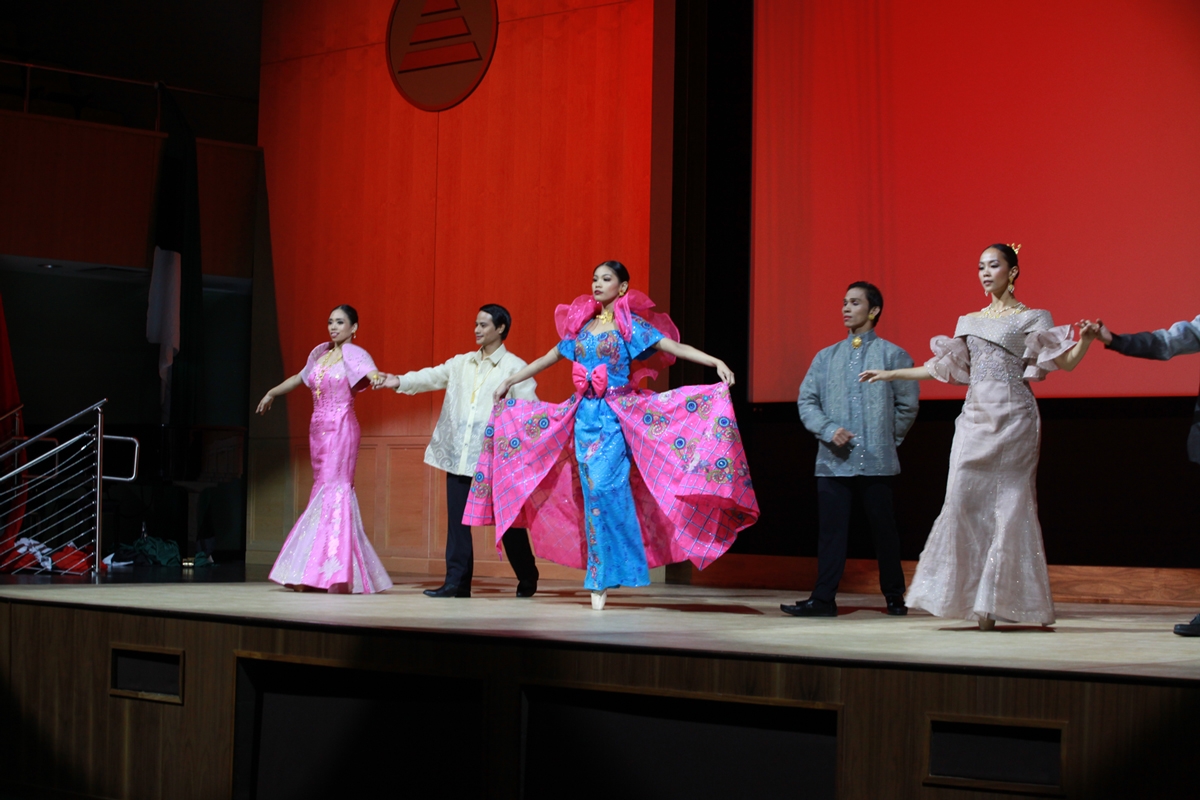 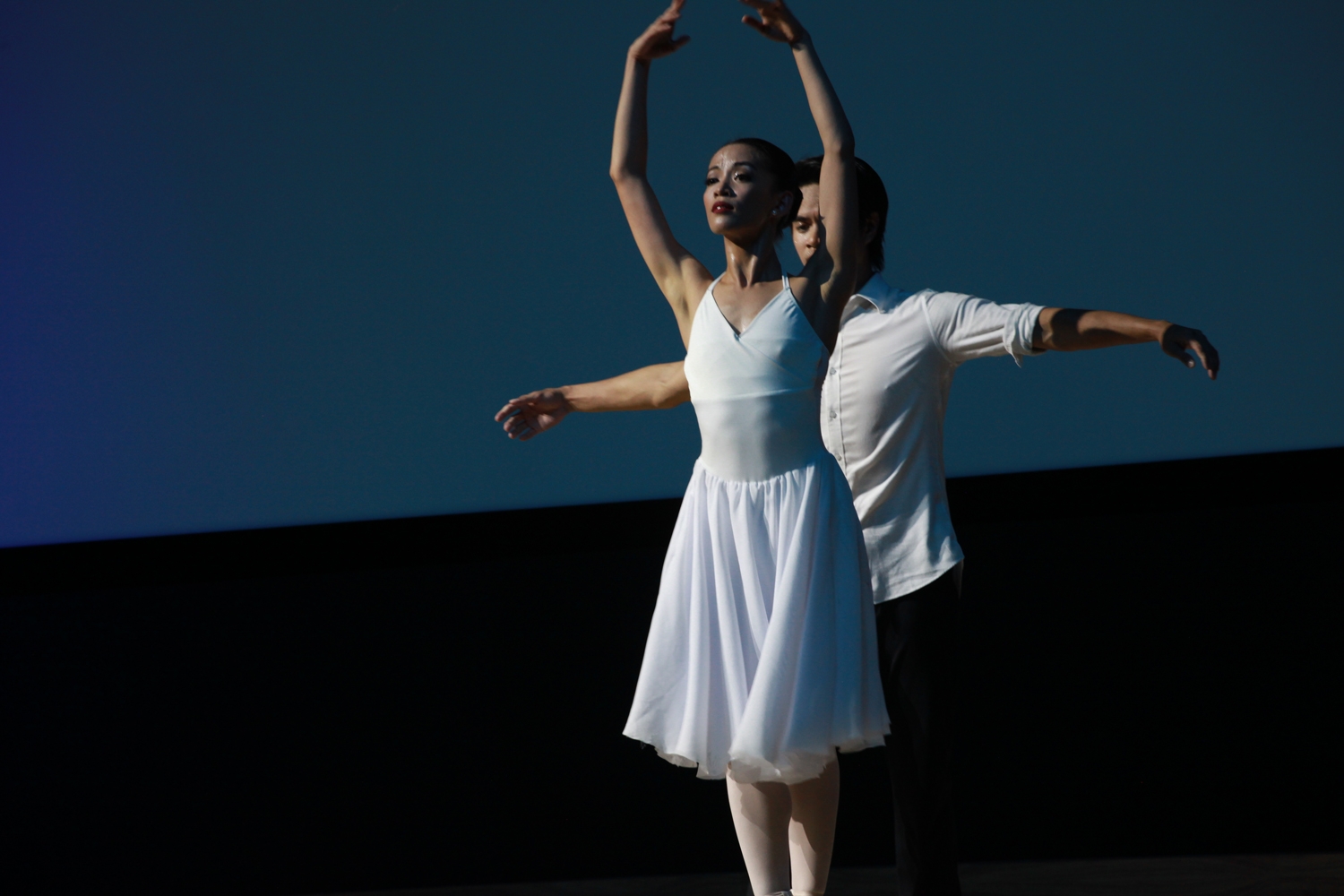 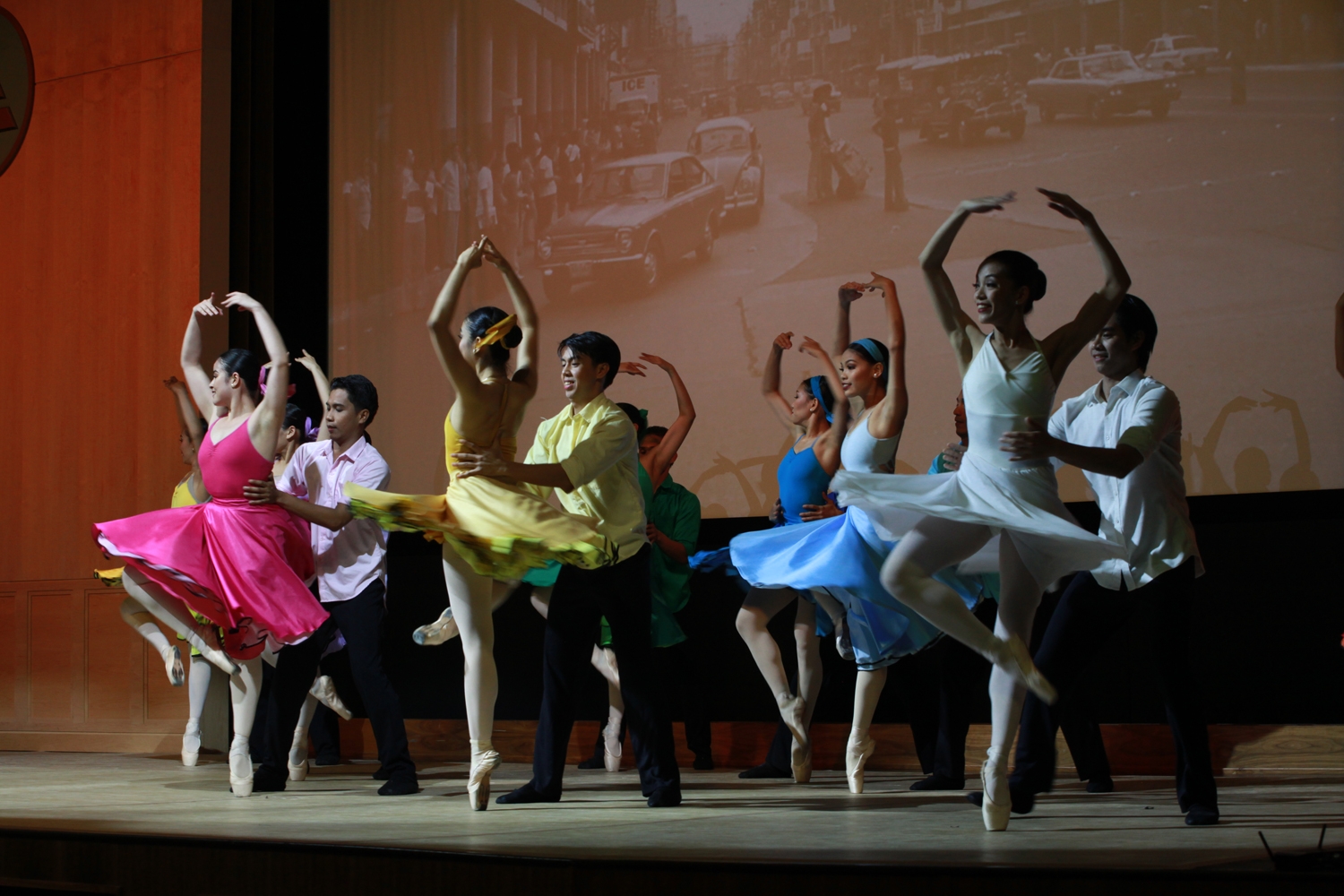 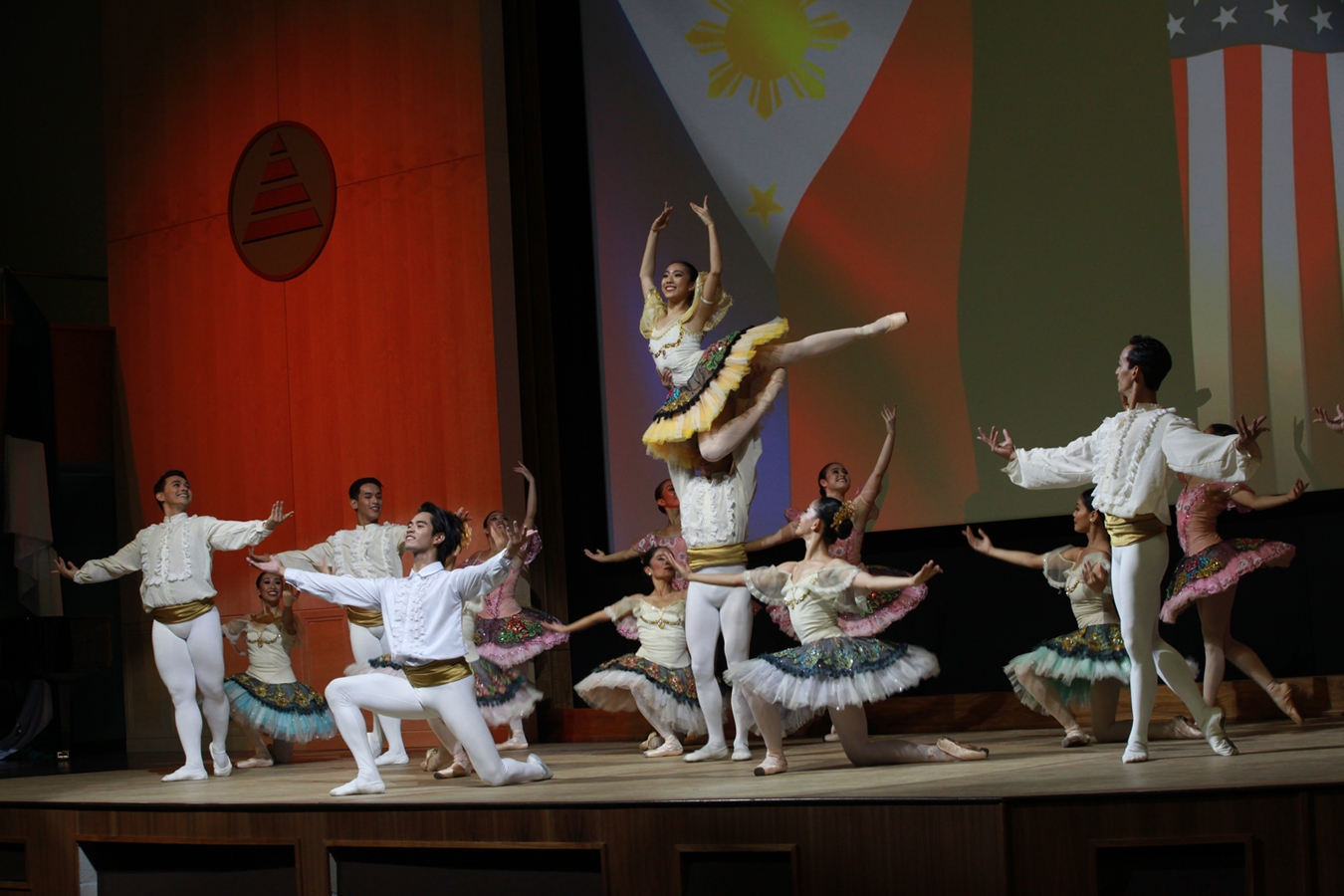 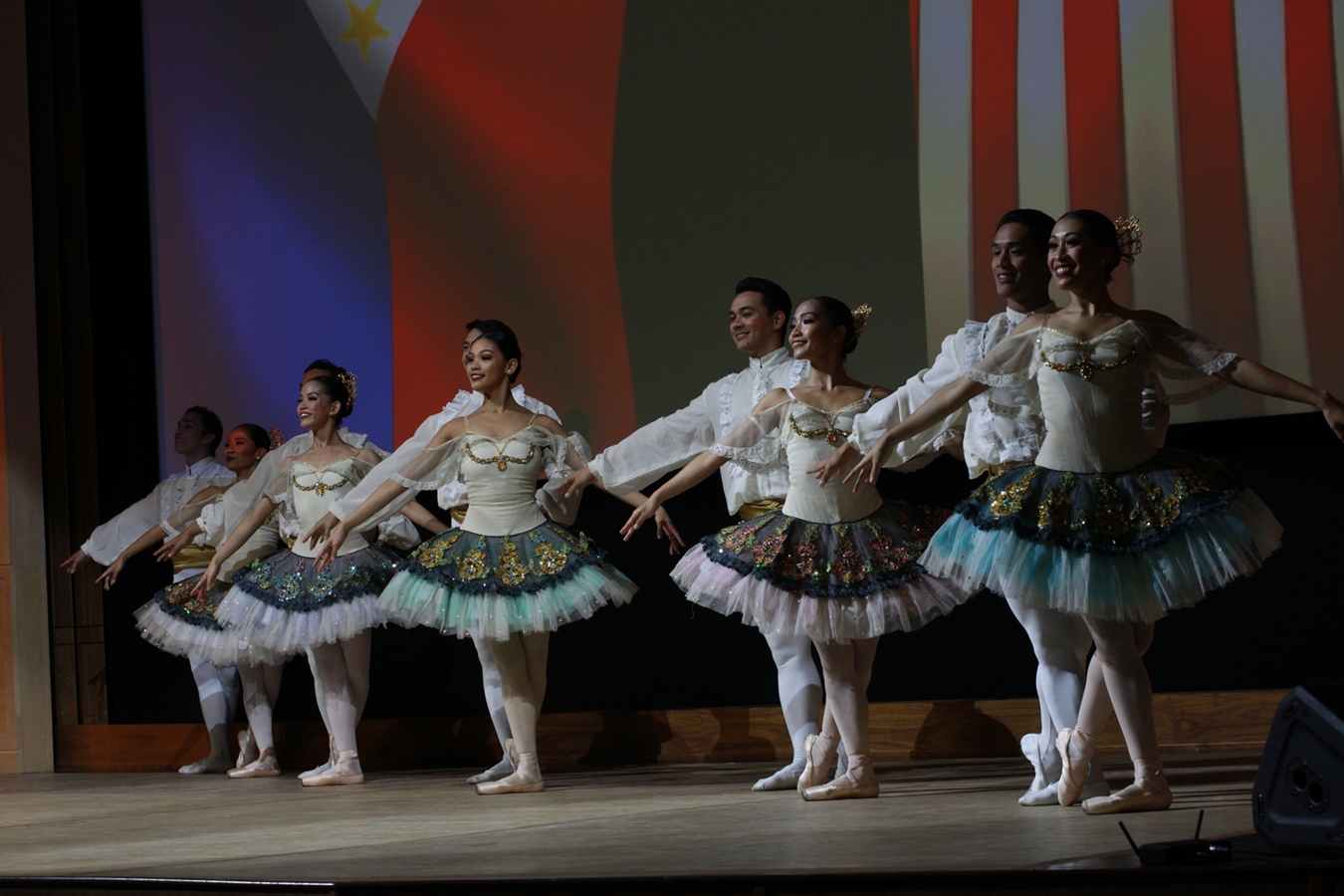 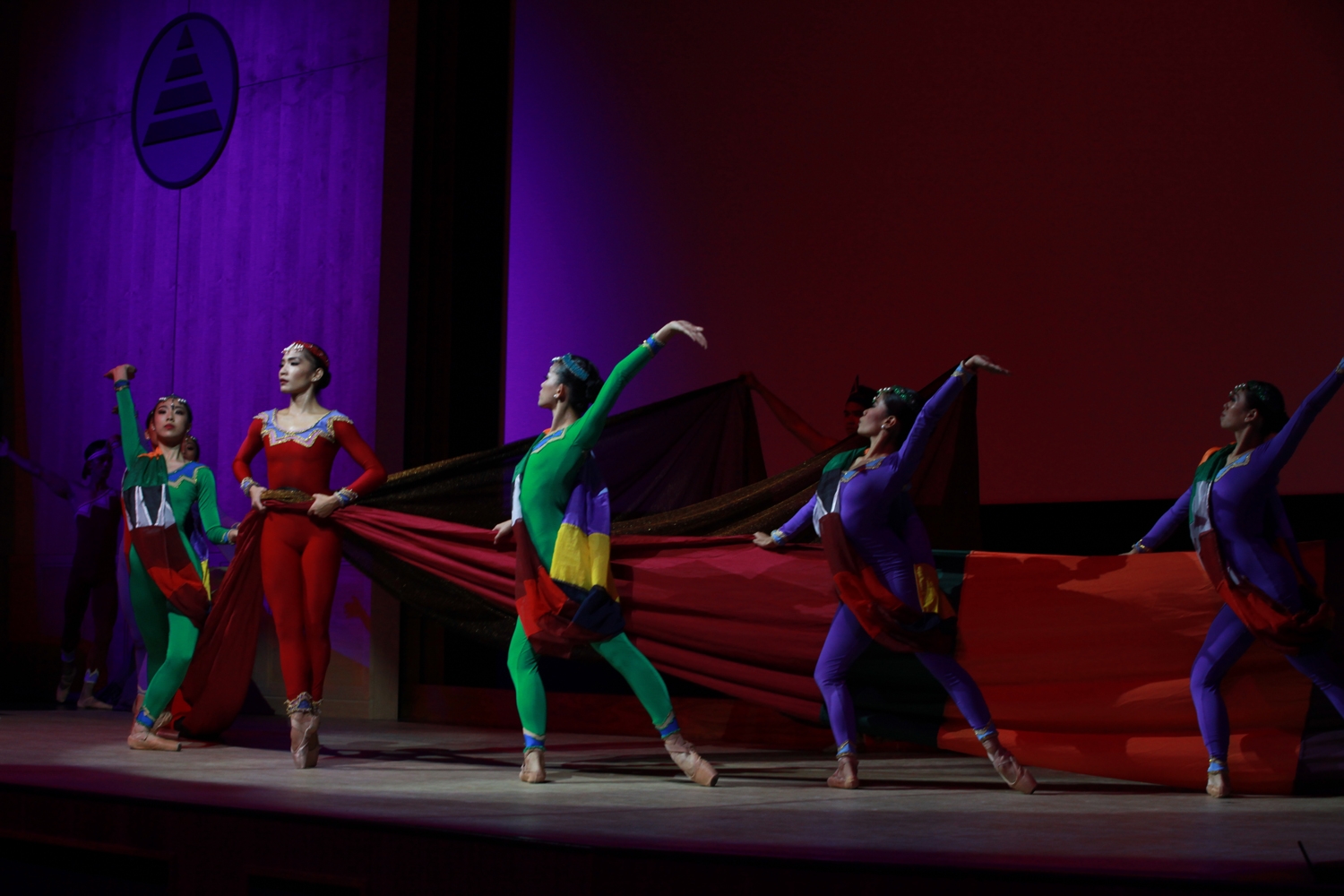 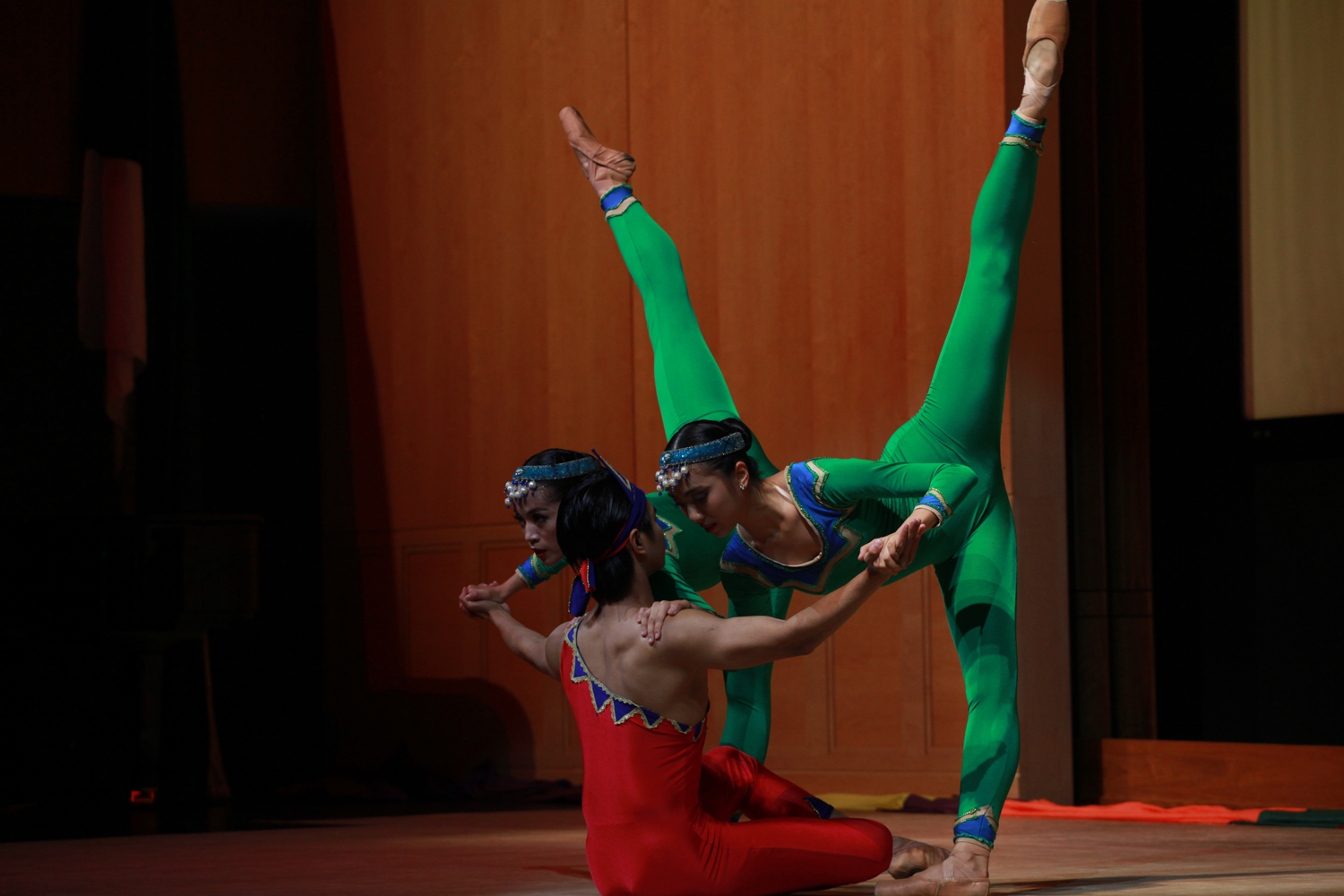 RESOUNDING applause filled the auditorium as the dancers of the Philippine Ballet Theatre (PBT) made their finale curtsies on Saturday, June 15. The energetic company of 20 dancers showed their prowess through mastery of the pieces, and challenging throws and catches that literally had the audience ‘ooh-ing’ and ‘aah-ing’ and bursting into applause as ballerinas jeté into the arms of the strong danseurs.

The PBT was founded during the aftermath of the EDSA Revolution. The company was formed as a response to the clamor to support ballet artists and companies that felt left out by the Cultural Center of the Philippines (CCP) during the previous Marcos regime. In 1986, The CCP agreed to give minimal funding and a seasonal home to the fledgling group at the Tanghalang Nicanor Abelardo.

Active dance companies called the “Festival Four” that assimilated and formed the PBT were Totoy de Oteyza and Inday Mañosa’s Hariraya Ballet Company; Eddie Elejar and Tony Fabella’s Manila Metropolis Ballet; Tita Radaic, Eddie Elejar, and Julie Borromeo’s Dance Theater Philippines; Eric Cruz and Vella Damian’s Dance Concert Company.  National Artist Leonor Orosa Goquinco and Sony Lopez Gonzales integrated with the Festival Four, and with all of them combined, PBT was born. The company has staged over 100 full-length ballet suites and danced over 300 invitational performances, both local and international for the past 33 years.

The carefully curated dance repertoire exhibited the hard work of ballet training is both evident and invisible, as the lithe dancers’ expressive movements and grace transported the audience back to the Philippines as they performed pieces from their dance repertoire that exhibited diverse Filipino culture and themes.

‘Dancing on pointe,’ the requisite technique in ballet of dancing on one’s toes in special toe shoes, was the very unique way PBT opened the show while modeling the exquisite work of Filipiniana designer Cora Manimbo and filigree jewelry master Oskar Atendido.

Manimbo, a long-established name in the Philippine fashion industry, showed her spectacular couture pieces fashioned from indigenous Philippine fabrics — some of which take up to six months to embellish by native tribal craftswomen.

From the handwoven reds and yellows of Northern Luzon, to the golden embroidery on purple and blue silks of Mindanao, the mere sight of dancers on pointe flicking their vibrant skirts and grasping their butterflied sleeves ever so coyly was a grand statement on its own.

Classical crossover tenor Jon Paul Puno prepared the audience for even more grandeur to follow. “Ballet for Everyone” is the unifying effort of PBT to bring the study of dance to under-served communities in the Philippines. Most of these dancers are scholars of PBT’s Cultural and Outreach Program.

“Filipino Masterpieces” presented the varied cultures of the North and South Philippines “VInta” had the dancers utilizing malongs and manipulating long swaths of fabric masterfully to evoke the movement of the colorful sails of the Vinta, the traditional boat of Mindanao. It was a vision bathed in rich color as directed by PBT’s Artistic Director, Ronilo Jaynario.

“Mantones De Manila” comprised of several settings, including “Sa Sala” and “Sa Entablado.” The first suite had the dancers cavorting in Maria Claras while flashing and twirling the intricate Spanish shawls called “manton.” The second was an homage to Filipino American friendship, uniquely utilizing marching band music, both American and Filipino, giving the ballet a wartime entertainment flavor. This ballet was choreographed by the esteemed Tony Fabella, who also designed the costumes.

“Dancing in Once Voice,” originally staged in 2015, is a pioneering concept in Philippine ballet, choreographed to contemporary pop and classical singers’ interpretations of popular familiar songs. PBT says “while not strictly Filipino in content, the timeless and ageless appeal of the songs surely attract Filipino as well as foreign audiences…”

“Serye at Sayaw” though originally performed with live singers, puts popular OPM (original Pilipino music) in a sequence that tells a story. PBT explains that is is “another PBT original celebrating the sentimental and evocative power of OPM songs, as Filipinos have come to know them through popular teleseryes or TV dramas.  The music serves as the backdrop to the story of Marguerite, a prima ballerina who brings the audience along with the highs and lows of her life and loves.”

Closing with “Kay Ganda Ng Ating Musika” further established the power of the Cayabyab-penned anthem heralding not only Filipino music, but Philippine dance as well. If there is a crossover dance category, the PBT has exemplified it with a world-class performance, as evidenced by the audience’s generous applause that evening of June 15 in North Hollywood.

Los Angeles City Commissioner for Public Works Jessica Caloza presented Philippine Ballet Theatre with Certificates of Recognition signed by LA Mayor Eric Garcetti. Caloza mentioned that as a patron of the arts, ballet is her favorite form of dance.

For just one night, the PBT brought a piece of the Philippines to Los Angeles in a vibrant display of talent and to show the accessibility of the art of ballet.