Part I: How to build a house of bricks in any season 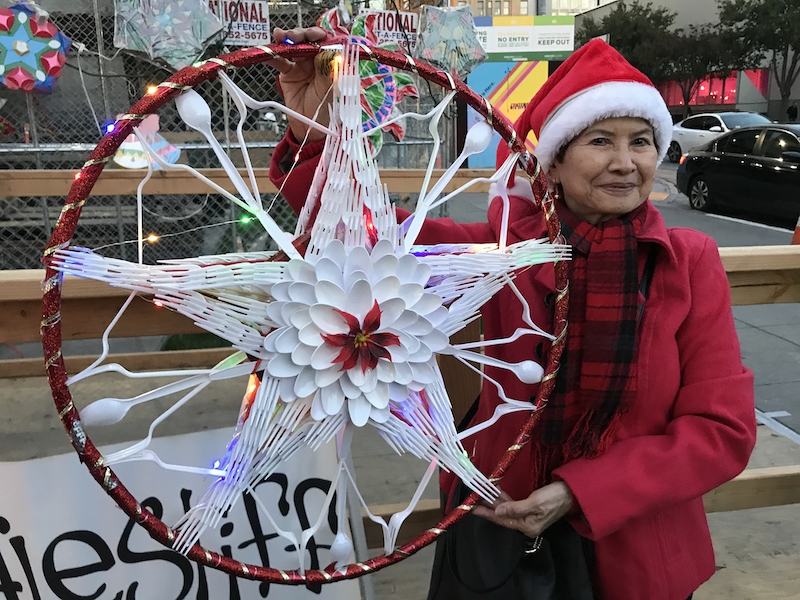 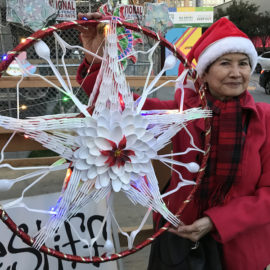 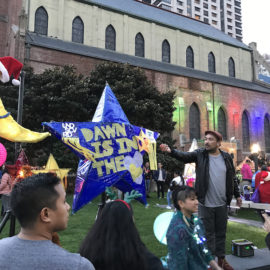 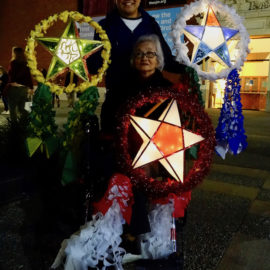 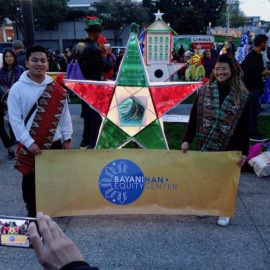 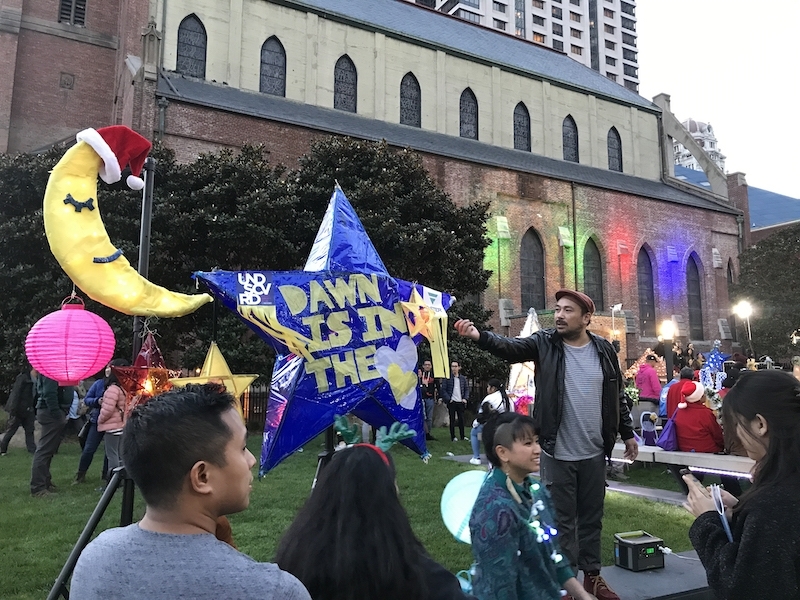 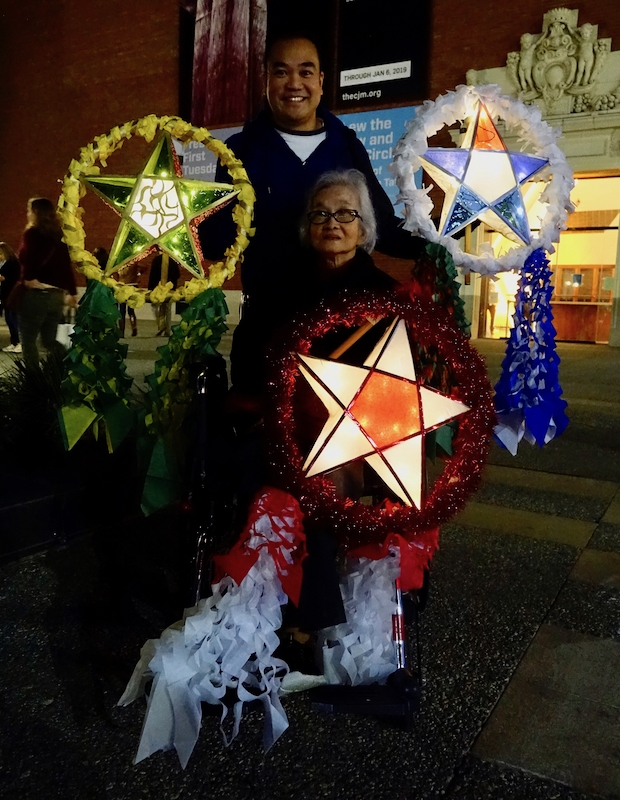 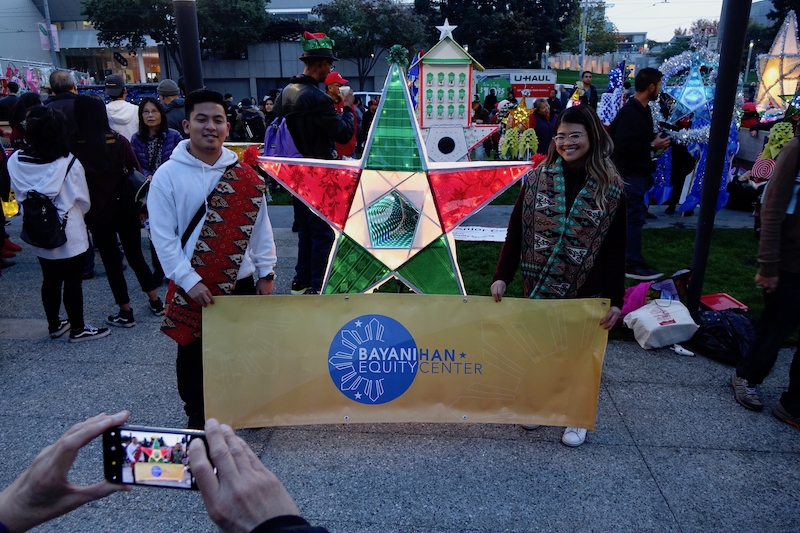 THE parol lantern has always been the symbol of hope, blessings, luck and peace for Filipinos during the holiday season.  This star-shaped lantern can be found lighting up windows in Filipino homes back home and even all over the world.  In San Francisco, the Filipino American community has kept this tradition alive with the annual Parol Lantern Festival and Parade.

Traditionally made out of bamboo and paper, patterns of the parol evolved from the five-pointed paper star lantern originally crafted in 1908 by an artisan named

Francísco Estanislao. The parol, derived from the Spanish ‘farol’ (lantern), shares similarities to global traditions like Diwali, the mid-autumn festival, and both indigenous Filipino and Christian traditions. Competitions are held around the world, with “Ligligan Parul” in San Fernando, Pampanga being the largest. The parol symbolizes the victory of light over darkness and the Filipinos’ hope and goodwill during the holiday season.

Now on its 17th year, the San Francisco Parol Lantern Festival and parade will light up SOMA Filipinas, Filipino Culture Heritage District on Saturday, December 14, at the Yerba Buena Gardens, Jessie Square, and St. Patrick’s Church, from 3:30 p.m. to 8 p.m.

Community members will create hand-made parol lanterns to display at this free, family-friendly event. The festival features a parol lantern parade, a gallery of handmade parols, live music, dance performances, and a sampling of traditional Filipino desserts and delicacies.

“The Parol Lantern Festival is a beautiful annual celebration of culture, community and light that has become a beloved tradition in the Yerba Buena neighborhood. We look forward to it every year!,” said Linda Lucero, Executive/Artistic Director ofYerba Buena Gardens Festival

This year’s theme, “Tayo Ang Liwanang / We Are The Light,” will honor the resilience of leaders, artists, youth, student groups, and families who have faced political and economic challenges for decades in San Francisco and the Bay Area.

Since the 1960s, Filipino families have come together in the face of these challenges in the Moscone Center/Yerba Buena Gardens/South of Market district. The Parol Lantern Festival is not just a celebration but also a reflection of history in the area which has long been a site of resistance against community displacement. It is a reminder of the community’s strength and the ways it has continued to rise up.

“The Parol Lantern Festival is symbolic of our Filipino culture visibly celebrated in our new home in the U.S., SOMA Pilipinas,” said Bernadette Borja Sy, Director of the Filipino American Development Foundation and Bayanihan Community Center

The founder of the Parol Lantern Festival MC Canlas also shared that the event was inspired by a tradition in his hometown, San Fernando, Pampanga.

“It became a uniting force for the different organizations [in SOMA Pilipinas] to come together and showcase their strength and community,” Canlas said.

A highlight of the festival is “A Taste of Pilipino Christmas,” a free sampling (while supplies last) of an assortment of traditional Pilipino sweets and delicacies, including tsampurado with tuyo flakes (chocolate rice pudding sprinkled with dried fish flakes), bibingka (sweet rice flour cake garnished with fresh shredded coconut), and lechon (roasted suckling pig) made by local chefs from the community.

Another festival highlight is a community-wide performance of Sayaw sa Ilaw (Dancing in the Light) and Sagayan. Choreographed and led by master of Philippine Dance Sydney Loyola, Sayaw sa Ilaw is rooted in the indigenous practice of dancing as prayer and offering of gratitude and for a bright future. Inspired by the sun and the stars, the performance aims to recall indigenous practices of celebrating fruitful harvests, a good year, and to meditate on and prepare for the future.

Led by dance artist Jonathan Mercado, Sagayan is inspired by the indigenous practice of dancing as prayer and offering to drive away bad luck and open space for good fortune. It is based in the Sagayan warrior dance of the Maguindanao and Maranao people in Mindanao, Philippines. Sagayan warrior dancers will ignite the spirit of the Parol Lantern Festival’s Yerba Buena Gardens loop stroll marchers as well as spiritually cleanse and open the main festival space at Jessie Square.

The SF Parol Lantern Festival is a collaborative project by the Filipino American Development Foundation (FADF) and Kularts. They are hosting several workshops for groups, families, and individuals to learn how to make their own Parol Lantern over the next two weeks.

Parol Lantern Workshops will be held Friday evenings leading up to the December 14 festival at the Bayanihan Community Center, 1010 Mission Street, from 5:30 p.m. to 8:00 p.m.

Participants are encouraged to enter in the Parol Lantern competition, and a cash prize of $500 will be awarded to the most creative design.

Sydney Loyola and dance artist Jonathan Mercado are held Mondays and Wednesdays from 6:30 p.m. to 9 p.m. at the Bayanihan Community Center, 1010 Mission Street in SOMA Pilipinas.

To register for a parol lantern or dance workshop visit www.parollanternfestival.com.