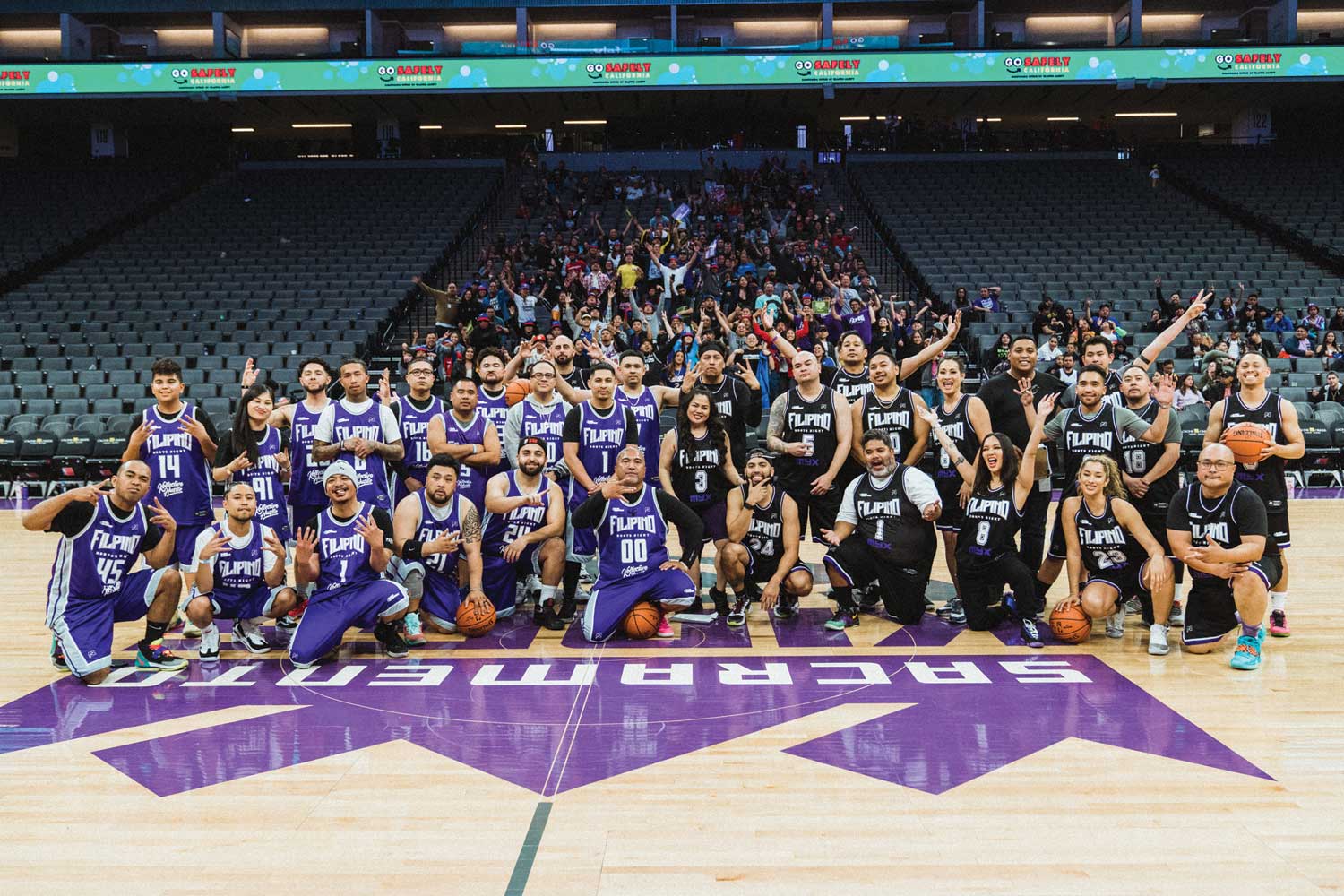 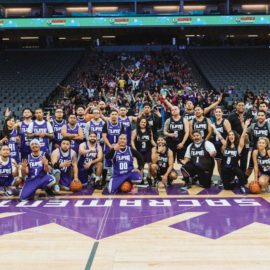 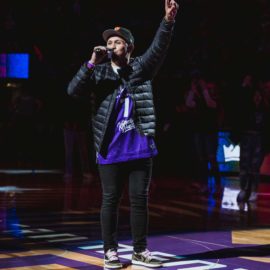 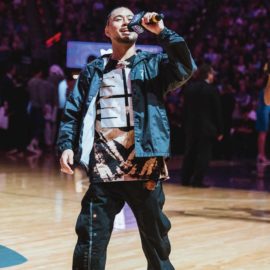 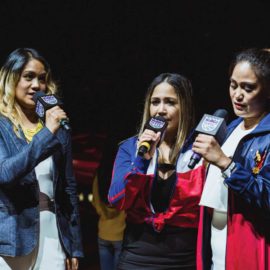 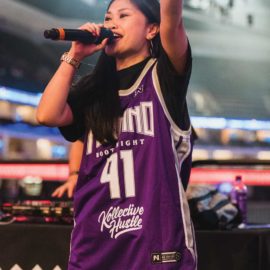 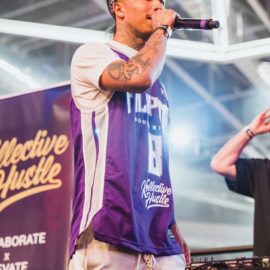 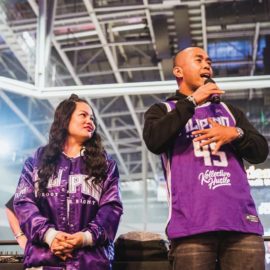 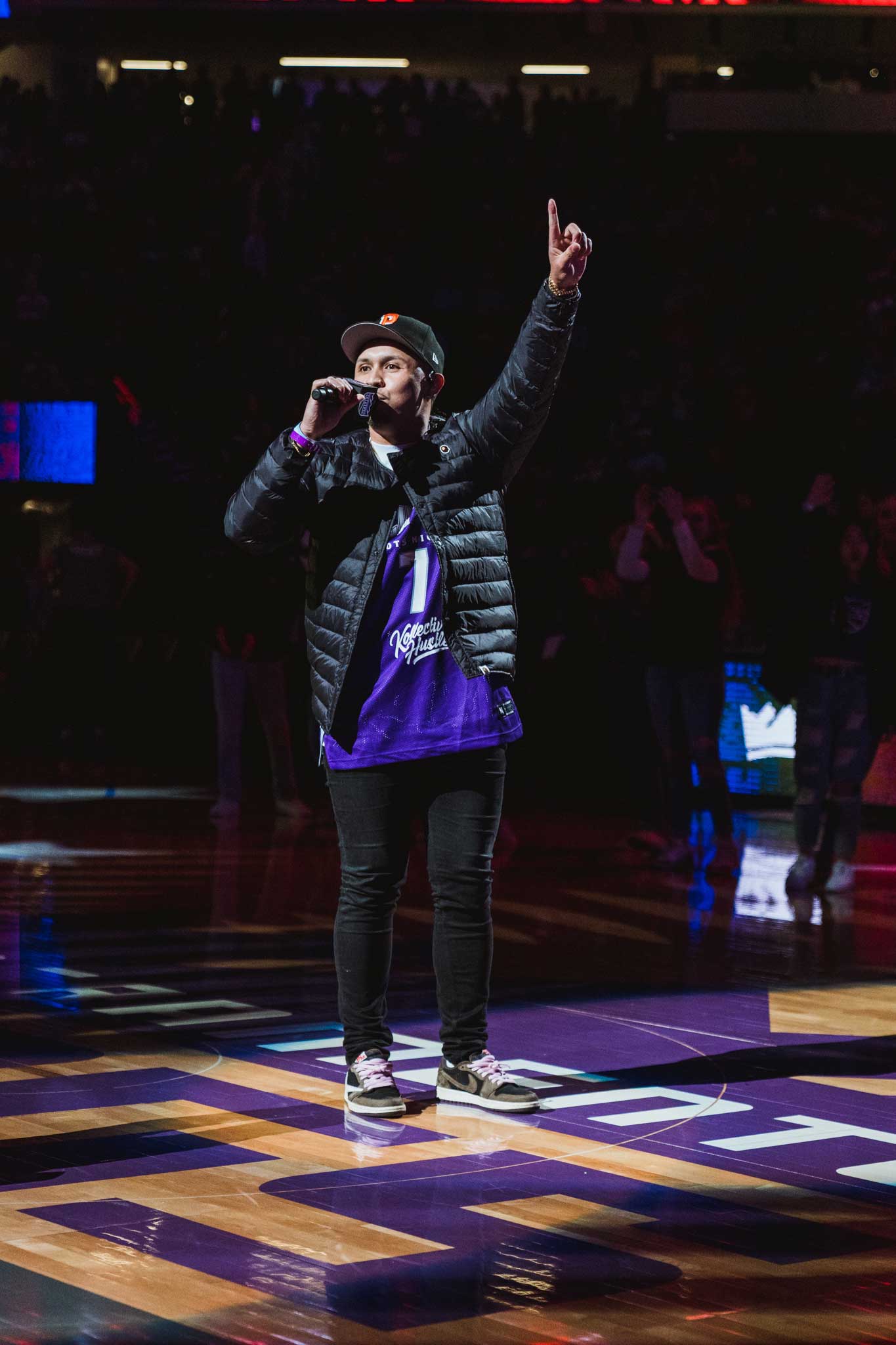 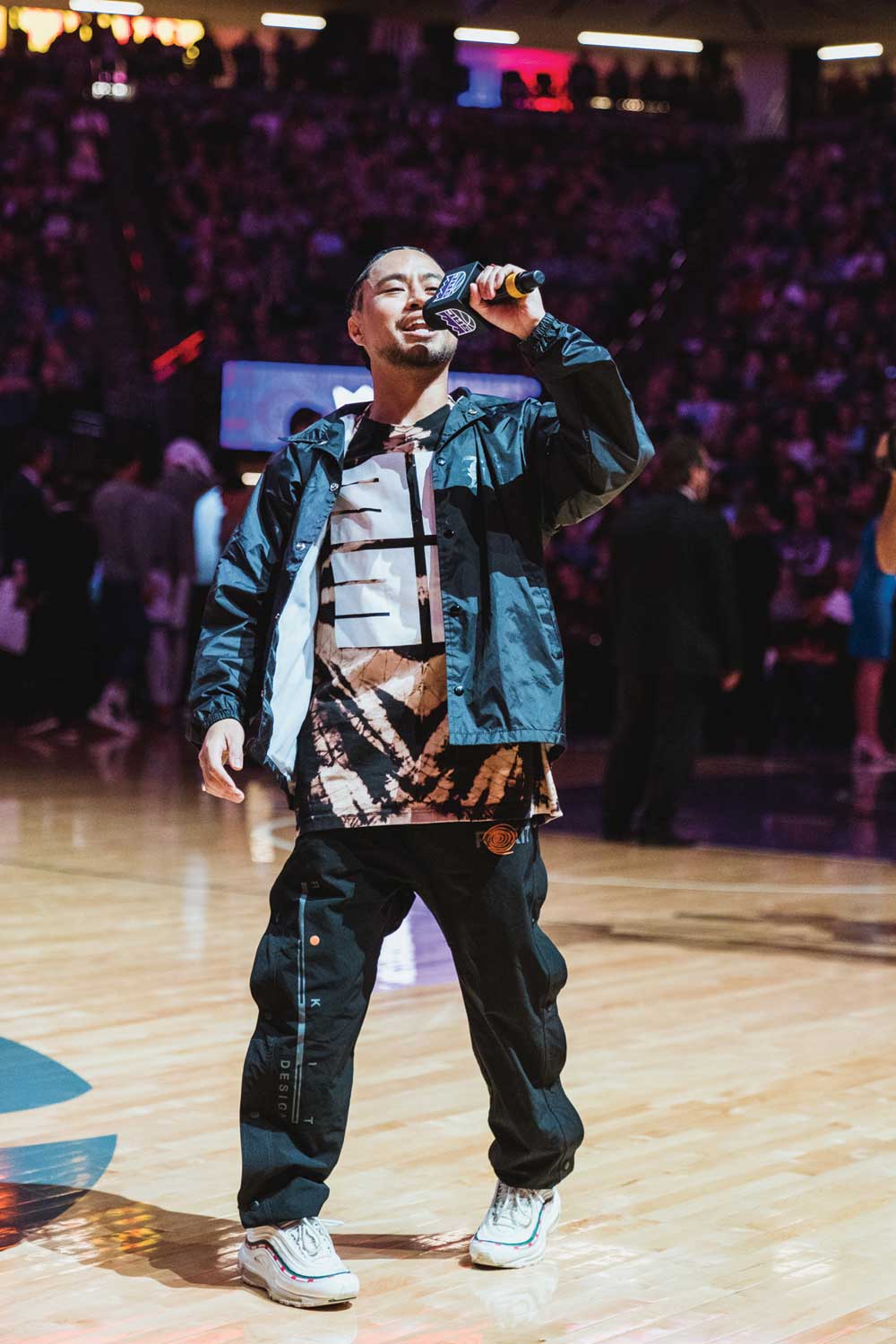 SACBxY danced with his TRYBE crew and performed original songs. 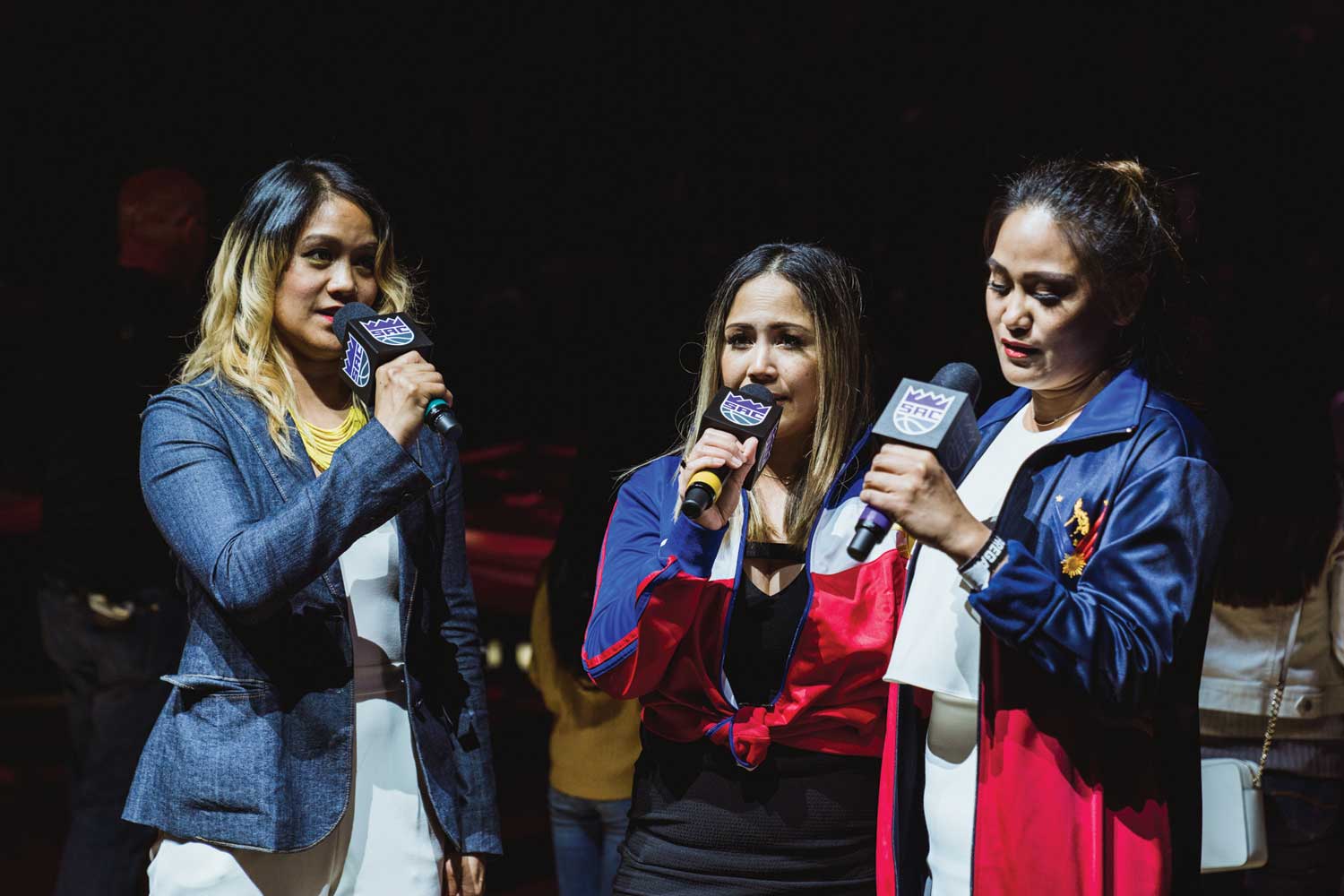 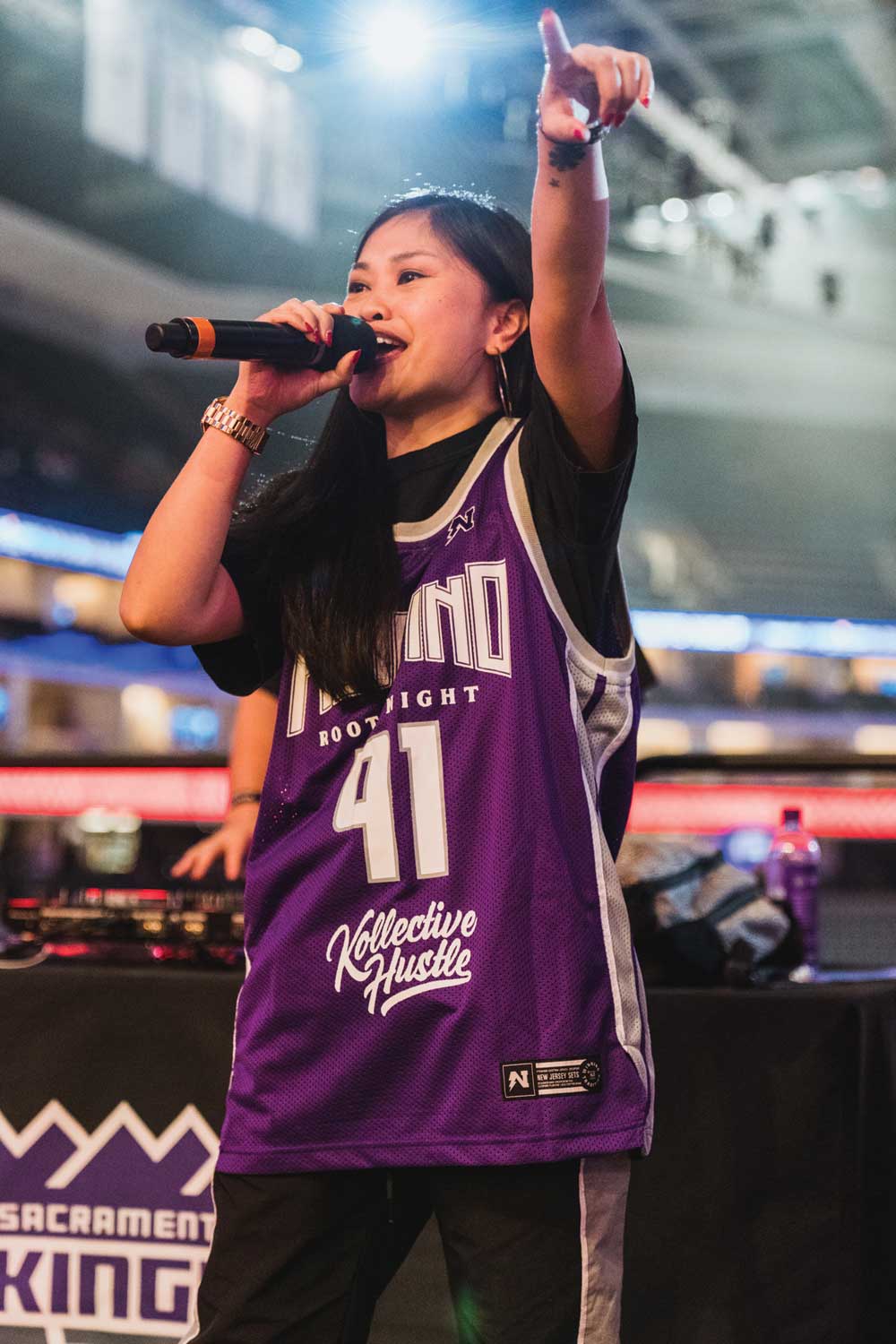 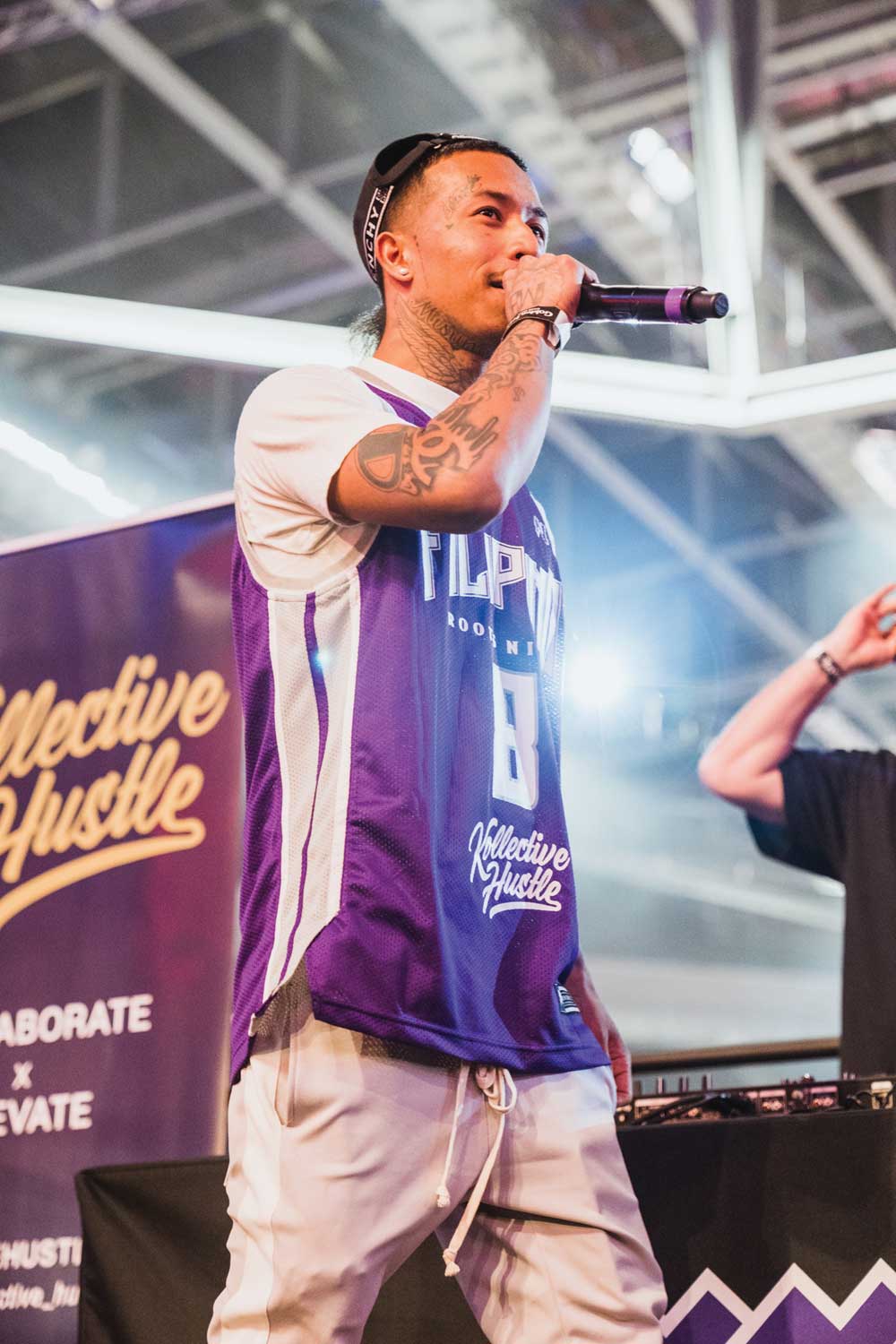 Rapper MBNel, who is originally from Stockton. 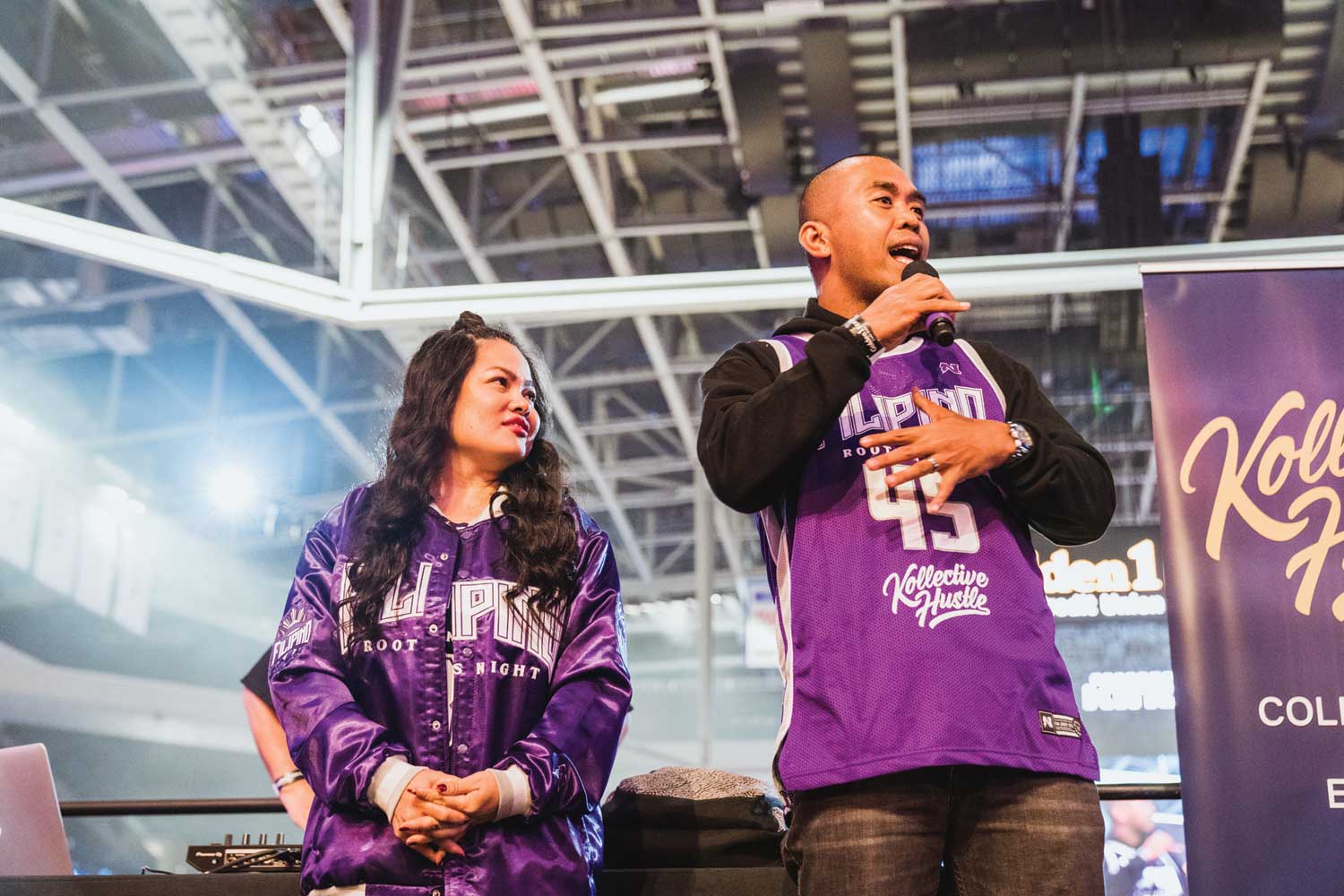 FILIPINO pride, talent and the collective love for basketball were in full display on Tuesday night, March 3 at the Golden 1 Center in Sacramento, California.

Over 17,000 fans packed the center for the Sacramento Kings game versus the Washington Wizards. While it was a win for the Kings that night, it was extra special because the game was dubbed “Filipino Roots Night,” featuring performances from Bay Area Filipino American talent like P-Lo, SACBxY (Phil Tayag), Ruby Ibarra, MBNel, and One Vo1ce, and a post-game match with Fil-Am influencers.

It was presented by Cache Creek, myx, Kollective Hustle and the Filipino Channel (TFC).

Roslynn Alba Cobarrubias, ABS-CBN Global Head of Music and Talent, said events like these are opportunities to bring Filipino talent to mainstream stages.

“It’s been a new rewarding and purposeful mission in life to create shining opportunities like this not only for the entertainers and artists in our community, but the entrepreneurs and influencers too to inspire the next generation of passionate and creative ‘kollective hustlers,’” Cobarrubias said.

The night kicked off at 6 p.m. with Pinay rapper Ruby Ibarra and MBNel, both of whom grew up in northern California.

Ibarra, who went to school at nearby UC Davis, said being able to perform at a Kings’ game while celebrating her culture was her “worlds colliding.”

“It’s extremely important for a world-renowned sports team like the Sacramento Kings to recognize communities like Filipino Americans. A lot of people in our community have a deep love for basketball, and for many of us, a lot of these athletes are our idols and heroes,” Ibarra said. “Many of us grew up watching and loving basketball because I think it relates to the immigrant experience — basketball is about community, hard work, and resilience. So for us to see brown faces performing on the court or unified and celebrated in the stands— it’s beautiful. It’s particularly empowering for young Filipino Americans to see us represented and normalized in these spaces.”

Added MBNel, “Back home in the Philippines, a lot of people are in tune with basketball, they love the NBA. You saw the stuff they did for Kobe, the mural they made, they are just really big on that and we are big fans here too. I feel like we deserve the recognition that we are getting from these professional teams.”

Female trio One Vo1ce, who recently reunited and recorded their fourth album, sang the national anthem.

“It feels great to reunite to perform the National Anthem here, near our hometowns in Northern California, representing our community. We have shared the stage with artists like Pink and Destiny’s Child, but events like these are not only monumental, but special in our hearts,” the group said.

SACBxY — who’s best known for his choreography and appearance alongside Bruno Mars in music videos like “Finesse” with Cardi B. and his live performances at the Super Bowl with Beyonce and at the 2016 GRAMMYS — not only danced with his TRYBE crew, but performed his own original song as well, singing his new single, “in mY way,” for the first time that features the “SACBxY” dance craze popular on TikTok. He recently released a music video for the song that was shot live during rehearsals and during the live performance.

At half-time, rapper and producer P-Lo amped up the crowd with his performance of his top hits showing the fresh sound coming out of the West Coast rap scene. He has worked with top artists like Chris Brown and G-Eazy and is no stranger to performing at professional sporting events. He recently performed in Miami during Super Bowl weekend and alongside E-40 during the 49ers NFL Playoff game.

“I played basketball in junior college and growing up Filipino, basketball was such a big part of my life, so it’s always fun to hoop it up on the court after these heritage nights, like we did for three years at the Staples Center and now in Northern Cali in Sacramento against Team Anthony Presents,” the rapper said.

After the game, Fil-Am influencers and entrepreneurs divided into “Team Anthony Presents” and “Team P-Lo,” with the latter team winning.

The night also featured New Jersey Sets’ exclusive Filipino Roots Night jerseys. The company creates custom clothing for high profile TV shows like MTV’s Nick Cannon’s Wild N’ Out and is owned by Filipino husband and wife, Kevin and Jackie Grey. The team gives back to the community by having a company based in the Philippines that designs and creates the specialty jerseys for specialty events/teams. myx x Kollective Hustle co-branded New Jersey sets “Filipino Roots Night” jerseys are currently on sale for a limited time at newjerseysets.com.

Cobarrubias said that more Filipino heritage nights will be held with other sports teams, like Los Angeles Dodgers with Baseballogist throwing the first pitch on June 2, as well as the annual night at the LA Clippers sometime in the fall.