Across the Islands, Immigration
June 6, 2020
by Ritchel Mendiola
0

The Philippines has welcomed home over 35,000 overseas Filipinos since the coronavirus outbreak, the Department of Foreign Affairs said on Friday, June 5.

At least 13,566 land-based OFs have been repatriated while 21,829 are cruise ship crews, the agency reported.

Foreign Affairs Undersecretary Sarah Lou Arriola said that more repatriates from Japan, France, Dubai, Abu Dhabi, Bahrain, Washington, and South Korea are expected to return to the country within the next few days.

“It was announced that starting next week, the quota (for OFs arrivals) will increase to 1,200 each day, so there will be more repatriates,” she said in Filipino. 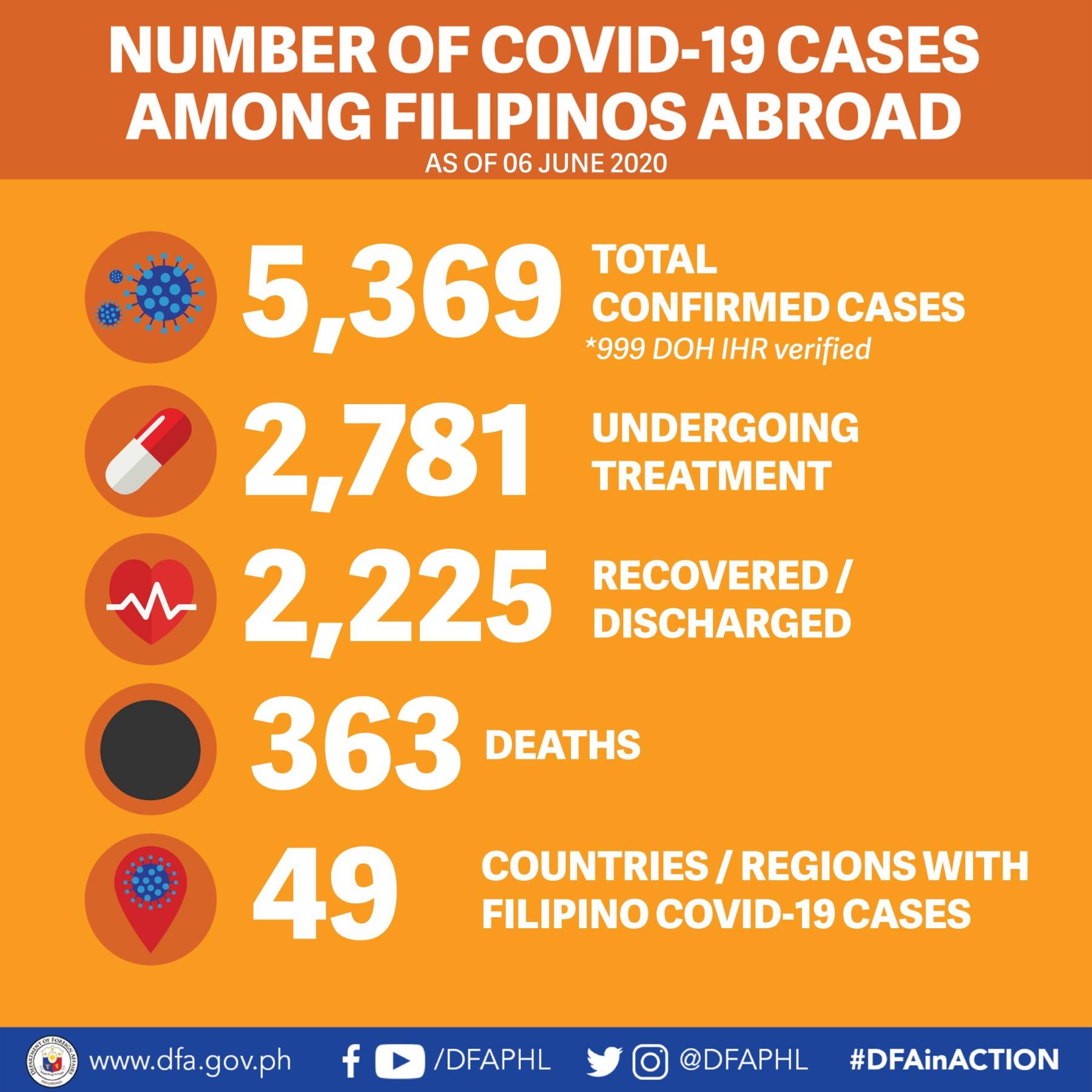 “Weekend figures on COVID-19 cases among Filipinos abroad reported by the DFA, through its Foreign Service Posts, reveal only 8 new confirmed cases across three major geographic regions, 13 new recoveries in the Americas and Europe, and 2 new fatalities in the Middle East,” the agency said.

It also recorded four fatalities from the Middle East, raising the death toll to 361.

Meanwhile, the new recoveries recorded from the Americans and Europe brought the number of recovered Filipinos to 2,781.

The Asia Pacific region, which spans across 12 countries, has 521 cases, with 155 under treatment, 364 recoveries, and two deaths.

The Americas — covering six countries like the United States — have 661 reported cases, with 265 undergoing treatment, 244 recoveries, and 152 deaths.

“Regional comparative data shows that to date, the Middle East has the highest recorded COVID-19 cases at over 3,300 and consequently, also in terms of total patients undergoing treatment and total recoveries at over 1,900 and over 1,300, respectively. While the Americas still has the highest number of fatalities at 152, followed by [the] Middle East at 118,” the DFA said.

Meanwhile, the Philippines has recorded 20,626 COVID-19 cases, with 987 fatalities and 4,330 recoveries.
Previous Article

Duterte: Gov’t running out of funds amid coronavirus pandemic