Across the Islands
February 25, 2021
by Ritchel Mendiola
1 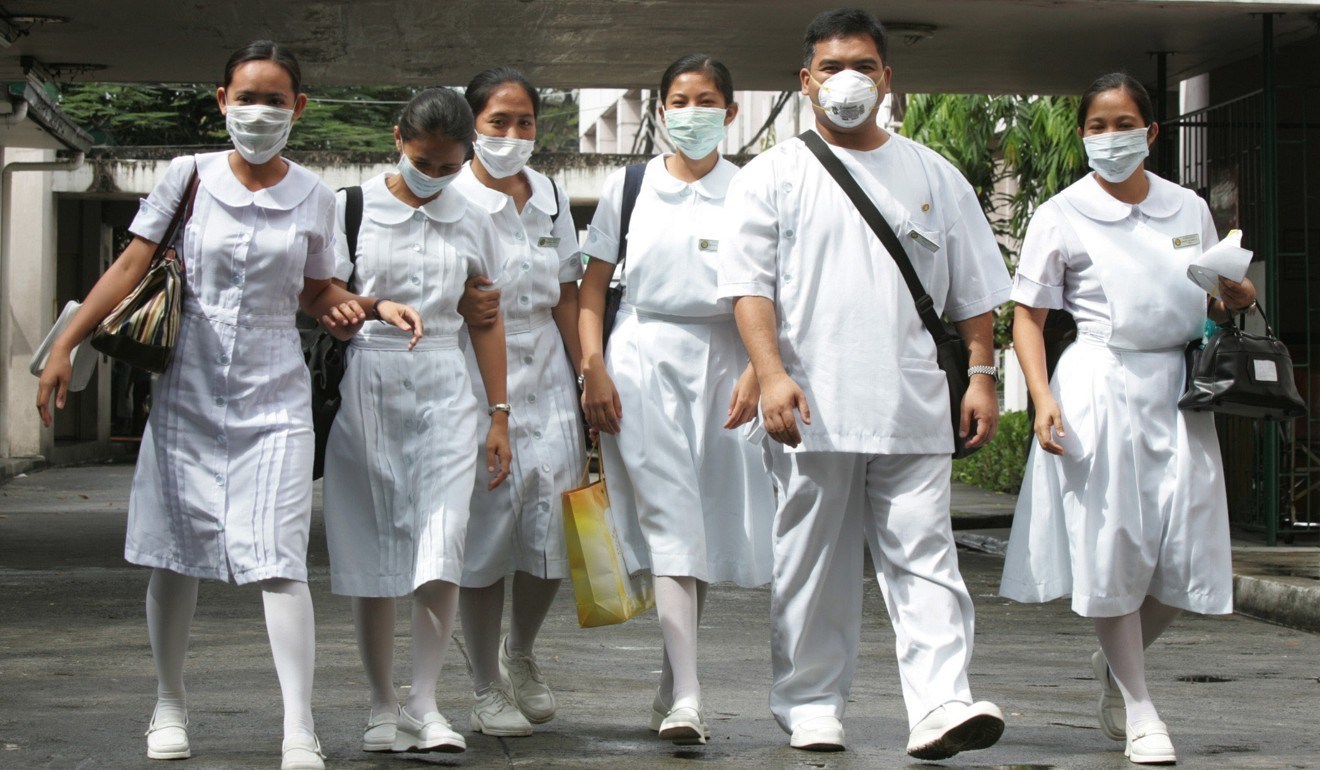 THE Philippine Department of Labor and Employment (DOLE) is under fire after one of its officials said that the agency is open to lifting the cap on the deployment of Filipino health care workers in exchange for COVID-19 vaccines from the United Kingdom and Germany.

“Secretary Bello’s request is for our (Overseas Filipino Workers), these are the OFWs that were repatriated, who are here in the country including those who will be deployed. It is important, especially those who are set to leave since many countries who are hiring migrant workers want workers that have been vaccinated,” she said in a virtual forum.

“Also, Secretary Bello requested for their government to give us vaccines especially for our OFWs,” she added.

However, the plan was met with criticism from medical workers as well as labor groups.
“We are disgusted on how nurses and health care workers are being treated by the government as commodities or export products,” Jocelyn Andamo, secretary-general of the Filipino Nurses United, told Reuters.

“Hindi namin gusto iyong the way it is being expressed na as if ‘yung ating mga nurses ay like a commodity. Para kaming bagay na pwedeng ipagpalit to any goods na magbe-benefit ‘yung traders (We do not like the way it is expressed that as if our nurses are like commodities that can be traded for any goods to benefit traders),” said PNA President Melbert Reyes

Meanwhile, the Nagkaisa Labor Coalition stressed that the “dignity of our Filipino health workers [is] not for sale.”

“This dehumanizing policy of exporting our own labor as barter—which Neferti Tadiar refers to as ‘new-industrial slavery’—has long been ‘a component part of the conditions of globalization,’ but it is more glaring now that we are bartering our own healthcare workers for vaccines,” he said.

Former senatorial candidate Erin Tanada, on the other hand, blamed the government and its supposed failure to procure vaccines.

“Human Trafficking… Barter Trade… is this the way we look at our health care workers or workers in general?” he said in a tweet.

“Or is the bigger story the FAILURE of the government to procure the right number of vaccines for our country so they had to resort to embarrassing measures…” he added.

DOLE: No complaints about treatment of Filipino workers in US

A nurse’s firsthand account amid the pandemic: ‘It’s not a matter of if, but when’