Malacañang on Thursday, July 9, said the termination of the Visiting Forces Agreement (VFA) between the Philippines and the United States remains suspended and is not lifted.

This announcement came after Senator Ronald Dela Rosa revealed that the U.S. Embassy in Manila had called him to fix his canceled visa. the development came after President Rodrigo Duterte’s phone call with U.S. President Donald Trump in April.

“Ang posisyon naman po ng Pilipinas, insulto ang nangyari na hindi binigyan ng visa ang isang halal na senador ng bayan (The Philippines’ position is that it is an insult that a senator has not been granted a visa),” he said.

Dela Rosa, on July 8, said he received a call from the U.S. Embassy informing him that he can process his U.S. visa.

“We can only surmise that I might have been a beneficiary in the changes in foreign policy. The President did not say that the VFA will be honored again if I could have my visa back. But he said he was mad at the visa revocation. It might be because of the changes in the situation in the West Philippine Sea, relationship with China and other factors that were considered in President Trump and President Duterte’s talk,” he added.

On June 2, Foreign Affairs Secretary Teodoro Locsin Jr. announced that the Philippines has suspended the termination of its Visiting Forces Agreement with the United States in light of political and other developments in the region.

Permanent residence based on same-sex marriage

Palace: PH should get close to $16 billion compensation from US 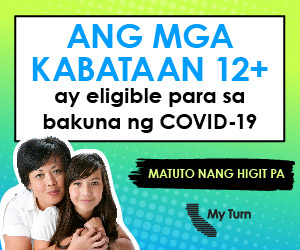