Across the Islands
October 16, 2020
by Ritchel Mendiola
0 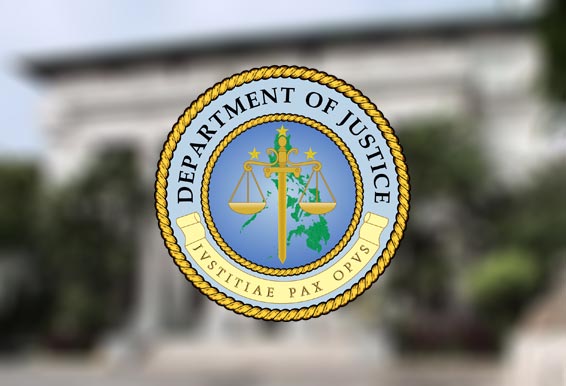 The implementing rules and regulations (IRR) of the Anti-Terrorism Act of 2020 (ATA) have been completed and approved by the Anti-Terrorism Council (ATC), the Philippine Department of Justice (DOJ) announced on Wednesday, October 14.

“The ATC has approved today (Oct. 14) the IRR of the ATL crafted by a technical group led by the DOJ. We will disseminate copies to Congress and to law enforcement agencies as required under the law, and will publish the IRR online and in a newspaper of general circulation in the next few days,” said Justice Secretary Menardo Guevarra.

The IRR will be effective once it has been published and registered with the Office of the National Administrative Register (ONAR) at the University of the Philippines Diliman, Quezon City.

“Yes we clarified what it means and what other laws should be followed. We clarified all of it and it abides by the Constitution,” he said in Filipino.

“The IRR clarifies what our law enforcement agencies should do. What is more important is it should guide the people to follow the law. It’s for all of us, not just the police or authorities that will enforce it,” he added.

The Armed Forces of the Philippines, for its part, welcomed the approval of the IRR.

“This will surely capacitate and empower the AFP to run after, assist in the arrest and prosecution, and secure our country and people against terrorist organizations, associations, groups, individuals, proponents, and supporters,” AFP spokesperson, Marine Maj. Gen. Edgard Arevalo, said Thursday, Oct. 15.

The anti-terror law, signed by President Rodrigo Duterte on July 3, took effect on July 18.
Under the new law — which expands on the Human Security Act of 2007 — incitement of terrorism can be done “by means of speeches, proclamations, writings, emblems, banners or other representations…without taking any direct part in the commission of terrorism.”

Those arrested and detained may be held for 14 to 24 days.

The new law enables the suspected “terrorist” to also be placed under surveillance for 60 days, extendable by up to 30 more days, by the police or the military.

Acts punishable under the law include:

• Engaging in acts intended to cause death or serious bodily injury to any person, or endangers a person’s life;
• Engaging in acts intended to cause extensive damage or destruction to a government or public facility, public place, or private property;
• Engaging in acts intended to cause extensive interference with, damage, or destruction to critical infrastructure;
• Developing, manufacturing, possessing, acquiring, transporting, supplying or using weapons; and
• Releasing of dangerous substances, or causing fire, floods or explosions.
• Any person who proposes, incites, conspires, participates in the planning, training, preparation, and facilitation of a terrorist act, as well as those who will provide material support to terrorists and recruit members in a terrorist organization, will also be penalized by life imprisonment without the benefit of parole.

[OPINION] We are responsible for change