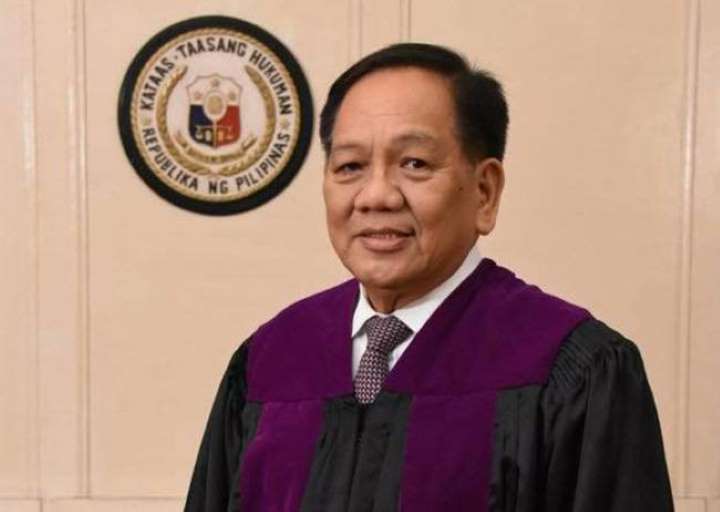 ASSOCIATE Justice Diosdado Peralta on Wednesday, October 23, was named as the new chief justice by President Rodrigo Duterte, replacing Chief Justice Lucas Bersamin who retired from the tribunal on Oct. 18.

“We are certain that with Chief Justice Peralta at the helm of the Supreme Court, the Judiciary will continue to be well-managed as it thrives to uphold the principles of judicial excellence, integrity, and independence,” presidential spokesperson Salvador Panelo said, confirming the appointment.

Peralta has been serving the SC for more than a decade, starting on Jan. 13, 2009 when then-president Gloria Macapagal-Arroyo appointed him to the high court.

When he faced the Judicial and Bar Council panel on October 2, Peralta shared the criticisms he received for not being a Bar topnotcher or an honor student as well as his dreams of leading the SC.

“If I remember what I have experienced since I started working, it’s hard. I think I deserve to be chief justice because I worked very hard all these years,” he said.

According to Peralta, his work experiences “are more than enough to compensate with what they say that I do not deserve because I’m not a topnotcher or I’m not an honor student.”

“I hope you have to take those into consideration that there is hope for an individual like me,” he added.

Peralta applied thrice for the chief justice position. The first two times he applied, he lost the position to retired chief justice Teresita Leonardo de Castro and then Bersamin.

Peralta will serve as chief justice until March 27, 2022, when he reaches the mandatory retirement age of 70.