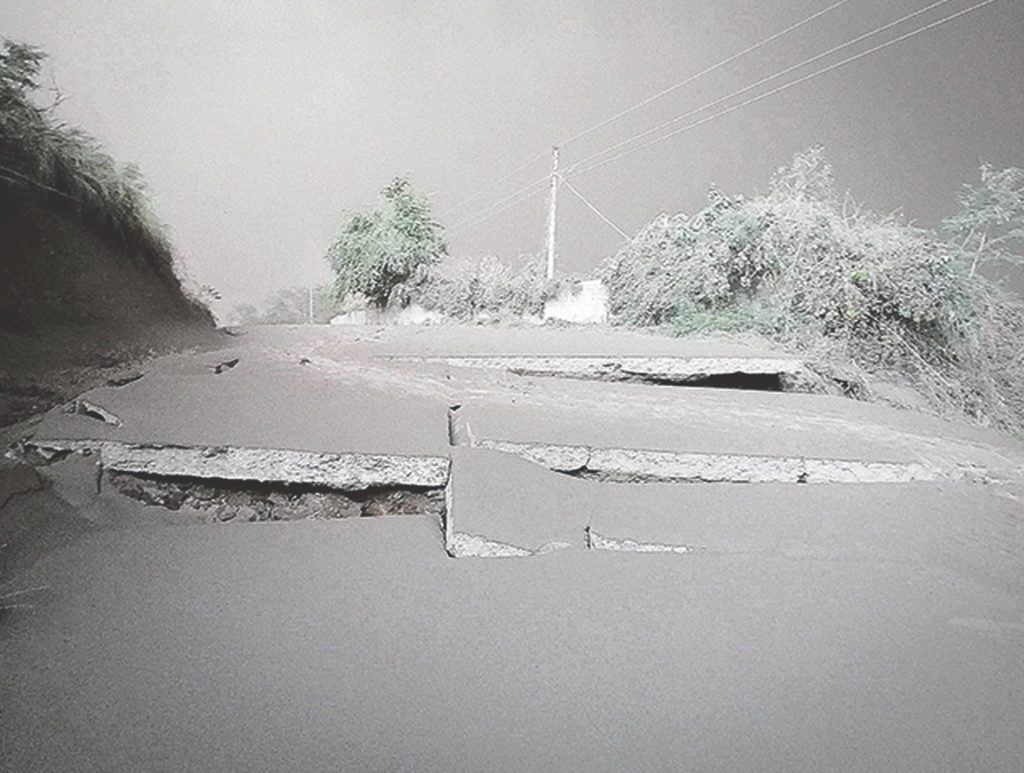 Cracks have rendered this road in Talisay, Batangas unpassable. Volcanologists have warned that ground fissures and tremors are signs of a looming eruption | ManilaTimes.net photo by Gerard Seguia

The Philippine Institute of Volcanology and Seismology (Phivolcs) on Wednesday, January 15, said it has observed more fissures or cracks near the Taal Volcano amid its unrest.

Despite the Taal Volcano’s “generally weaker eruption” at the main crater, the fissuring of areas around it shows that it is very much active underneath, according to Phivolcs Director Renato Solidum.

“It’s the rising of the magma that is causing the fissures,” he said during a press conference on Wednesday. “If the rise of magma is continuous, there is higher possibility of activity in Taal Volcano.”

When asked if the new fissures or cracks were signs that a major or climactic explosion was fast approaching, Phivolcs Volcano Monitoring and Eruption Prediction Division chief Bornas said that it would be hard to tell.

Meanwhile, Solidum said it would be better to observe earthquakes instead.

“If we observe harmonic tremors or continuous earthquakes then it should be close (to a major eruption),” he said.

Phivolcs’ bulletin noted that, since 1 p.m. on Sunday, January 12, 466 volcanic earthquakes have been recorded, 156 of which were felt with intensities ranging from Intensity I to V.

“For volcanic earthquakes, that is strong,” Bornas pointed out.

“The earthquakes are also generated by the moving magma,” he added.

Taal volcano remains at alert level 4, which means a hazardous explosive eruption is still possible within days or hours.

The Department of Agriculture on Wednesday said farmers and fishermen who lost crops and livestock to Taal Volcano’s eruption could soon get zero-interest loans from the government.

Farmers and fishermen can take out a P25,000 loan payable in 3 years with zero interest under the government’s Survival and Recovery (SURE) program, Agriculture Secretary William Dar said.

Based on DA’s estimates, Taal volcano’s unrest left P577.4 million in initial damage to agriculture, including some 2,700 hectares of farmland and almost 2,000 animals.

Calls for donations started on Monday, January 13 to help victims and evacuees in the wake of the eruption of Taal Volcano in Batangas.

NVC will shred your case if you don’t respond