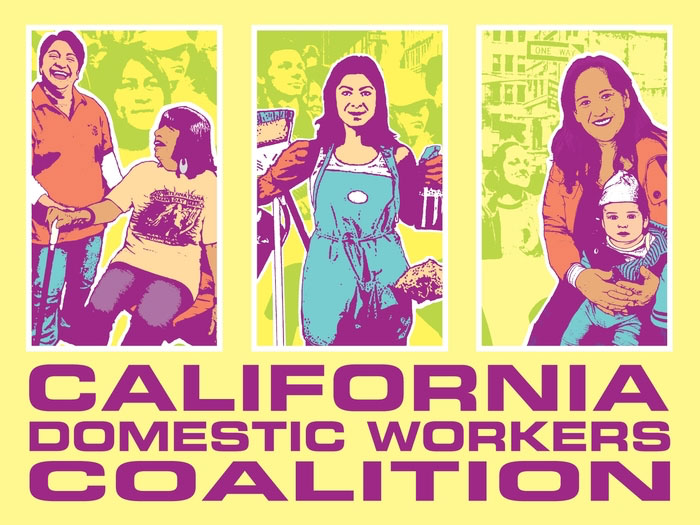 AS of mid-June domestic workers are now included in workplace protections guaranteed by the Division of Occupational Safety and Health, also known as Cal/OSHA.

The Health and Safety for All Workers Act, SB 1257, brings a historic end to the exclusion of household domestic workers from Cal/OSHA protections, which requires employers to provide safe and fair working conditions, fair wages and proper health care, especially amid the COVID-19 pandemic.

“Despite the many challenges domestic workers have confronted during the COVID-19 pandemic, our coalition has continued to adapt, grow and advance the dignity of immigrant women workers,” Kimberly Alvarenga, director of the California Domestic Workers Coalition, which co-sponsored SB 1257. “I think we have gotten this far because worker leaders, employers, and allies have organized and mobilized to make hundreds of phone calls to senators and have shared their stories in lobby visits and on social media about why we so urgently need health and safety protections for domestic workers, especially in the face of COVID-19 and another fast approaching wildfire season.”

The vast community of overseas Filipino workers (OFWs) are particularly vulnerable to domestic worker exploitation. As previously reported in the Asian Journal, Filipinos are often promised by employers (many of whom are also Filipino) adequate wages and access to citizenship but are given neither once they begin working.

What’s more is that a vast majority of these workers are undocumented with little options to access legal immigration channels without the help of their employers; in turn, many victims have reported that their employers have threatened them with reports to authorities.

But the COVID-19 pandemic and lockdown measures have further complicated the conditions domestic workers face daily.

“Many of our homecare workers have gotten sick with coronavirus because they were exposed at work and didn’t have proper health and safety training and equipment,” Lolita Lledo, associate director of the Los Angeles-based Pilipino Workers Center (PWC), said in a statement emailed to the Asian Journal.

PWC is an organization in LA’s Historic Filipinotown dedicated to the rights of Filipino workers, many of whom are undocumented and susceptible to exploitation and currently, the organization is working with about 100 Filipino victims of worker exploitation.

Lledo also mentioned that because of the pandemic, many workers have been hospitalized and some have passed away due to complications with the virus.

“This day is a victory for those homecare workers,” Lledo said.

Beyond the risks and adjustments brought on by the COVID-19 pandemic, Filipino domestic workers have historically and presently been the subjects of exploitation. The harrowing story of Nanay Fedelina Lugasan, a human trafficking victim who recently passed at the age 83, captured the severity of modern-day indentured servitude.

Following her reuniting with her family earlier this year, Lugasan was separated from her family for 65 years as a domestic helper in Manila and then in Northridge, California, a city north of Los Angeles. She endured verbal and physical abuse from her host family who often refused Lugasan meals and rest and hid away from her important documents like her passport and birth certificate, as previously reported by the Asian Journal.

PWC has also estimated that Lugasan’s back wages roughly added up to $1.6 million according to California’s minimum wage in 1980 when she began working in Northridge.

By including domestic workers from SB 1257 was designed to fully protect workers from the kind of abuse and neglect that Lugasan endured throughout the decades.

Vicenta Martinez, a house cleaner and worker representative at the Instituto de Educacion Popular del Sur California (IDEPSCA), said in a Zoom meeting celebrating the passing of SB 1257, “I am so excited right now I feel like my heart is going to jump out of my body,” said Martinez. “This victory means so much because as domestic workers we often feel that our hard work is not really seen or appreciated by our employers or by society. I worked cleaning homes through the fires here in LA, and my employers never even gave me a mask even though they knew that my health was at risk cleaning in such smokey conditions, while also using strong chemical cleaning products. It motivates me to know that we are one step closer to having the legal right to safe working conditions.”

Per Senate approval, SB 1257 is now being processed in the State Assembly in the legislative process and will be sent to the desk of Gov. Gavin Newsom for his approval. (Klarize Medenilla/AJPress)

Reach back to your roots but grow new fruits

Meet the Filipina American ensuring Californians fill out the 2020 Census