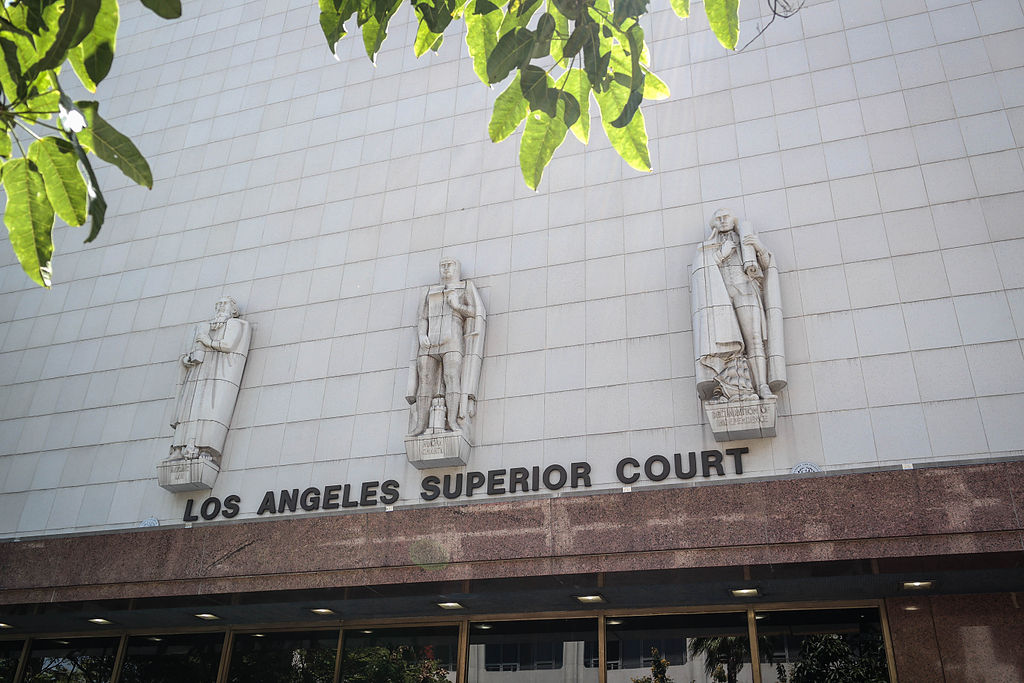 A JUDGE in Southern California embraced a new state law allowing victims to claim coercive control, that was designed to tip the balance in favor of women seeking child custody and restraining orders.

It didn’t take long for Emily Caesar to realize that her husband Trevor had to have his way on everything — how she dressed, who she spoke with, how much she ate, where she went. He never let her forget that he was head of the household, Emily told the court.

Emily provided written documents and audio to show how he had allegedly abused her time and again. “I felt I was not allowed to have my own thoughts,” she recalled.

Her attorney, Minty Siu-Kootnikoff, filed for a temporary restraining order in February 2021 and custody of the couple’s then 6-year-old son.

Siu-Kootnikoff was one of the first lawyers to invoke a new legal tool California had enacted just a month earlier that allows victims to claim a pattern of “coercive control” — psychological abuse that does not necessarily end in physical harm.

Siu-Kootnikoff, legal services director at Sojourn, a domestic violence shelter in Santa Monica, viewed the recently enacted law as the best tool for getting her client a legal remedy.

“Domestic violence is about control, and is not limited to physical abuse,” she said, noting the new law is “critical to addressing abuse that is not dealt with in the criminal codes, yet is as damaging and destructive as a black eye or broken arm.”

While not all judges are sympathetic, the conclusion of the judge who heard Emily’s case shows that at least a few jurists seem to have gotten the message.

“The court’s views of domestic violence are evolving over the years,” Judge Michael J. Convey of the Los Angeles County Superior Court noted in his Feb. 5, 2021, ruling on the case, to “reflect more subtle, more insidious, if you will, behaviors that can be called violence or abuse.”

Convey agreed with Siu-Kootnikoff that what Emily had undergone for years was indeed coercive control, affirming what proponents say is the purpose of the reform, which is to give victims like Emily the benefit of the doubt.

The 2020 California law, introduced by state Sen. Susan Rubio, herself a survivor of domestic abuse, widens the definition of domestic violence and allows victims to introduce evidence of coercive control in applications in family court for a restraining order or child custody. The coercive control law applies to civil, but not criminal, cases.

California became the second state in the nation to adopt such a reform, following Hawaii in September 2020.

In July 2021, Connecticut passed a law similar to California’s, with two additional provisions: It set up barriers that prevent abusers from dragging their partners to court for frivolous reasons, while also establishing a grant program for low-income survivors needing legal assistance when applying for a restraining order.

Coercive control occurs when an abuser isolates an intimate partner from friends and family, takes over their personal finances and surveils their activity, or uses verbal attacks to reinforce authority.

It is “about domination and control,” noted David A. McLeod, an associate professor in the Social Work Department at the University of Oklahoma, who has researched and published papers on intimate partner violence. “If the abuser feels he is losing control, he will push his partner back into compliance.”

The view from the bench

Women’s rights advocates say enshrining the concept of coercive control gives family courts additional options to punish behaviors that have severe mental and financial consequences for victims and might become violent if not addressed early.

But they acknowledge it is hard to convince court officials that victims who claim coercive control should be taken seriously. Indeed, the education of judges in how to apply the law will be key to its success.

Chitra Raghavan, a women’s rights advocate and forensic psychologist at the John Jay College of Criminal Justice in New York, says it may take at least 10 years to know how well the laws are working.

They ran their web designing business out of their home in Castaic, in Los Angeles County. But early on she also noticed how “controlling and narcissistic” Trevor could be, she said. In 2015, they divorced, sharing joint custody of their son, then a toddler.

Three years later, they got back together, agreeing it would be better if Trevor were more involved in the child’s life, according to both parents.

“He’s absolutely my world,” said Trevor about his son in a recent telephone conversation.

But once they were back together, Emily said the abuse only intensified.

In November 2020, when Emily was trying to get her son ready for school and sought Trevor’s help because the boy would not cooperate, Trevor held her by her arms and pushed her “multiple times” in front of their son, according to testimony. She included pictures of bruises on her arm as exhibits.

Trevor alleged that he was a victim too. “It’s difficult to summarize these very personal events,” he said over the phone. “But I can tell you there was a lot of violence perpetrated by her against me.”

At the trial, Chung said that Emily smoked marijuana in the presence of their son to deal with her diagnosed anxiety disorder, diminishing her parenting skills.

But Convey dismissed that allegation: “There has been insufficient evidence that this use of either prescription drugs or marijuana has altered or impacted her ability to care,” he said.

He just as emphatically dismissed Emily’s accusations that Trevor was using non-prescription opioids and alcohol to excess.

But in his ruling, Convey granted Emily a temporary restraining order against her ex for three years along with sole custody of their son.

“I made mistakes,” Trevor said in an interview. But he said he found the judge’s decision distressing: “I’m having to entrust our child to someone who’s not stable.”

Both Trevor and Emily were ordered to attend parenting classes separately, while Emily said she continues to attend court-mandated group therapy.

Asked why she went back to Trevor after all she experienced, Emily said that’s a question she has often asked herself.

“All that I went through,” she said, “is behind me now.” (Viji Sundaram/Ethnic Media Services)

This article is part of a series on California’s coercive control law produced by the San Francisco Public Press, a nonprofit investigative news organization. It was excerpted, edited, and translated by Ethnic Media Services. Read the full story and others in the series at sfpublicpress.org/series/coercive-control. This reporting was underwritten by a Domestic Violence Impact Reporting Fund grant from the Annenberg Center for Health Journalism at the University of Southern California.