Voting has already begun: How to vote early in LA county

Report: Duterte among world leaders with a big stake in US election

34 dead, names of 9 victims have been released

SANTA Barbara County authorities on Friday, September 6 have identified 18 victims and released the names of nine who perished in the tragic boat fire in Santa Barbara County over Labor Day weekend.

Those still unidentified and unaccounted for include a Filipino American family: Michael Quitasol, his current wife Fernisa Sison and Quitasol’s daughters from a previous marriage: Evan Quitasol, Nicole Storm Solano Quitasol and Angela Rose Solano Quitasol, who have been confirmed to be on the boat by the daughters’ mother.

“It is with a broken heart … 3 of our daughters were on this boat. As of now they are still missing,” the girls’ mother, Susana Solano Rosas, posted on Facebook. “We are getting the latest information from the media. The authorities do not have much to say to us. Thank you to all of you for your support, prayers and good wishes.

Evan Quitasol is a nurse at the St. Joseph’s Medical Center in Stockton, California (where her father and step-mother also worked), which released a statement saying it is “saddened” to learn that one of their own was involved and while no deaths in the family have been confirmed they are “mourning this great loss.”

“Everybody’s devasted. What caused the fire, that’s the big question, what’s what we all want to know,” Sison’s ex-husband Dominic Selga told USA Today, adding that his ex-wife’s family had been longtime divers and have been on the Conception “five or six” times.

On Monday, September 2, the 75-foot scuba diving vessel called the Conception was anchored about 20 yards away from Santa Cruz Island caught fire at around 3:15 a.m., according to the Santa Barbara County Fire Department.

Emergency services responded to the scene quickly with firefighters battling the blaze as the ship sank 64 feet, officials reported.

Five crew members of the Conception were able to escape the destruction by jumping overboard after which a nearby good Samaritan rescued them; one of the escapees suffered a broken leg. 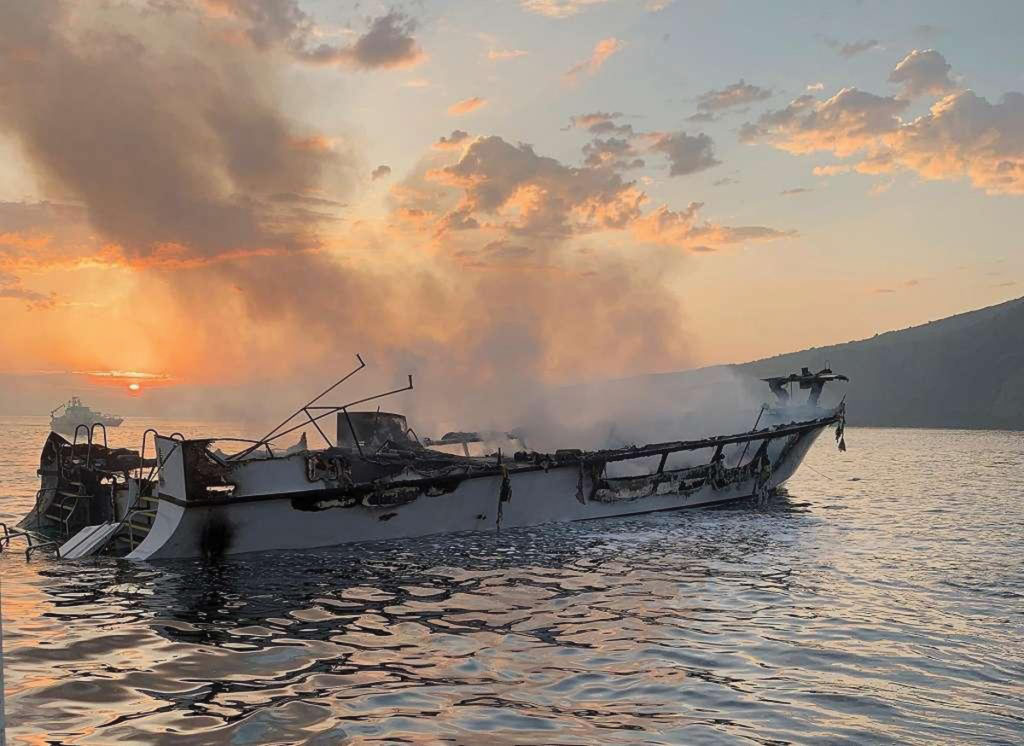 “This is probably the worst-case scenario you could possibly have. Fire is the scourge of any ship,” Santa Barbara County Sheriff Bill Brown said. “You couldn’t ask for a worse situation.”

Brown said that the families of the 34 victims have been contacted to provide DNA samples needed to identify the bodies.

The cause of the fire is currently unknown, and officials said it appears to be accidental, but an official investigation is underway.

Families and friends who are seeking information about loved ones who may have been on the Conception are encouraged to call (833) 688-5551. A family assistance center is being established at Earl Warren Showgrounds, 3400 Calle Real, Santa Barbara. For information, call (805) 696-1188. (Klarize Medenilla/AJPress)

[OPINION] This Labor Day, honor workers not just with words, but with action